The future of sticker autos

[This is just here for the first line of the song.]

Everybody hates stickergraphs, right? It's such a cop-out when a card manufacturer offers "autographed cards" in their product that are more precisely "cards that have an autographed sticker placed upon them." The person who signed it never touched the card nor even laid eyes on it. Stickers tend to be smaller than typical signatures require, resulting in scrunchiness, or incomplete autographs that couldn't be contained within the sticker boundaries.

Stickers have benefits for the company, sure. It's probably a lot cheaper and easier to have a guy sign a few sheets of little stickers than it is to have them sign a few hundred cards. The companies can "stock up" on auto'd stickers and ration them out as needed. If a guy changes teams before the sticker gets placed, they can hold off and not be stuck with an outdated card.

But the majority of the time, stickers simply look ugly, as if a piece of scotch tape was stuck onto a card. Ask a collector and I bet 10 out of 10 will tell you they much prefer on-card autograph cards. Some do their best to avoid stickergraphs all together. Others tend to stay away, but make a reluctant exception from time to time, often because sticker autos usually cost less than on-card equivalents (like me when I bought a Mike Trout sticker auto a few months ago).

But as more and more collectors are turning up their noses at sticker autos, card manufactures are looking for alternatives. One of the best ideas so far has been autographed pieces of clear acetate.

A signed piece of plastic like this gives the card maker a lot of flexibility, much like a sticker. I'm sure it's not as cheap and easy as slapping on a sticker, but the consensus of collectors is that, while still not as desirable as a real on-card autograph, these acetate autos can be pretty cool when done right, and a definite step above a sticker.

Let's take a look at a couple such cards I picked up recently. 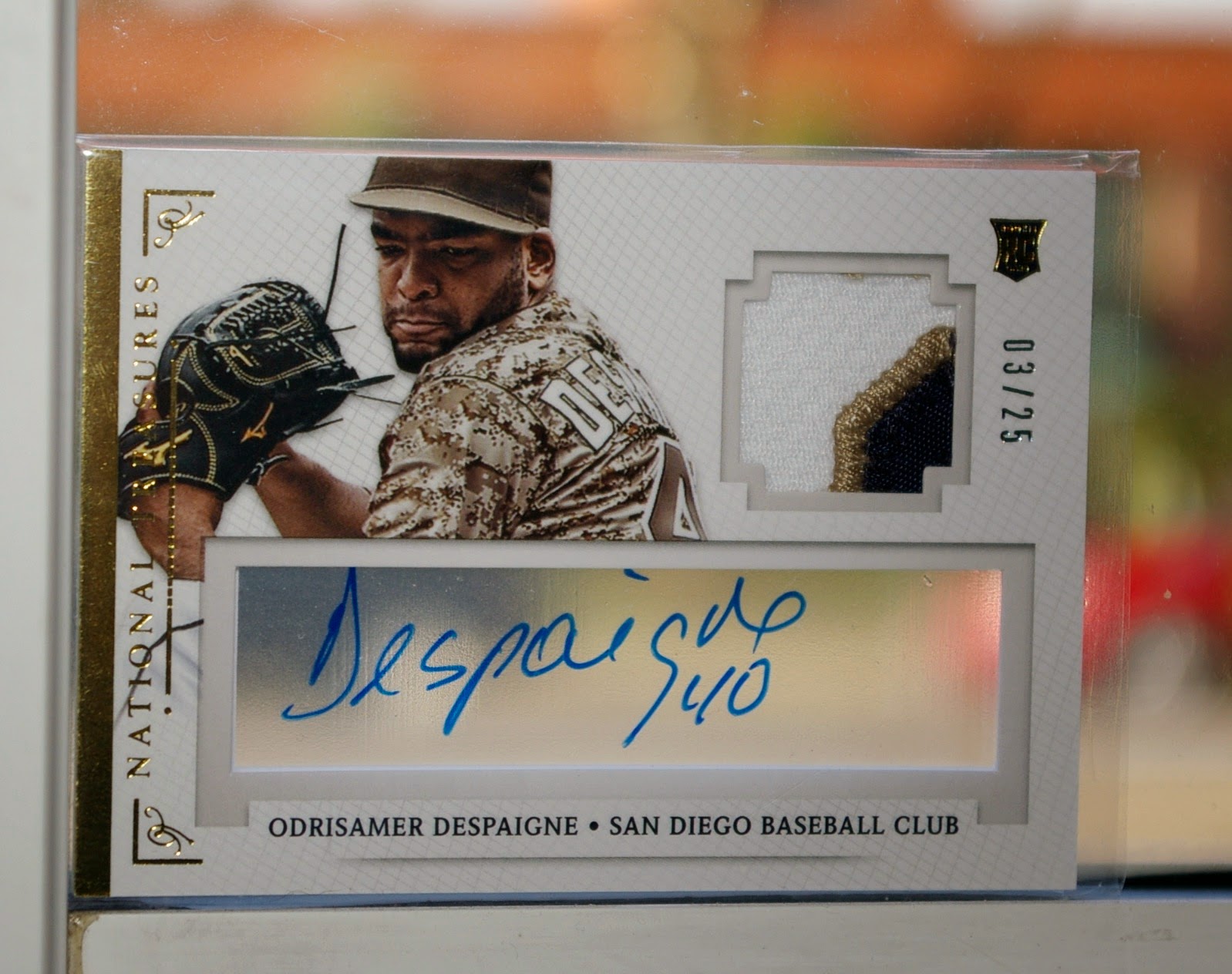 Odrisamer Despaigne ("o-dree-sa-mehr des-pawn-yay") pitched some impressive games for the Padres last season. Topps has pretty much ignored him, but Panini got him into a couple of their late 2014 releases. This is a pretty sweet card with a little piece of patch and a cool "see-thru window" autograph, #'d 3/25. 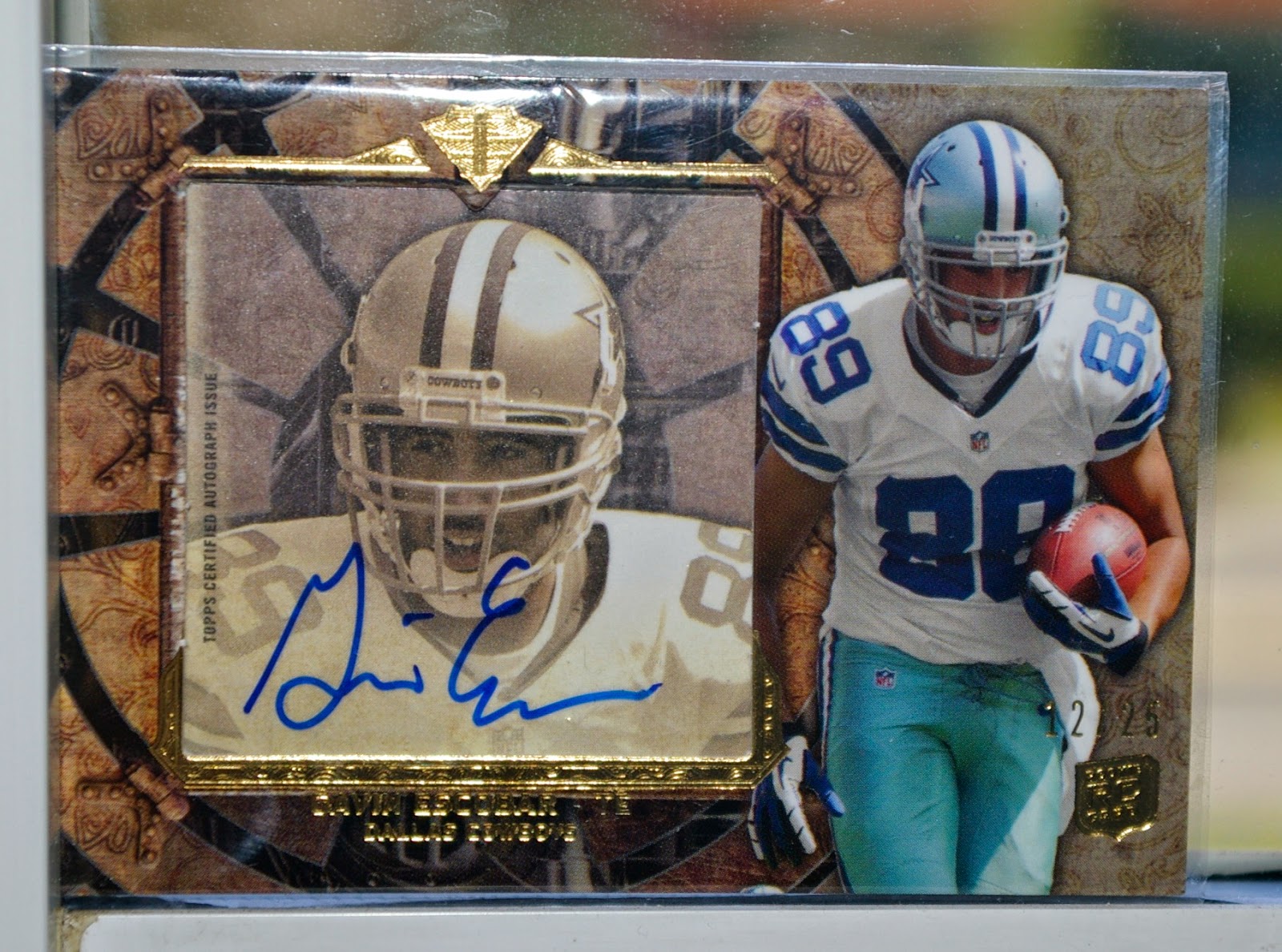 Just when I think I've bought my last Gavin Escobar card, another neat one at a decent price catches my eye. This one is even #'d 12/25 (yes, it's the 25th of the month and I've snuck a Christmas Card into my post as I like to do). Topps had Gavin sign a thin square piece of plastic and built it into a card with it placed over a photo. Similar concept to a sticker, but a lot better looking finished product.

While I still prefer on-card autographs, I do appreciate when card companies make an effort to do something beyond an ugly, boring sticker.
Posted by defgav at 12:26 PM