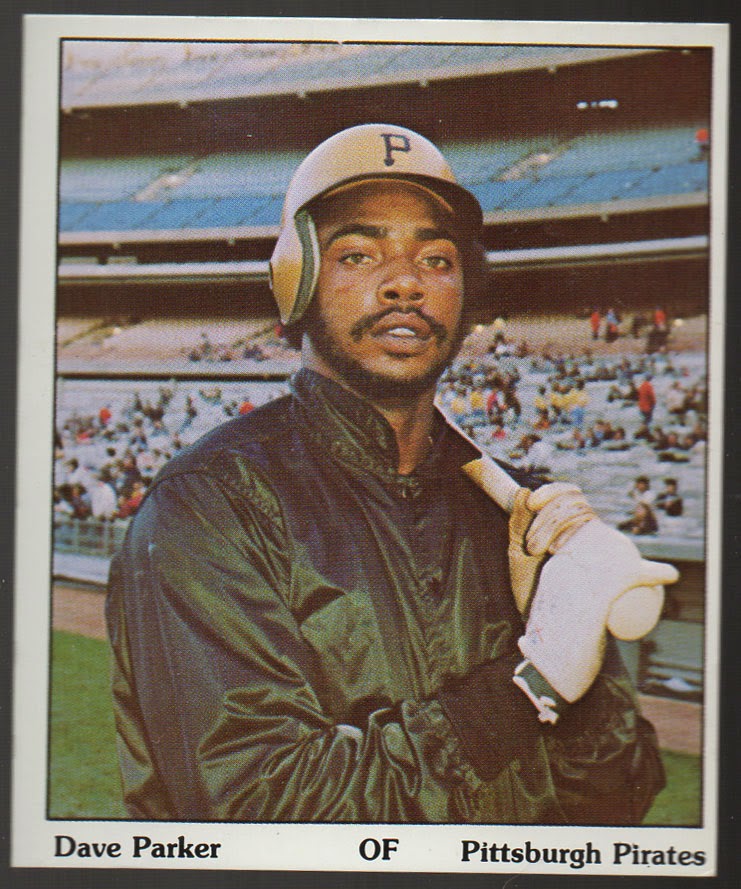 I wasn't familiar with these SSPC puzzle cards (the backs form a picture when you collect them all, sort of like Topps All-Star cards did back in the day), but a seller has been making it rain with these things on Listia lately. I bid on a few but only ended up winning Cobra here. These are larger than a standard card, so storage might be an issue. I also won a '75 SSPC Ted Williams manager card from the same seller in a separate auction, but it never arrived. Not cool. Hope it shows up eventually.
790 credits 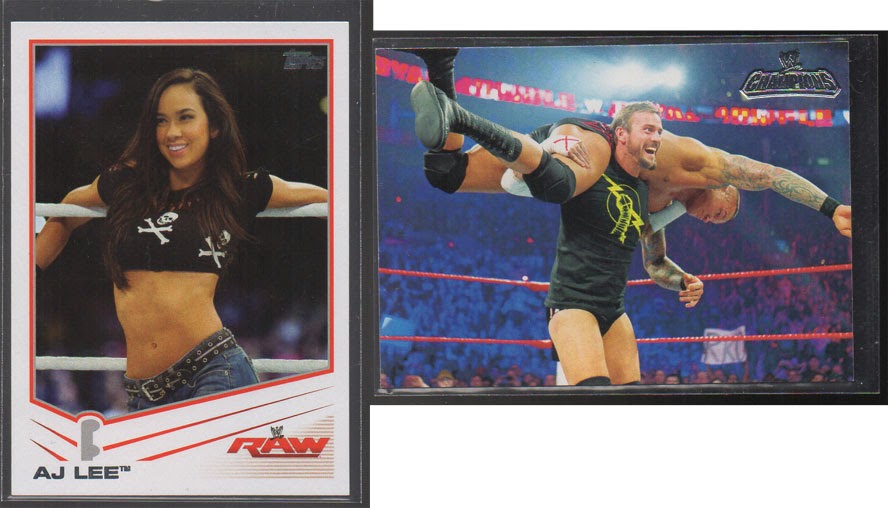 Hey, there's my girl, AJ Lee! What a nice looking card that is. Mmmm. This was a 2-card lot and the dude with the goofy look on his face is apparently CM Punk, whom I'm to believe is married to AJ, though I'm not sure if that's just "on the show" or in real life.
808 credits

This was a 6-card lot of Robbie Alomar, but I only scanned the three I needed. That's not a young David Ortiz in that '95 Score card on the right, though I did have to do a double take.
510 credits

I feel kinda dirty winning 3 separate auctions for D-back cards. But 2 Goldschmidts and a Randy Johnson.. not too bad. I think that card on the left might be my first 2014 Stadium Club card. I know most of the blogosphere was smitten with the product, but honestly it fills me with indifference.
963 credits total 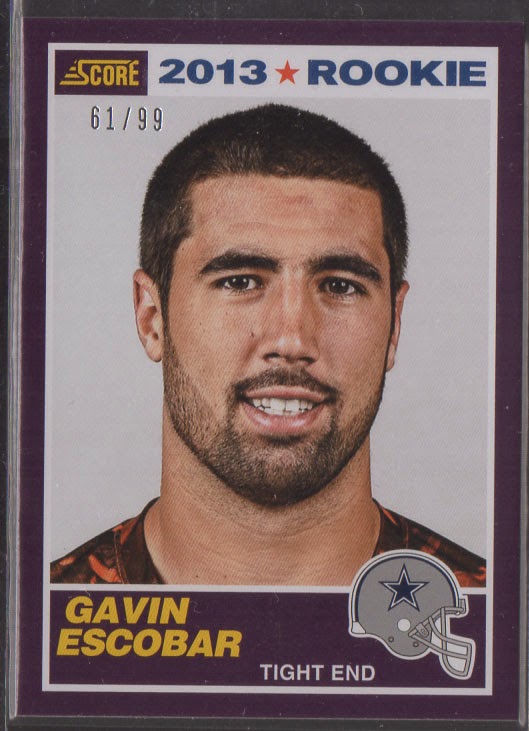 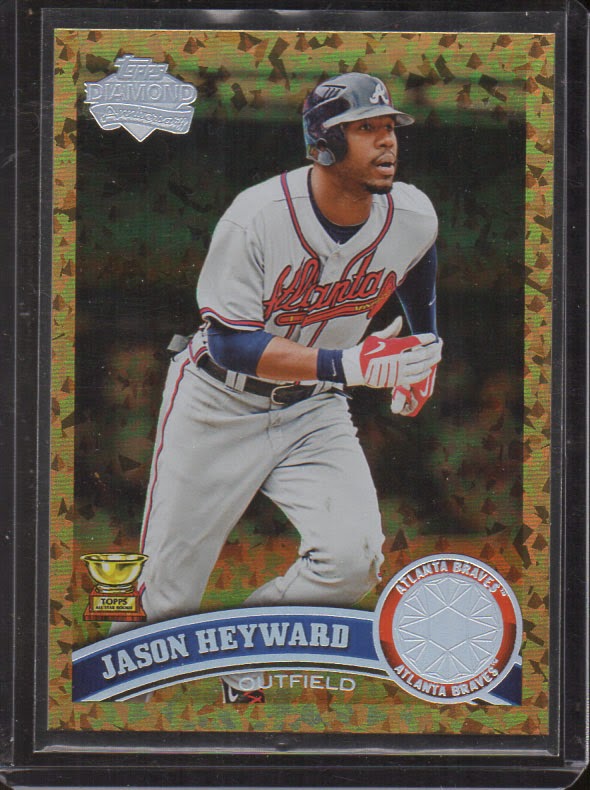 One evening I got a little buzzed threw bids in on a few random cards that were ending soon. This was one of them. I love those 2011 cognac parallels. Liquorfractors, that is. If I had more time, I would have made it an animated gif. Just doesn't seem right letting it sit there flat and still!
503 credits 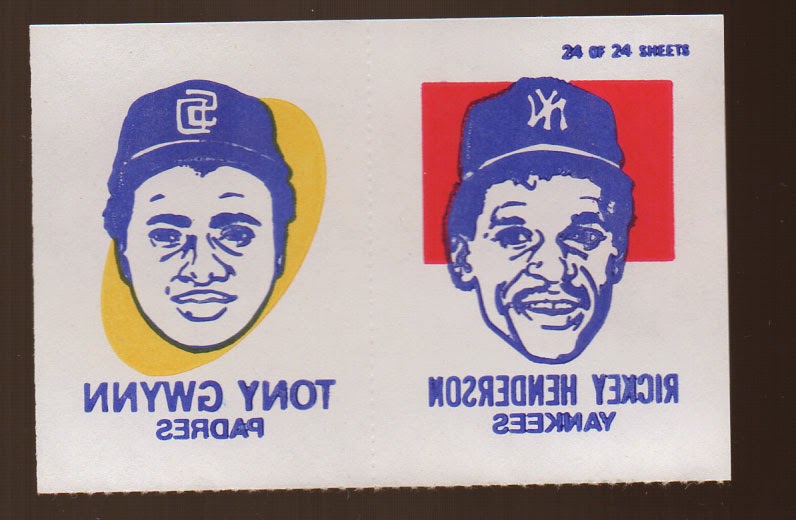 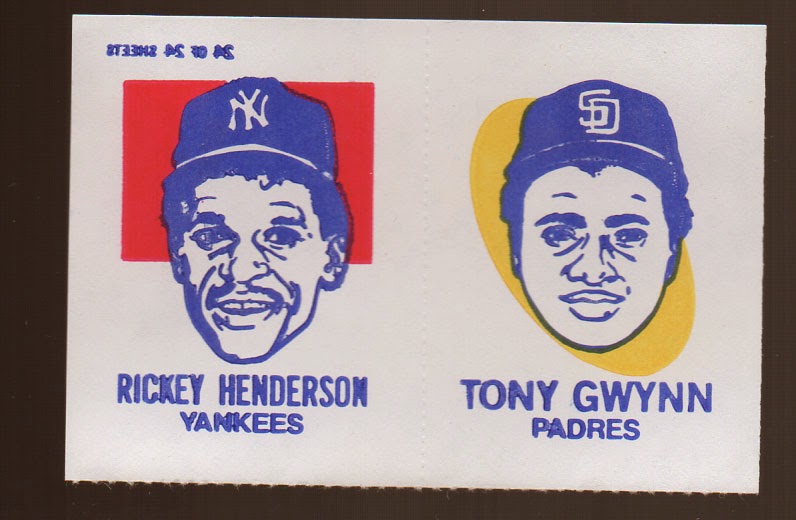 Through the magic of technology, this is what the tattoo looks like when it's not backwards.
1000 credits 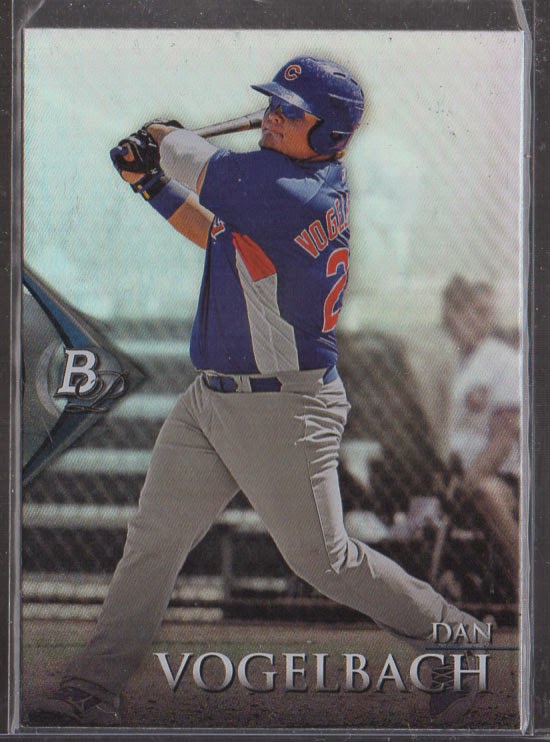 Vogelmoster! For some reason I have to collect everybody P-town Tom collects.
305 credits 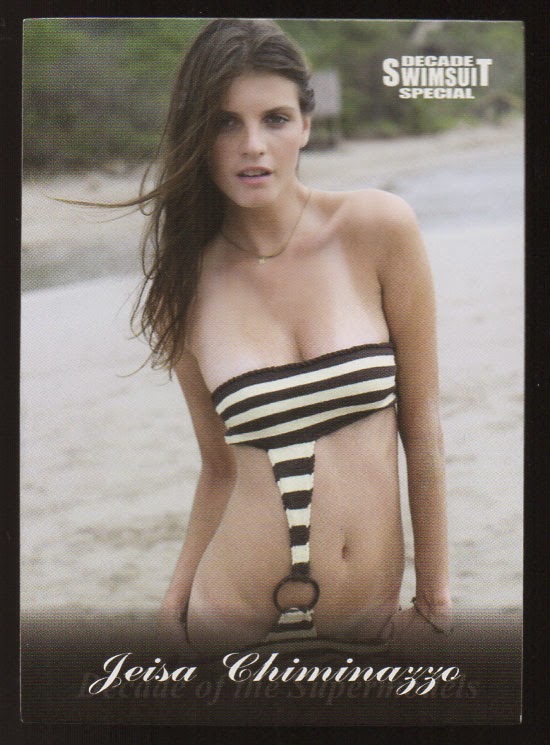 Two "girlie cards" in one week? Yep. This was from my earlier drunken Listia spree. I was bidding on a different girlie card, but lost out. Desperate and frustrated, I went looking for other girlie card auctions about to end. Kind of like last call at the singles bar. One thing led to another and Jeisa here came home with me. Sure, she's no AJ Lee, but still quite lovely. However, in the sober light of day, I'm left questioning my choices and not seeing a long-term future with her.
404 credits, though, so not a big deal

It was a big week for Baseball Card Breakdown! My paranoid ramblings on counterfeits and customs reached a lot of people. (Really, though, it's something I feel strongly about so I'm glad it got some traction. Big thanks to everyone who retweeted it on Twitter for helping get the word out.) My post about acetate auto cards also got a nice number of hits. The guy from The Breaks even tweeted about it and said kind things about my blog. He's a bit of a celebrity in the collecting world, so that was super cool to get a shout-out from him.

Well, thanks for stopping by.
Posted by defgav at 4:23 PM