Tom Fordham went to my high school (Guys from Granite)

There have been 7 graduates from my high school to play in the major leagues (Granite Hills High School in El Cajon, California representing!) I've managed to obtain at least a couple cards from them all. I'm tipping my cap to each of them in this recurring Guys From Granite series. We're counting them down in ascending order by career games played, working our way to the most successful GHHS Eagle. This is part 4 of 7. 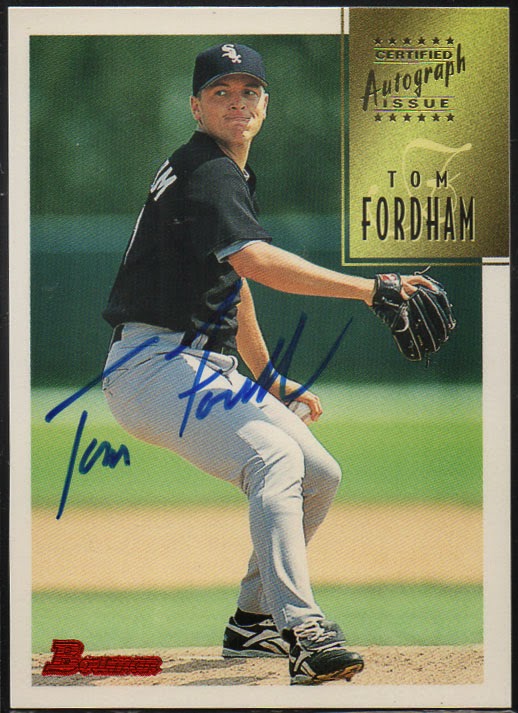 Tom Fordham has the distinction of being the only graduate from Granite to ever pitch in the major leagues. Like many GHHS grads (myself included), Tom spent "13th grade" at Grossmont College, a local community college, which I've previously talked about more in recent posts about Chris Jones and Mike Jacobs. Drafted by the Chicago White Sox in the 11th round of the 1993 amateur draft, Tom worked his way up through the minors (highlighted by going 15-3 with a 2.70 ERA in 1995) and cracked the majors in 1997, pitching in 7 games near the season's end. His debut was a start against another rookie, Toronto's Chris Carpenter. It would be Carpenter's first win ever, in a career that included a Cy Young Award and 2 World Championships. Tom Fordham's path, of course, would not be quite as filled with glory.

But hey, he did go on to pitch 29 more games for the White Sox in 1998. Tom was back in AAA the following year, without much success. After a couple decent years on the Brewers AAA club, he missed all of 2002 with an injury. He tried to mount a comeback in 2003 with the Pirates organization, but was out of baseball after that. His lifetime MLB record is 1-3 with a 6.61 ERA in 36 games, 6 of them starts.

Looks like he's still living in El Cajon, doing well with a couple kids of his own now.
Tom graduated the year before I got to Granite, so I just missed being schoolmates with the guy. I wasn't familiar with him till I started looking into baseball players that went to my school, but it's pretty cool he pitched in three dozen big league games.

There are several Tom Fordham cards out there-- 34 according to Beckett-- highlighted by a few from Bowman and Upper Deck. Here's what I got: 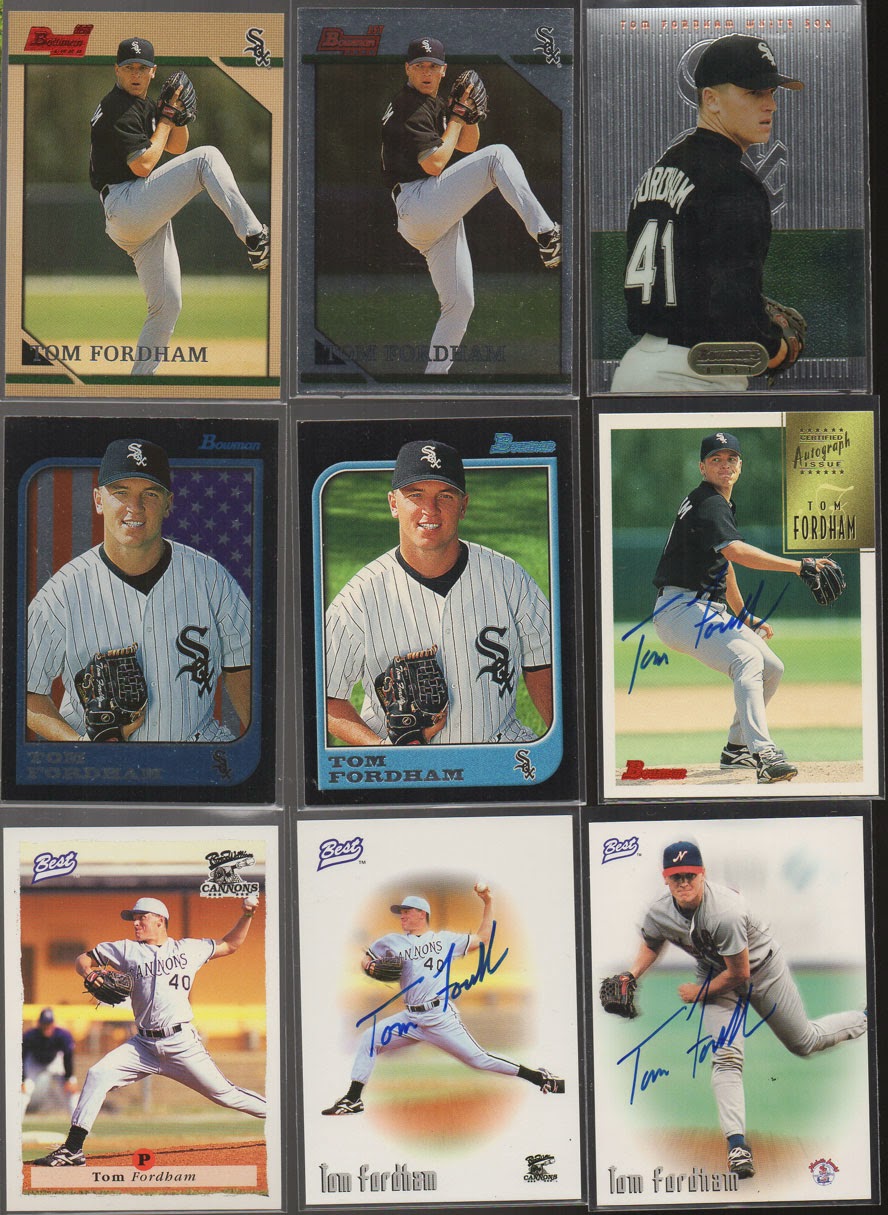 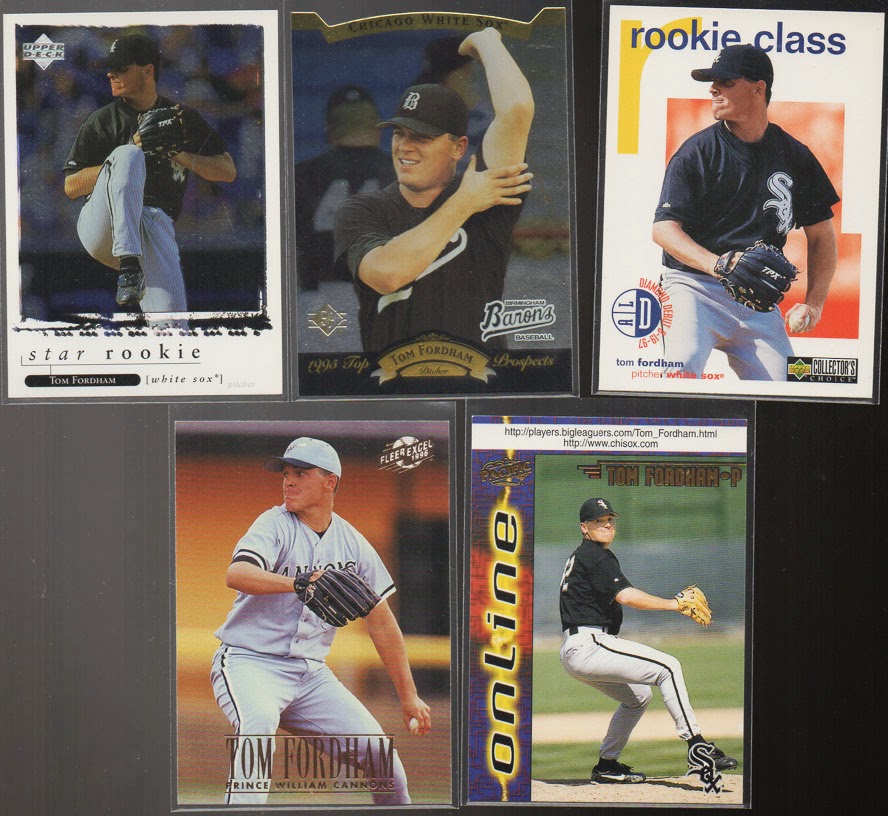 If you have any cards of this guy I need, feel free to get in touch with me about a trade. Thanks!

Fordham had several certified autograph cards put out, three of which I've gotten (above).

Next up on the countdown is the only Granite Hills Eagle to ever win a World Series. Stay tuned.