It's time once again for the Baseball Card Breakdown Weekly Wednesday (W)roundup.

I haven't been doing a whole lot of trading lately, though I've been active on Listia, so that sort of feels like trading. I keep on selling cards from my trade boxes (mostly football cards from a pennybox I bought at a card show a couple months ago), and then spending the proceeds on cool cards for my collection.

Here's my big score for the week... 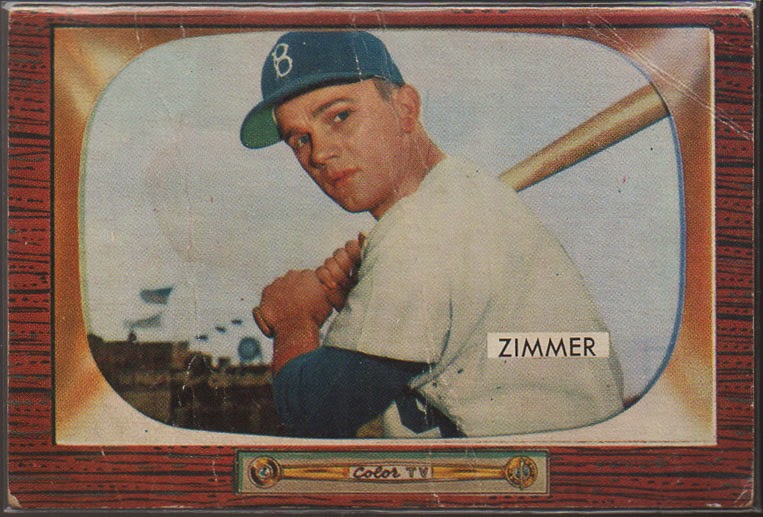 Don Zimmer 1955 Bowman rookie card. It's in rough shape, but not too pricey, so I'm ok with it. Zim is a guy I've sort of started collecting over the past year. As I've said before, being a Padres fan doesn't allow for many vintage cards (pre-1969) to go after. So pre-Padres cards of prominent future-Padres is a decent solution for team-minded vintage collecting. And Zimmer fits into that group thanks to beginning his managerial career with San Diego in 1972-1973. And beyond that, he's just such an iconic baseball lifer who's fun to collect, and inexpensive for a "household name" from that era. This card features a rare photo from before he was bitten by a radioactive gerbil that morphed him into an adorable man-gerbil hybrid. In the offseason, I can picture Gerbil-Man in full costume fighting crime and promoting youth baseball in the inner-city. He was a good one. 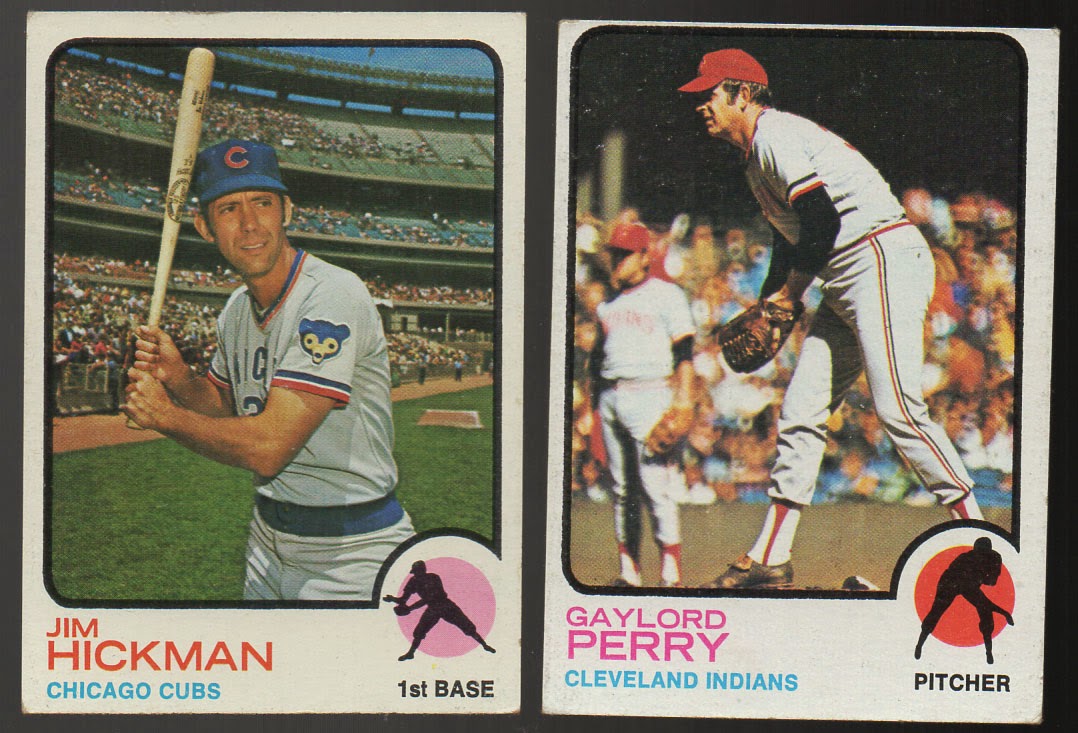 Gaylord Perry is another oldtimer-turned-Padre. I had his 73 Topps card already, but picked up another for my setbuild. (I could've sworn I also won an autographed copy of this card on Listia a couple years back, but it's gone missing. I hope it turns up someday.) The Jim Hickman was another set need. It's a high number (#565). I'm approaching the homestretch with this set, currently at 86.55% complete. 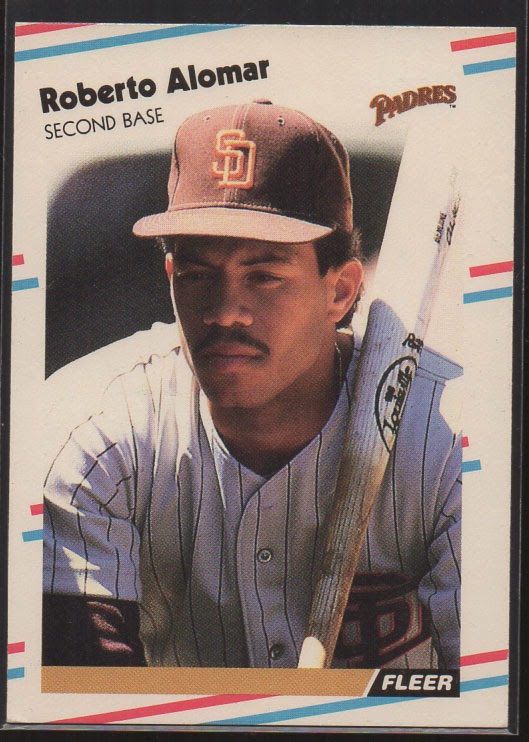 Seems like one of the very few Padres-era cards of his I was missing, but didn't have Roberto Alomar's 1988 Fleer Update rookie, so put in a bid and won it cheap. Expect Robbie to be a mainstay on these Listia roundups until I finally crack 100 of his cards. 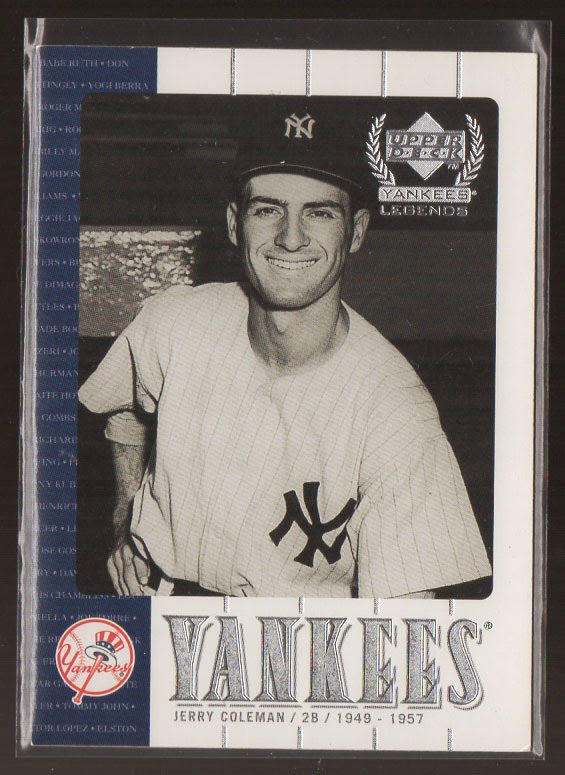 Love adding new Jerry Coleman cards to my collection. This also came with a similar Bill Dickey I don't need. Unfortunately they came from a clueless seller who threw the cards loose in an envelope, so of course corners were dinged in shipment. Oh well. (BTW, I'm really excited about another card of The Colonel I won recently.. look for it in next week's roundup.) 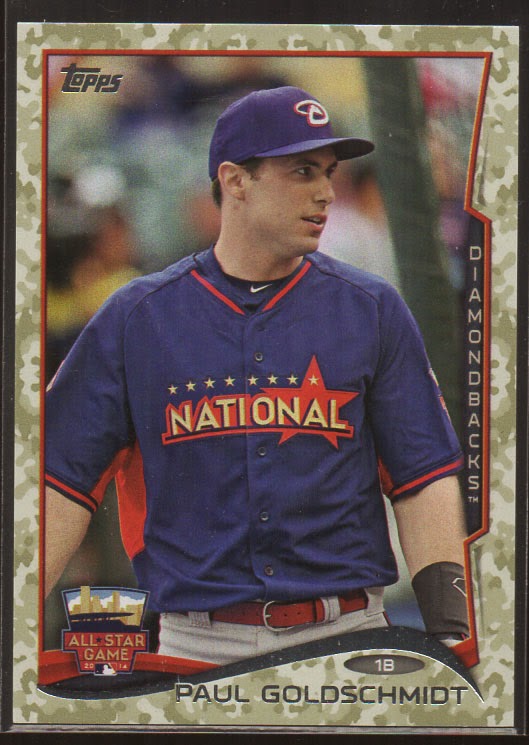 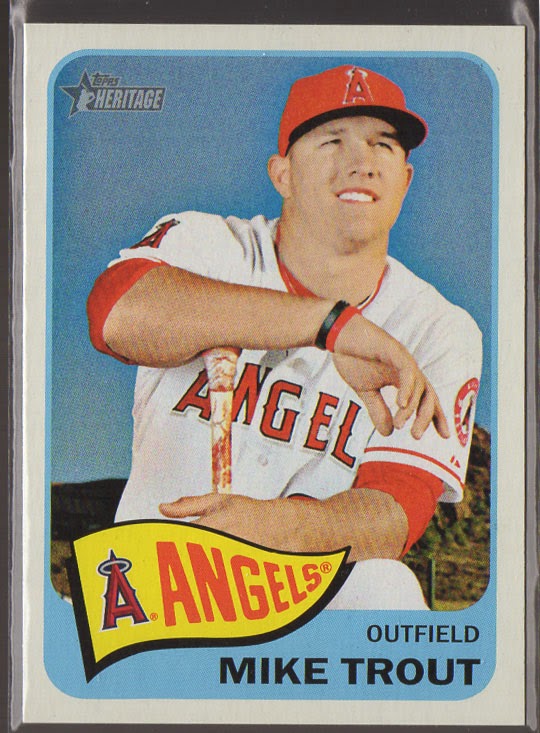 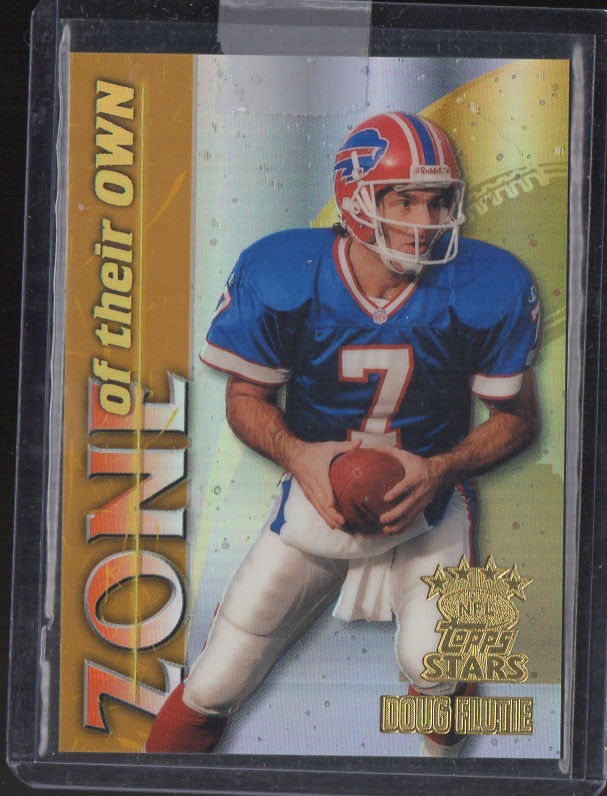 Doug Flutie is pretty cool. This card is #'d /1999 and cost me 495 credits. "Zone of their own" rhymes. I should start a minicollection comprised of subsets/insert sets that have a rhyming name.(No, I shouldn't! But someone should. Nick? John Miller?) "Call to the Hall" and the like. Now I'm trying to think of more. "Bringers of Dingers" isn't a real insert set (according to an eBay search I just did), but it should be. You guys should make up some fake rhyming insert names of your own in the comments below. Panini will be all over them.


Not pictured: David Ortiz lot of 15 cards. Sorry, I filed them away before scanning. I needed nearly all of them, so that was nice. Included were a couple sparkly cards and a couple numbered cards. The seller was delayed on sending and made up for it by including several more Red Sox.. very cool of him. Some of them I could use, and the rest will be headed to Hoyle. I'm now up to 85 different Big Papi cards. Just 15 more to knock him off my wantlist and into the Hundred Card Club.


Now for the part where I guilt you for not reading everything I post, also known as the webtraffic roundup.

Chris Jones, but not that Chris Jones (Guys from Granite) [1/9] 44 views. If you skipped this post, you should at least scroll down to the "fake cards" because the photoshopping is so bad they're good for a laugh.

Sock Card ain't no game [1/12] 55 views. A gripping, spine-tingling story from my childhood about the time I stole a baseball card. I'm thinking about turning it into a screenplay.

Surprise Hoyling [1/13] 38 views. Recap of a nice package of cards from Mark Hoyle. 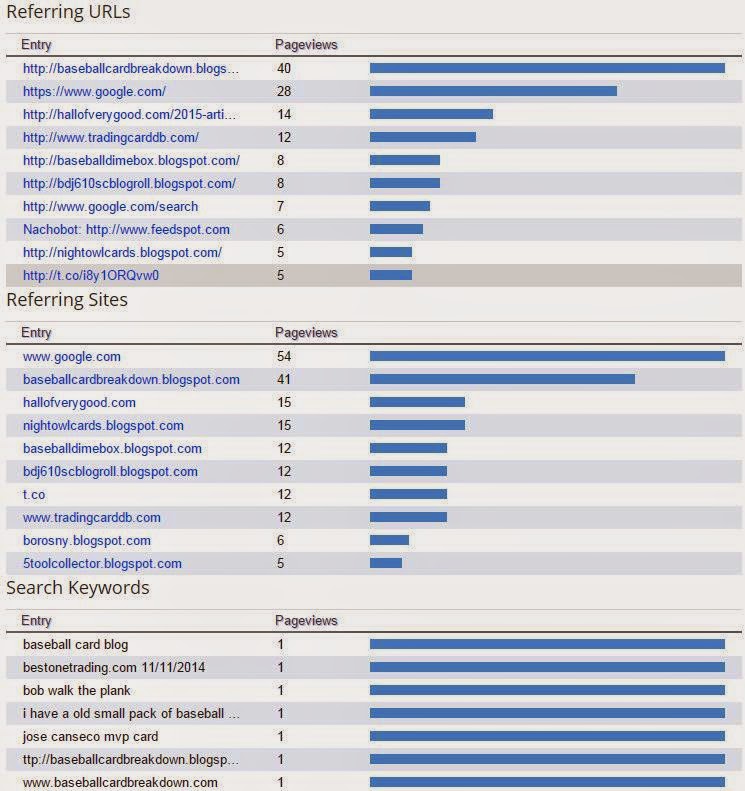 So, not a bad week, but a sharp dropoff from the Wallet Card hype the week prior. Perhaps Wallet Card will end up being the Simpsons to my Tracey Ullman Show. By that I mean it will grow in popularity and go on for a very long time.. Long after the origins are forgotten and gone. But hey, if that ends up being my blog's legacy, I'm ok with that!