Cards and a toy from Tony's Sports Pub

I recently completed my first trade with Tony V. from Tony's Sports Pub. He really blew me away with a whole bunch of great stuff I needed. 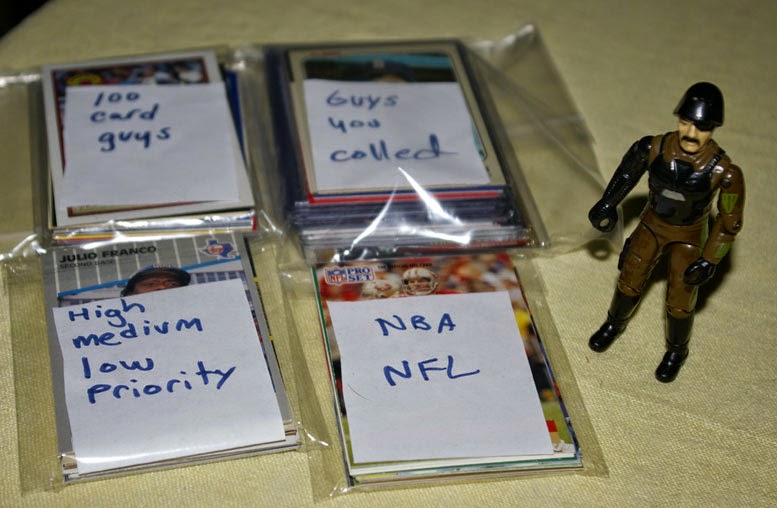 Well-organized lots, and a bonus '80s G.I. Joe action figure! I'm pretty sure I owed Major Bludd here long ago when I was a kid, and it's great to be reunited. 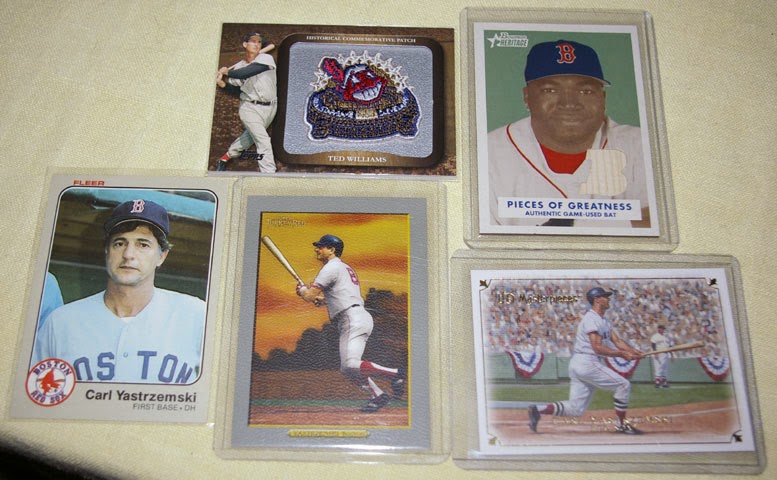 Some Red Sox Royalty.. love em. The Ortiz bat relic is great because I think that was like the only major type of hit I was missing from him and I was wanting to get one since I'm on the cusp of knocking him off my wantlist when I reach 100 cards. That's a well-rounded PC now. 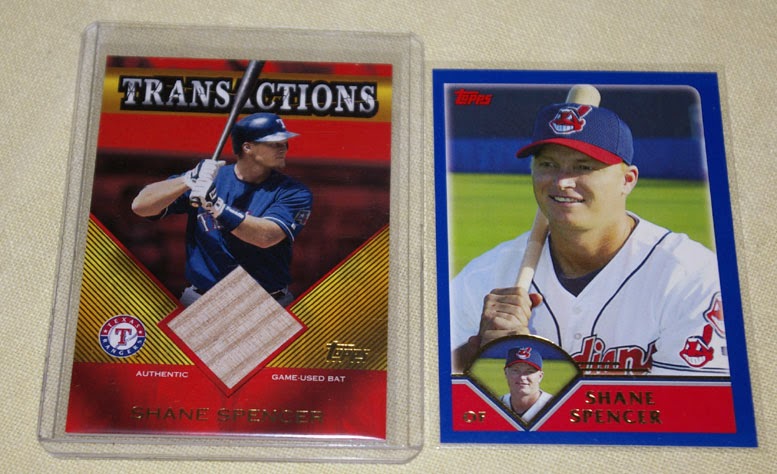 The only card I knew to expect, this Shane Spencer bat relic was the card that inspired Tony to propose a trade after reading my post about Spencer going to my high school from a couple weeks ago. Great addition to my Guys From Granite minicollection. 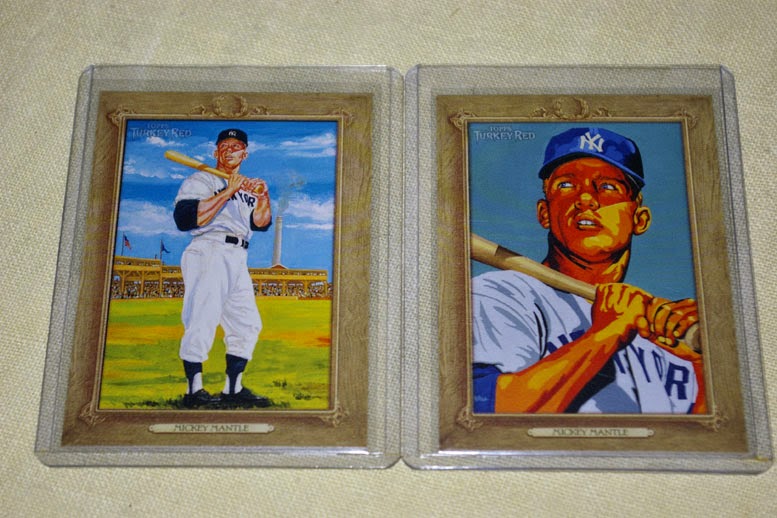 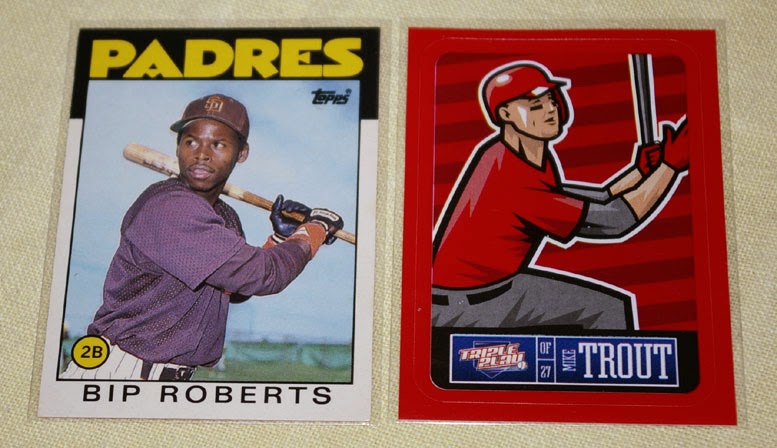 Changing of the guard. 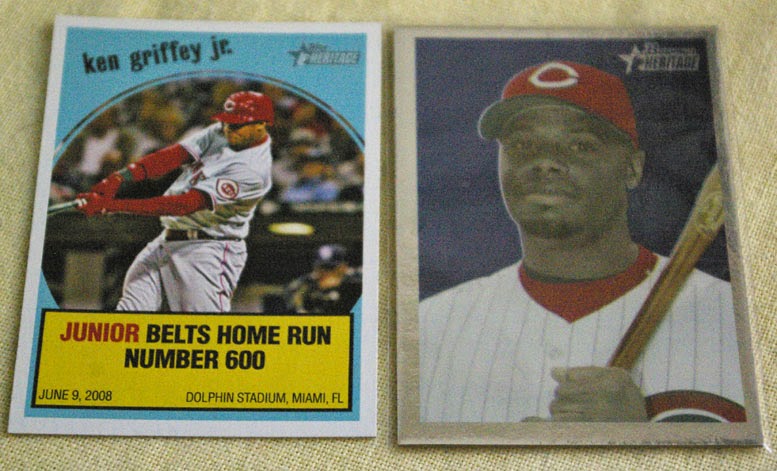 A couple neat Heritage Griffies. That silver bordered one is pretty thick. 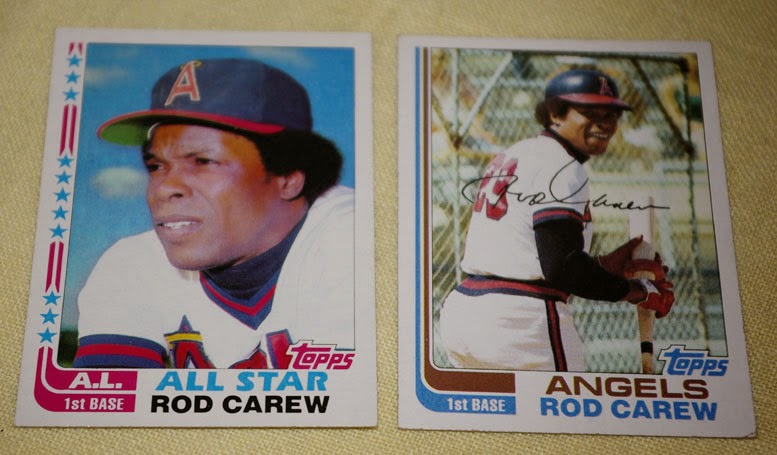 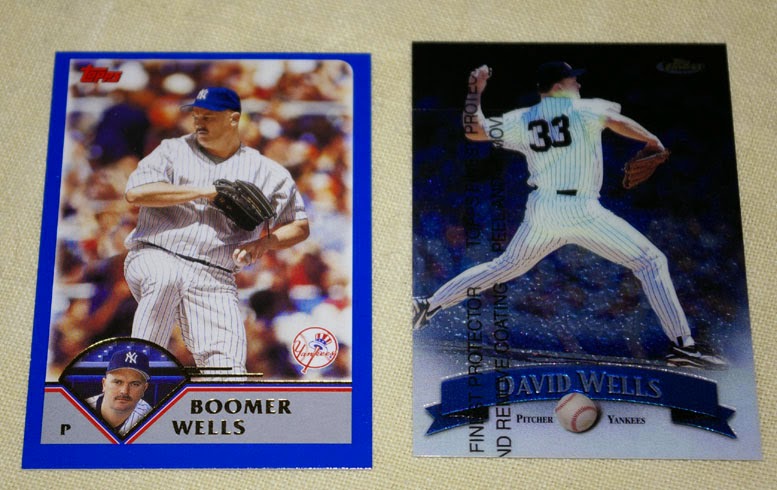 Boomer Wells. Funny story in the news recently where Jay-Z met him at a party asked him about his legendary bloody sock game. Um, wrong guy, Jay! 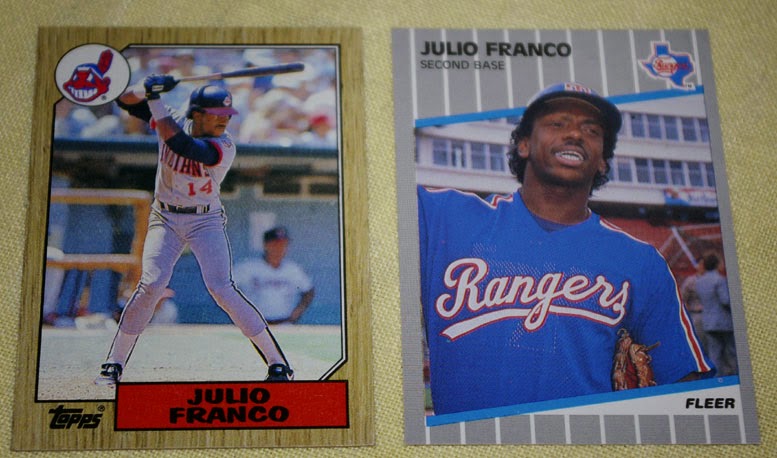 Julio Franco. Did you hear he recently signed to be a player-manager for an independent Japanese team? He's a hero to old guys everywhere. Never stop, Julio!

A great trio of '83 Fleer. Bud Black also has a "Black & Decker" card out there. Obviously doesn't take himself too seriously, which is nice. Now if only he can lead the Padres to a dynasty... 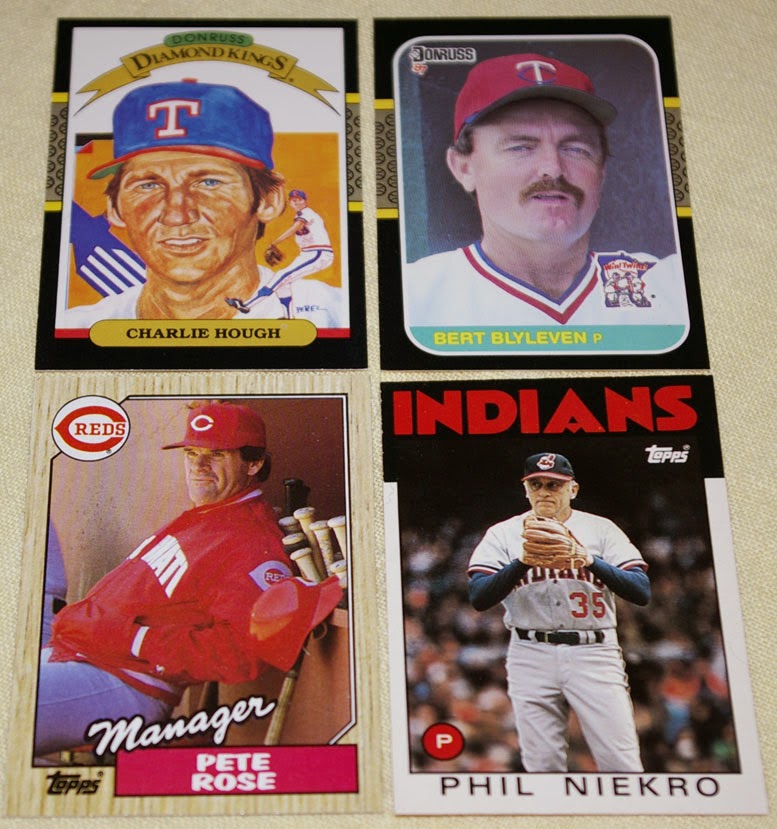 Some old greats from the late 80s. 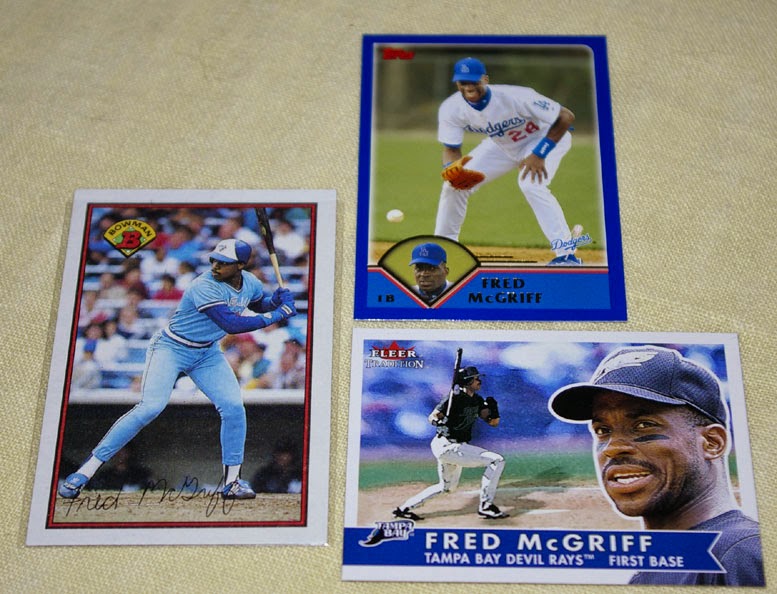 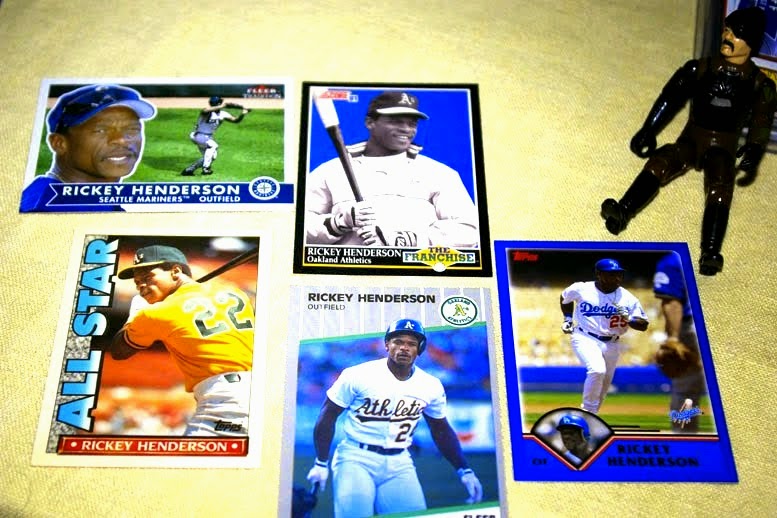 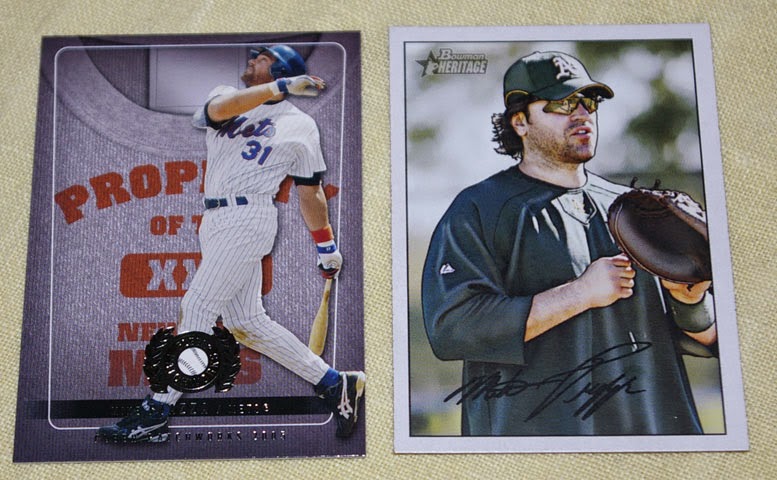 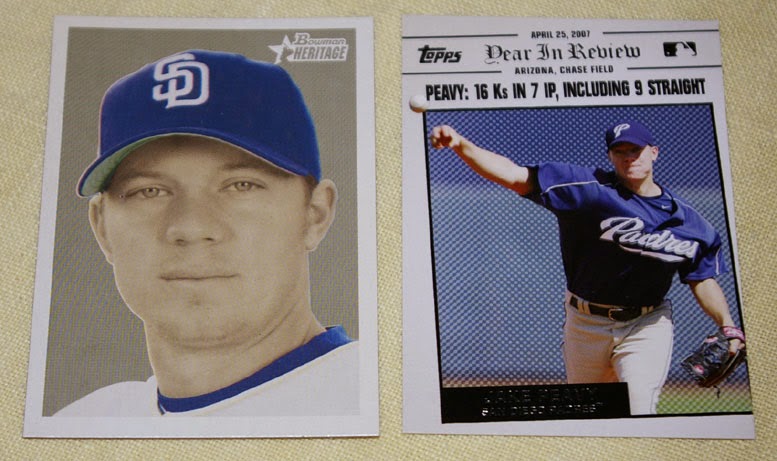 Peavy, including a disturbingly close headshot. 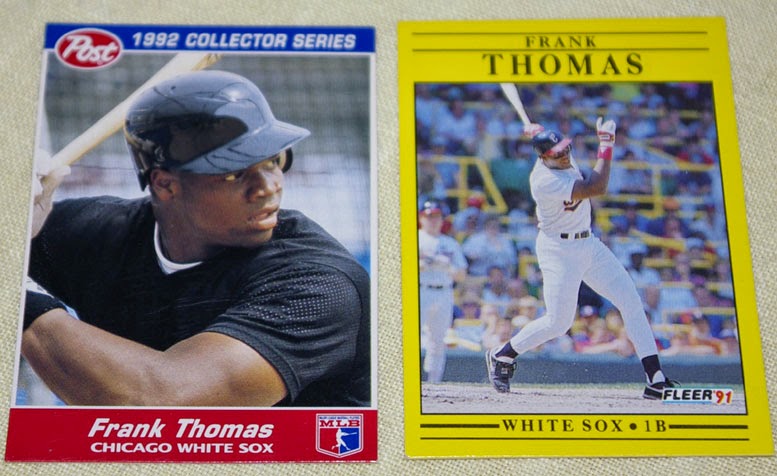 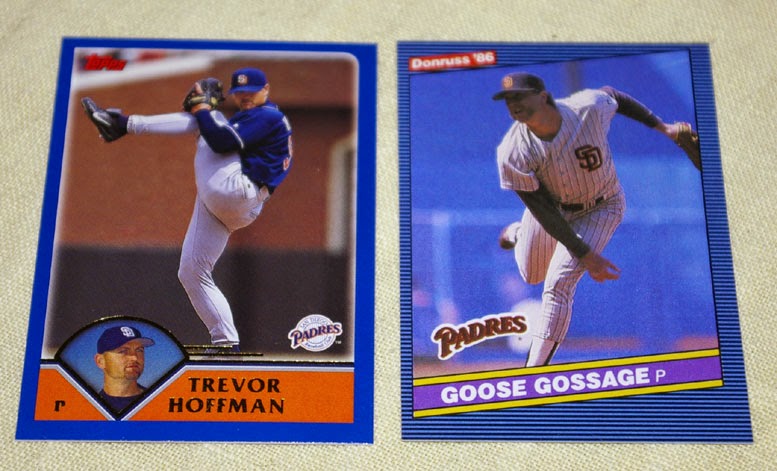 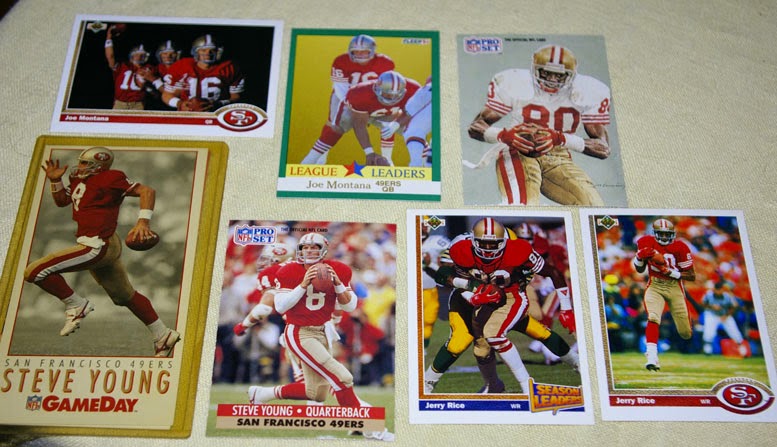 Tony sent football cards, too.. including some 49er greats. 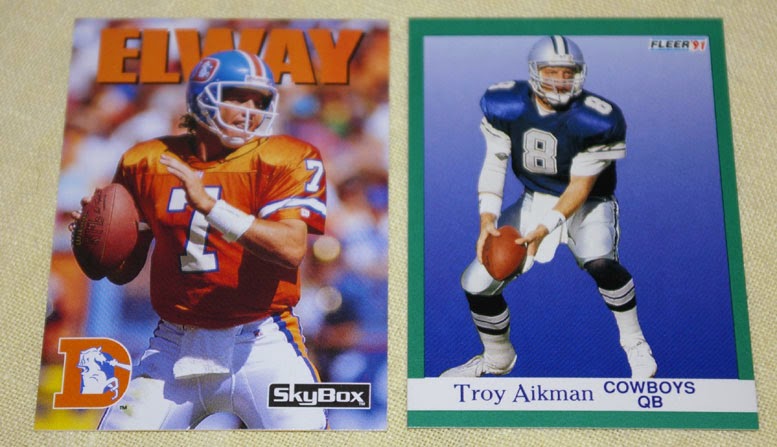 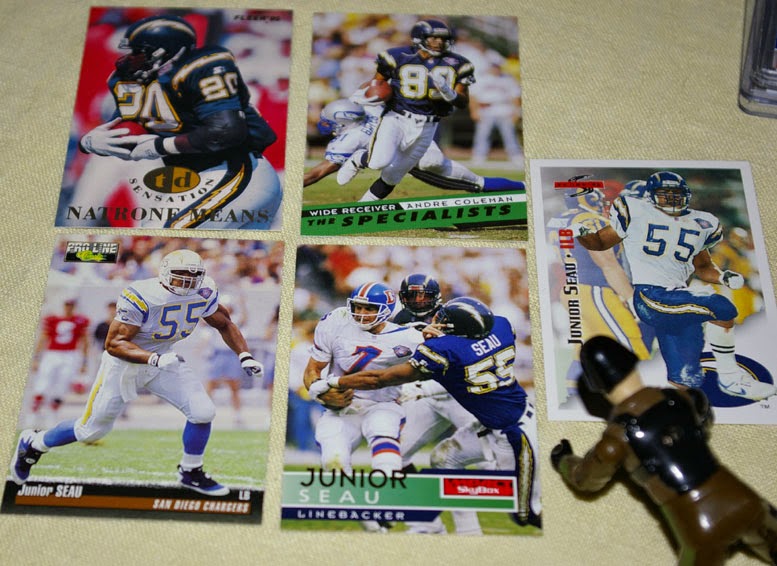 A nice lot of Chargers. Did you hear that they might be moving out of San Diego? That would bum me out. Sharing a new stadium with the Raiders, no less?! Hopefully it's just a bluff to secure a new stadium in San Diego. 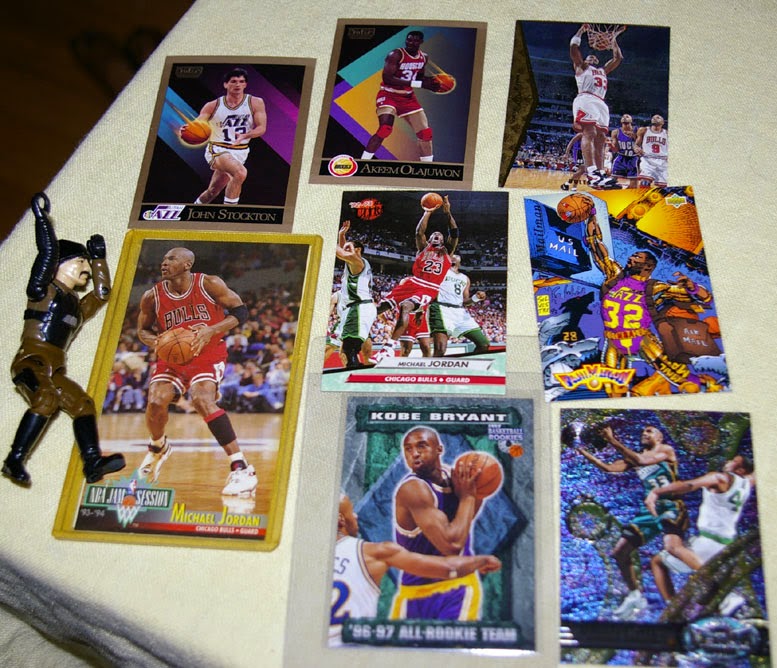 Anyways, thanks again, Tony! Love the cards and the GI Joe guy. That really was a terrific trade package.
Posted by defgav at 6:17 PM