I try to stay away from group breaks since I'm not really a team collector. But they're fun. And I also appreciate a good deal. As Nachos Grande's 2015 Topps Series I break was about to get underway, I saw Chris was offering the 3 still-unclaimed teams together for one low price, so I got onboard.

No surprise the Florida teams didn't get grabbed, since they generally don't get a lot of love on the cardosphere, but it's a little surprising Philadelphia went unclaimed.

Honestly, I was mainly looking to get a couple decent Giancarlo Stanton cards out of the deal. I didn't hit any mojo blockbusters, but I ended up doing all right.

Here's how the cards stacked out. Phillies had the most cards, Rays the least. Seems I got about 7 or 8 of each base card, along with a few goodies such as inserts and parallels.

I only got a couple Rainbow Foil parallels, but hey, at least one was my boy Giancarlo.

These parallels are generally a bit underwhelming (especially in scans; nearly indistinguishable from the base), but can look kinda cool when the light catches them just right.

The Rays slot was pretty much a bust, with only a single friggin' non-base card coming out of it. But at least that one card was the only auto I got from the break: 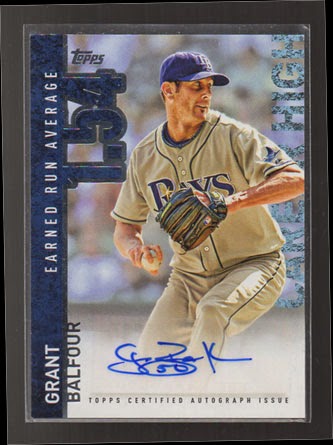 Grant Balfour definitely isn't the best name to pull an auto of, but hey, I'll take it!

So yeah, Chris didn't pull any "sick hits" of Giancarlo, but still got a nice lot of his cards out of the deal: 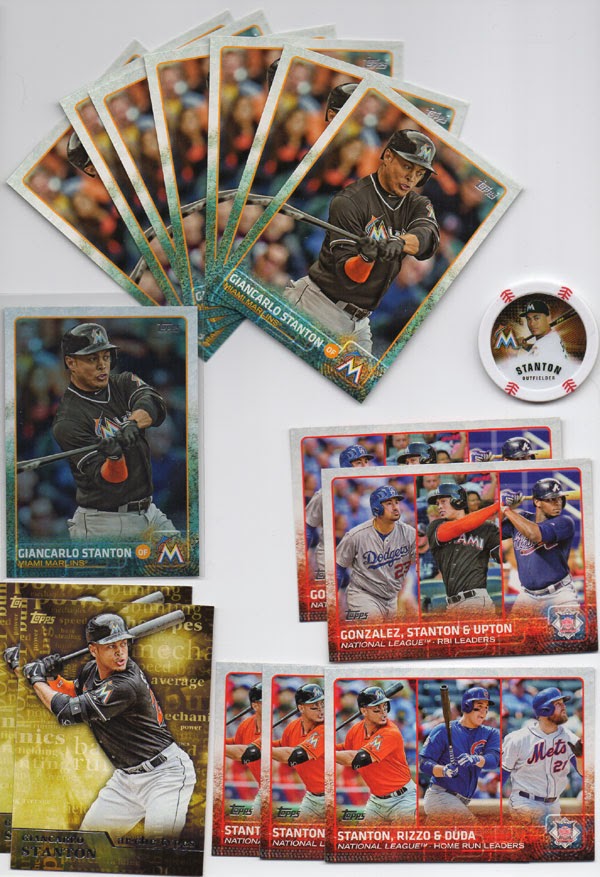 Good stuff. The Chip(z) was a bonus throw-in pack break. 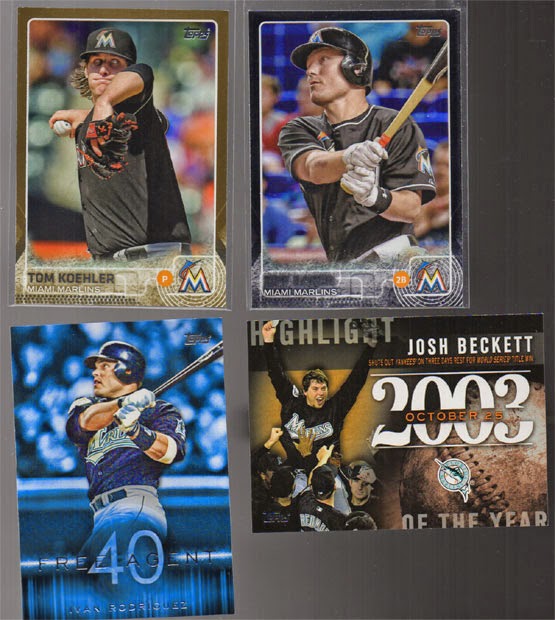 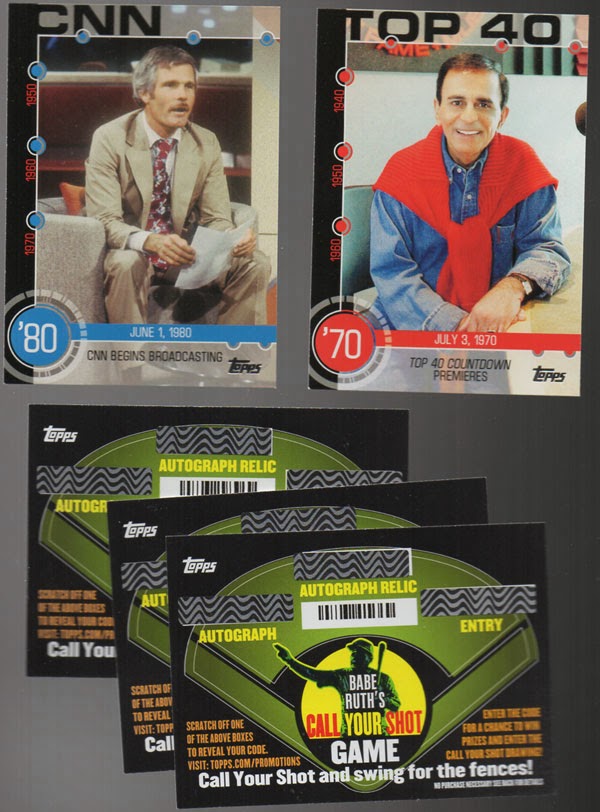 The randomizer claimed a few non-team cards for me, including CNN (Ted Turner), Top 40 Countdown (Casey Kasem), and 3 of those Call Your Shot game cards which I suppose I should scratch and see if they'll win me anything. 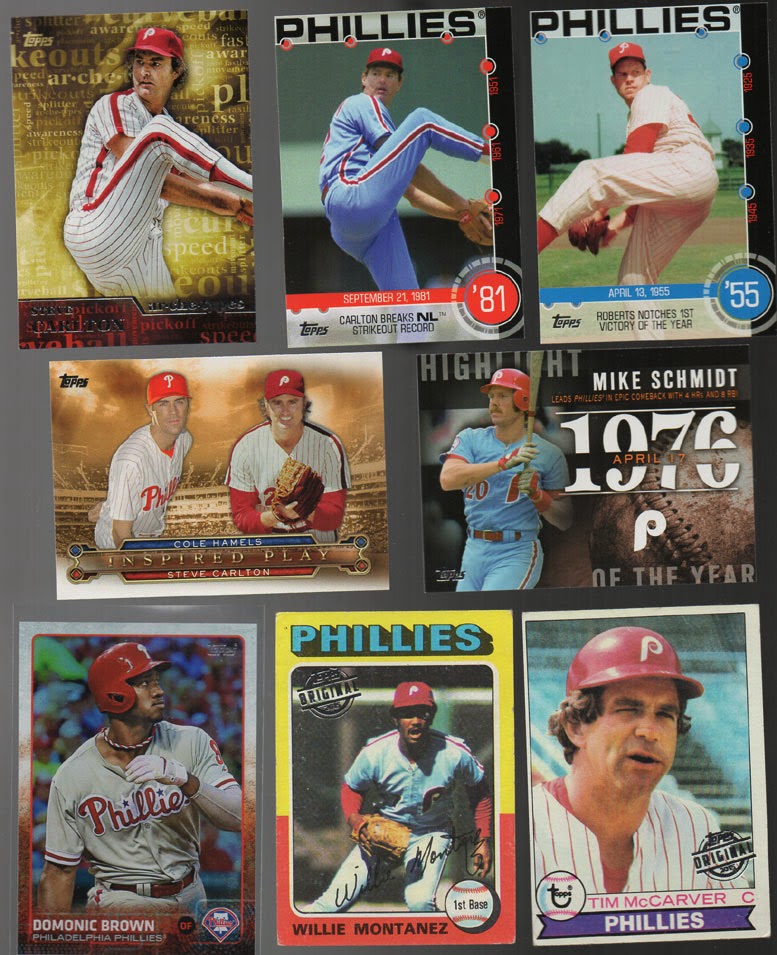 The Phillies slot scored me a bunch of decent cards. Steve Carlton is getting a lot of insert-love in this set. The couple of open-mouthed buybacks are kinda cool.

Finally, here's my best hit from the break: 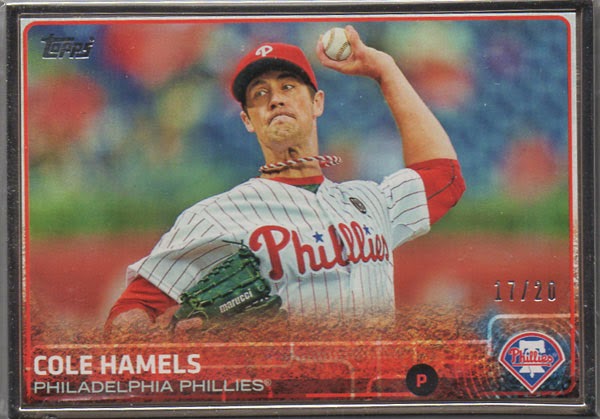 Cole Hamels framed parallel #'d 17/20. Very nice! I had been wanting to add one of these metal framed cards to my collection for a while now. And you could pull a much worse name than Cole Hamels, 3-time All-Star and 2008 postseason hero. Fellow San Diego boy, too.

Thanks for running the break, Chris! Nice bunch of cards.

And if anybody out there needs any Series I base cards from the Phillies, Marlins, or Rays, for the love of God, please let me know and take them from me.
Posted by defgav at 11:28 AM