This is a post about a superhero named Tony L.

Seems like I traded a few times with Off-Hiatus Tony about a year ago. But in recent months, he's been busy with important career stuff, and I've been, well, pretty much tapped on Brewers to send him.


But he dropped a damn fine package of cards on me the other day.

If you'd be so kind as to let me, I'd like to show you some cards he sent. 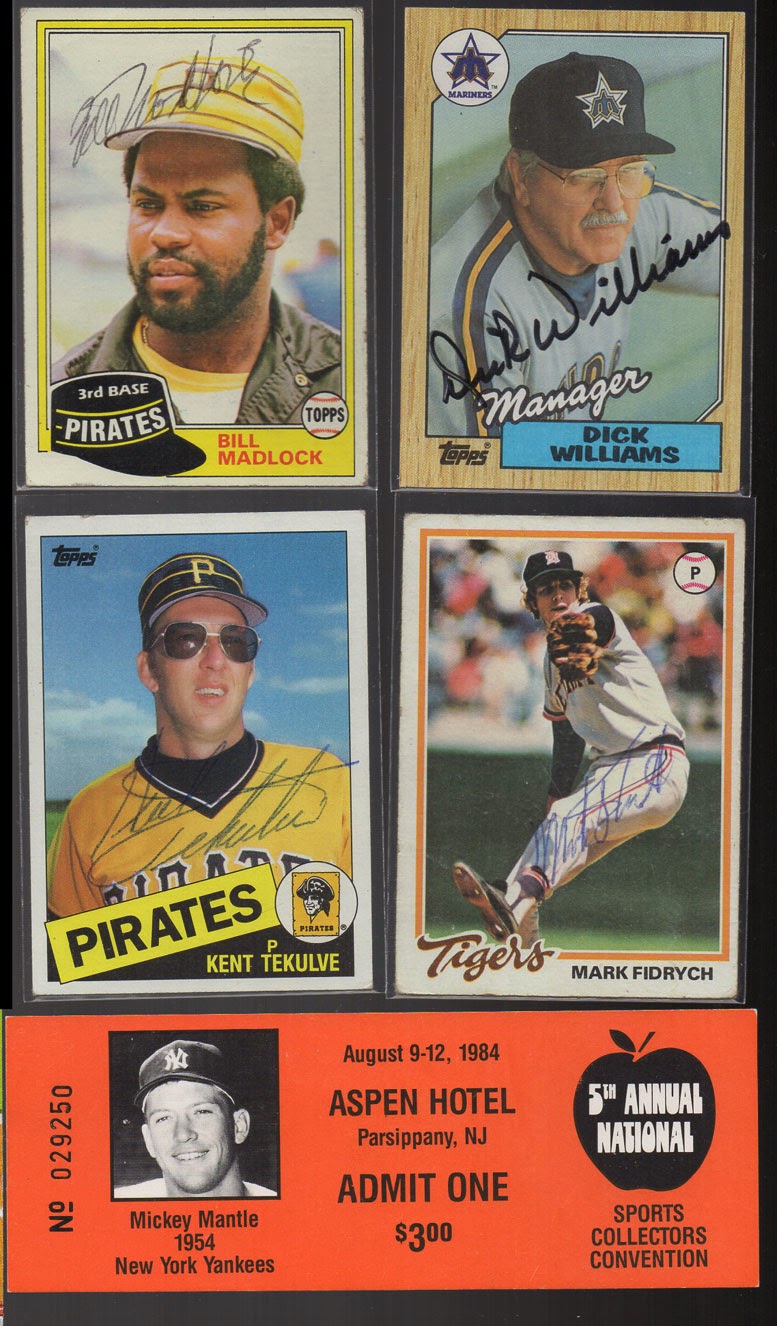 A whopping four TTM autos of guys I collect, including my first Bird signature. Incredible! To date, I've never done a TTM. I thought about it this year, but didn't get around to it and now it's probably too late to hit the sweet spot of early spring training. Maybe next year. I would love for one of you bloggers out there to post a "how to" sometime just to help me get a good grasp on how it's done. I know the basics aren't hard to understand, but there are some nuances I'm unclear about.

Also included is a ticket from the 1984 National featuring Mickey Mantle (my "ticket to randomland" as Tony's friendly note called it). That's a neat item! 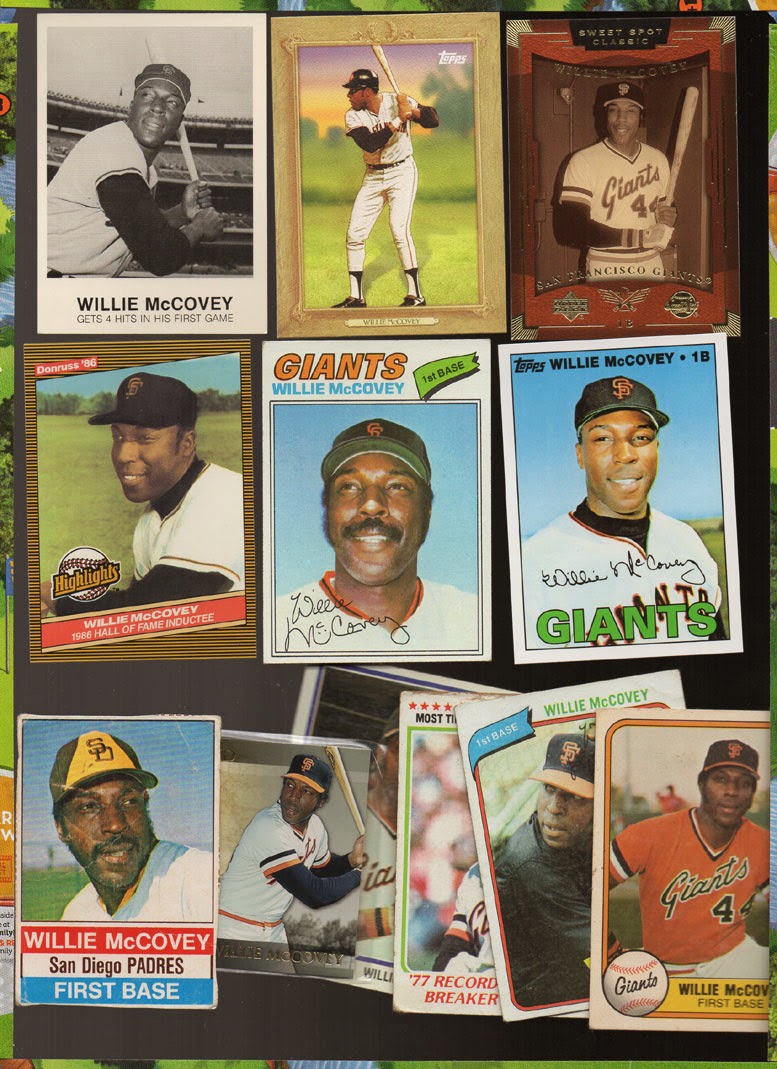 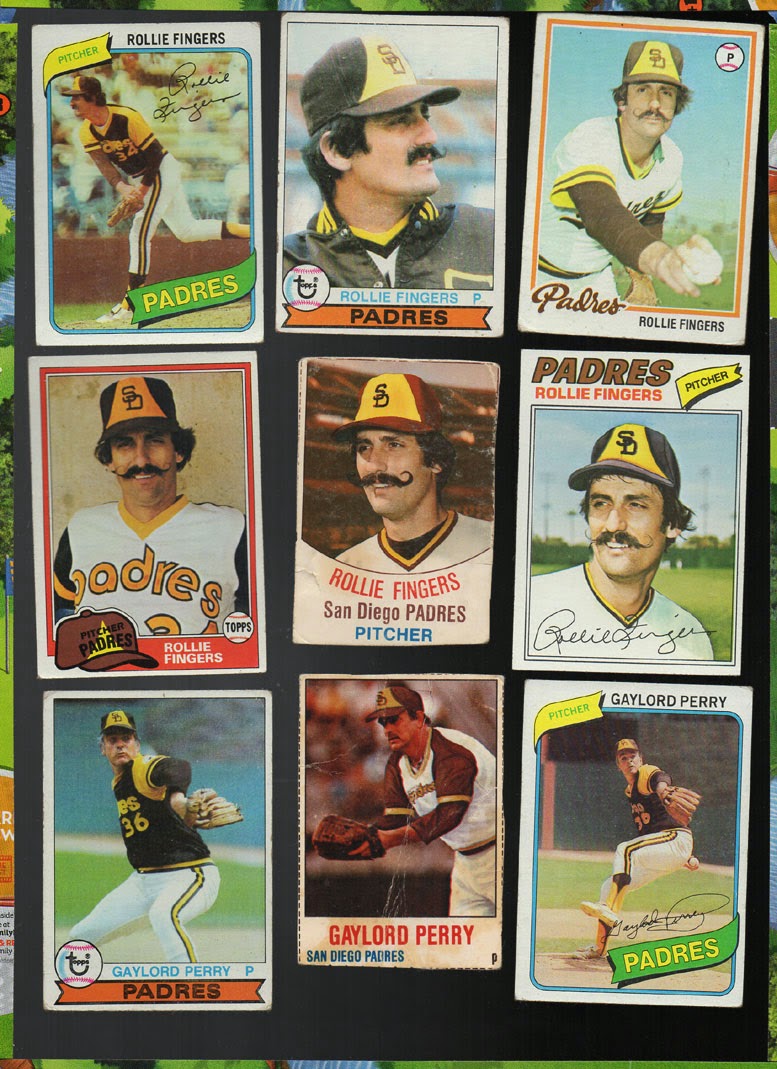 Some great Rollie and Gaylord cards. 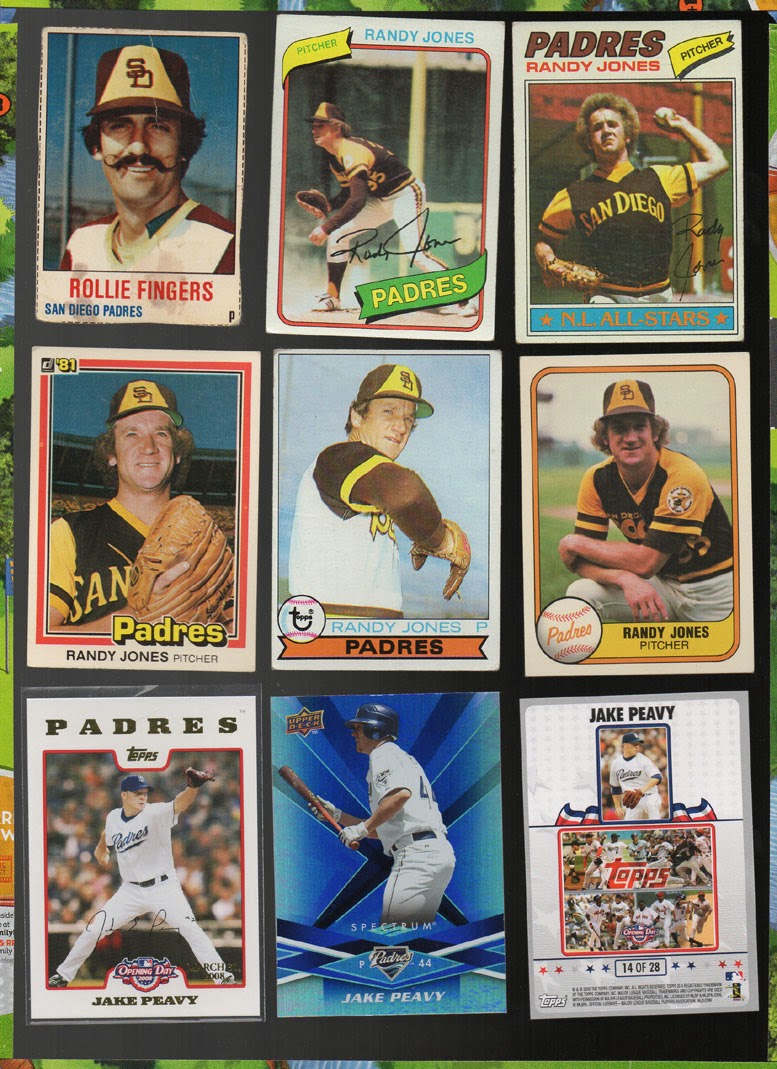 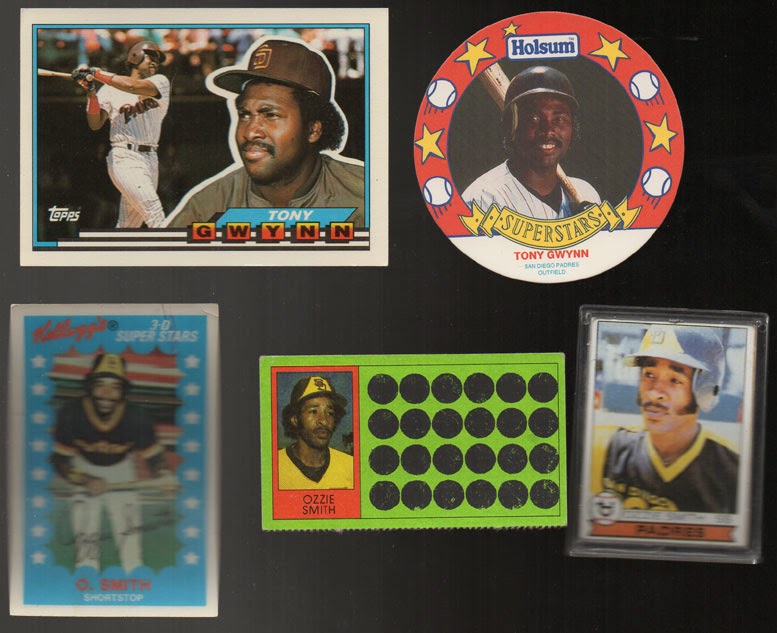 The mortal enemy of the 9-pocket page: non-standard sized oddballs! Love the Ozzie 79 reprint mini encased in it's own little stand (Ozzie's 90 Topps is featured on the reverse). 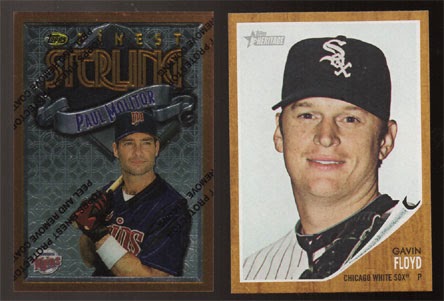 A couple more cards I needed of dudes I collect.

Tony likes when people post Clash songs, so here's one for him.. 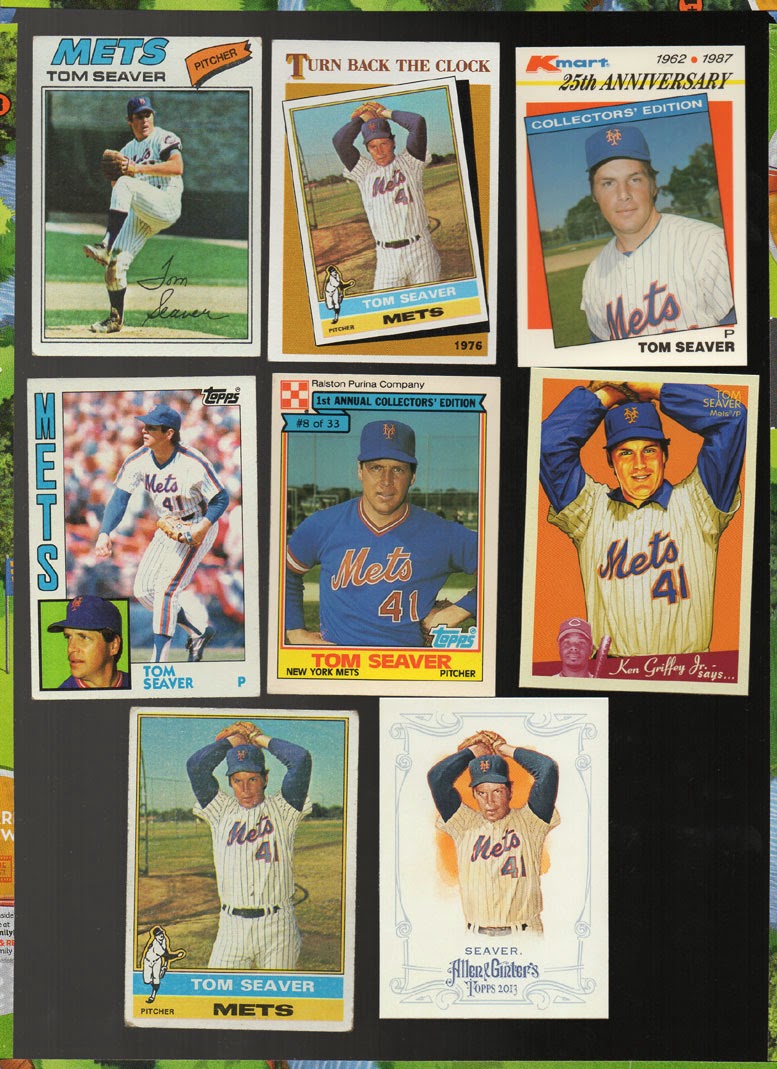 Tommy Gun would've been a cool nickname, but I guess Tom Terrific is fine too. Love this lot of Seavers. Looks like 3½ of these cards share the same picture. 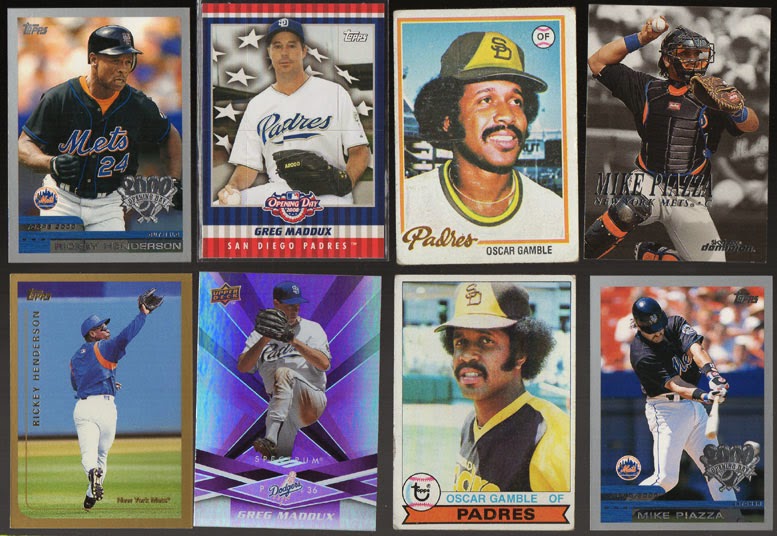 Some pairs of Padre greats.

Closing out with a few more Padres. That Andrew Cashner emerald parallel has clearly been enchanted by a leprechaun. Nothing wrong with that.

Thanks a ton, Tony! I've had a few cards set aside for you for a while, and will keep an eye out for more Brewers at the card show tomorrow.(!!)

Have a great weekend, everybody.
Posted by defgav at 3:59 PM