This post wraps up my pickups from the card show at the end of January. I'm pretty sure these below were all from the quarter bins.. though a couple may have been from the 3-for-$1. I actually made 3 separate purchases from the same dealer, so it's sometimes tricky to keep track of which cards were from which purchase. Since the "good vintage guy" stopped coming to the show a few months back, this other guy has become the dealer whose boxes I spend most of my time digging through. He always has a nice mix of stuff and good prices. He's a funny guy, probably in his fifties, long hair, heavy smoker, probably listens to lots of AC/DC and Aerosmith. He's also a collector, which you've gotta love. He buys collections, plucks out what fits in his collection, and sells the rest. I suppose that's probably what most dealers do.

1971 Topps high numbers. I didn't even bother to check the needs list printout in my back pocket. Actually, I think these were from the 3-for-$1 bins while the rest of the cards in this post were a quarter each. But still, cheap '71 high numbers in decent condition? Throw them on the stack. Turns out I needed 2 of the 3, so that worked out fine for me. 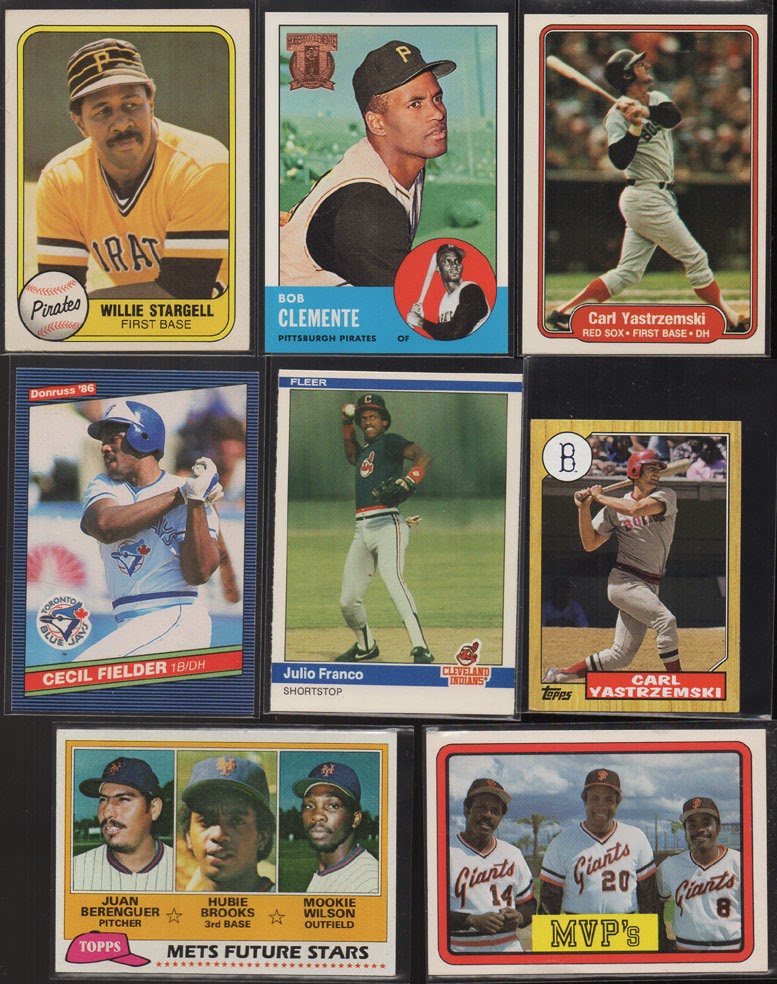 Some not-quite-vintage stuff.
I can remember dreaming of that Cecil Fielder '86 Donruss card back when I first got into collecting in 1990 when he had his breakout year. 25 years later, I've finally got it.
That '81 Mets Future Stars card is nice. Not very often everybody on a multi-player RC goes on to have good, long careers.
Quick rant: The "Future Stars" label should only be applied to players who are rookies-- as in eligible for Rookie of the Year for the year the card is released. As other bloggers have already pointed out, Topps has been dumb lately, assigning "Future Stars" status to young veterans. Come on, Topps, knock it off! It reminds me of this joke post from last year about Sandy Alomar being a perpetual Rated Rookie. But at least Sandy was still technically a rookie when his 2nd Rated Rookie card was released (and did in fact win ROY that year, so I guess Donruss can be forgiven for the repetition).
Anyways, back to 1981, the Hubie/Mookie combo is a double dose of fun names.
And speaking of 3 successful guys sharing a card, Frank Robinson makes his second appearance in this post, popping up along with Vida Blue and Joe Morgan. 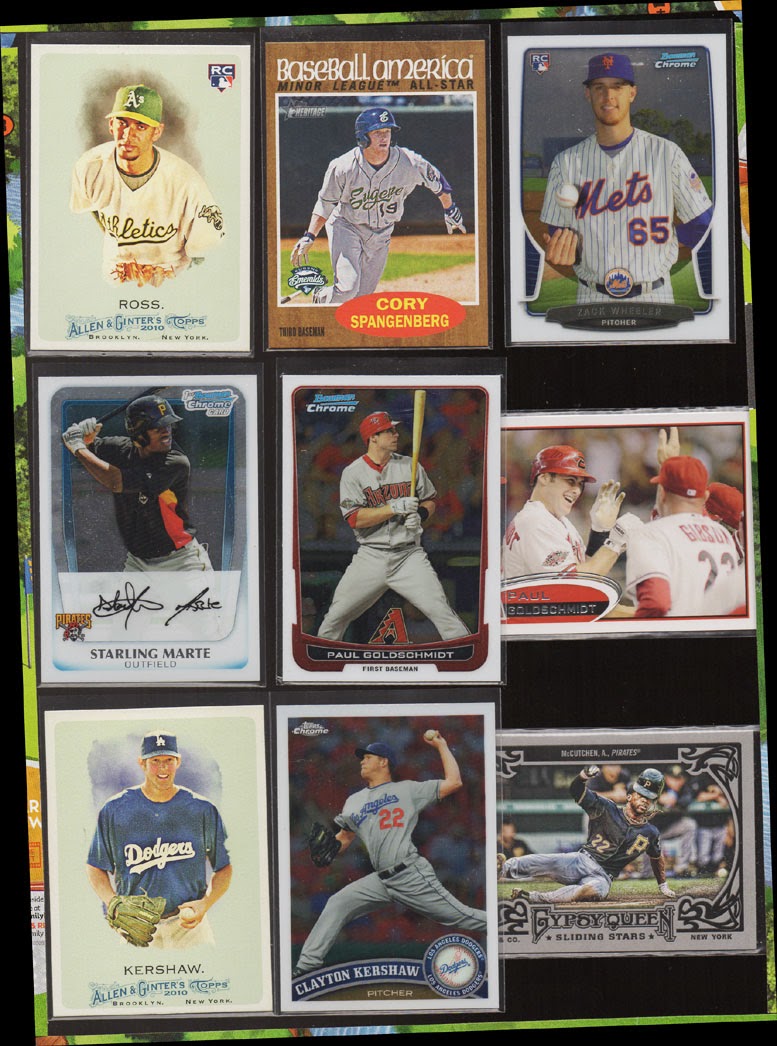 Here's the active guys portion of the post.
I'm looking for Tyson Ross to have a nice season for San Diego given that he'll get some run support now.
I hope Clayton Kershaw can bounce back from his demoralizing postseason performance last year (for his sake). What if he doesn't? What if he just always sucks now? [this was tongue-in-cheek, but yeah, what if? Since I'm not a Dodgers fan, I'd probably have to laugh. But still, I pick up his cards when I see a nice one for cheap.]

Lastly, here's an attempt at showing a '91 Kellogg's Sportflics Gaylord Perry "in action." Not my best work, but you get the point.