A rare encounter with a mythical 2¢ box

A dealer at the card show yesterday had a "50 for $1" baseball box. Needless to say, I diligently flipped through it. When I came to the end, I counted up the stack I had amassed, and as if written in some long-ago prophesy, I had unknowingly selected exactly 50 cards. It was one of those moments that's like a higher power giving you a friendly wink from above.

What follows is what I got for my one-dollar bill. 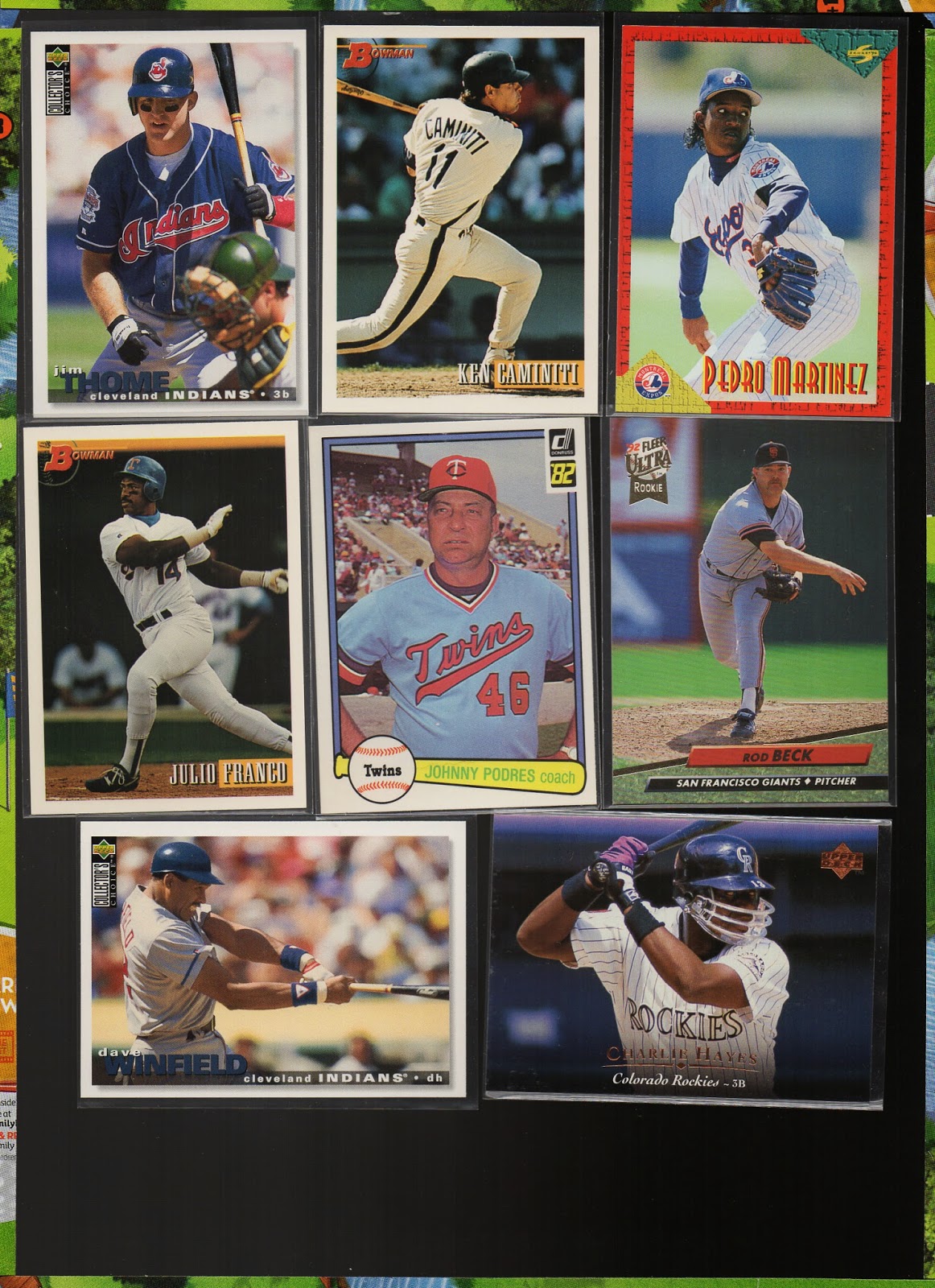 Lots of quality here. The Rod Beck RC might be my favorite of the scan, but hard to deny that football-ish helmet Charlie Hayes card. (Hey, speaking of football, happy Super Bowl Sunday. Go Seahawks, I suppose.) Love the Podres coach card, too. 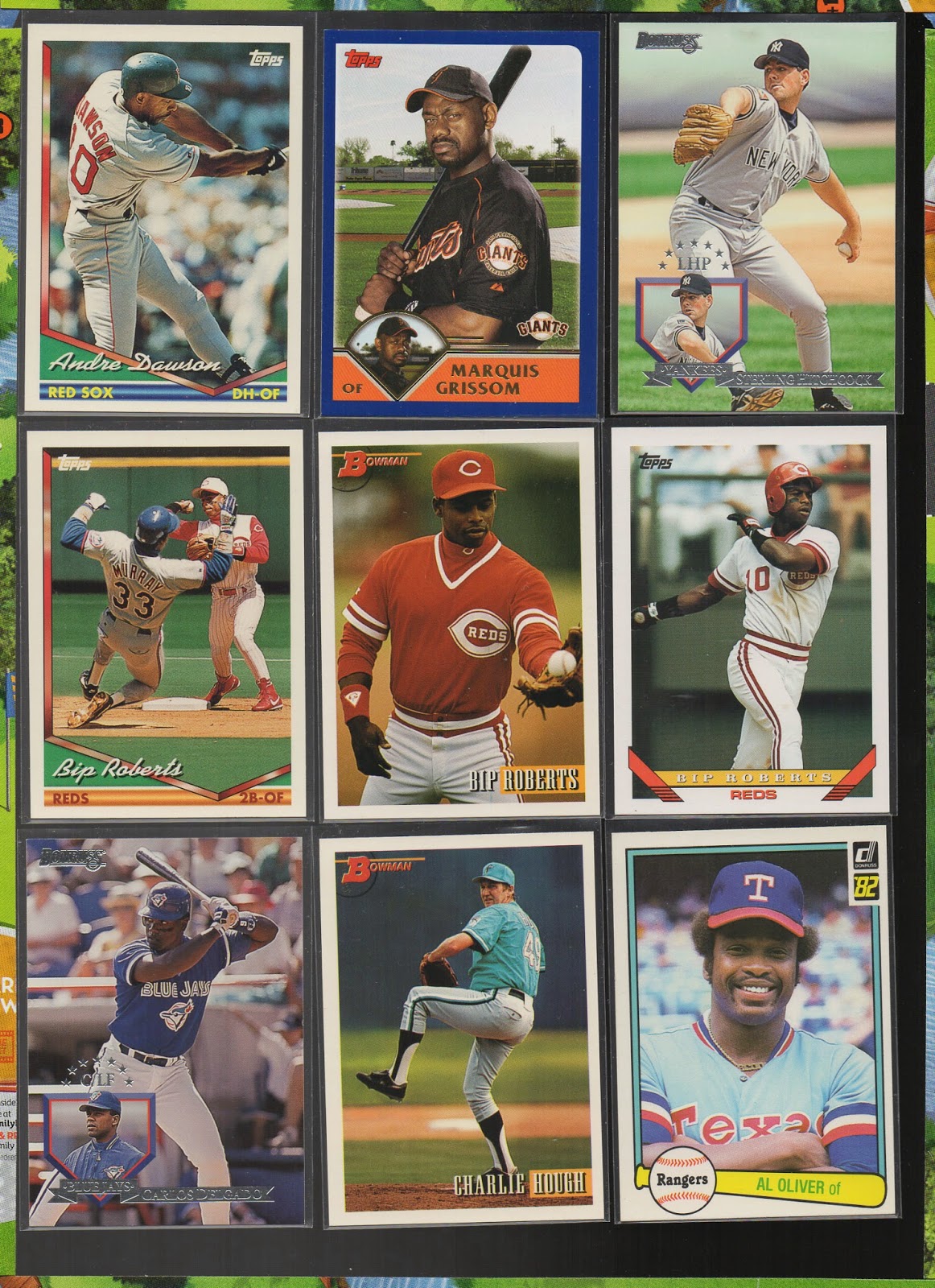 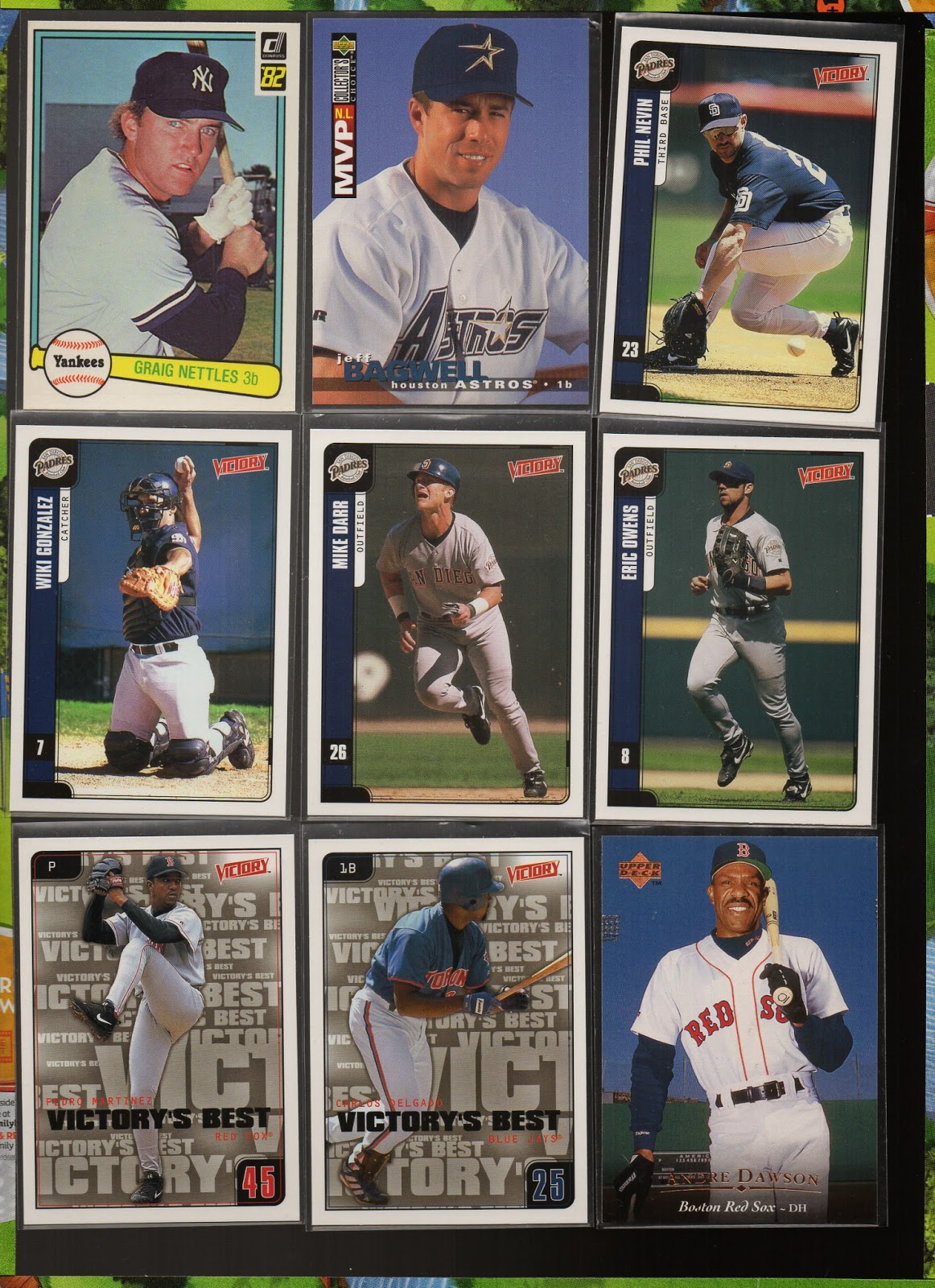 Wiki leaks. He probably poops, too. 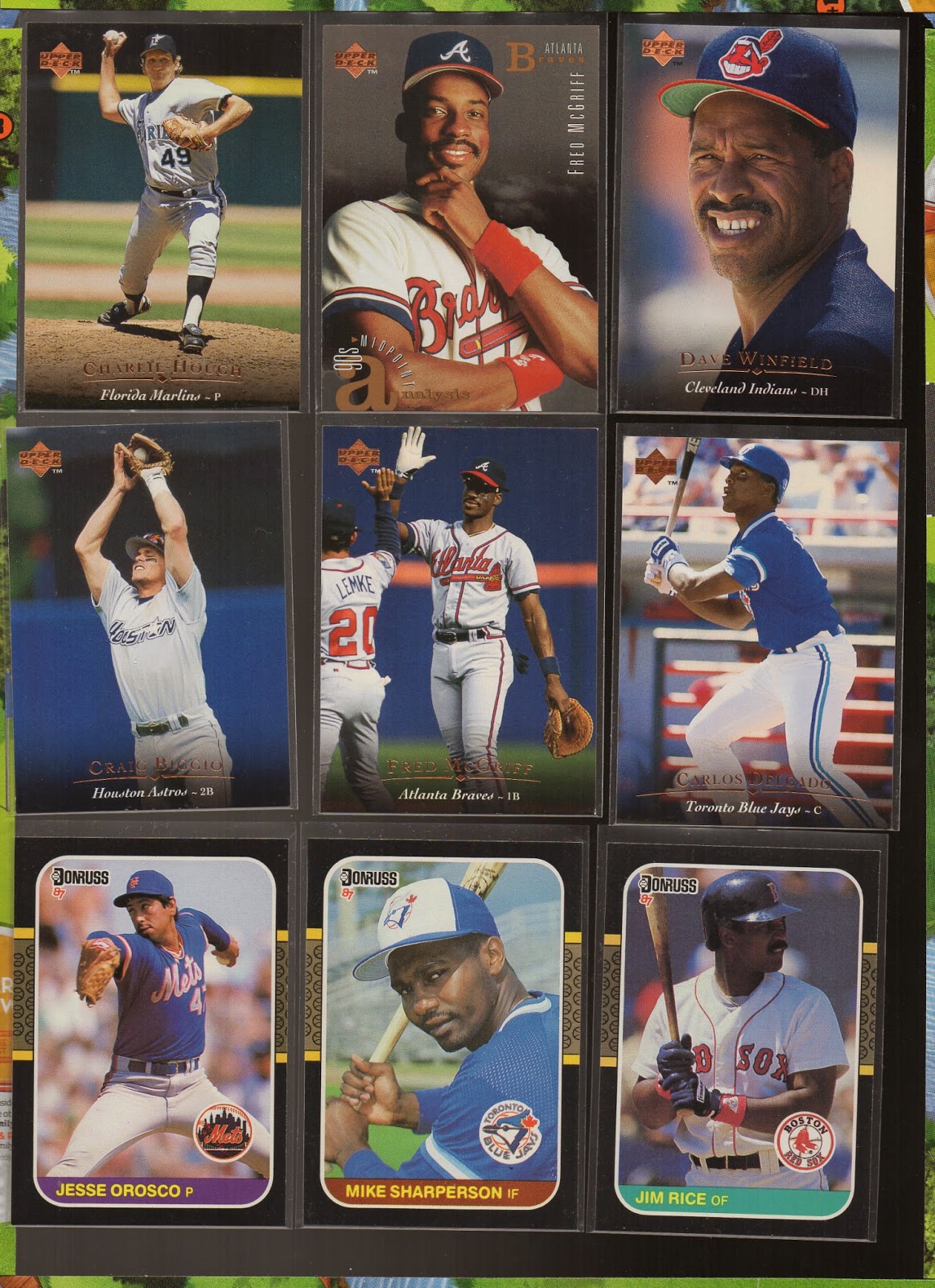 A couple Crime Dogs highlight this scan. I always liked Mike Sharperson a lot for whatever reason (just seemed like a cool, happy dude, I guess) and was sad when he died. Glad to have his "one true rookie" now. 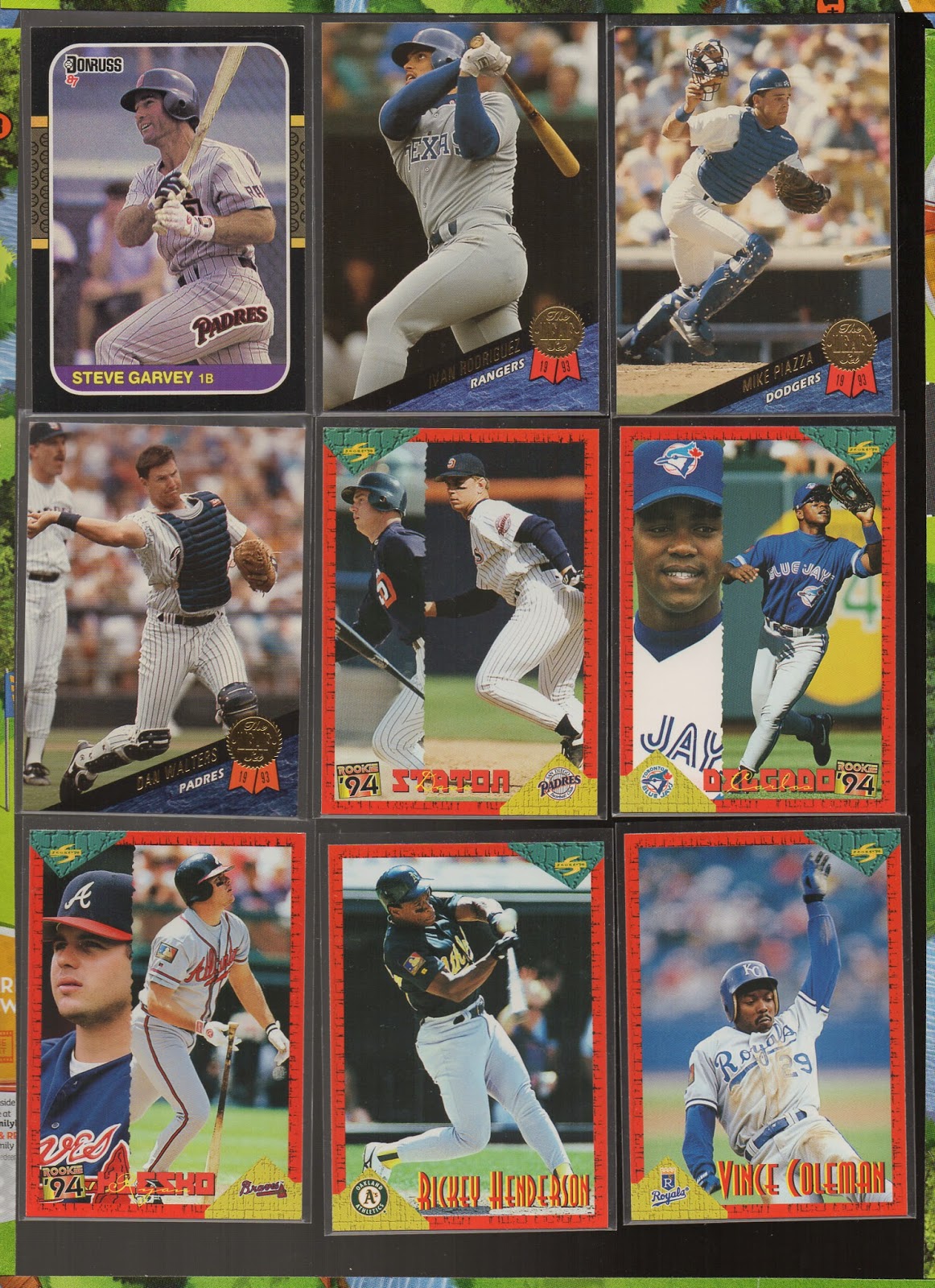 Dan Walters remains the only baseball player I've ever had sign a card for me; Might as well collect him (when his cards are two cents, at least). Looks like Carlos Delgado is king of this purchase, with 4 different cards featured in this post. (BTW, Carlos Delgado is the best player in history to get booted off the Hall of Fame ballot after his first year.) 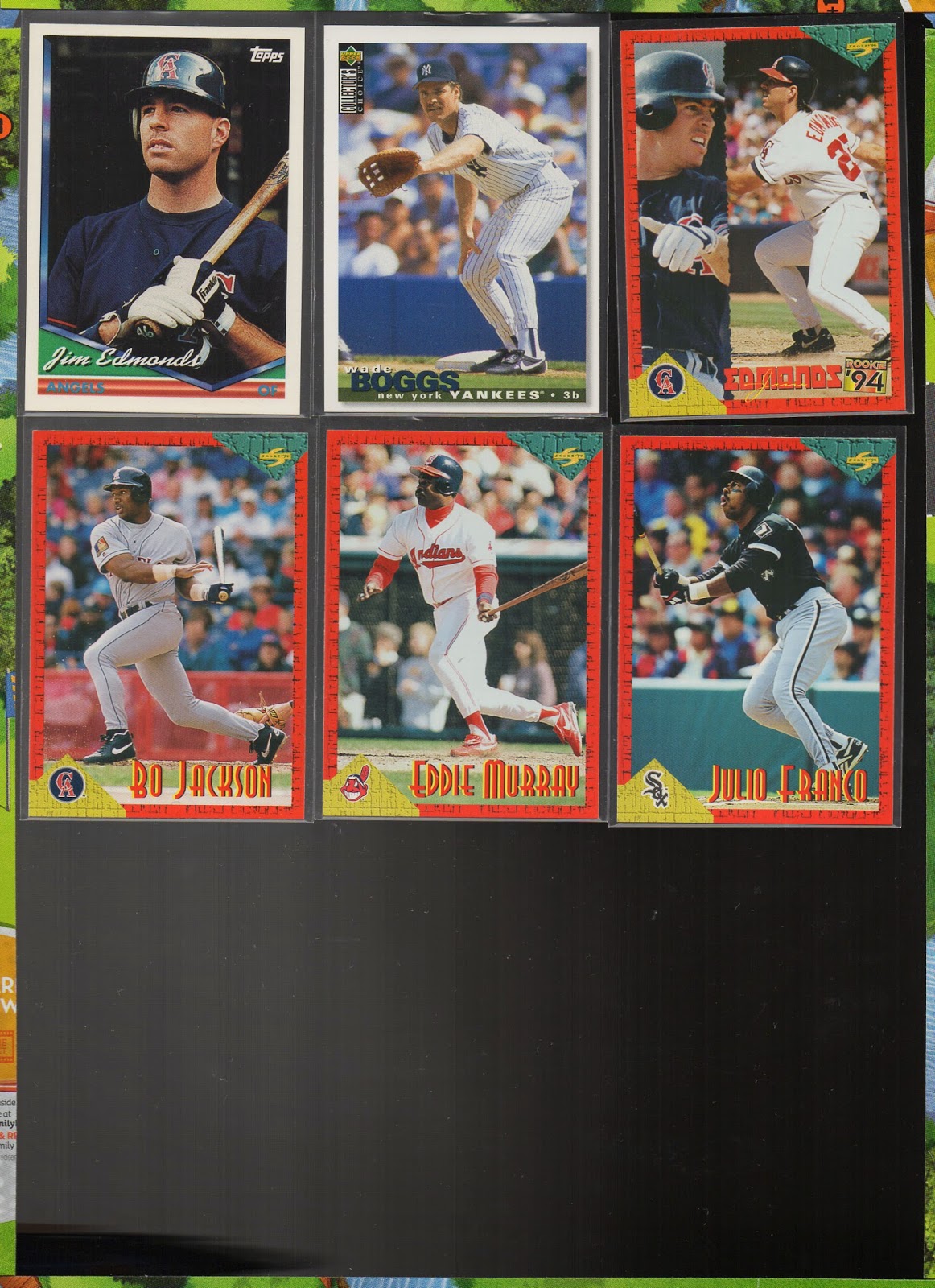 We close it out with a couple early Edmonds and some old timers.

There you have it. Possibly the best dollar I ever spent. No single card that'll blow you away, but a bunch of additions to various PCs of mine and other players I like. Plus, every card came in a like-new pennysleeve, which I appreciate since I'm not a binder guy, so that's like worth a penny each right there, so it's like the cards essentially cost me one cent each once you factor that in. So yeah, good buy.

As I handed the guy my buck and was on my way to the next table, I checked out his little box of $2 encased cards. It was mostly certified autos of never-was prospects, but one name I knew was Clint Barmes, probably the least-exciting of all the Padres' offseason acquisitions. I kinda felt like "tipping" the dealer for the sweet 2¢ box, so I went ahead and bought the Barmes from him too. 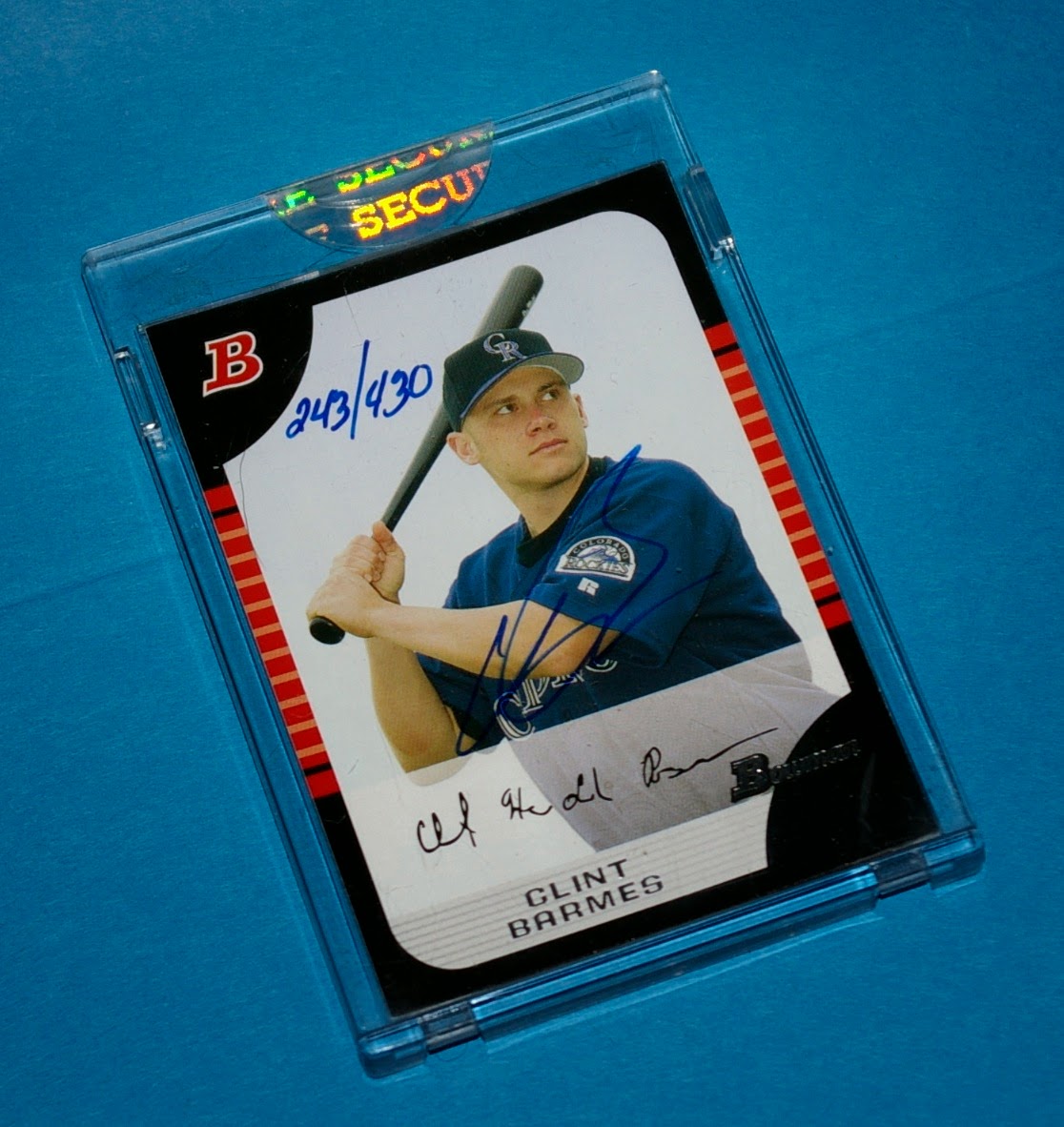 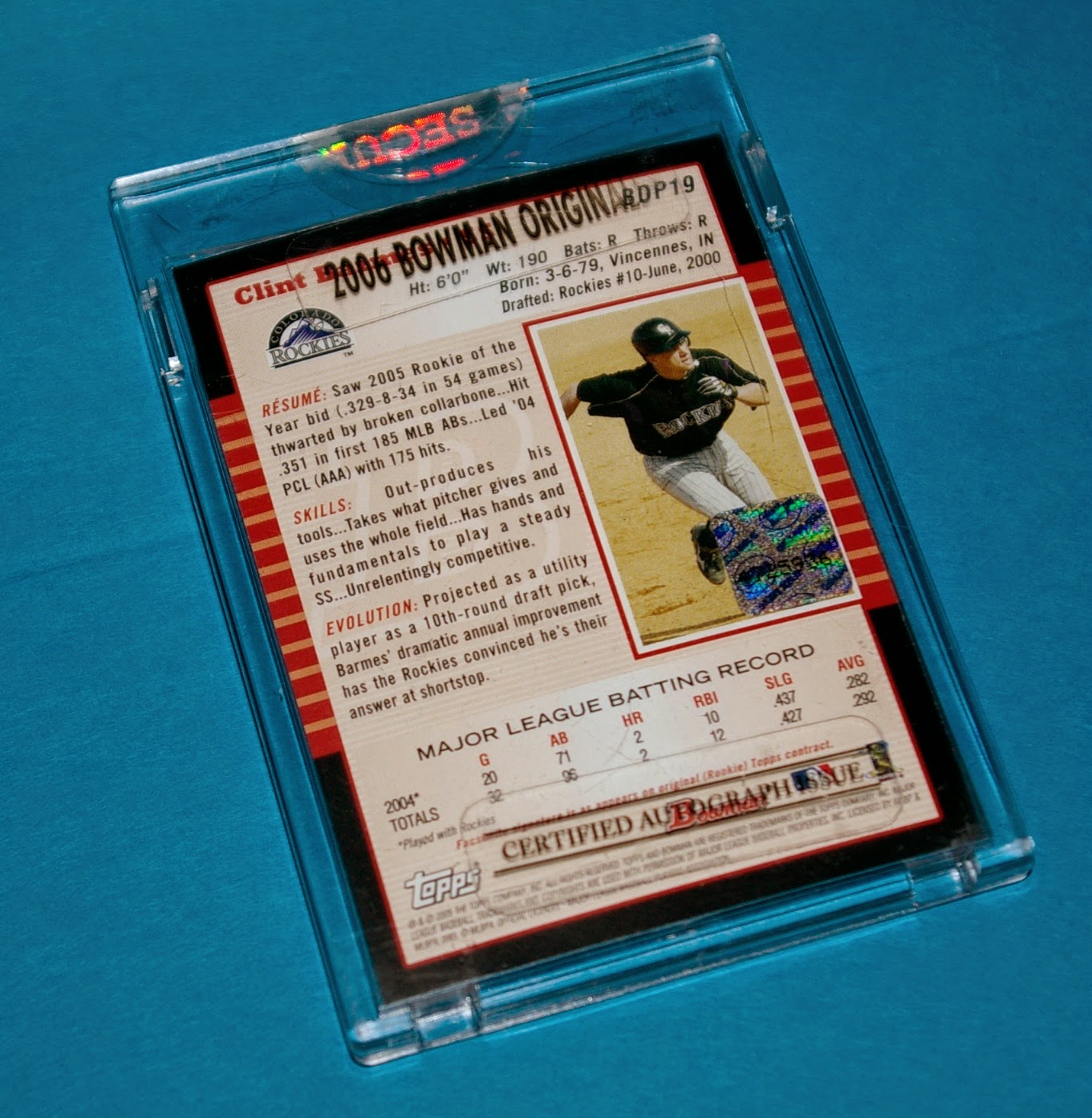 So there are the cards for today. Thanks for checking them out. See you next time.
Posted by defgav at 11:17 AM