I challenge you to a dual

I'm typically not a fan of dual autograph cards. You usually have one guy you like and then some chump you're stuck with. Even when you get a couple guys you like on one card, chances are you'd rather have the autos on separate cards. It's why I went with a 2003 Retired Willie Mays auto even though I'm generally partial to 2004 Retired (all of Mays' autos in 2004 Retired are dual autos.) Plus it seems 99% of dual autos are stickers, not on-card.

But every so often, it's pretty neat to get two autos on one card. If it were up to me, these are the only types of dual autos there'd be:
Keeping the Giles Mania that started with yesterday's post going, he's a Christmas Card for this month. 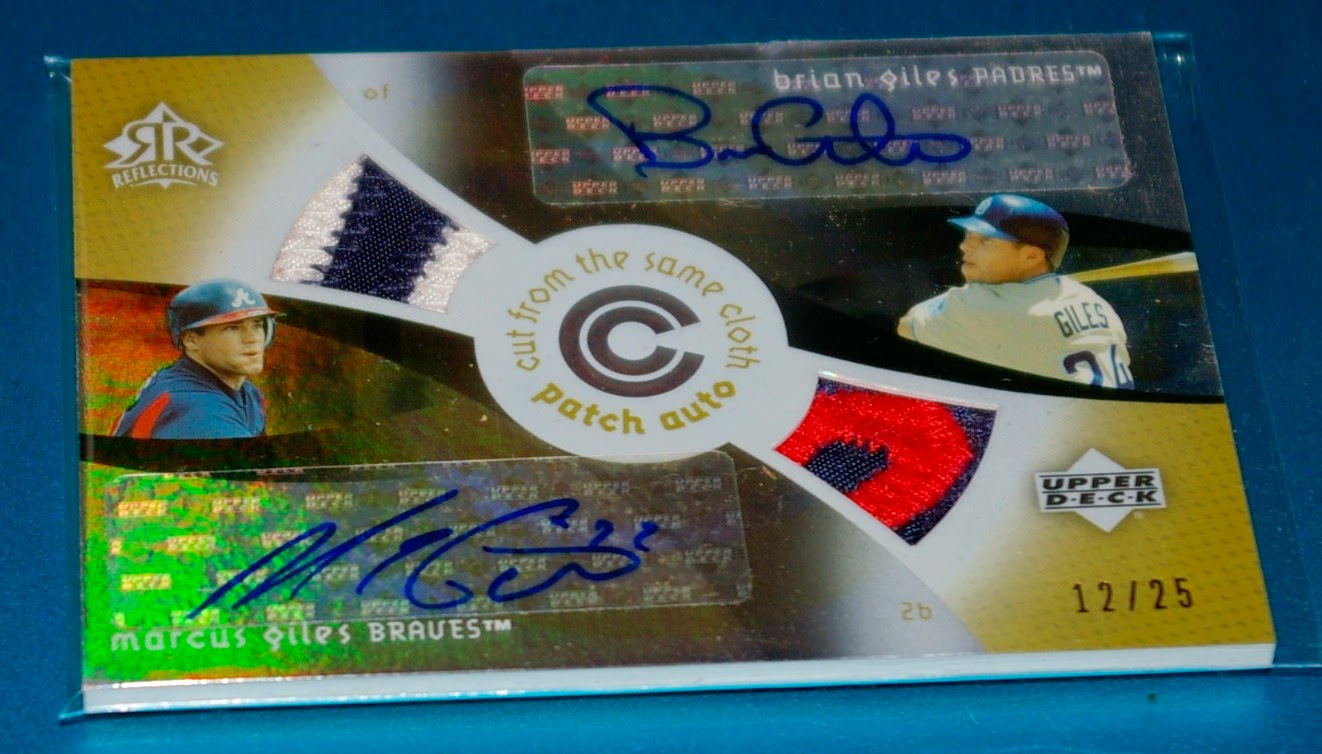 It's a pretty cool card with bits of patches and an autos from both Marcus and Brian Giles. The autos are stickers, but it's still pretty cool, especially with the 12/25 numbering. This card is like a collection trifecta for me, with 2 hometown guys I collect plus being a Christmas Card.

Apparently there's an on-card dual auto from them in 2004 Bowman Heritage. I'd love to track down one of those sometime.