a GREAT ONE for my collection

Wanted to get myself a nice "Congrats on the job" gift (I start my new gig 5/31-- excited about it!), and this fits the bill. While I've never pretended to be a big hockey guy, I grew up admiring the greats. And when you're talking about the GOAT, it's gotta be The Great One, Wayne Gretzky. And Mark Messier isn't far down on that list, either. So this is a "dream card" caliber pickup for me. 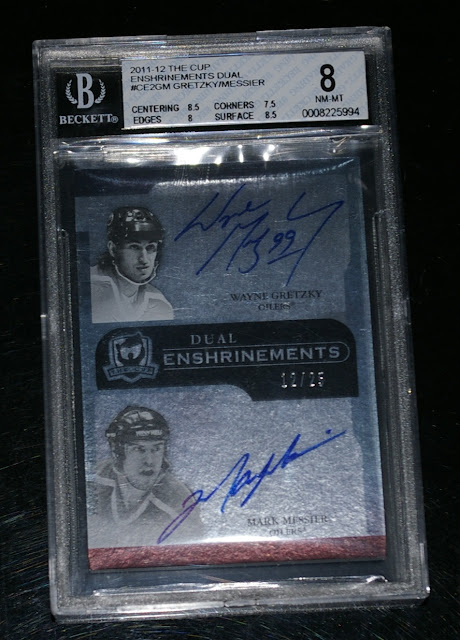 I was keeping an eye out for a Gretzky auto, preferably one that could fit in my Christmas Card collection, I mean, as long as I'm going to spring for a sweet, expensive card, might as well, right? This one popped up with a low opening bid, and well, I like Messier too, and I was feeling emboldened by my new job (AND THAT OTHER THING WE WON'T GET INTO BUT HELPED OUT CONSIDERABLY WITH THI$$$. Hey, the Fleer name is now owned by Upper Deck, right? And hockey is known for fighting, so it's a good fit tying it together as a memento)
so I went after it and came out on top. And hey, I was also supporting the local economy, seeing as the eBay consignment seller PWCC is out of the Portland suburb of Lake Oswego. Another nice thing about that is delivery is really quick. Not to be dark, but I need to leave a note for my wife to contact them about selling my collection in the event of my untimely demise. 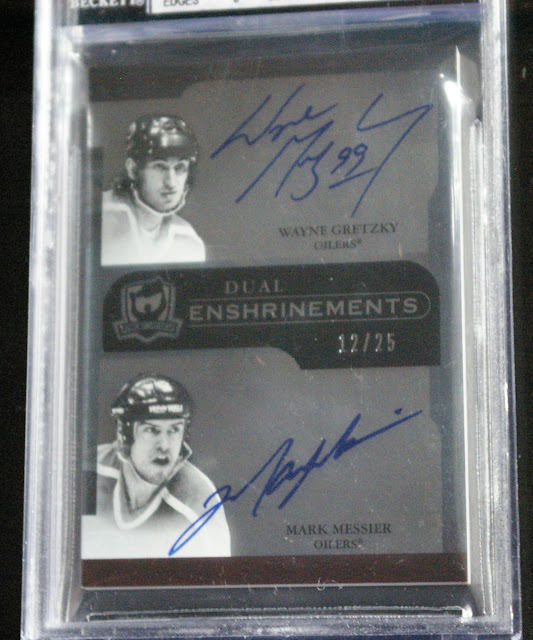 This is a hell of a cornerstone card for my collection. It looks great, with two big, on-card signatures. Tough to really capture well in photos or scans thanks to all the foil. Foil cards like this can be tricky from a condition perspective as they're super vulnerable to dings, scratches, and chipping. This one looks good to me with the worst offenders to the eye being light scratches on the casing, which I think I could send in to get replaced for like $5 if I really wanted. The grade (8) isn't very good by modern card standards, but it doesn't really mean a thing to me other than helping keep the top bid from getting too high. I'll probably keep it encased to protect it and for authentication purposes, though. I wouldn't say it's an investment piece for me, though if I was ever in a financial pinch and needed to liquidate some of my collection, my hockey cards would likely be among the first to go, truth be told.


Let's check out my other good hockey cards while we're at it. 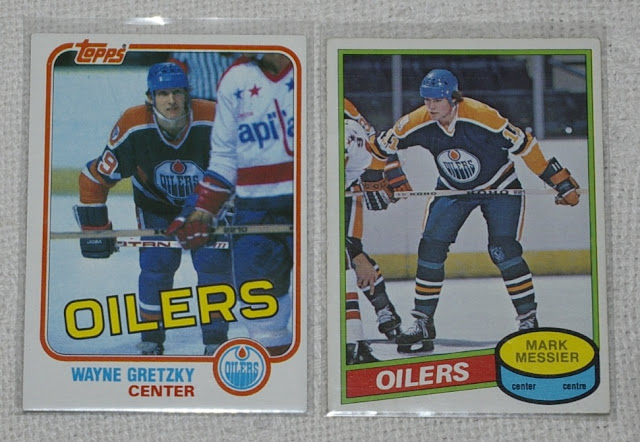 Hey Look!, it's those same two guys. An early Topps Gretzky and a Messier OPC rookie. 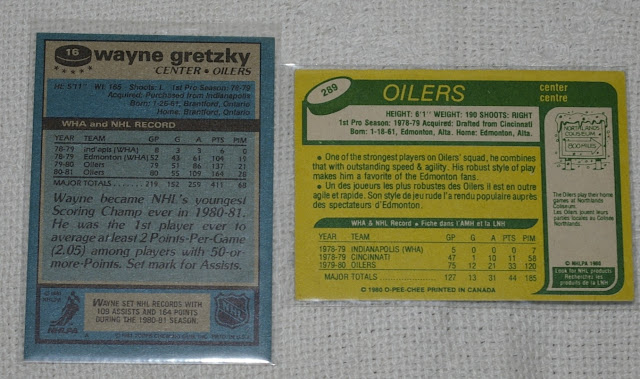 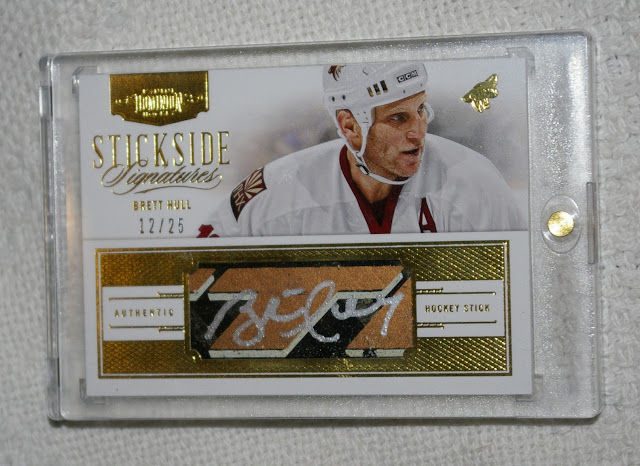 So there you have the 4 crown jewels that highlight my li'l hockey card collection. I really doubt I'll add any more big cards to it, but who knows. Gotta admit, I've put up the Hull on eBay a couple times over the past year, but didn't get any takers at my price that was admittedly reaching a bit. 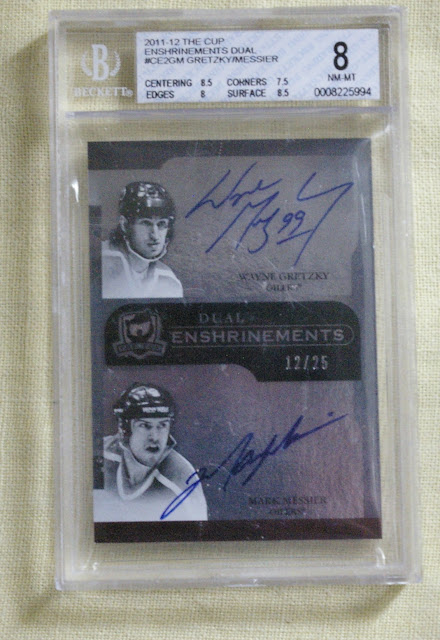 Knock wood, things are going pretty good for me these days, getting the new job and all, so hopefully this card remains a highlight of my collection for a long time, commemorating an exciting time in my life.

Side note, I wish Wayne's Hawaiian skit from Saturday Night Live was on YouTube so I could link it here. Classic! (UPDATE: Thanks to Greg Z. for passing on this link to it!) It'd be biting off a bit too much for me, but an awesome autograph project would be to get autos of every pro athlete who's ever hosted SNL.
Posted by defgav at 2:57 PM