More cards of mine to check out

Here are a few more pickups to wrap up my latest COMC order. 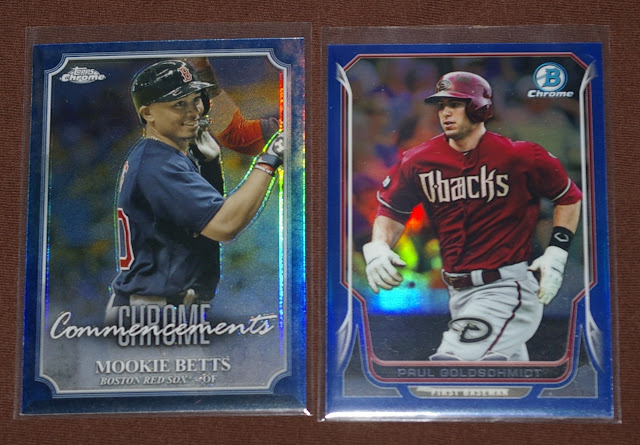 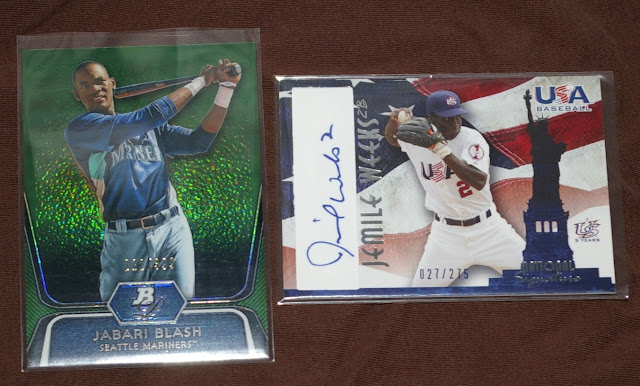 These guys raised some eyebrows in Padres spring camp, getting sucker fans like me to think they were on the verge of break-out seasons. But Jabari Blash has struggled (Rule 5 guy who recently cleared waivers and was sent to AAA after the Mariners didn't want him back) and Jemile Weeks is injured. 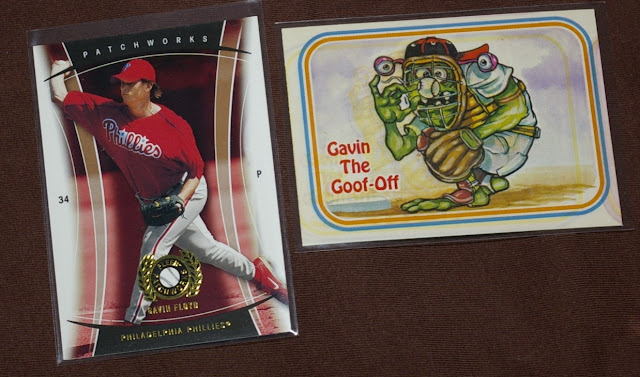 A pair of Gavin cards. Gavin the Goof-Off fits alongside the "Thanks Gavin" Garbage Pail Kid as kooky cards (stickers, actually) in this minicollection of mine. Don't know much about this set, but I believe it was originally released in 1973 and reprinted in '88 (1988 Donruss Awesome! All-Stars #63, is what this is). 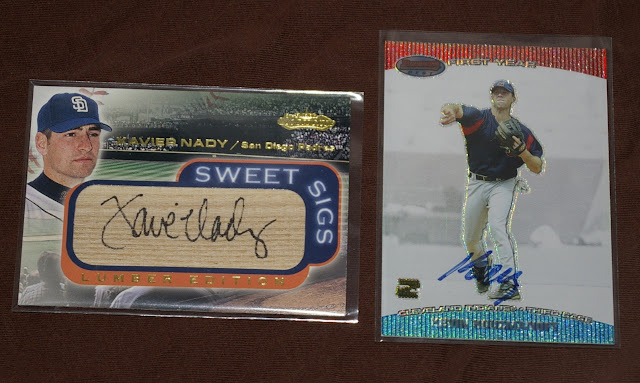 As I look to wrap up my Ken Caminiti collection, I've been trying to score a few nicer cards to round it out. These are pretty cool looking are each serial numbered. That Donruss stat line parallel might be the only card I have of Cammy as a Ranger. 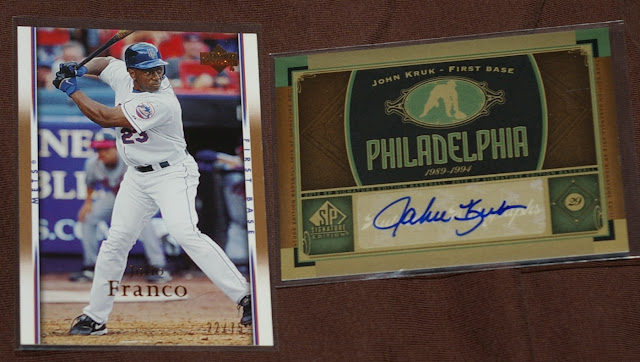 My Julio Franco collection is pretty much done (by my arbitrary criteria) but I was compelled to pick up this parallel #'d /75. As for the John Kruk auto, yeah it was probably a dumb purchase even if it wasn't much money. I'll likely make a custom overlay for it one of these days if I can find a good photo to use.

My love for David Lee Roth shines through in my choice of letter patch cards. Haha, no, actually I needed these letters in my goal to spell BASEBALL CARD BREAKDOWN. I'm getting pretty darn close to it thanks to these and a few other pending cards that I should be receiving soon. Gavin Floyd and Kevin Kouzmanoff make their 2nd appearance of the post. I've been trying to keep the cost of these around $2-3 per, but I paid a little extra to get a Gavin into this project. On the other hand, I don't know anything about Jarett Dillard, but this was the cheapest L available.

That's gonna do it for this order. Thanks for checking them out.
Posted by defgav at 4:19 PM