I'm a Star Wars fan who doesn't really like May The 4th, gotta say. I much prefer the Festival of Lightsabers, which is observed in my house the week nestled between Christmas and New Years. I like having an annual Star Wars celebration, but only one day just doesn't cut it for me.

But I've got some recent SW acquisitions to show off, so I'll reluctantly get on board with this here post. ..even though you're all probably sick of Star Wars stuff today by now.. and page views and comments typically plunge on my occasional Star Wars posts (or really any non-baseball post).

But let's get to it for the few of you who are here!

Believe it or not, there was a time in my early collecting days of 1990-1993 when I may have been just as into comic books as cards.. maybe even more so for a brief period. In fact, my first serious girlfriend lived nextdoor to a comic shop, and I definitely remember checking out the shop and buying a book or two when we first started going out. I think I bought my last comic book after my last pack of cards (I know the last pack I bought was in 1993, but I'm pretty sure I got a few comics in early 1994), but yeah, it was around that same time that I stopped actively collecting things besides CDs and bootlegs of my favorite bands.

Unlike my return to cards as an adult, I haven't returned to comics. Before my latest move a couple years ago, I used to live a short walk from Portland's big comic shop. I went in once and bought 3 cheap comics-- my first comic book purchase since '94-- but never got around to reading them.

Like with my childhood card collection, I jettisoned off the majority in a big lot on Craigslist before moving out of San Diego, keeping only a box of a few favorites. One of these days I should do a post or series of posts on the small collection of comics I've kept over the years. I'm surprised my blog has been going on as long as it has without ever featuring a comic book until now.

But anyways, a couple weeks ago I read online about this one-shot C-3PO comic that tells the story of his red arm, a random unexplained detail in The Force Awakens. I thought that would be cool to check out, so I did an eBay search and won this: 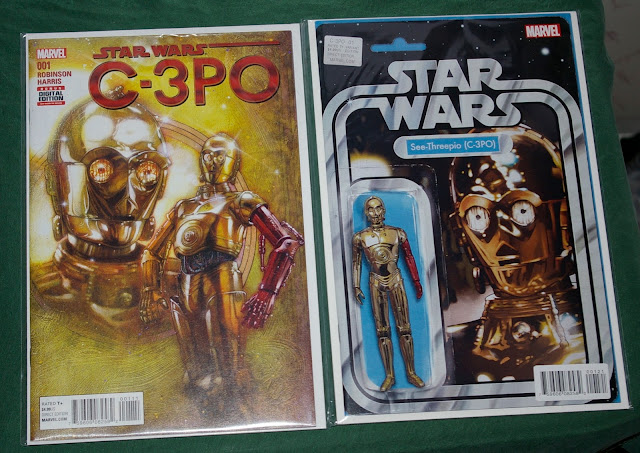 I was like, "Cool, that comic I was looking for.. plus a corresponding action figure!" But it was late in the evening and I had a couple drinks in me. I didn't read the listing too carefully. It wasn't really a toy. 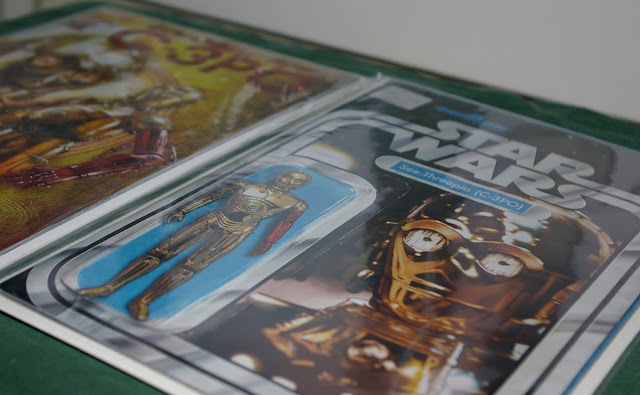 Lol, it's just a cover variation of the same comic that looks like a toy. Ha, oh well, still cool.

Anyways, I read the comic last night finally (sorta like homework for this post) and it was a good read. The story is simple, but a bit dark and heavy at times even though it's centered around a group of droids, so it's not something you'd want to read your toddler before bed. I won't go into spoiling it, but I'm sure you could google around to find a synopsis.

John Miller sent me a nice Priority box a week or two ago. The baseball cards will be featured on my next trade-roundup post coming soon (still need to sort them out a bit!), but in addition to cards, John included some cool Star Wars Galactic Connexions discs... 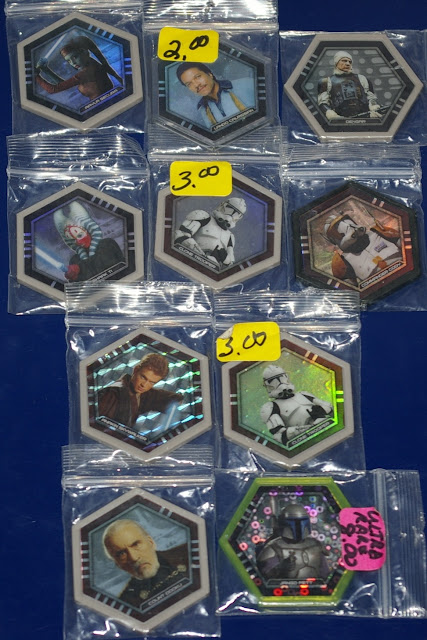 I wasn't familiar with these things, but they're definitely cooler than their sister product, Topps Chipz. Obviously the Hayden Christensen is my least favorite, but at least it seems to be an xfractor-type parallel, so I won't throw it in the trash. The Lando is great. The best one here is probably cool green Boba--er, Jango Fett, which the sticker tells me is ultra rare.

Big thanks for these, John!

Finally, you may recall in my previous Star Wars themed post back in January that I got a successful TTM return from the great Carrie Fisher (or at least someone who handles her fanmail). Well, what I didn't mention is I actually sent her two cards to sign. It was actually an "uncut panel" with two cards on it. The signature on the other one went outside the card boundary, so instead of cutting it into a card, I turned it into a little framed piece: 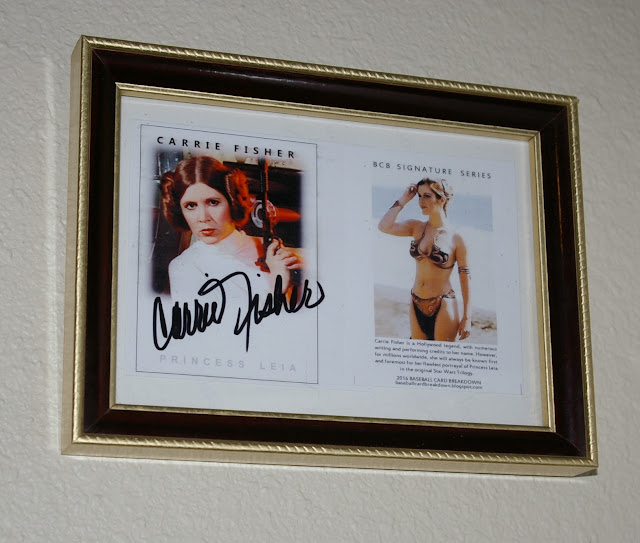 I think it looks pretty good! 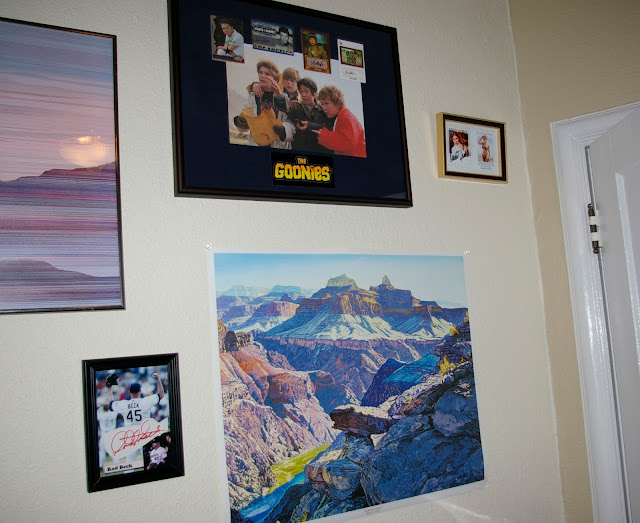 Stylin'! The south wall of my card room is looking pretty diverse now, with some pastel renderings of mountains joined by autograph displays of Rod Beck, The Goonies, and Princess Leia.

Thanks for stopping by, and (ugh) May the Fourth be with you!
Posted by defgav at 12:10 PM