Well, it was a surprise to me!

I had assumed the local card show was on the last Saturday of the month like it typically has been the past few months. But a curious check of the website this morning at 11am informed me that, no, the show was today.. GOING ON RIGHT NOW!

Well damn, glad I checked before it was too late. I threw on pants and got out the door in a few minutes time.

I ended up making 2 purchases, both from my usual go-to dealer. One was 16 cards from the quarter boxes for $4, and the other was 28 cards from the dollar bins (or 7 for $5) for $20. I was a bit restrained compared to my past few card shows, but with the late start n' all, it was a fine haul. 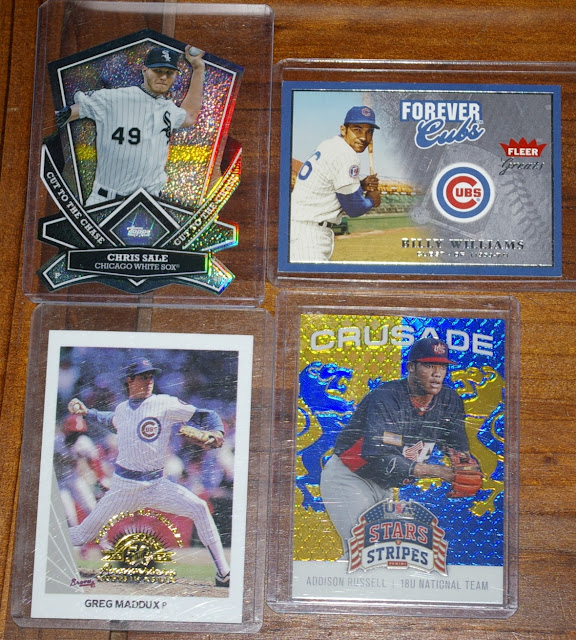 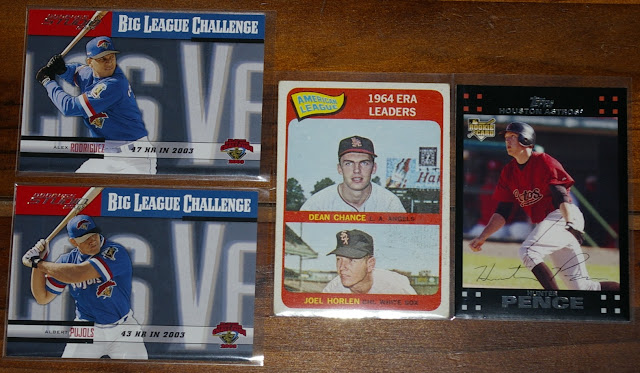 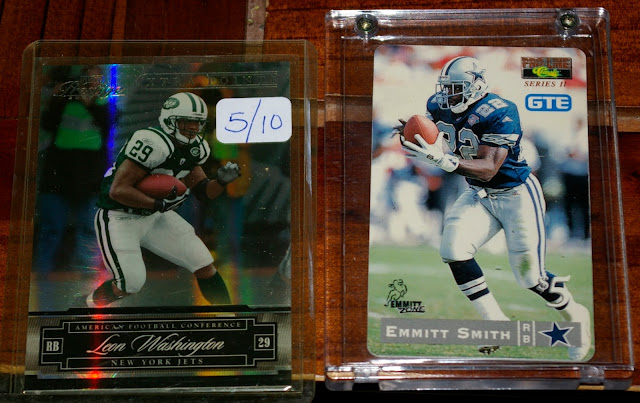 I needed a couple more cards to bring it to an even dollar amount, so I took a quick look in the football and found these 2. Not familiar with Leon Washington, but a card #'d /10(!) for a quarter seems pretty good. (Any Jets fans out there interested?) The Emmitt Smith is a phone card thing, #'d 1588/3577.

Now we're out of the quarter box and into the dollar territory. These are autos of 3 decent names I remember from my days collecting as a kid. El Presidente is a silver, so I guess that means it's slightly more rare than the bronze Baerga and Kelly cards.

Pretty sure that's Justin Upton on the right, right? It's a 3D ("experimental lineagraph") card from Lineage, /99. 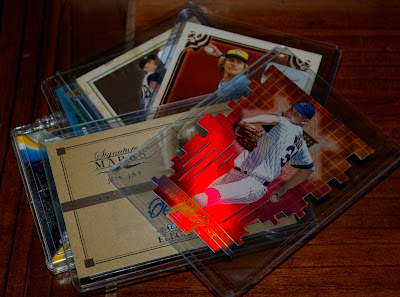 Always keeping an eye out for my trade buddies. 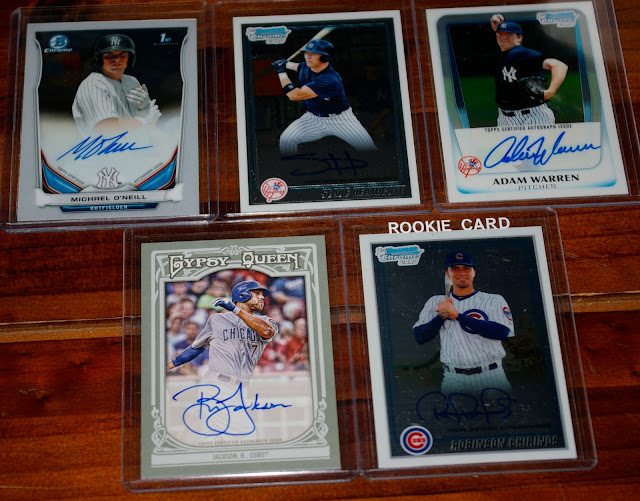 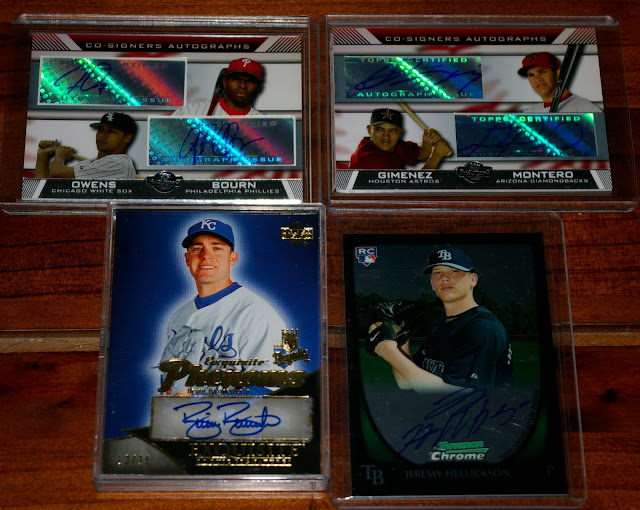 More trade bait autographs. Brian Bannister #'d 13/15. Jeremy Hellickson is the Chrome card there that doesn't photograph well. He's been having a solid year for the Phillies. 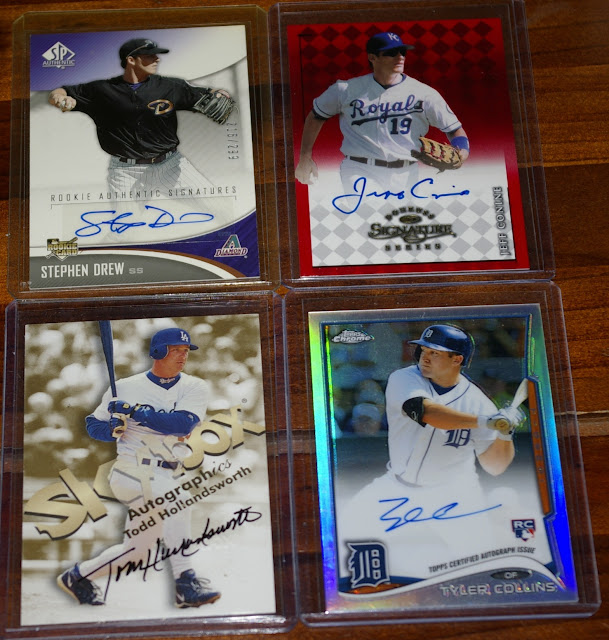 We close with the Big Hurt. Getting "junk" cards graded just seems dumb, but hey, for less than a buck a pop, I'll add some encased Frank to my PC, I guess.

Plus a few set-aside-for-others cards not pictured. Not a bad haul for $24.
Posted by defgav at 3:43 PM