A TTM success to reaffirm the greatness of this hobby

Late last year I discovered a new guy in pro ball who shares my first name of Gavin. Gavin Pittore is a relief pitcher in the Dodgers chain who doesn't seem to have any real cards out there yet. I've got autographs of all the other active Gavins (Floyd, Cecchini, LaValley, Glanz), so I made a note to go after Mr. Pittore before too long.

A couple weeks ago I got around to whipping up a custom for him and sent off a TTM request c/o the Great Lakes Loons, the A-ball team with which he's having a nice 2016 season so far, putting up a 1.38 ERA in his first 6 appearances with a couple saves. I included a couple extra copies of the custom for him to keep.

Today I was super excited when the lone piece of mail in my mailbox was my SASE returned home victoriously. 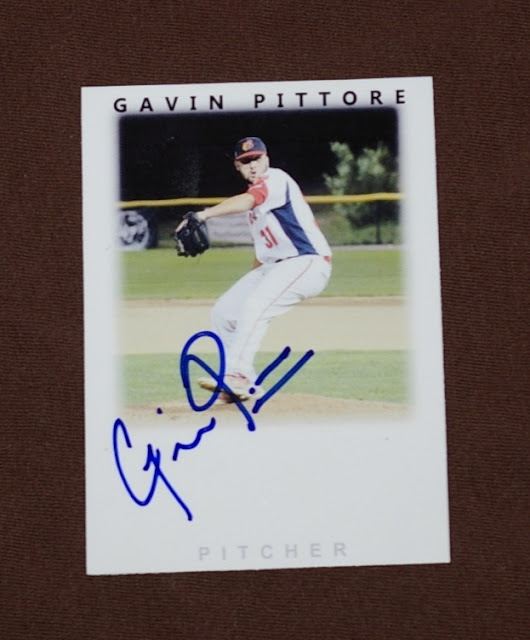 Love it! I again went with the tried n' true faux Leaf Signature Series design. One thing I really like about collecting autogavs is checking out how other Gavins sign their name. Mr. Pittore has a very cool signature, a little reminiscent of Pat Neshek's funky autograph. 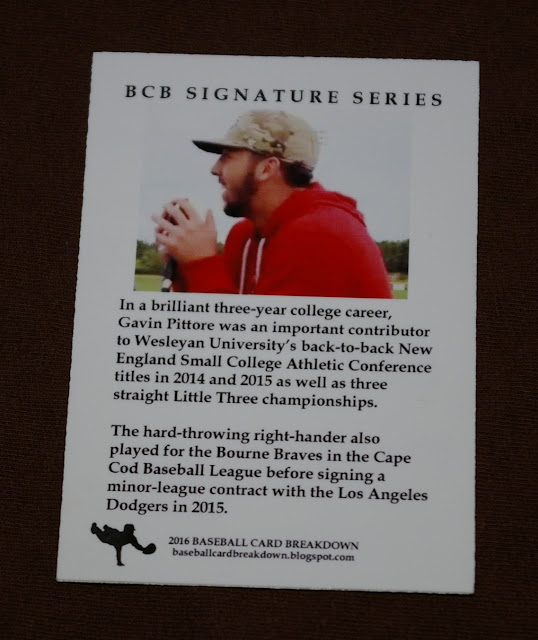 The back features a quick bio and a pic of him goofing around during an interview.

And the really cool thing with this return was Gavin included a note for me: 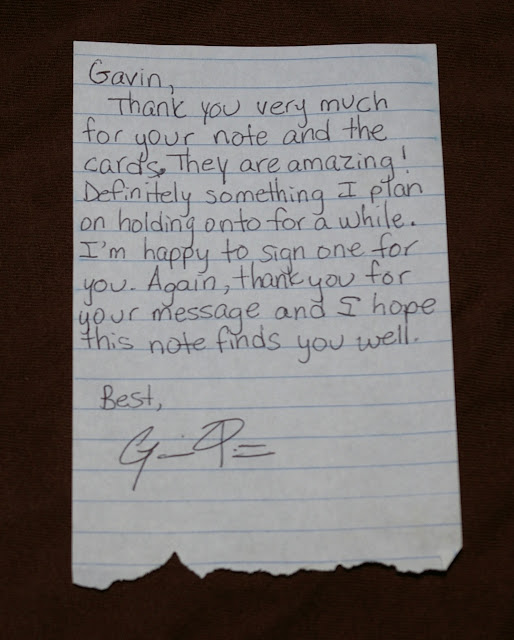 Wow! That's super cool. As far as correspondence with TTMs, Vida Blue included a little note asking if I could send him a few more copies of the custom I sent, but this is the first full-on "thank you note" I've gotten.

This awesome return totally made my day. An extra special TTM return like this packs a joyous feeling akin to pulling a big hit or being sent a killer card by a trading buddy. Stuff like this is why this hobby is so great.

This will no doubt stand as one of the most meaningful cards in my collection. Huge thanks to Mr. Pittore for his kindness. I'll definitely be rooting for him to move successfully through the minors and hopefully make the big leagues before long.
Posted by defgav at 11:15 PM