I picked up a cheap box of 2000 Topps Series 2 recently for something to rip. I wasn't collecting at the time, so I don't have that many cards from the set and have never ripped any previously. 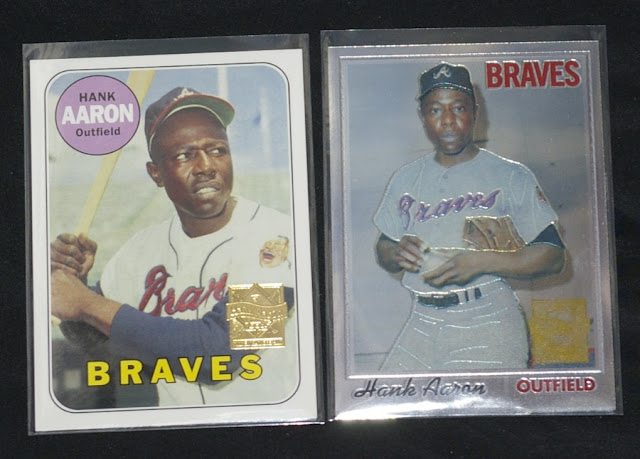 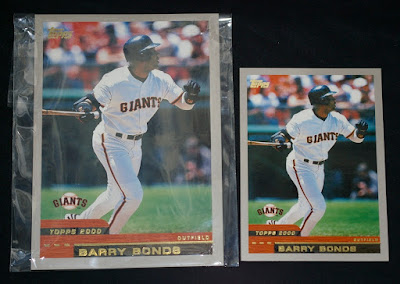 There was a box topper of an oversized Bonds card, later to be joined by his normal-sized version. 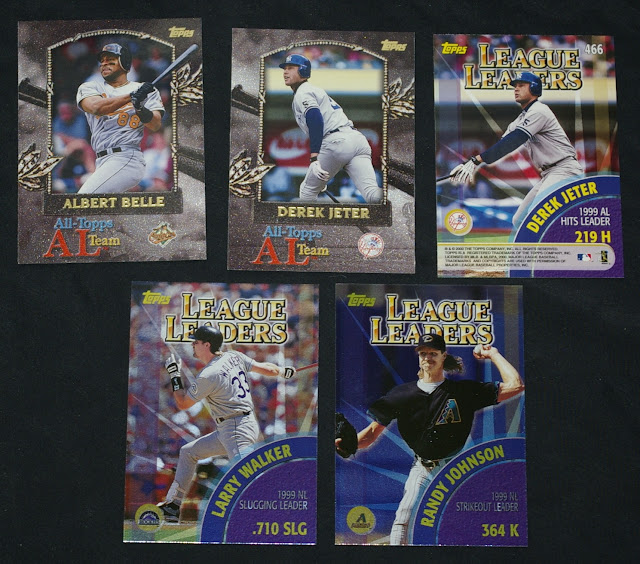 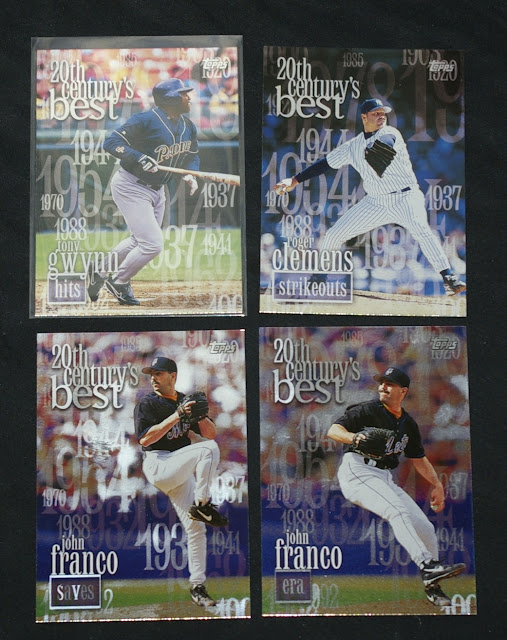 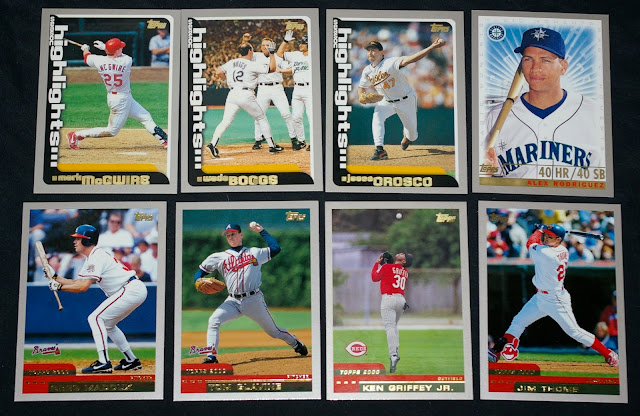 Some base cards of dudes I collect. 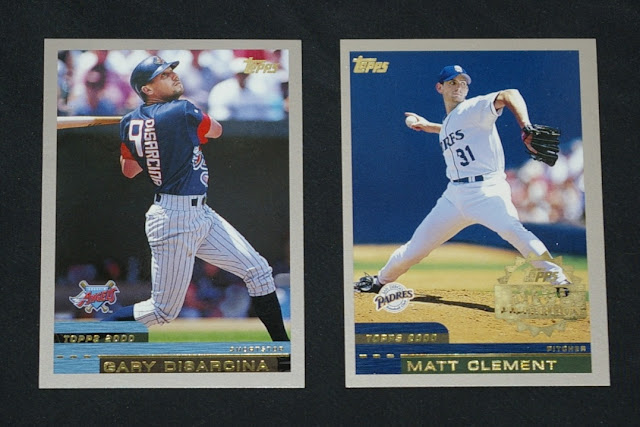 On the left.. Now, was that the Angels' real uniform for a while, or was it a special Turn Ahead the Clock gimmick?

On the right is my toughest pull of the box. These MVP Promotion parallels are 1:520. Too bad Matt Clement isn't a big name (and the card is off center), but hey, at least it's a Padres card (If I was a team collector, this would be a great pull for me, but alas.)

Thanks for stopping by!
Posted by defgav at 2:51 PM