Not sure what to think of this card show haul

Maybe I've just gotten spoiled, but I was kinda disappointed with my card show haul this weekend. Just one purchase, from the bins of my regular guy, $50 for 70 cards. Nothing super awesome, but some nice additions to my collection and some cards to pass along to trader buddies. Here are the highlights. 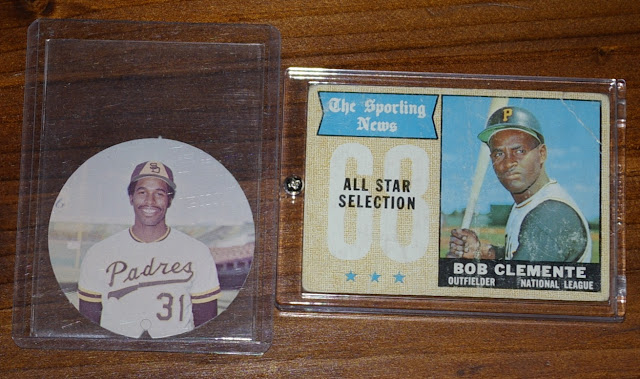 The disc is from McDonald's dated 1974.. yep, a Dave Winfield oddball rookie! Pretty cool. Seems to eBay for around $15, probably my best deal of the day.

As for the Clemente, if I didn't already have this '68 Topps all-star card, I'd be more excited at this score for under a buck, even if the card is a bit beat up. 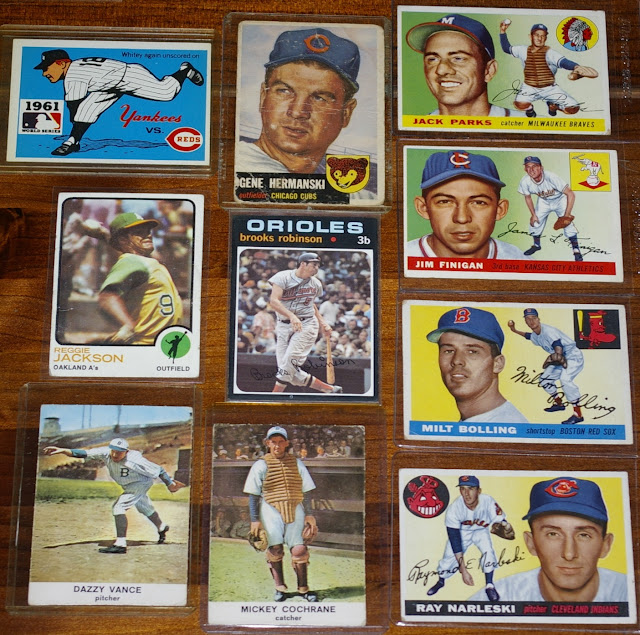 More off-condition vintage. I think these are probably all available for trade if any of them catch your eye.

I feel bad that I picked up some Pirates for me, but nothing really for the big winner of my latest contest, Matthew Scott. But I've got a decent cache of Buccos ready, so I should still be able to hit him with a solid prize package. And, not pictured, but I picked up a handful of Red Sox for bonus winner Shane at Shoebox Legends. 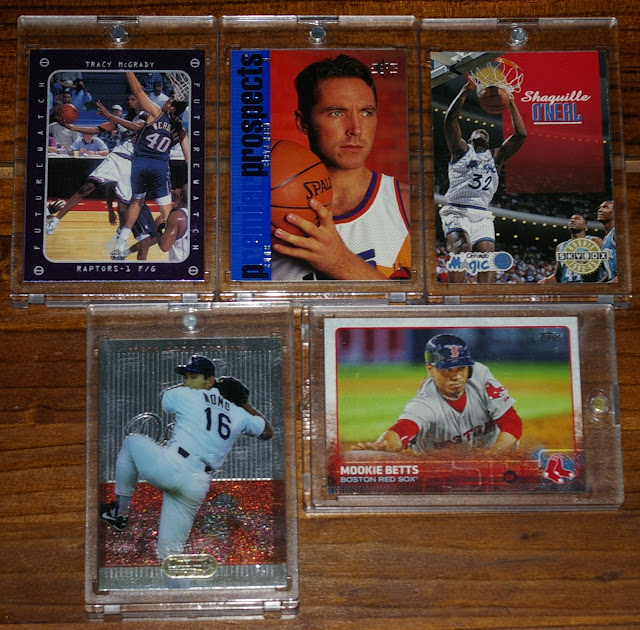 When I come across a magnetic one-touch case in the (sub)dollar bins, I usually snatch it up. If it contains a cool card, all the better! Basketball cards here include rookies (?) of Tracy McGrady, Steve Nash, and Shaq.
And, oh crap, I didn't realize until typing this that the Mookie Betts is a photo variation.. seems to be worth about $15. Nice! And a PC guy for me, at that! 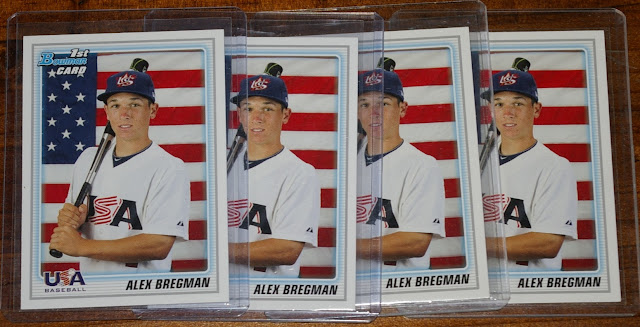 My God, what have I done? I'm a frickin prospector now? Oh well, hope this Alex Bregman kid becomes a star. 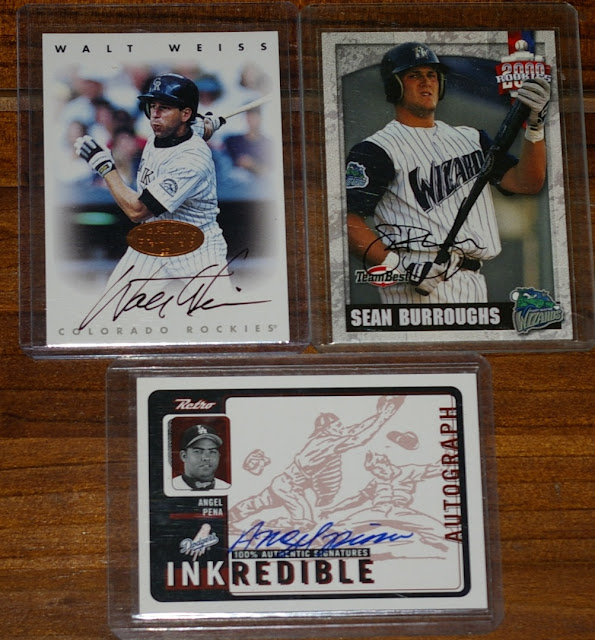 Certified autographs are hard to pass up for less than a buck each, though I did pass on a few unfamiliar names. But had to grab the Weiss (like Fuji, I love that set!) and Burroughs (former can't-miss Padres prospect), and Angel Pena (any Dodgers collectors want it?). 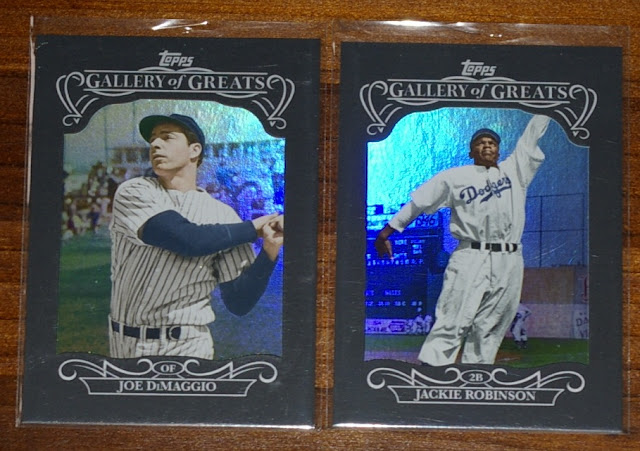 I still love these Gallery of Greats inserts from last year and wouldn't mind finishing the set someday. Turns out I already have these 2, though. Whoops. Anybody want to trade me for either? 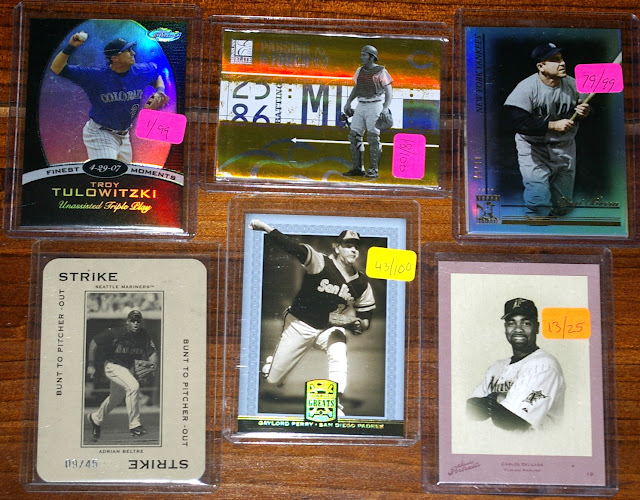 Still a sucker for serial numbered cards. These are some big names and all #'d /100 or less. 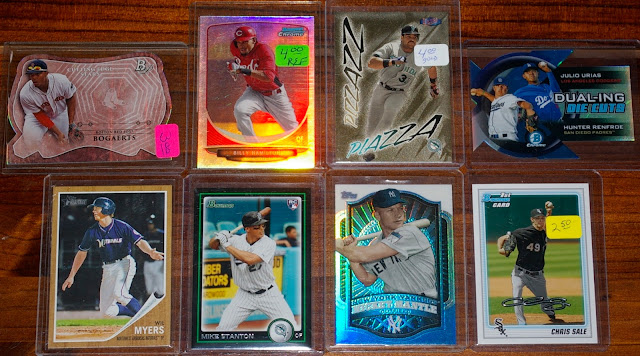 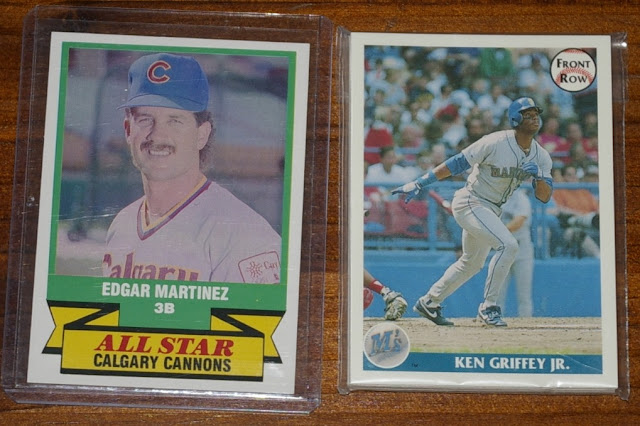 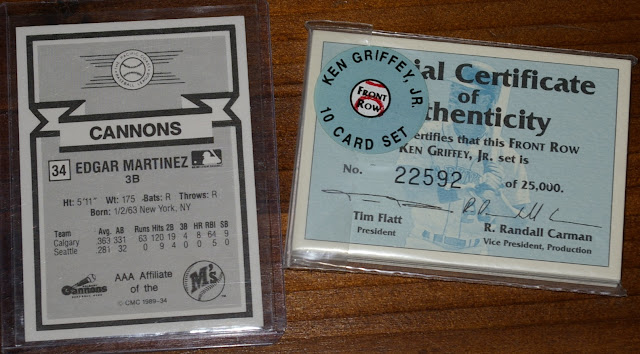 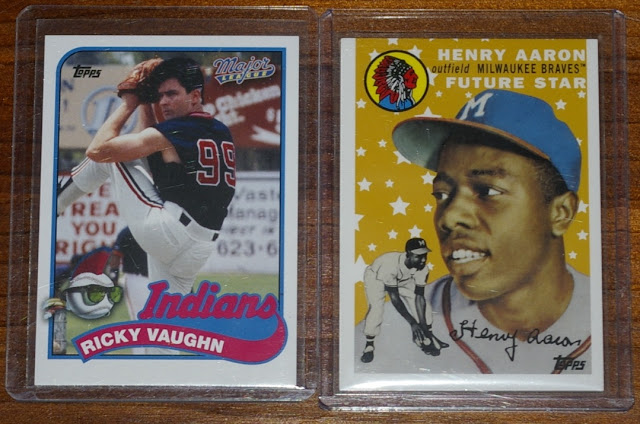 Closing out with this pair. The Charlie Sheen card from last year's Archives (er, 2014, I mean) still fetches a few bucks.
The Hank Aaron is one of those "Future Stars that Never Were" ..kinda weird concept, but sorta neat, I guess.

So there you go. While I may have felt a little underwhelmed with my purchases as I was driving home from the show-- and there were a few cards (some not pictured) that if I could go back in time, I wouldn't buy-- but now reflecting on it a bit-- and realizing that Mookie Betts was an SP variation-- I'm feeling a lot better about my haul.
Posted by defgav at 2:43 PM