WHAT HAVE I DONE?! A discounted blaster of 2012 Goodwin Champions 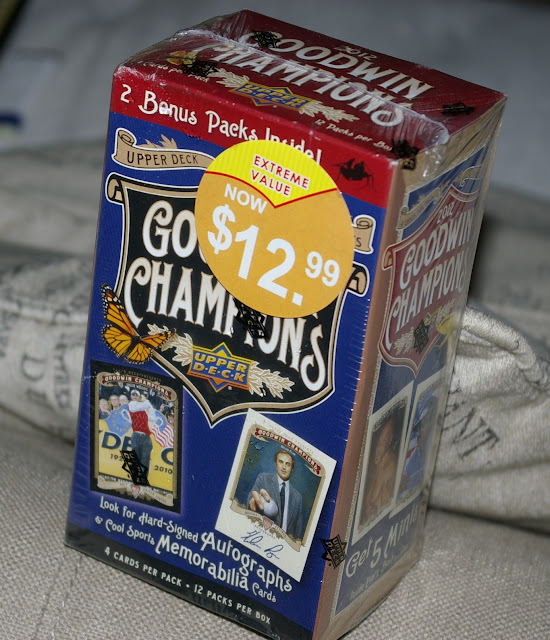 The grocery store had a few discounted blasters today, and I kinda wanted something to rip. There were no discounted baseball blasters, though. The closest they had was 2012 Goodwin Champions.. featuring a few random baseball players in suits or playing golf. How wretched, right? But I was like, screw it, let's throw caution to the wind and grab this abomination of a sportscard product. 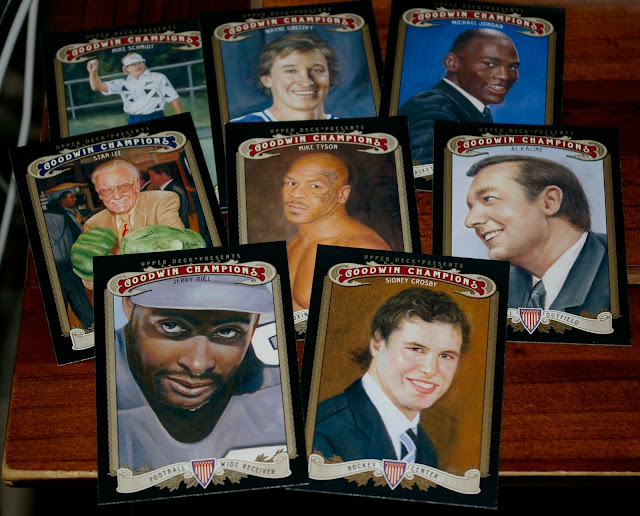 Here are some decent names. But the pictures are so creepy! Gah! Who thought this was a good idea? These are among the better looking cards. 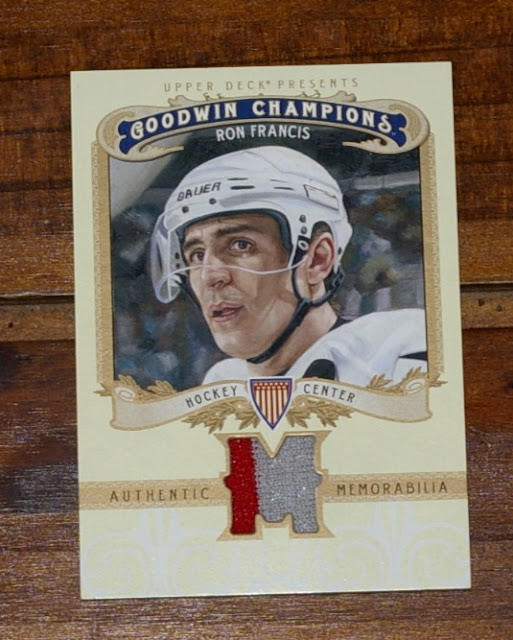 Hey, I pulled a hit! Not a sick megamojo hit, but a hit nonetheless. Decent 2-colored swatch of a hockey guy named Ron Francis. Does anybody want to trade me for this??? 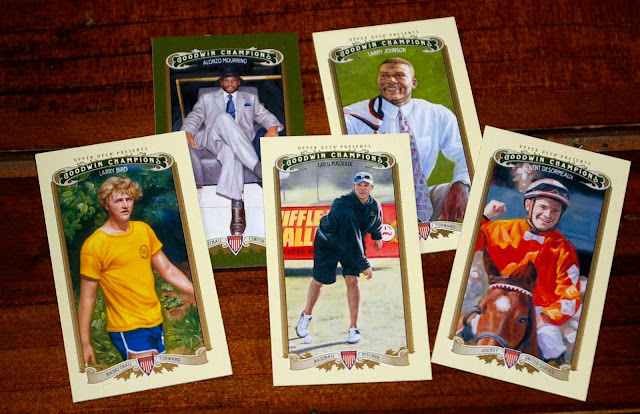 Minis! That probably didn't warrant an exclamation point. Greg Maddux is a guy I collect, at least. It's apparently a photo of him playing wiffle ball?? The Larry Bird is also almost kinda cool. 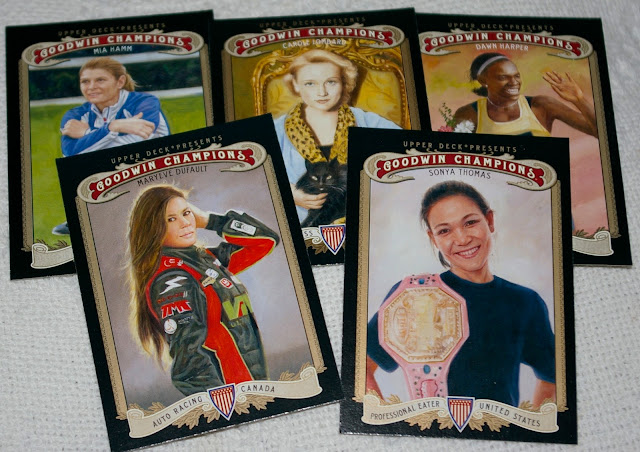 One nice thing with a box of Goodwin Champions is that you can pull cards of ladies. Hello, ladies. 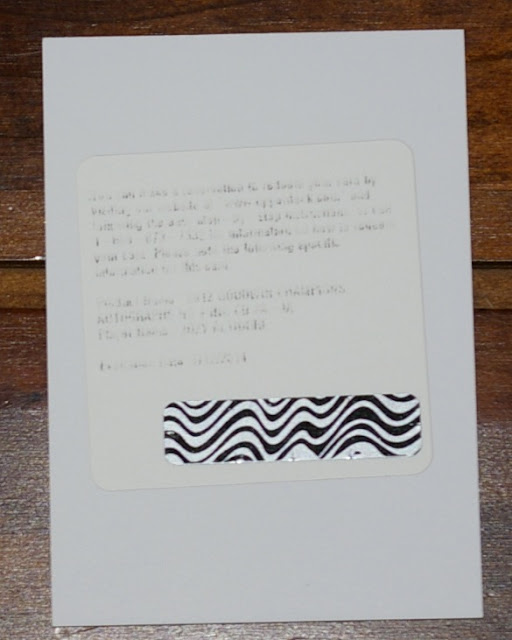 Ooooh, look, a redemption type thing! It's so faded I can't even read what it says. The big question: Does Upper Deck honor expired redemptions?? Panini usually does (yay!), Topps usually does not (boo!), but I'm not sure about UD. I guess I'll scratch it and give it a shot.. assuming I can read the code. **scratch scratch** Nope, it looks like faded hieroglyphics. I think I can make out the word "AUTOGRAPH" and the name "JOEY" in there. Joey Chestnut, maybe? Oh well, at least it wasn't Michael Jordan.. that'd have me crying. 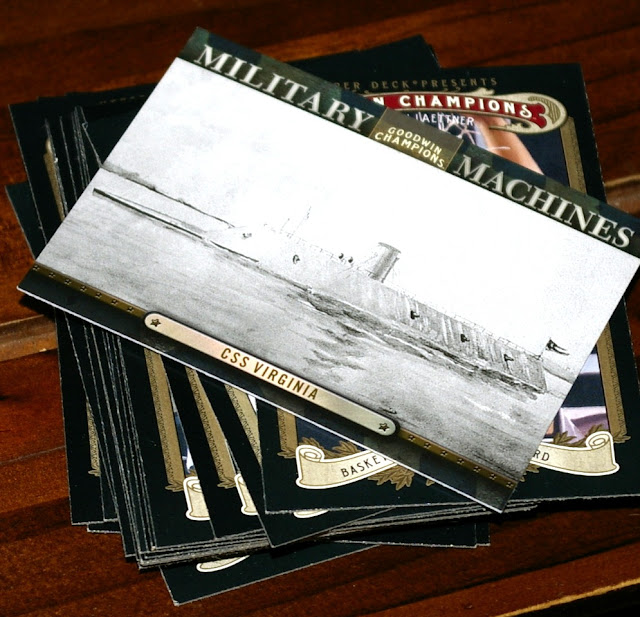 As for the remainder of this stack of garbage, I guess I'll throw it in with the grand prize of my 800th post contest. But don't let that dissuade you from entering! I'm thinking I'll do a flat-rate priority box full of cards (assuming the winner is located in the US), hopefully leaning to the tastes of the winner, with a couple nice cards ($$) to crown the package. Also some other neat potential bonus stuff which I'll mention in posts this coming week. I'll also throw in "bonus entry" possibilities because those are fun.

In fact, for a bonus entry, be the first to comment below calling me by the name "Matilda" and also telling me about Ron Francis.
Posted by defgav at 7:28 PM