I got 2 packages of cards in the mail yesterday, and they both had a heavy holiday vibe to them. The first contained a Gavin LaValley orange refractor, seen here blinking away like a Christmas tree light. 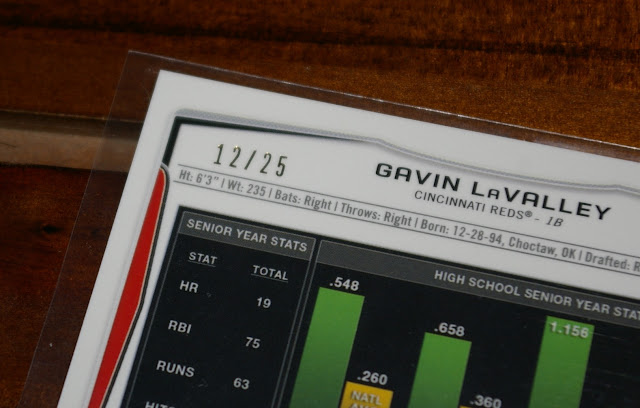 And yep, it's numbered 12/25! I've completed this rainbow (save for some one-of-ones), though I don't think I've actually posted about it yet. (Truth be told, I was waiting for Mr. LaValley to return my TTM request, and then just do a big combined post.. but I haven't had much luck getting that return yet. *sadface*). So while I already had one of these /25 orange refractors, I was happy to "upgrade" to the Christmas Card for a few bucks off eBay. 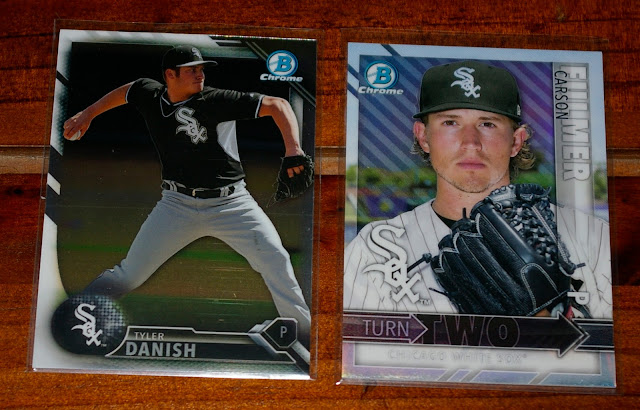 The eBay seller even threw in a couple bonus cards as stocking stuffers. Not sure why he sent White Sox cards, but hey, free cards are always appreciated.


But then the other package was from The Lost Collector, marking the first completed swapping of cards for us. He included a note wishing me a Merry Christmas in July. (Always nice when a fellow blogger provides a theme for you. I didn't have to spend any time thinking about what to title this post.) 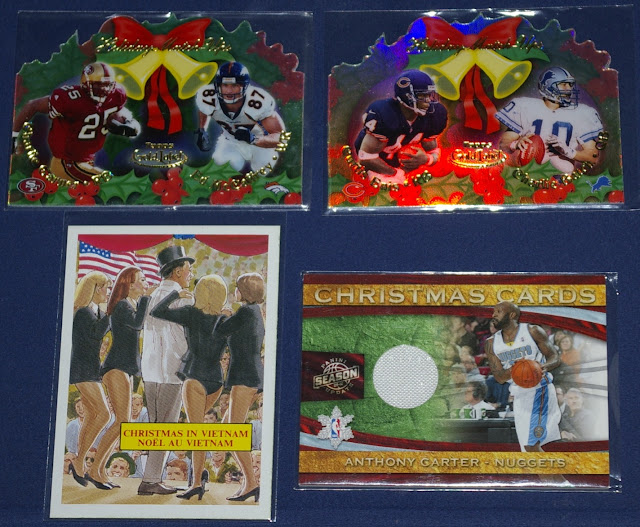 Haha, AJ had some fun with my whole "Christmas Card" minicollection, even including a relic that has "CHRISTMAS CARDS" in big letters on the top. But flipping it over.. 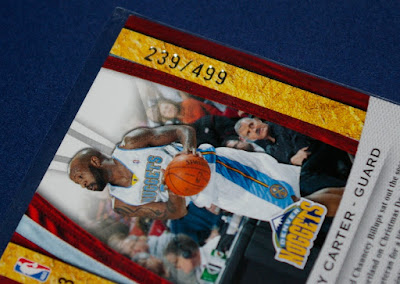 Hey now, that's no 12/25 card! But it does say that the swatch was from a uniform worn during a game on Christmas Day, 2009, so that's pretty cool.

I'm not sure if these literal Christmas cards will stick in my collection longterm (is that really a can of worms I want to open? To end up chasing Santa cards and various holiday-themed relic cards? That could get out of hand!), but I definitely got a kick out of them. 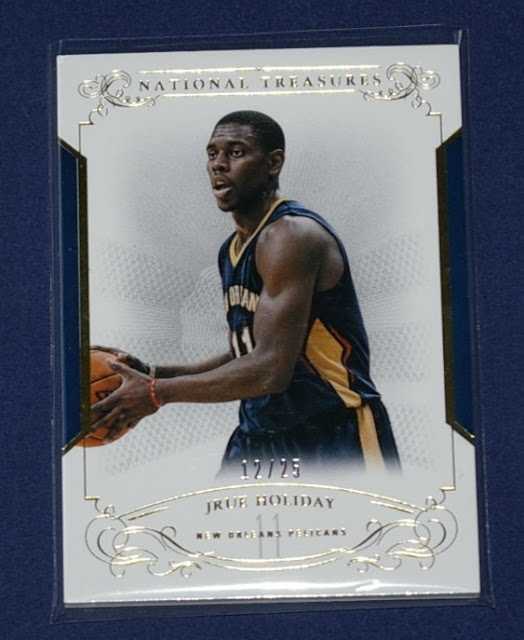 Here we go! This card of Jrue Holiday is #'d 12/25 and gets bonus points thanks to his name being Holiday. 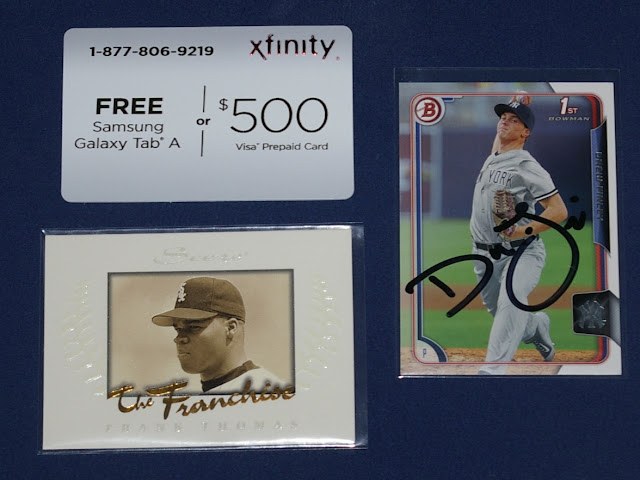 LOL, while it's true that I've taken to scribbling sketch cards on the back of fake credit/gift cards from my junk mail, I hope trader buddies don't get into the habit of saving theirs for me. I was kinda bummed to turn it over and not find a drawing from AJ, as I know he's whipped up several solid sketchcards himself over the years.

That Frank Thomas The Franchise card is of the  glow-in-the-dark  variety, which are always very appreciated.

As for the Yankee TTM auto? Well, AJ mentioned on twitter that Drew Finley signed and returned a bunch of cards (though the extras were offered to him to keep). I volunteered to take one of the extras off AJ's hands, and he kindly obliged. I don't know much about Drew Finley, but hey, he's a San Diego boy like myself, so that's cool. And he's obviously generous with the fans, evidenced by the TTM return, so seems like a good guy.

Thanks a lot, AJ! These cards really helped to make the season bright.
Posted by defgav at 10:30 AM