Buried Under a Mailday of Epic Proportions

My mailbox got inundated by cards this past Thursday, with three fat packages plus a postage-due orange slip for a fourth. While "a good problem to have," it's times like these that I dread whipping up the trade post(s), as it's pretty much impossible to properly recap everything without taking a few days off work to devote to it. And so I'll give myself the ol' "here are the highlights" out and keep the commentary to a minimum.

First up is CC aka Twitch, who has established himself as a guy you definitely want in your trade circle. 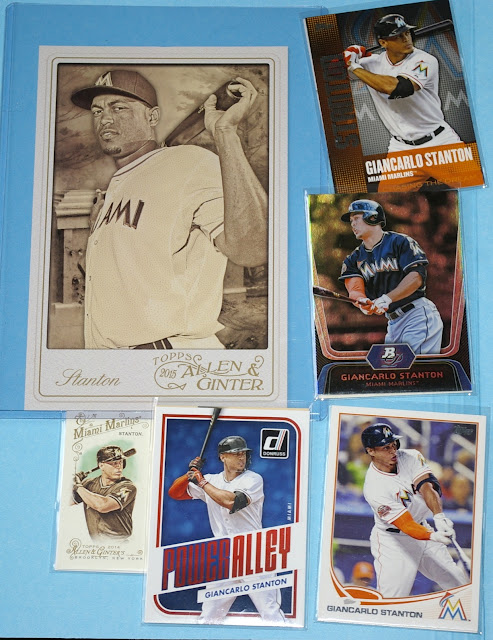 Giancarlo! That A&G is now the largest card in my Stanton PC (which will be getting several more additions by the end of this post). 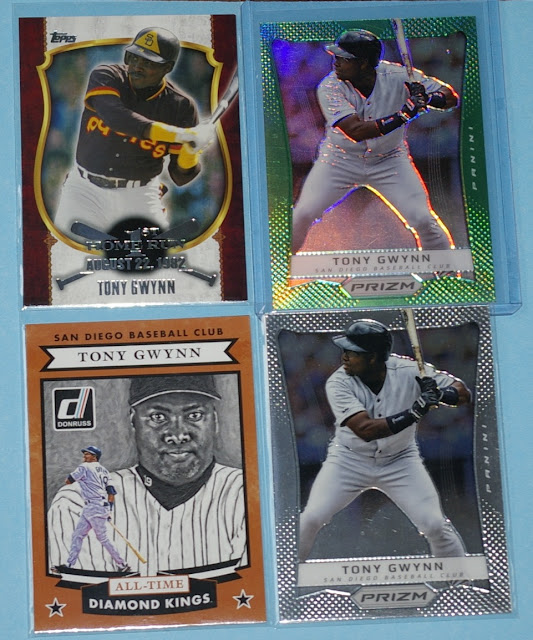 Wil Myers is probably best player currently on the Padres, and as such, I sure like getting his cards these days. This is a nice trio, highlighted by the mini diecut numbered /99. He seems to wear a lot of blue in his career, though I prefer him in the ol' brown and gold. 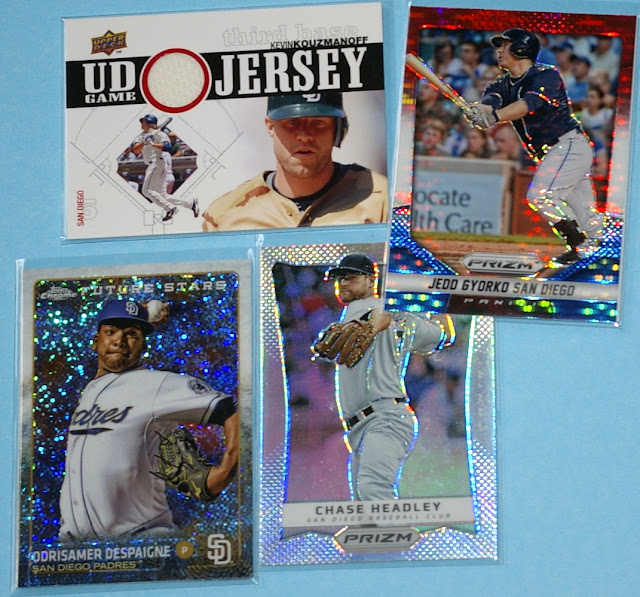 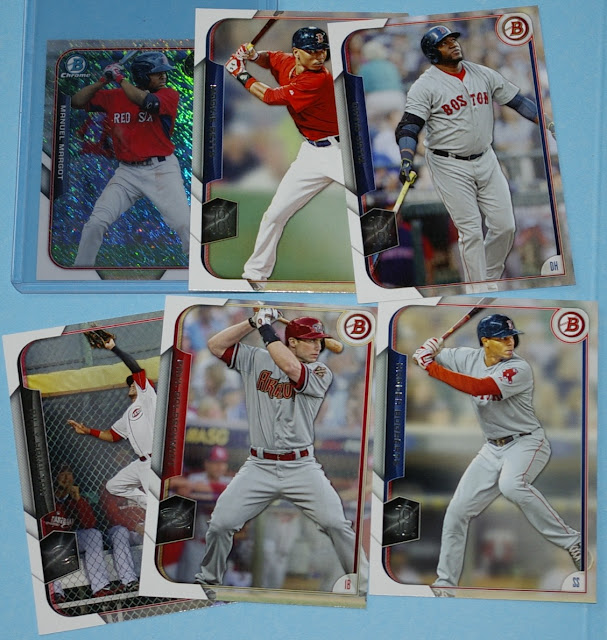 Some Bowman Non-Pads.. well, Manuel Margot is now a Padre, likely to get the call to the bigs by the end of the season. 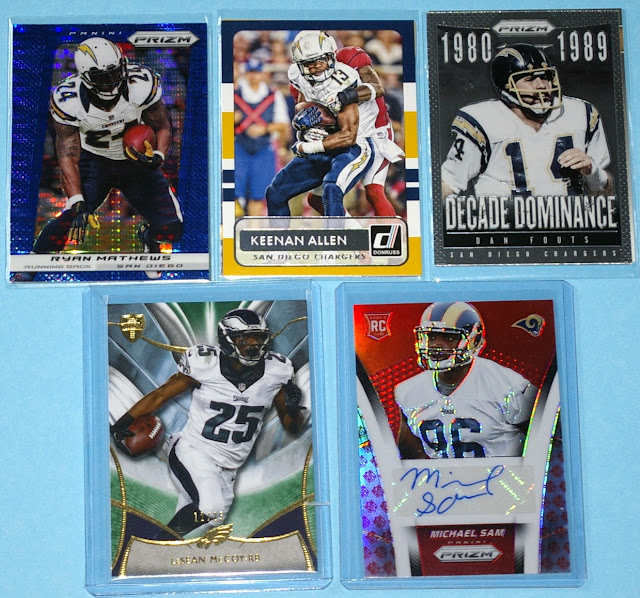 CC dropped some football cards on me, highlighted by a Christmas Card and a Michael Sam auto.

And that was just about half of what CC sent. Huge thanks, man! I dropped a package off to you the other day, so hopefully it arrives safely and can sufficiently pays you back for the awesome cards to sent my way.

Next up is Jason Carter. He's been a big force in the cardsphere for years, with his blog The Writer's Journey being among the oldest still-active card blogs, I think. But this was our first trade. He had some cards up for grabs on Twitter and I called dibs on 3 hits. I was able to convince him that I'd deliver with a quality return package of Reds, and I think he was happy with it. 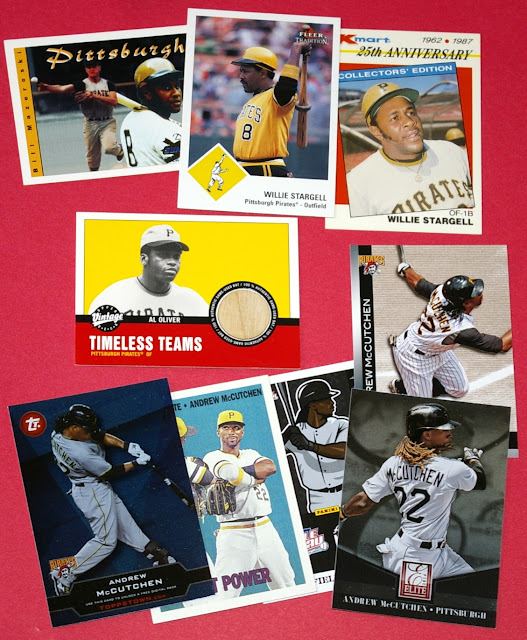 Some excellent cards for my Pirate PCs, including some Stargells, an Al Oliver bat chip, and some McCutchen cards. 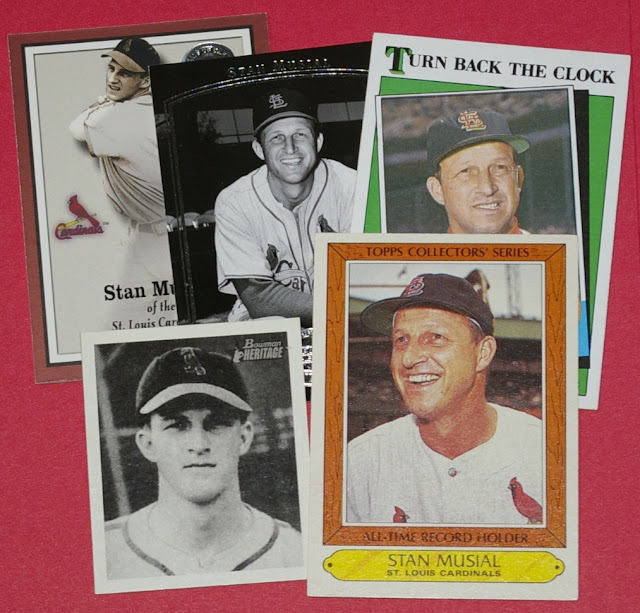 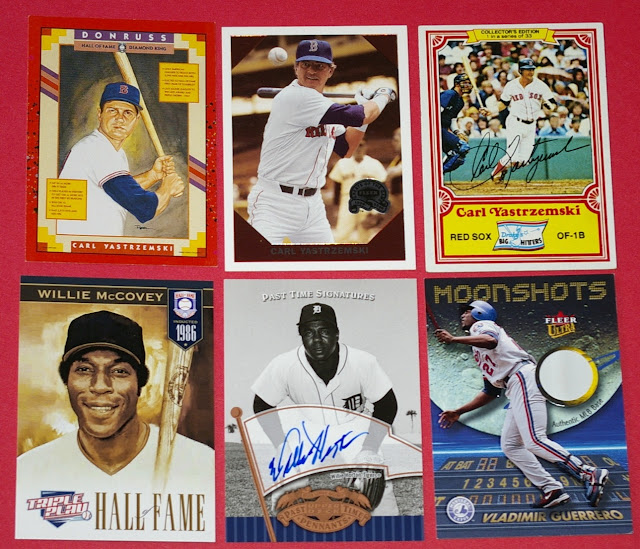 Yaz, McCovey, and a sweet Willie Horton auto. But that Vlad base relic might be my favorite here. I'd been wanting a game-used base card for a while (not a base card, a base card!), and Vlad is a great guy to get it of. He was a beast in his prime! 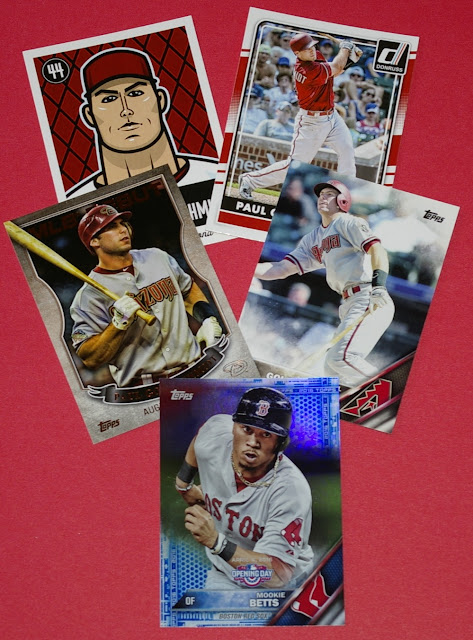 Goldschmidts and a blue Opening Day parallel of Mookie Betts.. love it!

Thanks for the trade, Jason! Hope to do it again sometime once I replenish my Reds tradeables a bit.

Now it's onto another old-school blogger whom I just traded with for the first time. It's Mark Kaz from This Way To The Clubhouse. He expressed interest in the Mets from my 2016 Stadium Club hobby box, and I was happy oblige with them plus some more Mets that had been loitering in my tradebox for too long. He returned a great bunch of cards for me. 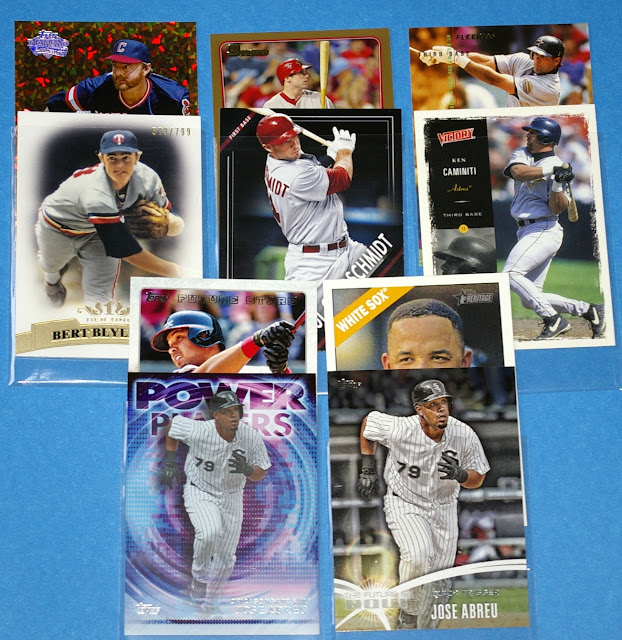 Lots of needs of guys I collect! 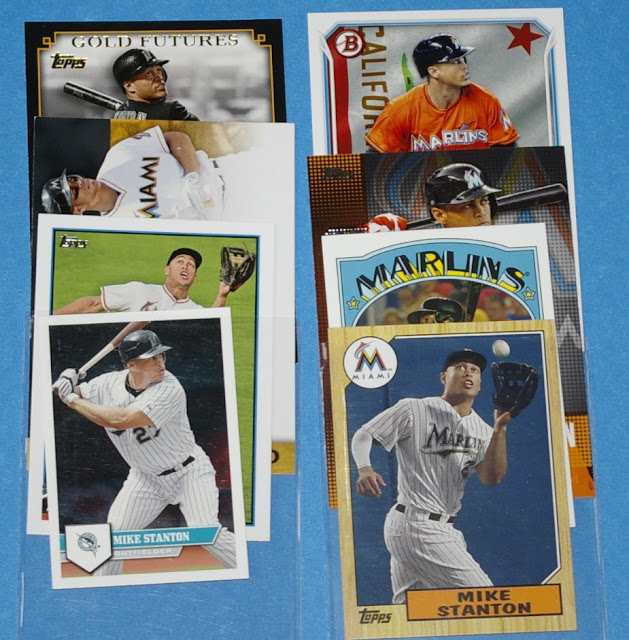 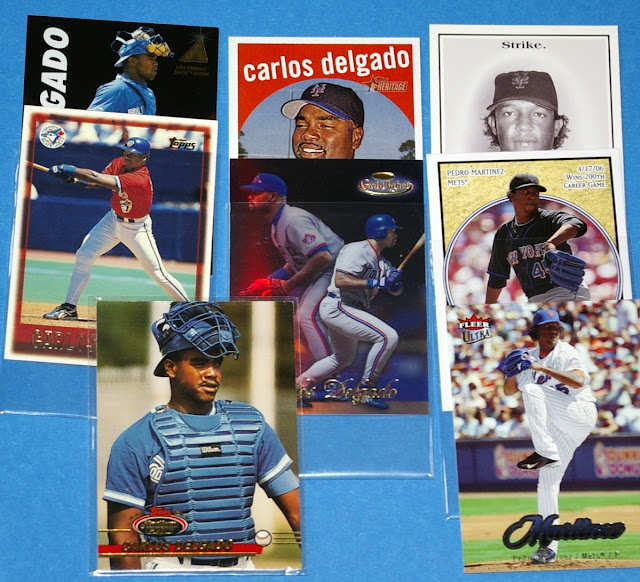 I believe Mark PCs Carlos Delgado and Pedro Martinez, and so he had some dupes to share with me. Very nice! 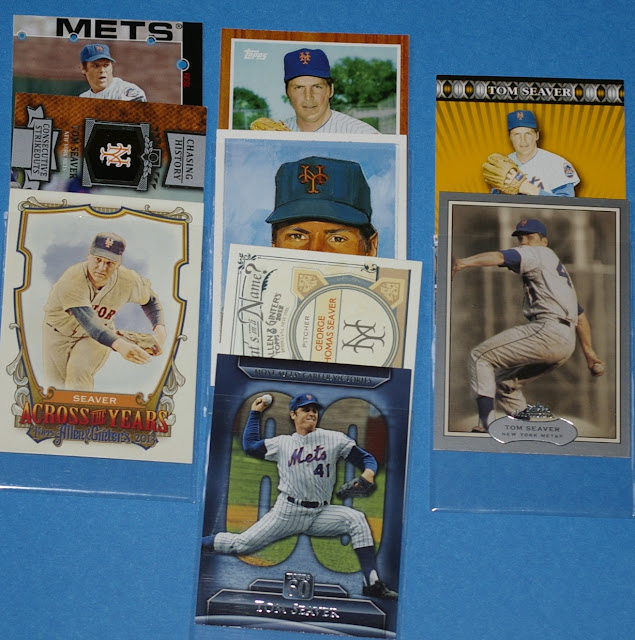 And another big name from Mets history, Tom Seaver. 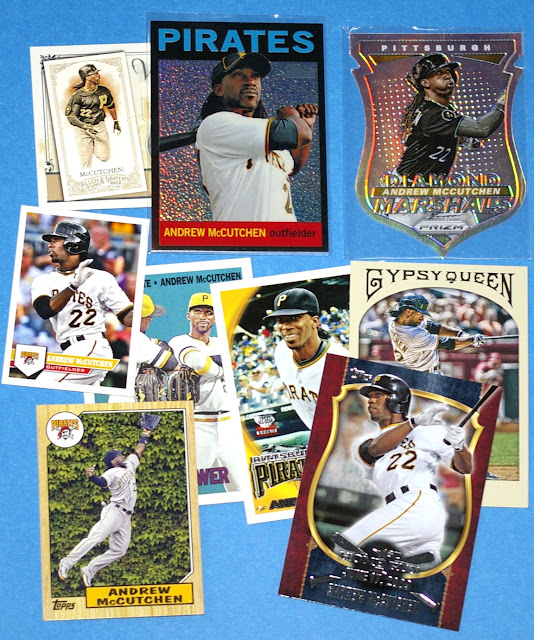 While those other cards were all appreciated, it was this sweet Andrew McCutchen selection that really stole the show. The black bordered Heritage card is #'d /64, which made it my lowest-numbered McCutchen (for a few hours...)

Awesome cards.. Thanks, Mark! Let's do it again sometime!

Ok, that wraps up the cards I received on Thursday, but there was that postage due slip. Friday morning before work, I biked over to the post office to pay them $1.49 for them to release the package to me. Then later that day, another package from the same guy showed up.. this one successfully delivered. 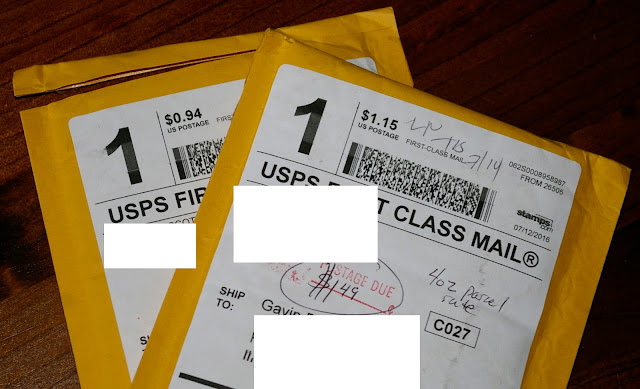 Matt Scott is an amazing guy to trade with, though I guess my post office doesn't like him much! This is like the 3rd or 4th time they deemed a package from him to have insufficient postage. I think I heard that bubble mailers now all have to be considered "packages".. no more getting by with envelope rates.. and that might be where the problem comes from. 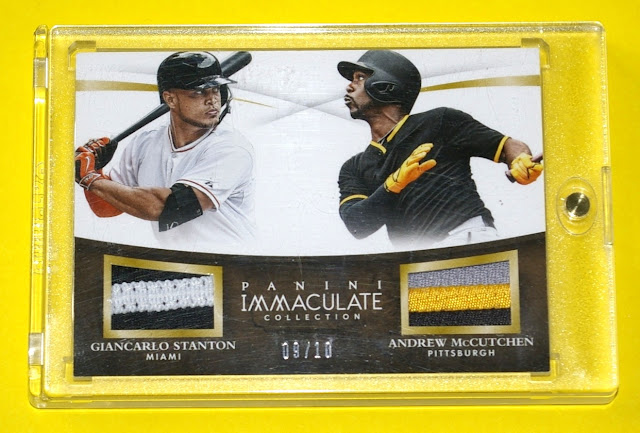 Boom! Here's the big one that needed the extra postage. That's a heck of a card right there! Giancarlo and Cutch dual patch #'d 9/10. And to be sent this by a Pirates supercollector can't be understated! Plus he's mentioned that Stanton is probably his favorite non-Bucco these days.
Thanks so much, Matt! Now I have the dilemma of which PC to store this card in, as I collect these two guys with equal enthusiasm. I guess I'll just display it out for a while rather than make the call just yet. 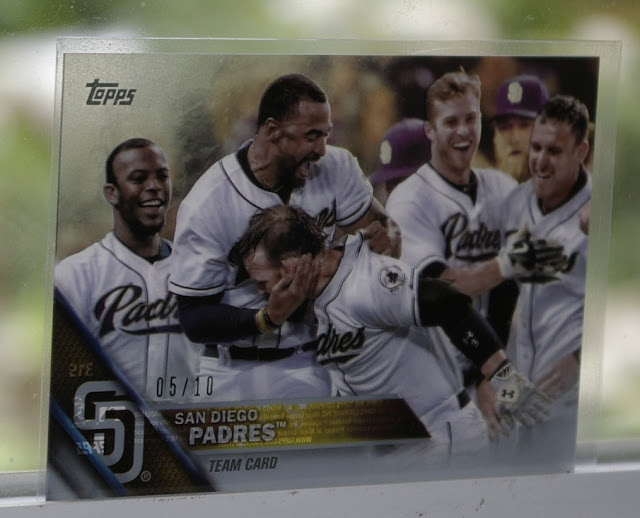 And here's the card from the second package, a kickass acetate parallel of the Padres team card, #'d 5/10. Awesome!


Thanks again to Matt, Mark, Jason, and CC for the great cards!

And for today's bonus 800th Post contest entry chance: be the first in the comments below to correctly identify the player Matt Kemp is excitedly nestling to his bosom on the above 2016 Topps Padres team card.
Posted by defgav at 3:25 PM