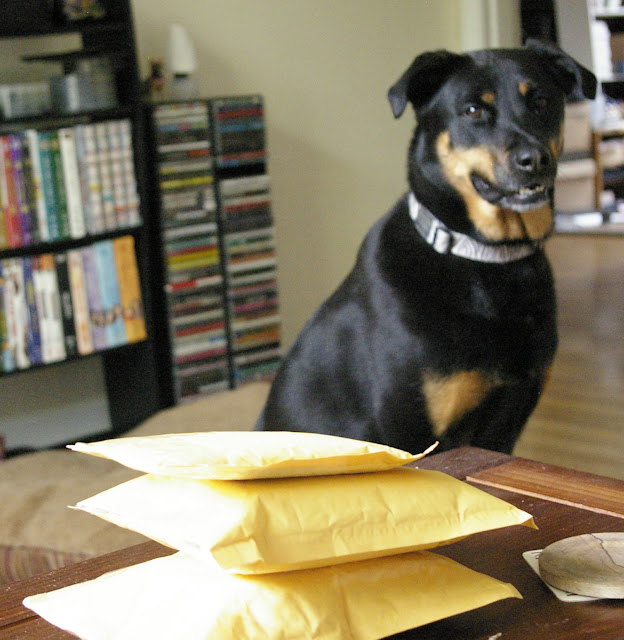 I wanted to get out some trade packages this weekend, but unfortunately the post office's automated postage kiosk was out-of-order (and they don't have behind-the-counter hours on the weekend), so the trip was a failure. However, Annie would disagree with that statement, as she got to smell stuff and pee on stuff along our walk there and back, so it was great for her. 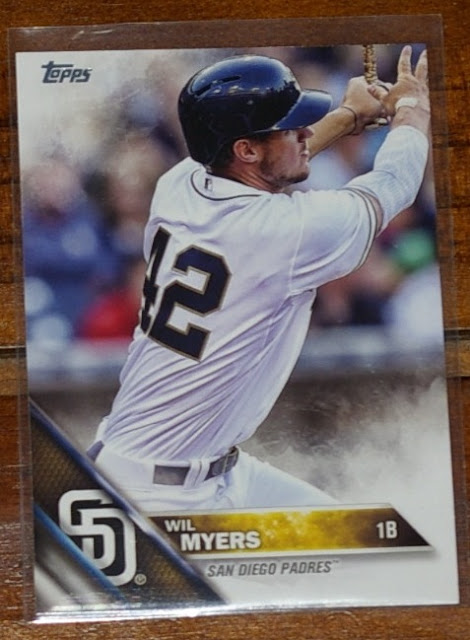 I was a winner in one of Sport Card Collectors' recent contests, scoring me some various Topps Series 2 cards. I had my eye on this "42" variation of Wil Myers. Wil has been hot lately, getting an All-Star nod, and giving Padres fans something to be happy about. I've been kicking up my PC of him lately, and this card is a nice addition. 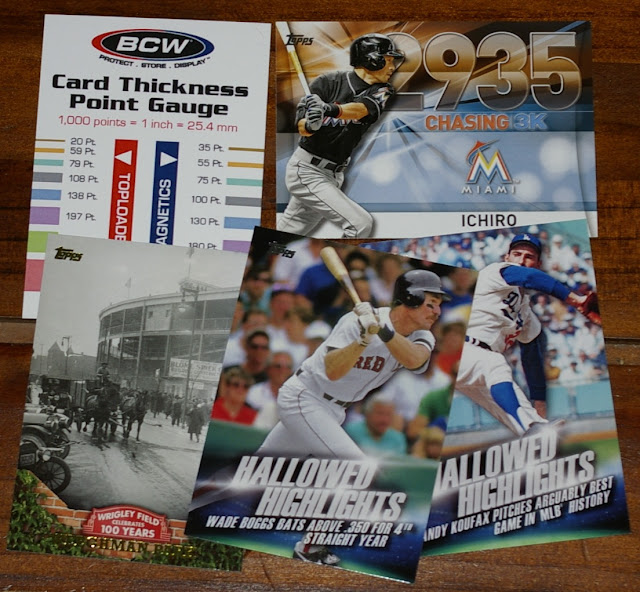 Some other cards in the prize PWE include a Card Thickness Point Gauge card and some Series 2 inserts.

Thanks a lot, SCC!

But wait, SCC isn't done with his coverage in this roundup. A day earlier, another PWE showed up from him with some "just because" cards. 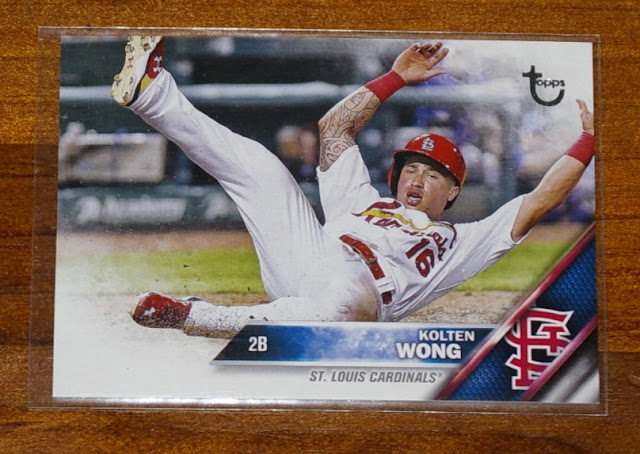 This is a neat "vintage stock" parallel, the first of its kind I've come in contact with. Basically it's a flagship card, but on Heritage stock. 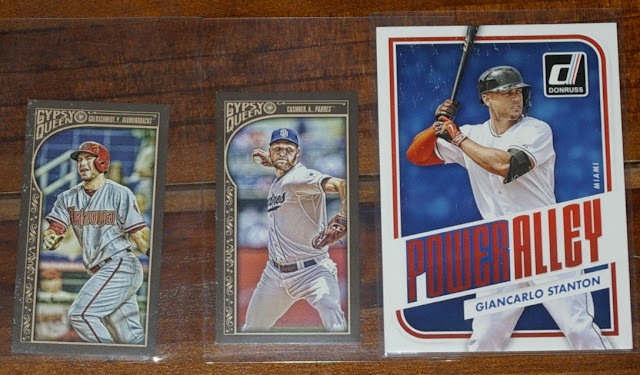 Unfortunately these 3 cards got a little damaged in shipment. Somehow a gritty substance got in and scratched them up, notably on the left side of the Goldy mini and the upper left of the Giancarlo. Bummer! But still nice cards. The Kolten Wong card was in a penny sleeve, so it was ok thankfully.

Thanks for the generosity, SCC!

Finally for this week's roundup, a quick 2-card PWE from Bo at Baseball Cards Come To Life. He knocked off a couple cards on my Desperate Double Dozen... 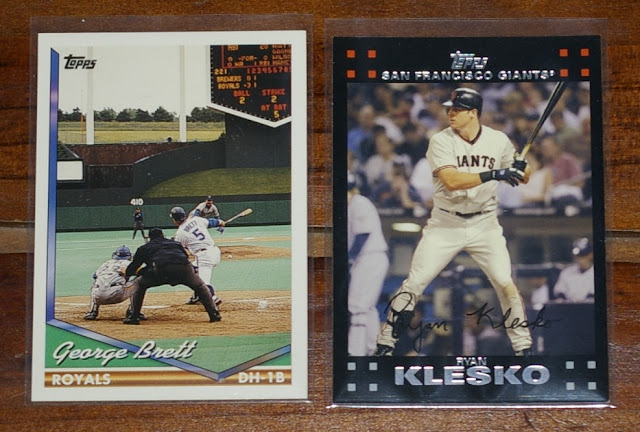 The George Brett 94 Topps is a great photo, not to mention a sunset card with his complete career stats on the back, seeing as he retired after the '93 season. So I figured I needed one in my little Brett PC.

And while my Ryan Klesko PC is just about "finished", I realized I didn't own any cards from his twilight stint with the Giants, so I wanted to make sure I had at least one in there. Bo comes through again.

Big thanks to Bo and SCC for the cards!


As Pull Tab Awareness Week winds down, I'll mention one last time to enter and make sure you post your link in the comments if you entered but haven't "made it count" by doing such. All you really have to do is retweet me or whatever, and then post a comment on that Pull Tab post saying you did. Deadline is the end of today (7/9/16).

As for packaging used in these mailings, SCC used team bags, which work well but gotta be sure to keep them clean or you may end up with scratched-up cards. Bo used blue tape (good!) but didn't make pull tabs (boo, Bo!) But that's ok.. it's what the awareness week is all about.. awareness!
Posted by defgav at 2:56 PM