All I do is win 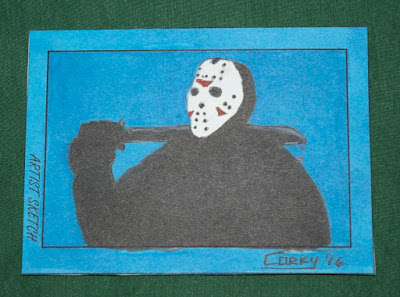 New addition to my hockey card collection! Ha, no, of course this is a sketch of Jason from Friday the 13th. Corky at Pack War recently had a Halloween themed giveaway where you could win one of his spooky sketch cards. There were actually more available sketches than entrants, so everybody won, though the randomizer decided the draft order. To be honest, Jason was my 2nd choice. I was hoping for the Invisible Man, because that one glows in the dark, and I sure do love glow-in-the-dark cards. Unfortunately for me, CaptKirk42 snatched that one up before me, though. 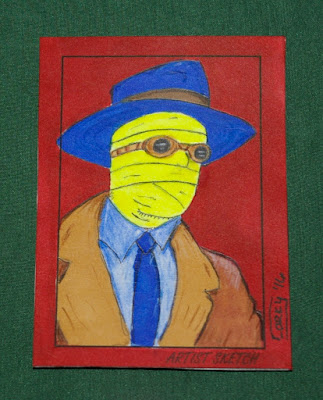 Corky had an alternate Invisible Man sketch card that he threw in as a bonus for me! It's a Halloween miracle! 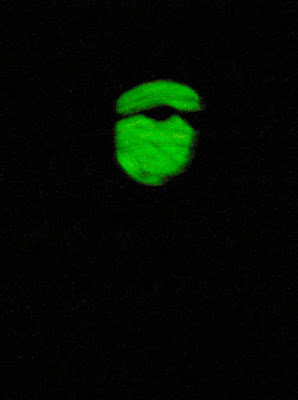 Here it is glowing triumphantly.

He threw in some other great bonus cards as well... 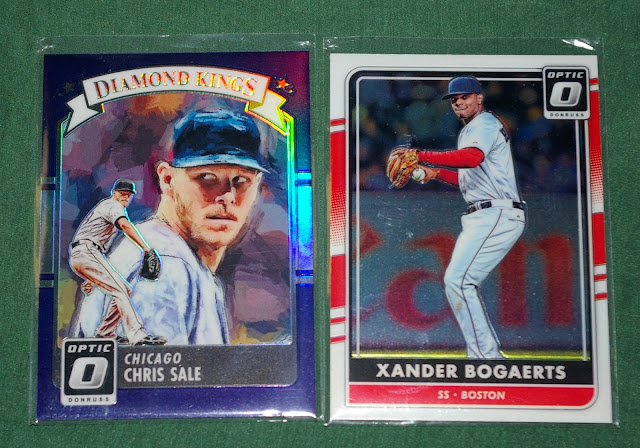 Donruss Optic is represented by a purdy purple refractor Sale DK, plus a Xander base card. 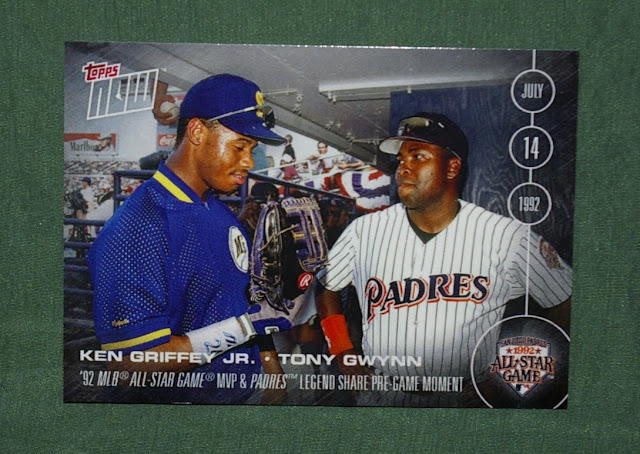 Boom! Griffey/Gwynn Topps Now card. Two of my favorites. Awesome card. Corky's a big Junior collector himself, so he must've had an extra copy to kindly spare. Looking it up, it had a print run of 1,730 copies. It uses the same photo from a short print variation in 2013 Topps Update that's been on my Desperate Dozen for a while now. But I guess I'm somewhat less desperate to get that one now thanks to landing this very similar card.

Thanks so much, Corky! Very appreciated.

And while not technically under the umbrella of "contest winnings", I also recently got a small package from GCA of The Collective Mind which he generously sent with "no return fire necessary" per his accompanying note. 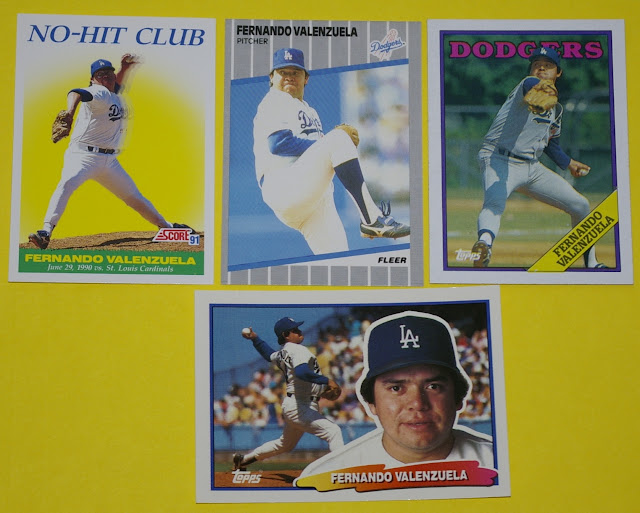 Some needed LA Fernandos for one of my newest PCs. 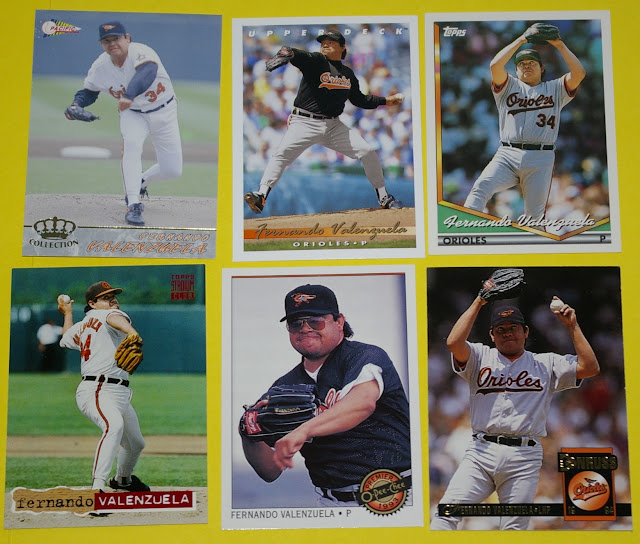 Yes! Non-Dodgers Fernandos are the best (though I'm sure Dodger fans would have something to say about that). He looks great rocking the Oriole orange.

Very cool. Thanks a bunch, Greg!

Funny thing is both packages featured in today's post arrived on the same day and both had been marked "postage due" by the post office, though lucky for me, my mailman was nice enough to let it slide and deliver them as normal without hassle. Another win for me!