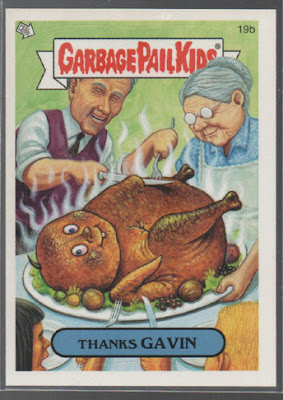 Happy Thanksgiving, all! We've been alternating between MST3K (for me) and Gilmore Girls (for my wife).. we typically have common ground between our all-time favorite TV shows, but these are a couple notable exceptions. Then it's off to the in-laws for the big dinner.

I thought I'd use this as an excuse to hit some Gavin cards I didn't cover in my recent 2016 Season Review for guys named Gavin. 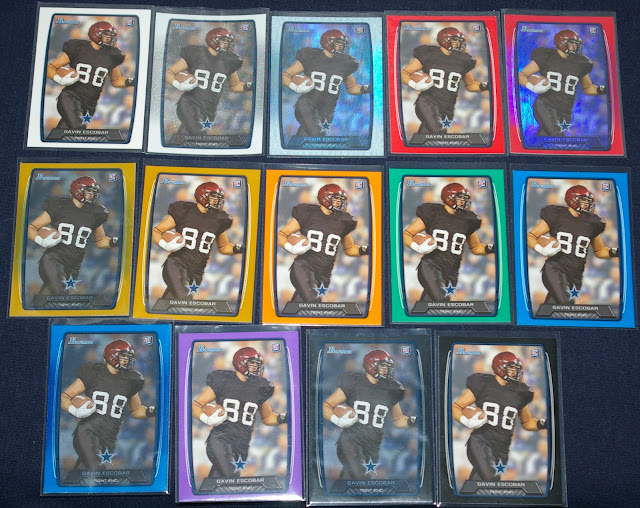 2013 Bowman Football sure did have a ridiculous number of parallels. I don't think this is even anywhere close to the full rainbow. The lowest #'d card here is /99. 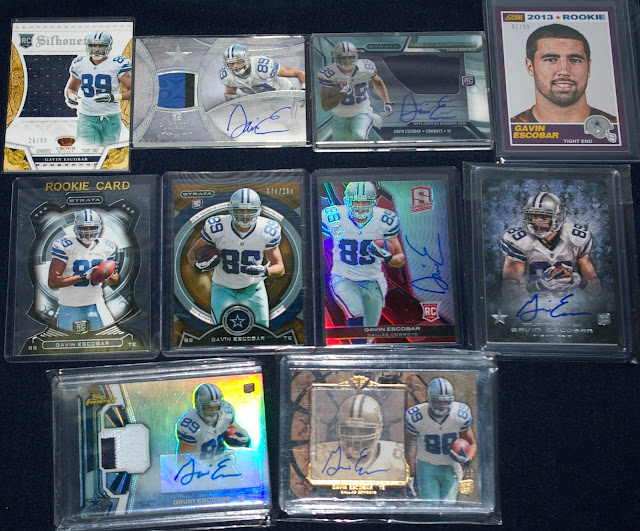 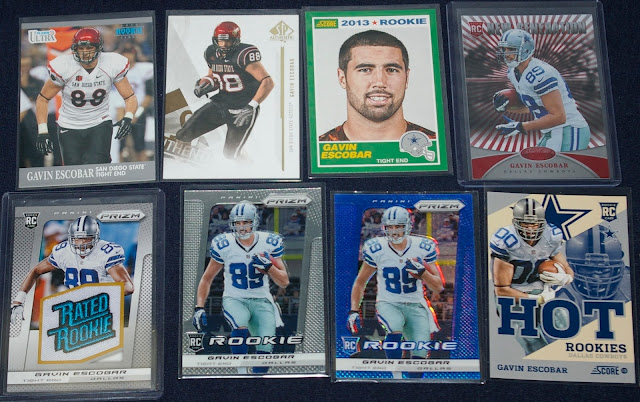 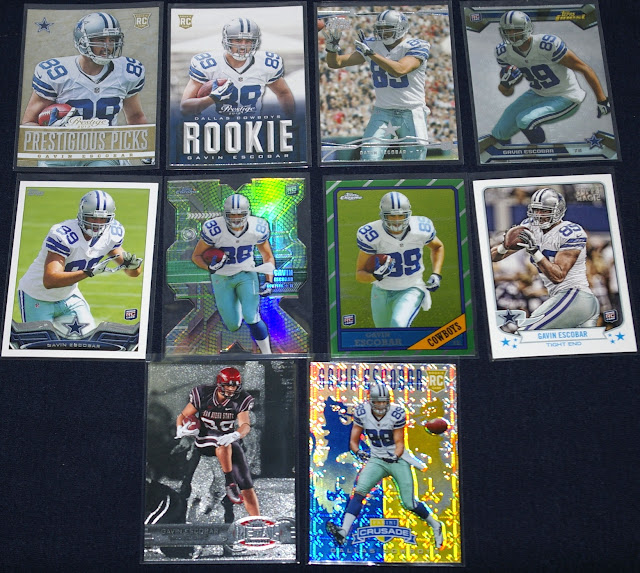 The Cowboys have been surprisingly good this year. Dak Prescott stepped up and has done a great job filling in for an injured Tony Romo.

That concludes everything I know about the 2016 Dallas Cowboys.

I haven't heard anything about Gavin Escobar's performance this year.

Googling him just now, I found that a) he's been growing out his beard. b) his father died just a few days ago and as such he's questionable for the Thanksgiving Day game vs. Washington. Very sorry for your loss, Mr. Escobar.

Here are his stats: 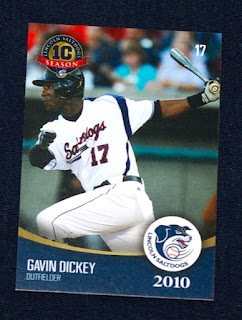 And here's a new Gavin added to my Greatest Gavins minicollection recently. Gavin Dickey played in the Mariners' chain for a few years, never making it above AA before calling it quits after the 2011 season. Oh well, he's welcome in my collection! Certainly one of the silliest names of all the Gavins I've got cards of. *hu hu... Dickey.. hu*

That's gonna do it for today. Again, hope you're all having/had a Happy Thanksgiving!
Posted by defgav at 1:51 PM