Basketball cards from the card show: For Billy's eyes only

I'm posting this late on a Saturday night, so you know I don't expect anyone to actually read it. In fact, this post is really only for one guy: Billy from Cardboard History. I emailed him a week ago and he hasn't replied. Come on, Billy, Get back to me! He's one of the few guys on the cardsphere who actively collects basketball cards. I picked some up at the latest card show and I'd like to show them off here now with you. 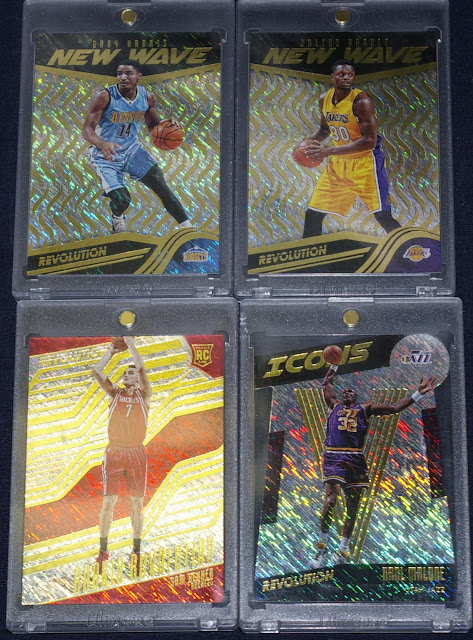 Ok, honestly I just grabbed these for the magnetic one-touches. The things are like a couple bucks each new, so if I can pay less than a buck per, plus get a shiny card along for the ride, sounds like a great deal. Players here are Gary Harris, Julius Randle, Sam Dekker, and Karl Malone. I might wanna hang onto the sweet diecut Malone, but the rest of these cards (sans cases) are Billy's for the taking if he gets in touch. 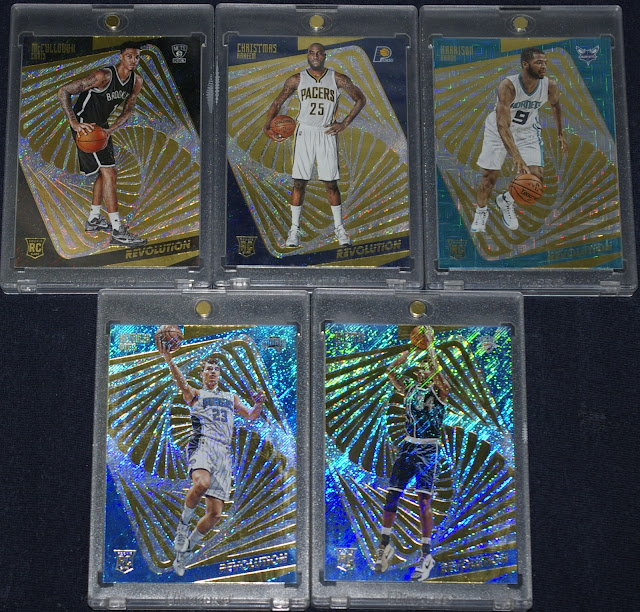 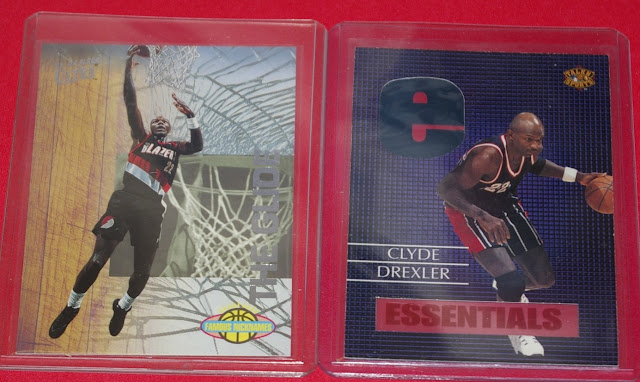 Hey, these ones are actually for me! I've lived in Portland for going on 7 years now. While I can't say I've really converted into much of a Blazers fan yet (though I'm hoping this season to maybe attend my first game), I figure maybe I should start up a little Clyde Drexler PC. These are a couple cool ones. The card on the left is a nickname card of "The Glide" while the card on the right has a couple transparent areas. Nice dimebox pickups for me. 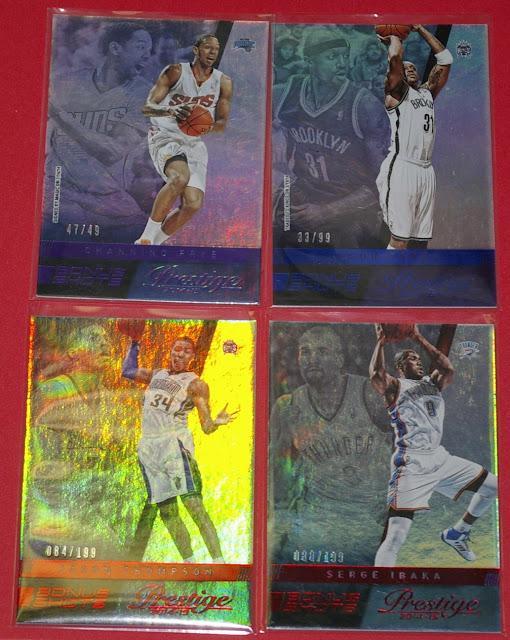 Take it deep to the hole. What do you say, Billy? Drop me a line. Thanks!
Posted by defgav at 7:44 PM