Grabbed the wrong blaster, but it worked out ok

First of all, congratulations to Bo! He was the lucky winner in my recent contest thanks to the Cubs and Indians combining for 19 hits in Game 6. I'll get that prize package dropped in the mail ASAP.


So, the other day my wife was placing an Amazon order and asked if I needed anything. It's hard to pass up a chance for cards, plus I had a giftcard to burn, so I took a look to see if there was anything interesting and reasonably priced. I got confused between similar looking boxes for 2016 Donruss and 2016 Donruss Optic, and both were each a bit under the retail price of a blaster, and I grabbed the cheaper one. But the thing is I meant to grab Optic, but ended up with regular Donruss by mistake.. A mixup I didn't realize until opening the Amazon box yesterday.
Bummer.

But it mercifully turned out to be a pretty solid box, so I'm not kicking myself too hard over the oversight. 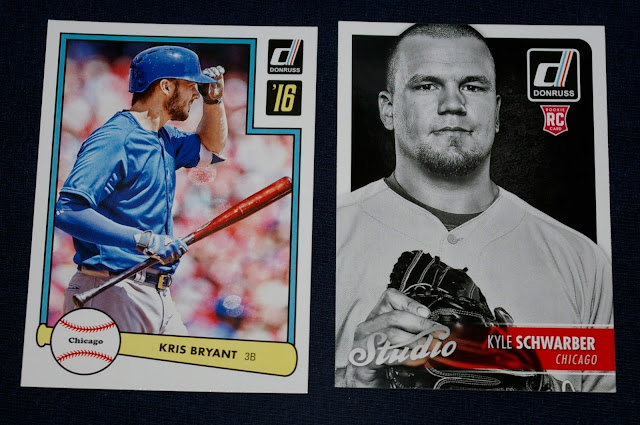 Howbout them Cubbies, eh?! Game Seven, baby! Should be exciting.

And I've got cards riding on the Cubs! During the beginning of the postseason, in the World Series contest over at Collector's Crack, I was the only person to pick Cubs in 7. Not exactly high rolling in Vegas, but it definitely only intensifies my interest in the outcome of the series.

Anyways, those are a couple sweet inserts of a certain Chicago baseball club that I was happy to pull. 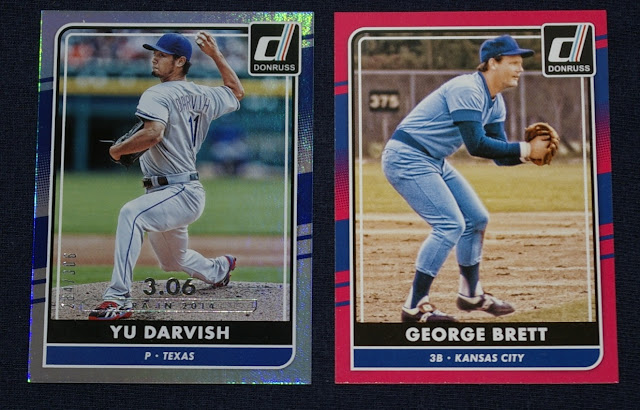 And here are a couple pretty decent parallels. The stat line Darvish was the only serial numbered card in the blaster, #'d 284/306. George Brett looks a bit odd in the pink border, but I'll take it. 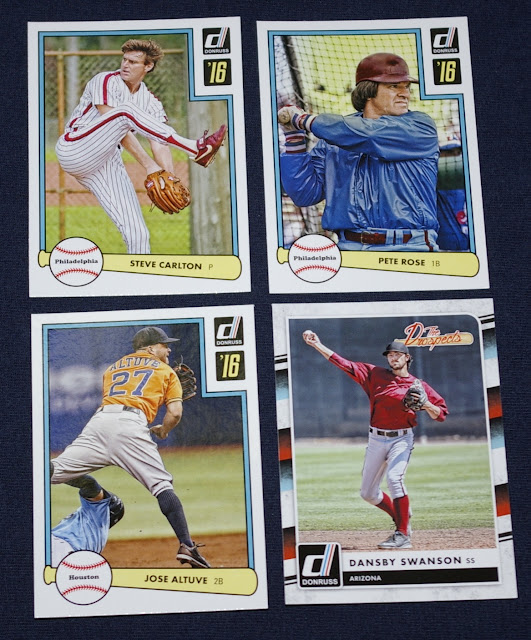 I'm liking these inserts (guess I've gotten over being bugged by how off the '82 throwback design is. As someone who takes pride in making accurate-looking custom cards, I would not be happy with that as my finished product).
And I gotta think Dansby is among the best players to pull in The Prospects insert set. (I was gonna say "among the best names to pull," but no, Dansby is a terrible name. Don't want to be ambiguous about that.) 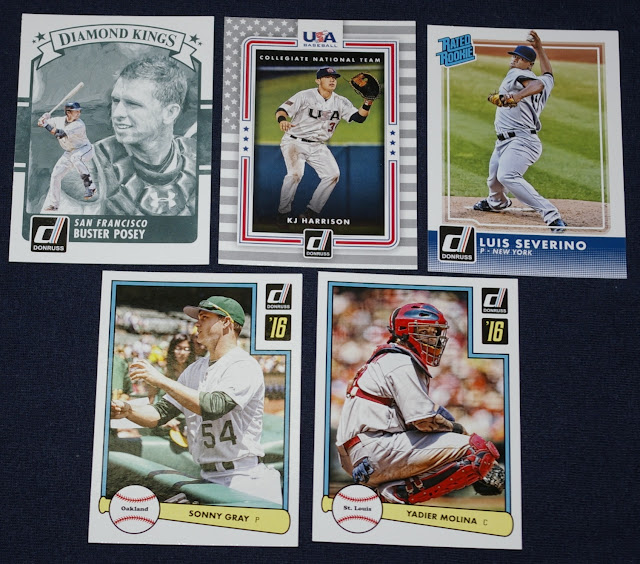 Here are some inserts I'm not attached to, if anybody might want any of them in trade. 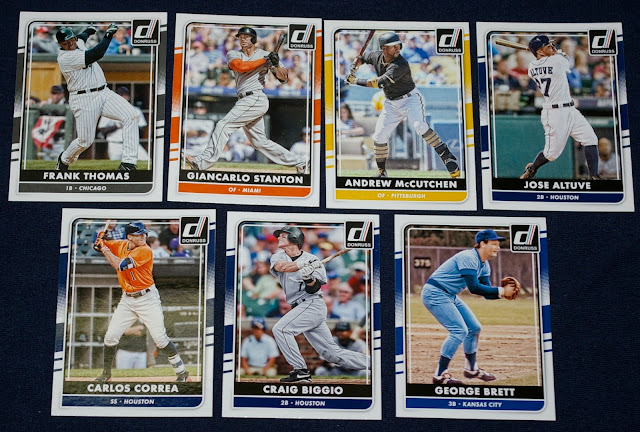 Some base cards of guys I collect. I probably already have some of these. I think 2016 Donruss might have photo variations, but I'm far too lazy to go out of my way checking for that shit. 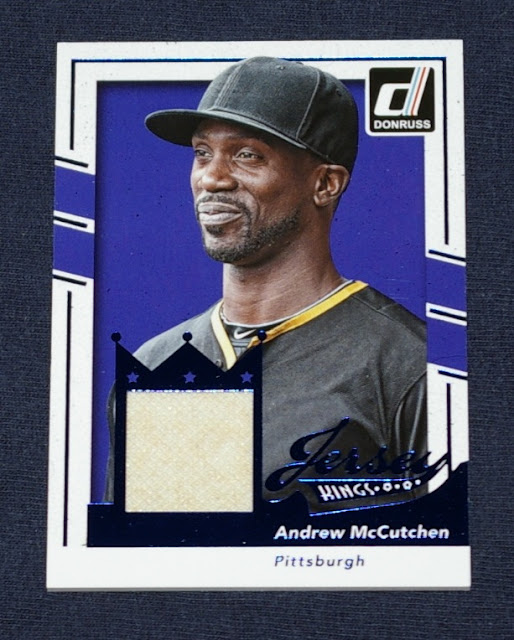 Boom! Relic of a dude I collect.. can't hope for much better than that. Pretty sure the autos in this set are all stickers anyways, so fuck 'em. The off-white jersey swatch has me a little perplexed; Is it from a white uniform that got dirty, or did the Pirates actually wear yellow jerseys that pale? Regardless, it's nice to add another hit to my Cutch PC.

So yeah, it wasn't the box I intended to buy, but it all worked out just fine.

I hope everybody enjoys the game tonight. Thanks for stopping by!
Posted by defgav at 12:16 PM