Hoyled Again (what's that you say? that blog title has been used dozens of times already? oh well)

A couple nice PWEs from Mark Hoyle have shown up for me recently. 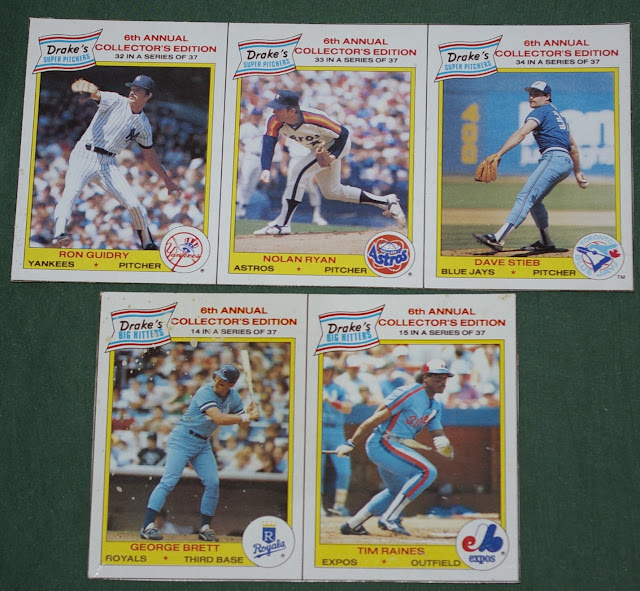 If it's standard-sized cards you're looking for, you've come to the wrong place. Here we've got a couple Drakes panels. First is a trio of top pitchers, highlighted by Nolan Ryan. Then the second panel features George Brett and Tim Raines. Rock has been in the news again lately due to his final shot on the regular HOF ballot coming up. I'd vote for him. When unsure, I defer to Hall of Stats.. and sure enough, Raines comfortably makes it in there based on his numbers. Back to the panel, I looked it up to see if a 3rd guy was cut off, but nope, seems this one was just a 2-card panel originally. 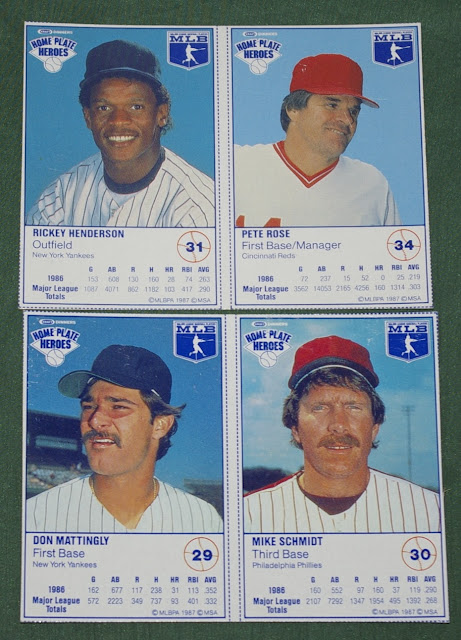 More 2-card panels, these being from Kraft mac & cheese boxes in 1987. I collect all 4 of these guys, so the question is which PCs to sort them into? Ha, screw it, they won't fit well in my normal PC boxes anyways, so I'll just put them in the shoebox with my other oversized cards. Problem solved! 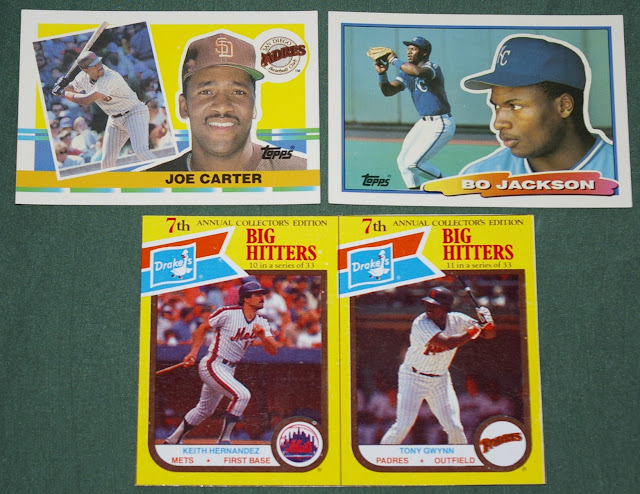 Topps Big, on the other hand, do fit ok in the PC boxes. I recently sorted/cleaned-out my card storage supplies. Ended up tossing many dirty top-loaders and penny sleeves. I also ended up tossing a lot of cloudy card savers, but as for the clean/good ones, I've taken to cutting them up to use as like backing boards for minis and slightly-big cards (in team bags). Works pretty well.

Anyways, when I get Topps Big in trades, they usually have beat up corners, thanks to sticking out among a stack of regular cards, but Mark must've busted a couple packs or something, because these are still pretty sharp.

As for the Hernandez/Gwynn Drake's panel, it also seems to be a 2-player panel originally. 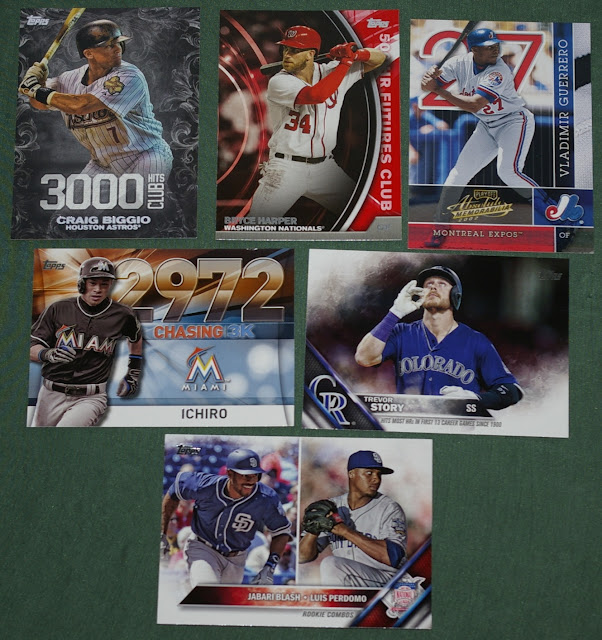 Ah, here we go, back to normal sized cards. Nice PC additions for me here. 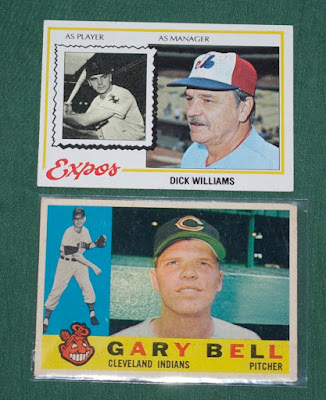 Going old school here. Dick Williams is a guy I collect.. HOF Padres manager. Gary Bell, on the other hand, is kind of an odd inclusion, as I don't collect him nor am I working on that Topps set. But hey, I'll never complain about random vintage thrown into trades. 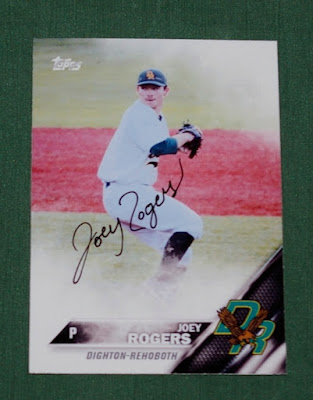 Here's a cool one to finish off the post with. Mark's nephew Joey Rogers is an amateur ballplayer who helped his team win the Massachusetts Division 2 state title this past summer. Mark was nice enough to get this custom signed for me. Looks great! Best of luck to you, Joey!

While it's not something I had done before, funny enough, just the other day I sent out a couple more autograph requests through the help of third-party intermediaries, and am excited for those to hopefully come back successfully before too long.

Big thanks for the cards, Mark! I'll shoot you back some more Sox soon.
Posted by defgav at 4:42 PM