That was rough. It was a 2-bottle of wine night for my wife and I, just drinking and watching silly shows to try taking our mind off the election and what's ahead. I drunkenly broke down and ranted on Twitter a bit. I seem to only have lost a couple followers in the fallout. And hey, that's totally fair; I've unfollowed accounts for less myself. I get that collecting cards is a hobby and an escape. It's nice to try keeping the ugliness of real life out of it. I originally drafted this post up late election night, and it got pretty nasty. Glad I resisted posting it, though, and have rewritten most of it. 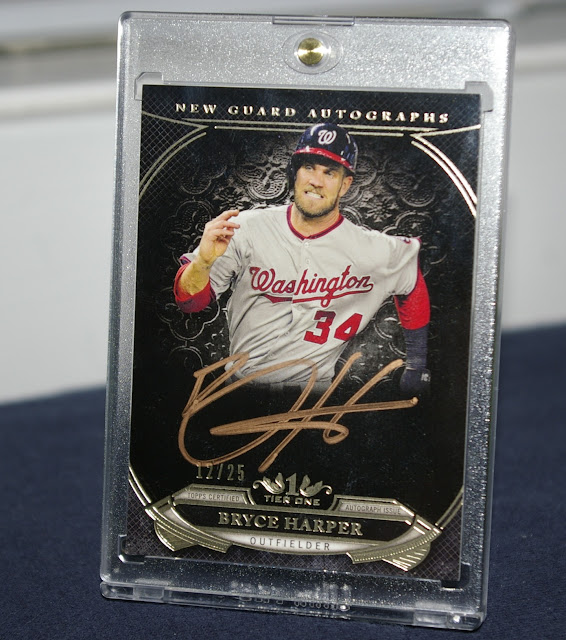 Oh well, I try to comfort myself in the knowledge that I'm white, straight, male and have enough money in the bank to blow $200 on crap boxes of cards and then chase that down with a sweet Bryce Harper auto to make myself feel better about the dud of a high-end break. Not that I can make that a regular thing. In fact, buying this card was directly to help me not be tempted to buy high-end boxes anymore, since pulling a Harper auto was one of the main things I hoped for when I did. 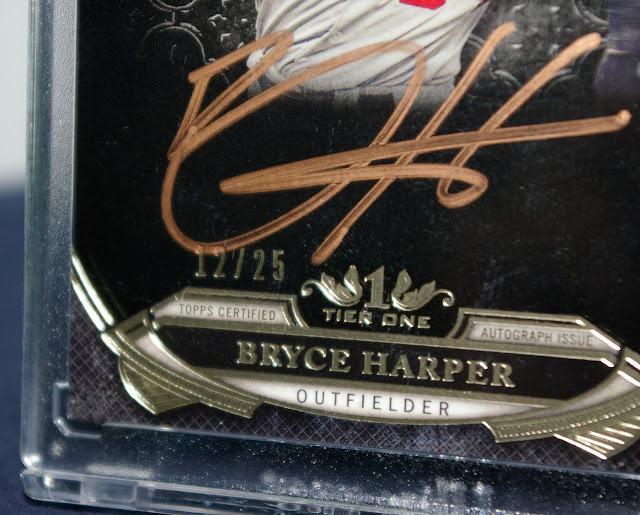 But yeah, I love this 12/25 auto and it's now the clear highlight of of my li'l Bryce Harper PC. He's a streaky hitter, for sure, but he just turned 24 last month and already has 121 ding-dongs just heading into what should be his prime years. Pretty incredible. Definitely a fun player to watch, though sometimes he rubs people the wrong way. 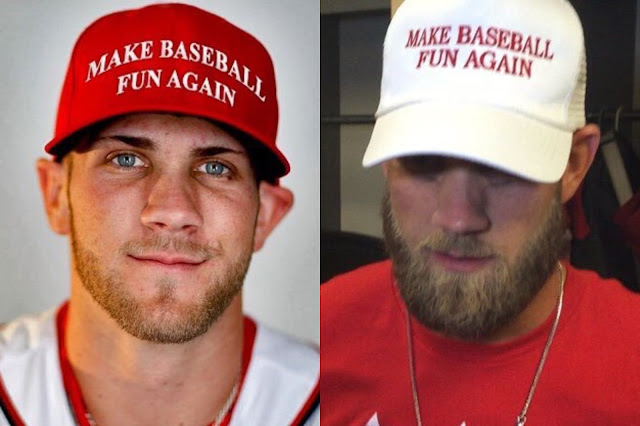