Christmas is right around the corner

Howbout checking out some Christmas Cards? 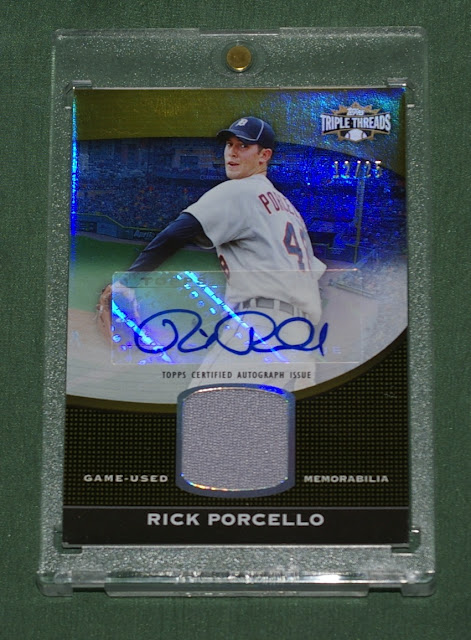 Here's the impetus for today's post. Rick Porcello just capped off a surprisingly strong year by bringing home the AL Cy Young. I picked this card up a few months ago, and figured now's a good of time as any to post it on the blog. His Cy victory was a little controversial, with many stats suggesting he wasn't necessarily the best pitcher in the league, but he got good run support and that helped him reach the magic number of 20 wins, finishing with a league-best 22.. good enough to convince voters.

Anyways this 2011 Triple Threads card didn't set me back too much. It's a stickergraph with a plain grey swatch to spice things up a little. 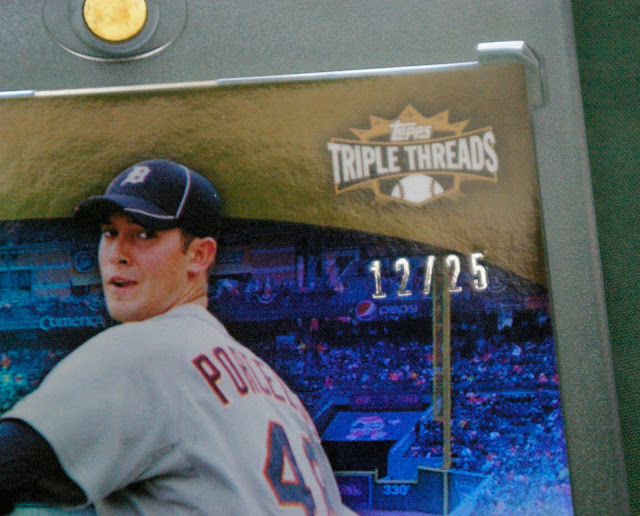 Ah, there's the money shot! After getting a Dallas Keuchel in trade last month, I've got a string of AL Cy Young winners going in my 12/25 collection. 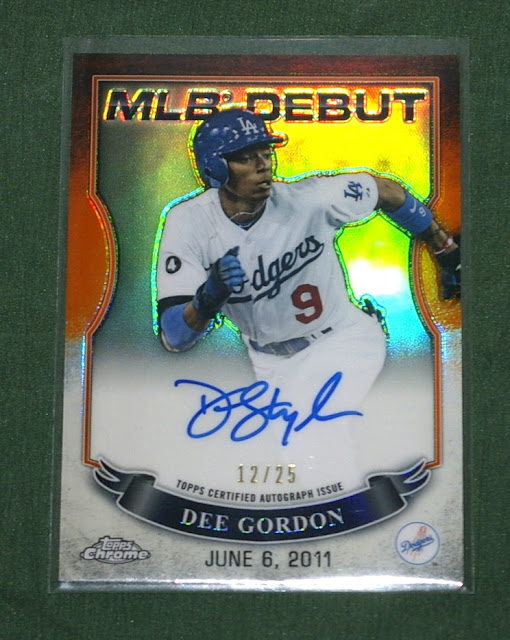 Dee Gordon's card prices took a big hit when he got stuck with a PED suspension. It was pretty unexpected coming from a little guy like him who everybody felt like was a good kid. I'm willing to take the juicing escapade as a brief lapse in judgment and I still like him. His emotional home run after the Jose Fernandez tragedy was as incredible moment from last season. This orange Chrome refractor auto looks great and only cost me a few bucks. 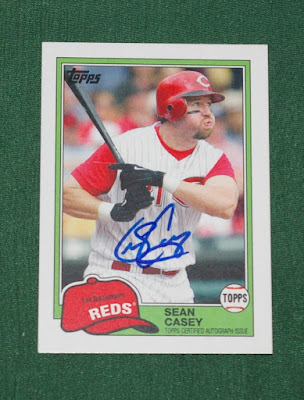 This Sean Casey Archives mini auto was real cheap. I remember him during his prime years being one of the most feared hitters in the league. Always seemed to be crushing my Padres, at least. He couldn't quite keep it up for a HOF career, but did finish with a .302 lifetime batting average (184th all-time). While I don't care much for original 1981 Topps cards, for some reason I love them used as a modern design choice. Sean is giving a silly blowfish face here, but I still like the card. 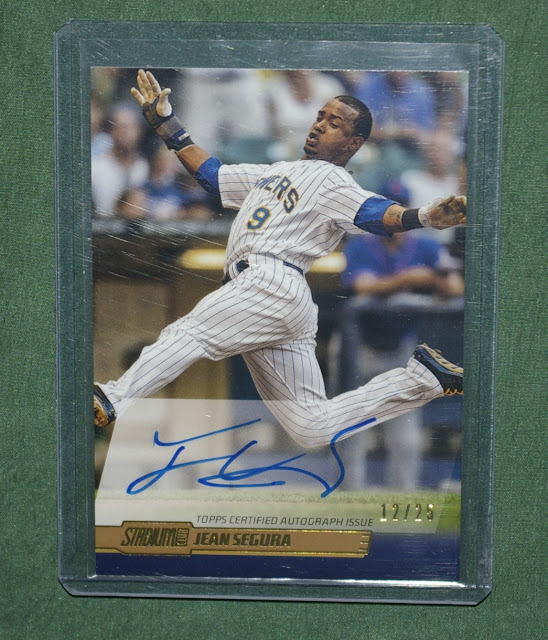 And here's another Christmas Card of a guy I like fine but don't necessarily collect but found a reasonably priced 12/25 card for sale and went after it. Jean Segura had a very nice 2016 season, leading the league with 203 hits. It was his first year in Arizona after a few strong seasons in Milwaukee. At just 26, you gotta think he's got a solid career ahead of him.

That's it for today. Next week is Thanksgiving and then it's just a month till Christmas. Yikes. Time to start thinking about shopping. Good luck, everybody!

I've gotten into the giving spirit already by sending a large box of cards over to Billy at Cardboard History today. I was mostly just looking to dump some unwanted bulk, but there's plenty of stuff in there he'll like, too.

I've decided I'm not going to do a 2016 Cardsphere Heroes set (maybe 2017?), but I've got another idea in the works as far as holiday gifts for my trader buddies.
Posted by defgav at 4:03 PM