If I complete my set of 1965 Topps by the end of the year, there will be a lavish parade in my honor and Miss Oregon will gently place a golden crown upon my head to rapturous applause. "You did it!," she'll whisper in my ear, then kiss my cheek.

... Er.. Wait, no, nevermind. Actually nothing special will happen. Whether I finish it tomorrow or in 2029 doesn't really matter, I'll just feel a nice sense of accomplishment whenever I get the final card in my clutches. But for the sake of, um, having collecting goals, I guess, I've given myself the goal of finishing it by the end of 2017. And since we're into September already, I've got to keep my eyes on the prize.

Last weekend I took aim at some of the bigger cards still on my needslist, and they just showed up, so let's check them out. 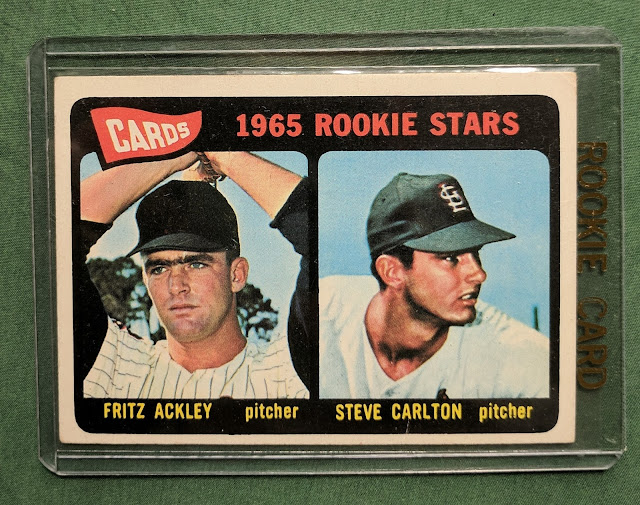 I believe Steve Carlton is the biggest (most expensive) rookie card in the set. I figured I'd hit it head-on instead of waiting till it was among the last few needed cards remaining. Found a decent looking auction, put in a bid, and ended up on top. I didn't spring for a graded copy, and maybe I was paranoid because of that, but when it showed up, it was so nice, it almost seemed counterfeit. But I put it in a stack of other '65s and it passed the cardstock test, so I'm confident it's legit. 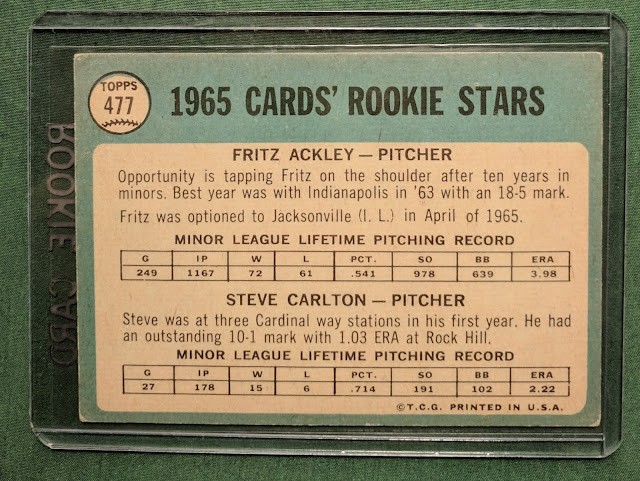 Poor Fritz Ackley. His brief MLB career had come to a close before this card came out. 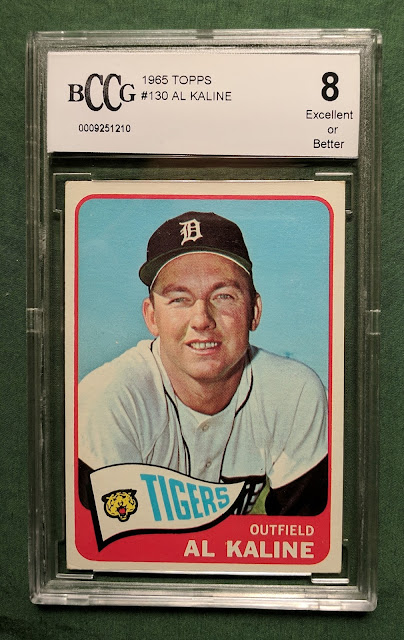 Here's a nice Al Kaline. Both Kaline and Steve Carlton are guys I had little PCs going for a while, but dropped them from my wantlist a while back trying to tighten up my collecting focus and not fall into the trap of collecting all Hall of Famers. Still though, love vintage setbuilding to give me an excuse to add a great card of theirs to my collection here and there. 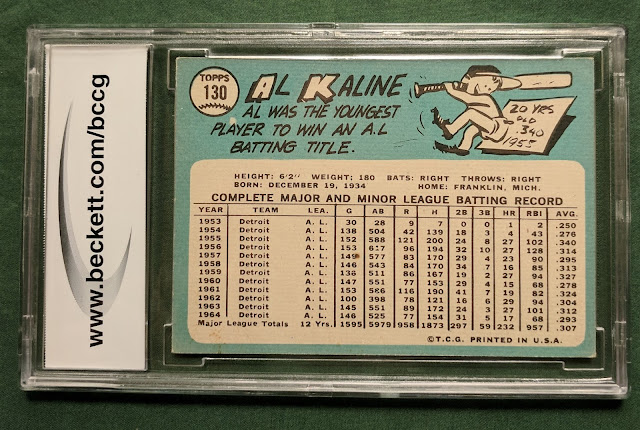 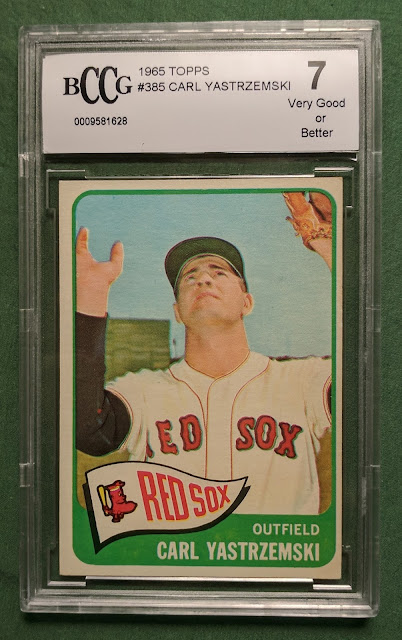 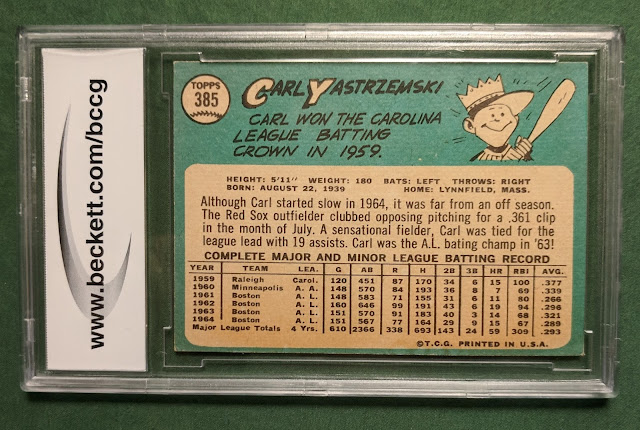 Been wanting to add this card to my collection for a long time. 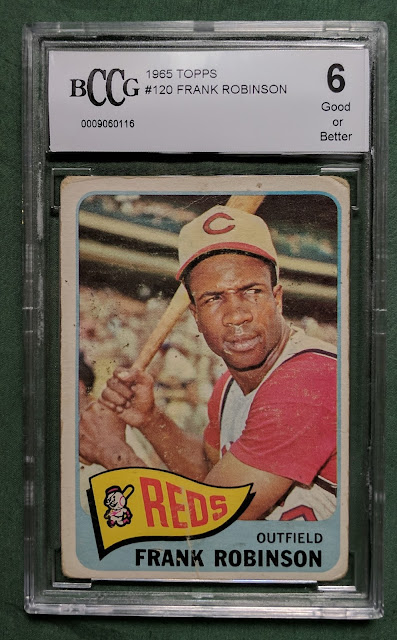 Looks like this Frank Robinson was well-loved by a kid in the 60s. Then at some point in recent years, it was entombed, and I picked it up for a good price with combined shipping. 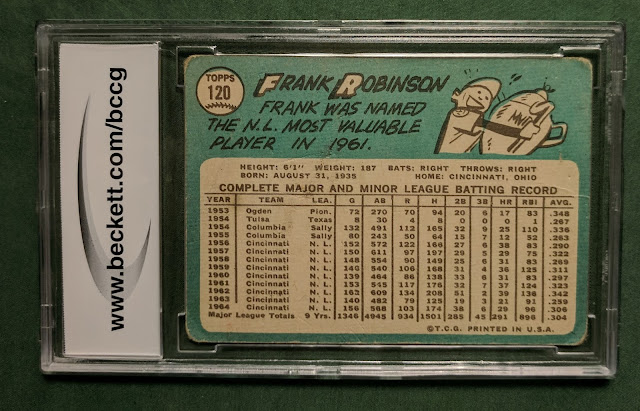 It's on the low end of the scale for condition I'm trying for with my set, but it'll do. 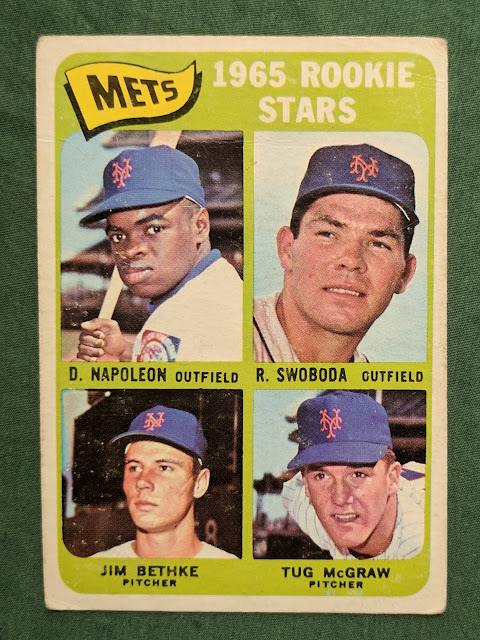 Last one for today, it's a Mets 4-player RC highlighted by Tug McGraw. 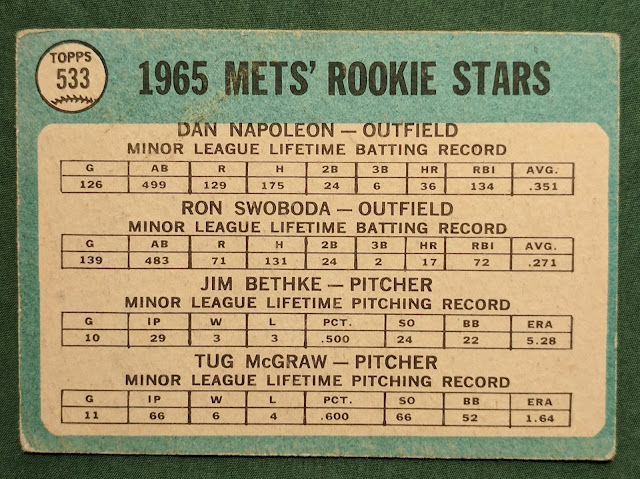 Again, it's a bit rough, but it's a short-printed high-number rookie card featuring a fan favorite, so I'm fine settling for a more affordable copy such as this. You could say there are 2 fan favorites on here, since Ron Swoboda endeared himself to Mets fans of the era, being a key member of the 1969 Miracle Mets.

I'm now at exactly 95% complete with this set. Just 30 more cards to go. After checking off these big names, I'm feeling good about my chances of meeting my year-end goal.
Posted by defgav at 12:25 PM