Trade Bait from the Card Show

Time to wrap up the highlights from my recent card show haul. We've already seen a few key 1965 Topps pickups, a fruitful dimebox dig, and a stack of 50¢ cards.

I also picked up a bunch of trade fodder. Much of it is already set aside for certain trader buddies, but the cards in this post are all up for grabs. If you see something you like, take a look at my wantlist and get in touch regarding a trade. Thanks! 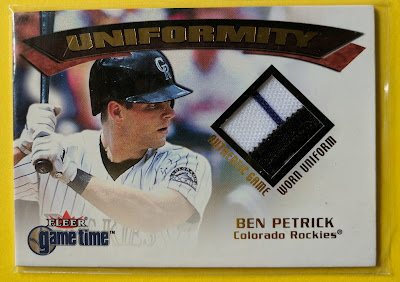 I know there are 2 or 3 Ben Petrick collectors on the cardsphere, so I figure someone will call dibs on this sweet patch card. 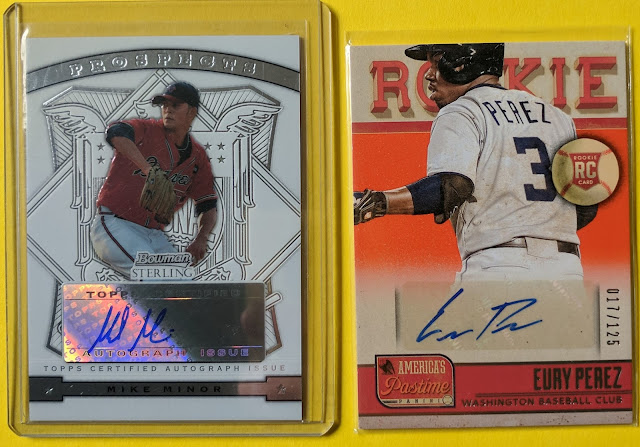 A couple autos. Mike Minor has had a strong comeback season with the Royals after missing 2 years to injury. Don't be shy asking for this one.. I got multiple copies. As for Eury Perez, he hasn't played in the majors since 2015, though for what it's worth, he hit .353 in the minors this year. Maybe someone will give him a shot up top next season. 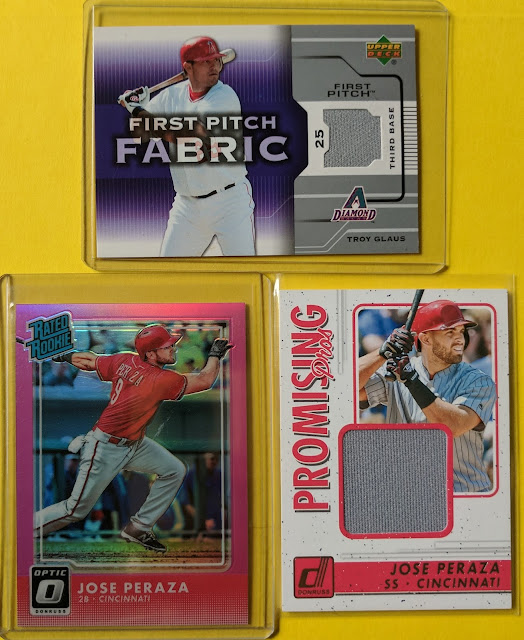 Troy Glaus pictured as an Angel, though branded as a Diamondback card. Jose Peraza has been getting a lot of playing time with the Reds this year. 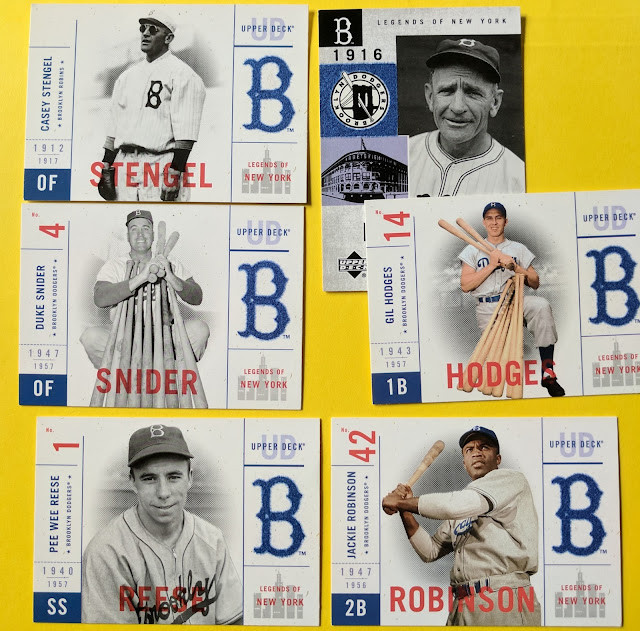 Grabbed a bunch of these kooky cards with fuzzy bits on them. I believe Night Owl has gone on record as saying they creep him out, and he's probably already got all the Dodgers, but perhaps another LA fan would like these. 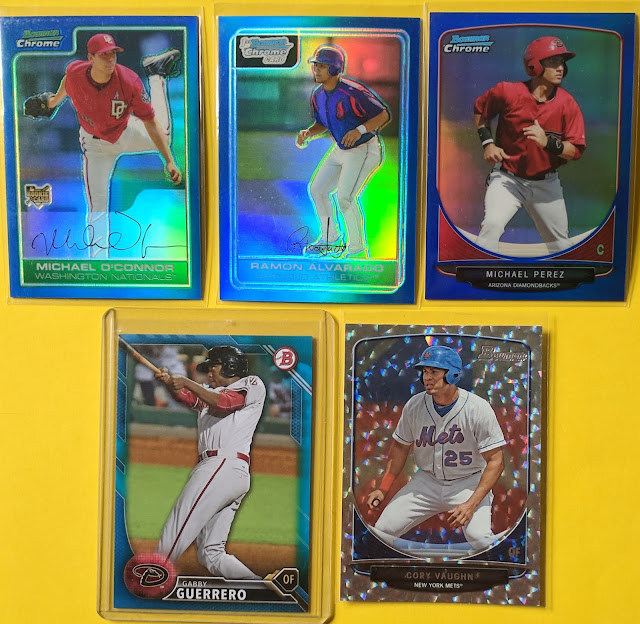 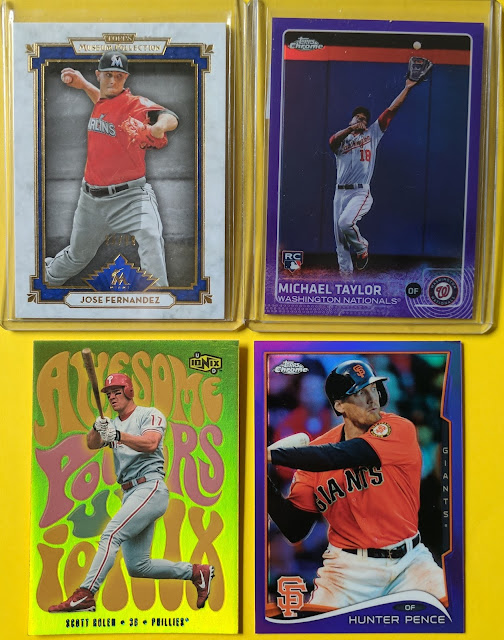 More cards up for grabs. Fernandez #/99. Michael Taylor RC #/250. I'm almost tempted to go after collecting all 14(?) of those groovy Awesome Powers inserts. 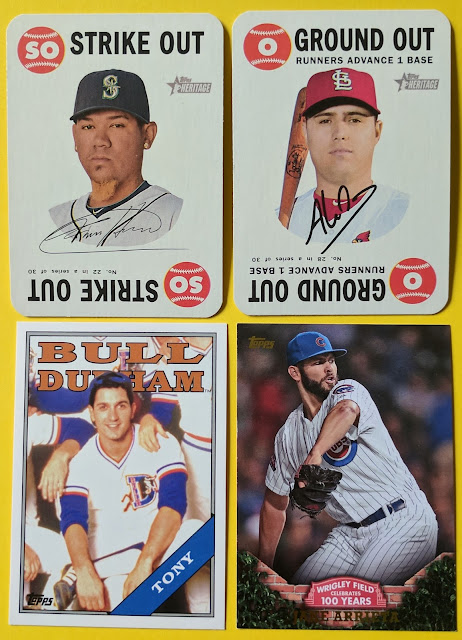 Anybody still working on these insert sets?

Now time for some football and basketball.. 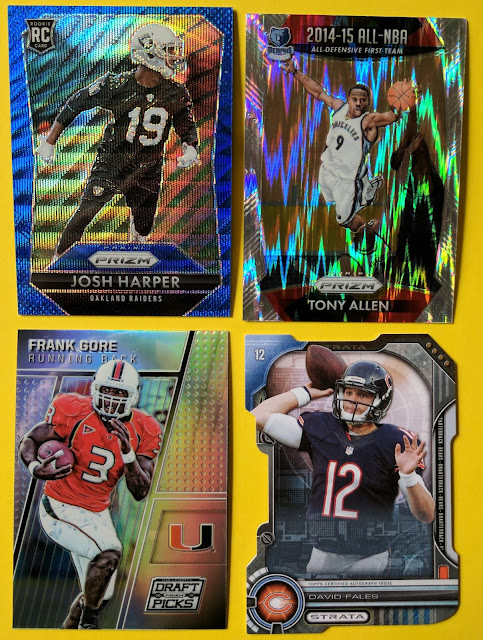 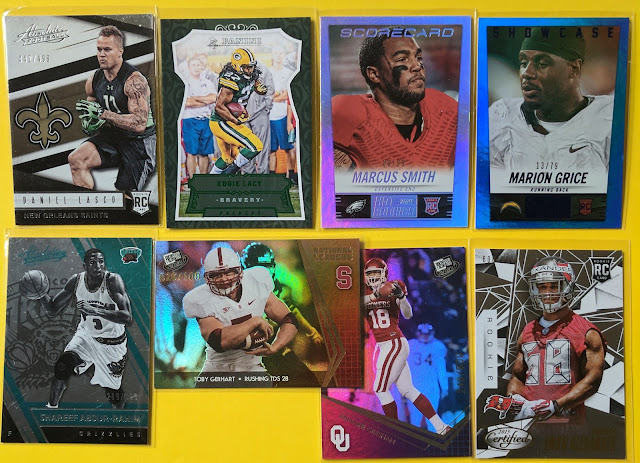 These few are all serial-numbered.

Love these ultra-shiny cards. Too bad nobody here I collect, though, so they're available. 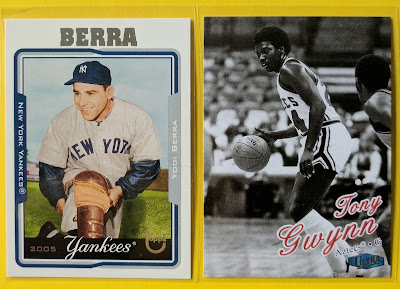 There were a few 2005 Topps Retired base cards in the bins and I snatched them up. I already have complete sets of 2003, 2004, and 2005 Retired.. plus a while back I also picked up dupe sets of 2003 and 2004 to break up into my PCs. But 2005 is the odd man out in my PCs. I haven't really added Yogi to my list of guys I collect, so this one's available. I figured I probably already had the Gwynn basketball card, and I was right, so let me know if you want to trade for it.

That's gonna do it. Thanks for checking out the haul.
Posted by defgav at 3:19 PM