A Gwynn, a Gwynn hater, and a beautiful Bruno

This is my 10th Gwynn auto (post with the other 9), and I don't really go looking to buy any more unless there's something special about it. This was one I was keeping an eye out for because it's an Aztecs card, and that's a favorite segment of my Gwynn collection (I too am a SDSU alum). I already had a couple autos featuring images from his time on the SDSU basketball team, but this is my first certified SDSU Gwynn baseball auto. It's also my first posthumous Gwynn auto, not being put out until the year after he passed. As such, it's a rare instance where a stickergraph doesn't really bother me much, though sure, I'd prefer if Tony had actually touched the card. (Looks like Panini has a decent stockpile of Gwynn signed stickers, as he's had autos in product as recent as 2017 Donruss.) 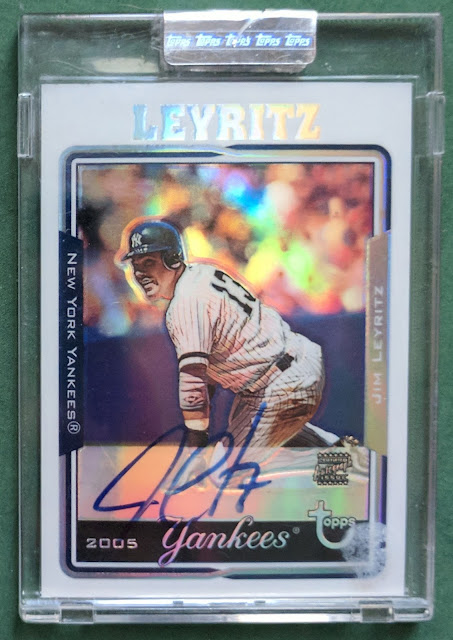 Man oh man, I loves me Topps Retired Refractors! If I can find one I need at a reasonable price, I'll likely snatch it up, even if it's a player I'm not very familiar with, or in this case, a player I don't like. Jim Leyritz was a backup catcher who never did much in the regular season, but would then step up in the postseason. He had some important clutch October hits for the Yankees and Padres in the late 90s. But he soured San Diego fans' perception of him when he talked shit about Tony Gwynn in the newspaper, basically calling him selfish. Wouldn't you know it, Leyritz would later reveal himself to be a piece garbage, killing someone in a drunk driving collision. 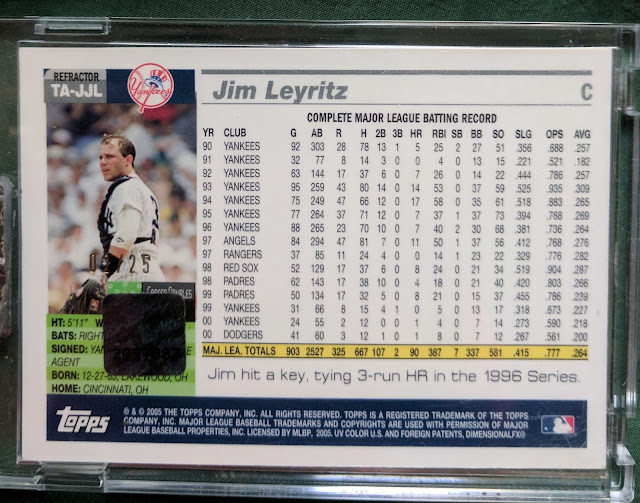 But all that negativity aside, I'm happy to pick up another 2005 Retired Refractor. I think there were over 100 autograph subjects in that year's set, so I've got a long way to go if I ever want to complete the refractor auto set. But who knows... If I collect for another 20 or 30 years, I might pick up the final card on my deathbed.

But the 2004 Retired set on the other hand, I've got a shot at completing a some point before I'm retired. 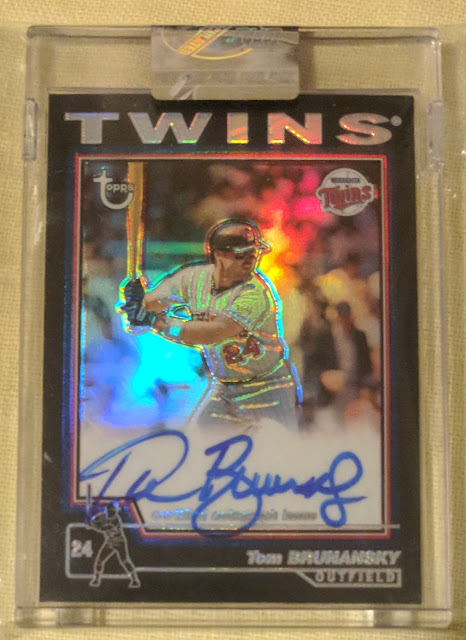 The base version of this Tom Brunansky is one of the most common autos from the set to find.. There are 9 sitting on eBay right now in the $10-15 range. But the refractor version, on the other hand... I've been looking for years and this is the first one I've seen. The final bid went more than I'd typically like to pay for a player of this caliber, but again, it doesn't show up very often.. plus this one was extra special for my collection... 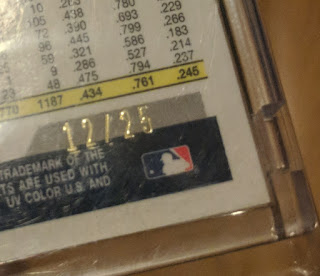 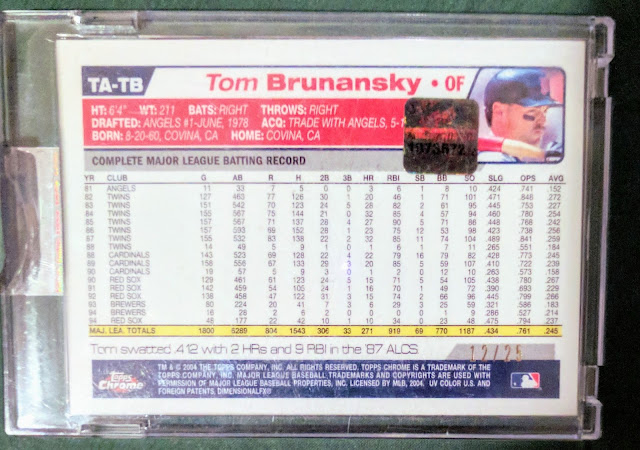 Bruno had a fine career as a big swinger in the 80s and early 90s, with the highlight being the Championship season of 1987 with the Twins.

This is a nice one to check off what I consider my "ultimate collecting goal" of completing the autos in 2004 Topps Retired. Overall, I only need 2 more autos (Aaron and Banks), and then another 18 where I have the base auto, but I would like to "upgrade" to the refractor auto someday. After that, I'll try to "upgrade" to having every 2004 Retired Christmas Card refractor auto. Haha, I'm (half) joking about that. But yeah, I do like picking up the 12/25 cards when I can.

Thanks for reading!
Posted by defgav at 4:29 PM