I haven't heard that "Despacito" song yet. If you're also over 35, maybe you haven't heard it either. It's supposedly the big Song of Summer, 2017. I guess I'm "with it" enough to be aware of the song, but not with it enough to have heard it. And I'm kinda proud of that, so I'll resist heading over to YouTube and checking it out. And along those lines, I wasn't collecting from mid-1993 through 2012, so I missed out on the early days of Chrome.

Here's my "Black Friday monthly box break experience" for September. If I'm being honest with you, I actually ripped through these packs back on 8/30. Yes, I'm a sinner; jumping the gun a couple days. But the thing is I was having a bad day and needed a pick me up (still in a stretch of bads days, tbh), plus I had just ordered 3 other discounted boxes that were due to arrive, and I figured I could do some substitution. So if we're being technical about it, maybe this is just a random box break, and my "Black Friday monthly box break experience" for September is actually forthcoming in a future post. 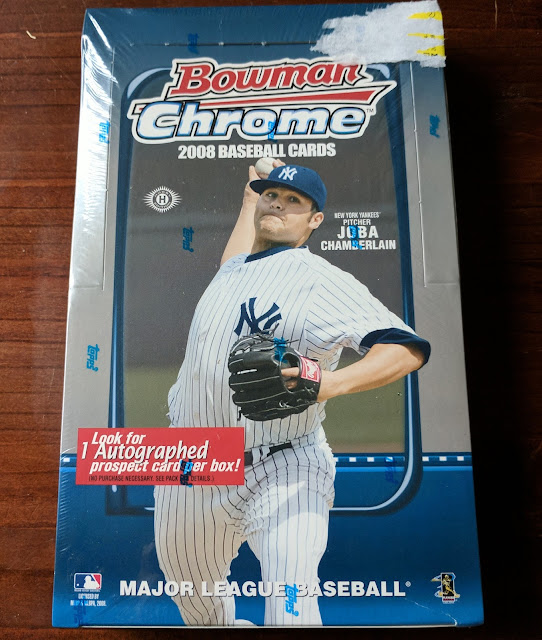 But the bottom line is here's a hobby box of 2008 Bowman Chrome. For the retail price of a blaster, I thought it was a solid deal. But there aren't really any huge rookie cards to chase in this set or anything, hence the reasonable price. But I'm just hoping for a few cards to add to my collection and something decent to cards replenish my trade coffers a little. And hopefully something shiny.. since Chrome is at its best when it's refracting, after all. 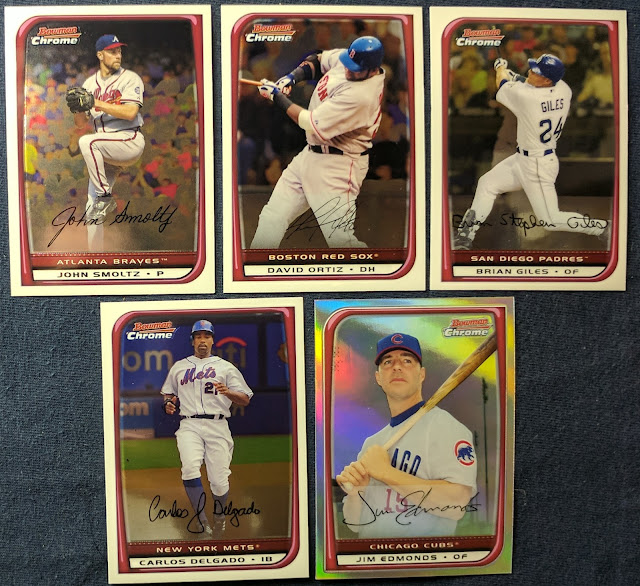 Guys I collect! I don't think I've got any of these already. Base veterans plus a Jim Edmonds refractor in unfamiliar Cubbie blue. 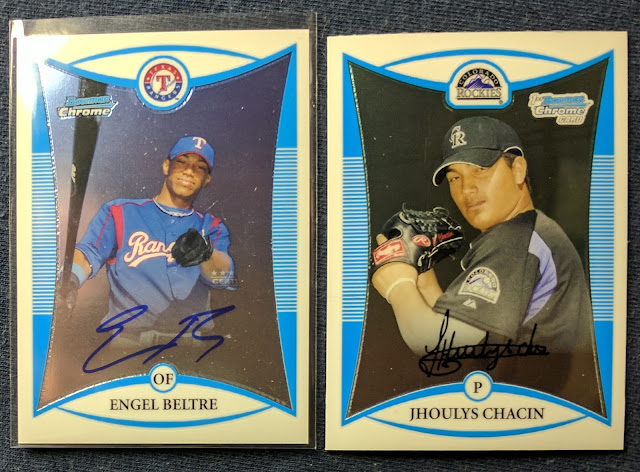 Hey, I pulled a Beltre autograph! Unfortunately, it's Engel not Adrian. But hey, my promised auto could have been worse. At least Engel briefly cracked the majors, which is better than many on the autograph checklist can say. He's still playing down in Mexico. I like the "Uncle Sam" pose.
As for Jhoulys Chacin, he's been one of the Padres' better starters this season, so it was nice to land his 1st Bowman Chrome Card. I'm still not sure how to pronounce his name. I'll just call him "Julie's Chachi." 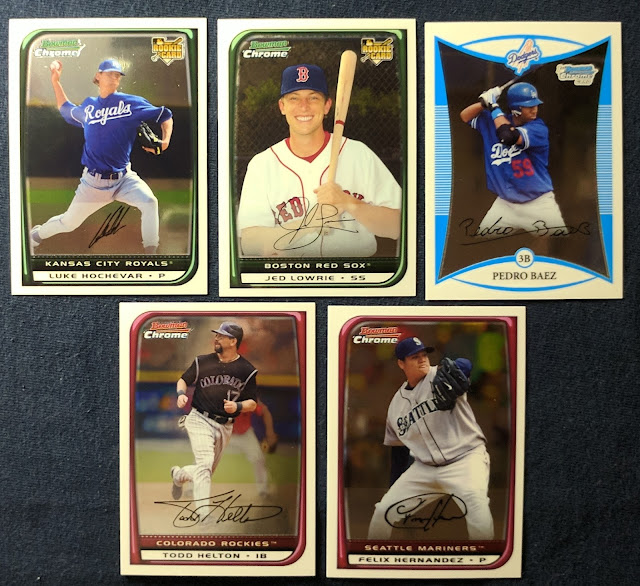 A few other semi-notable cards. I know I've seen these cards before, but until now, didn't realize they were all from the same set. Three different designs mashing into one set. Rookies (green), prospects (blue), and veterans (red). Whatever happened to Luke Hochevar? Put up a respectable 3.86 ERA in 2016, but no one signed him for 2017? Jed Lowrie is having a solid 2017 with the A's (I had no idea until I looked him up). Pedro Baez converted to pitcher, and according to the ERA+ statistic, he's been the Dodgers' 2nd best pitcher during their incredible run this year, below Jansen and above Kershaw. (Kershaw may have since passed him after a dominating comeback performance against my Padres last night.) 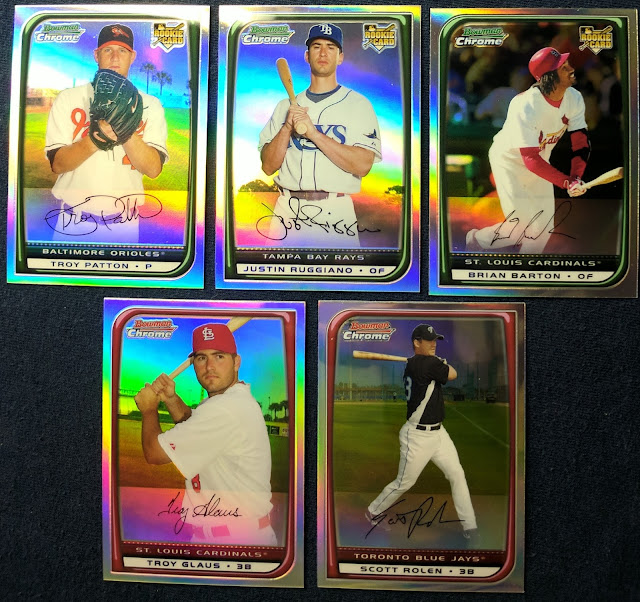 Some shiny refractors. Don't think the rookies (top row) ever amounted to much, but veterans Troy Glaus and Scott Rolen had fine careers. 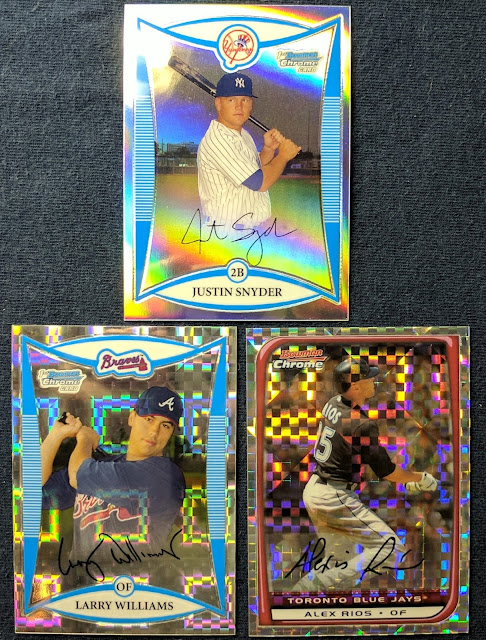 Finally, here are the numbered cards I pulled. The Snyder is /500, while the 2 Xfractors are /250. No big names here unfortunately, but at least I have trade buddies for all 3 of these teams, so they're decent trade fodder. Feel free to call dibs on anything that catches your eye. Besides the guys I collect (1st photo of the post) and the Chacin, all these cards are available for trade. And plenty of base, not pictured, if anyone is working on team sets or anything. Just let me know.

Thanks for reading.
Posted by defgav at 3:27 PM