More of my recent card show haul to feature today, now moving up into the 50¢ bins. I think these are usually Bill's 7/$5 bins, so he must have been trying to thin out his inventory somewhat. 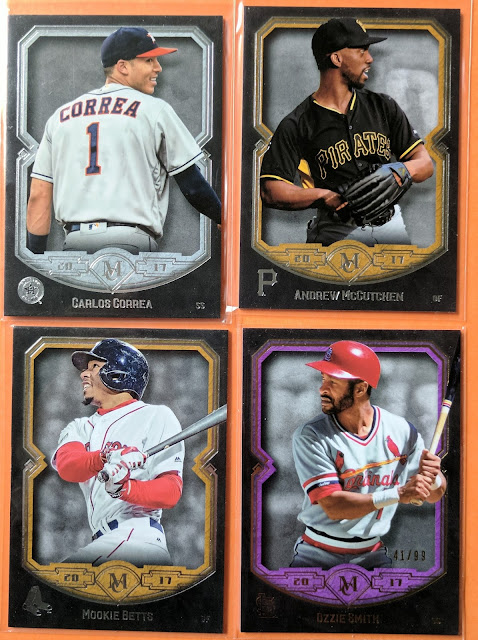 A few cards from 2017 Museum Collection highlighted by a /99 Wizard.

I'm a sucker for wave refractors, especially when I've heard of the guy. The Walker Buehler 2015 Bowman Chrome Black Wave Asia Refractor might be my Pickup of the Day™. None on COMC right now, and the cheapest currently on eBay is like $20 after shipping. He made his MLB debut earlier this month and the Dodgers have high hopes for him. (He's also Zippy Zappy approved.)

These are pretty cards. Didn't these used to be serial numbered in previous Heritage sets? Maybe not. Oh well.. still nice cards. 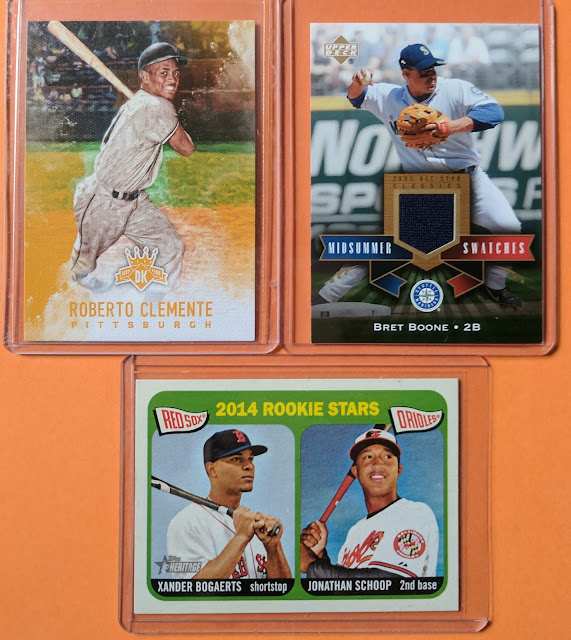 Really like that smiling Clemente. I was right in guessing that it was the photo variation. But to my chagrin, according to COMC, the base version is actually harder to come by and worth a few more cents than the variation.. That doesn't make a whole lot of sense to me. The Boone relic was a decent pickup. Don't collect him too heavily, but a tiny bit, mostly because he's an East County San Diego boy like myself.

Some numbered purples and blues. 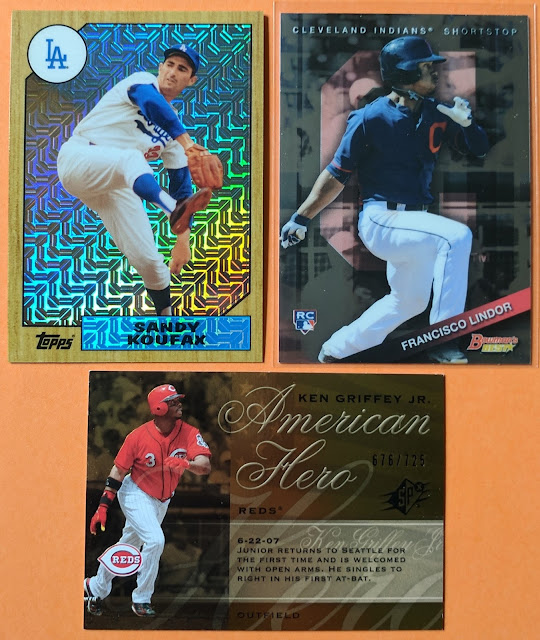 Last group of cards for today. I'm sick of the '87 Topps design, but that's a sweet Koufax. Solid Lindor RC. And a Griffey /725. I believe this is from some massive numbered set Upper Deck put out. So it's not all that unique, but still easily worth my 50¢.