A trade roundup to let the sunshine in

First up is Mark Hoyle, who surprised me with a package of oversized cards. 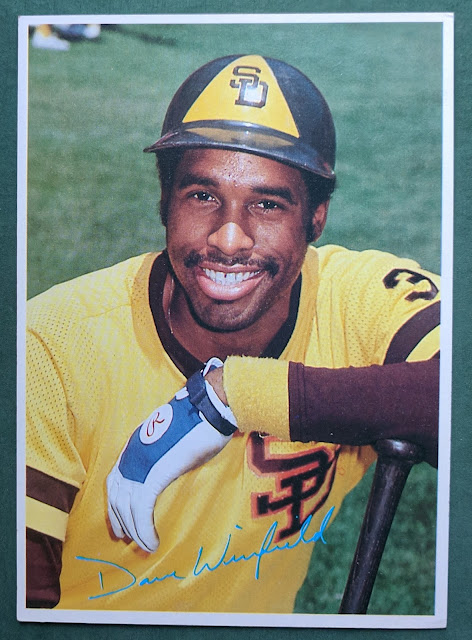 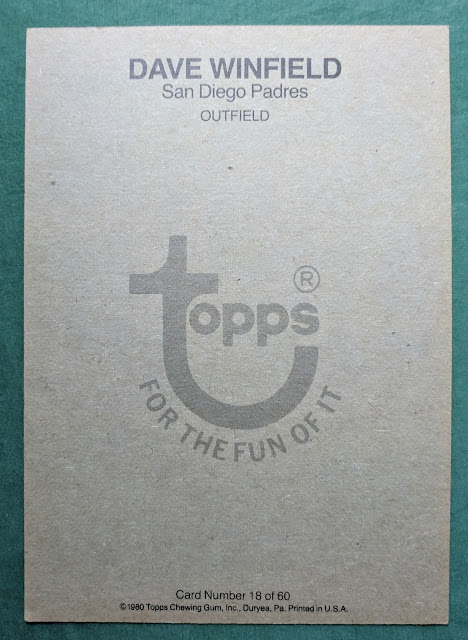 Great looking Winfield. This is my first 1980 Topps Super card. 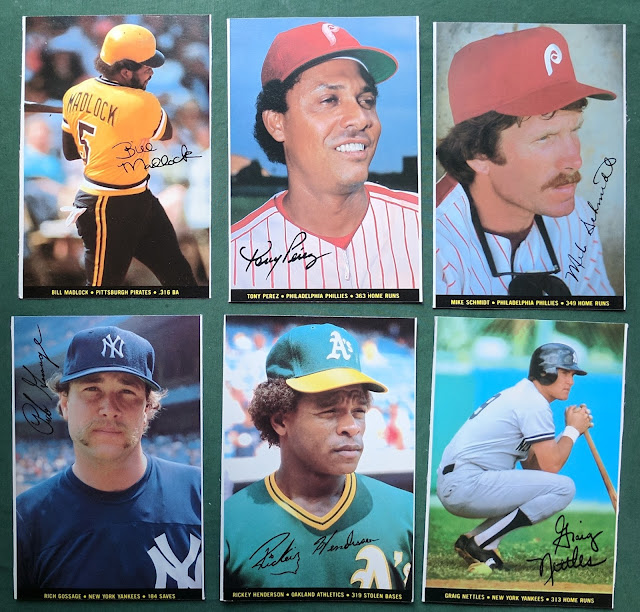 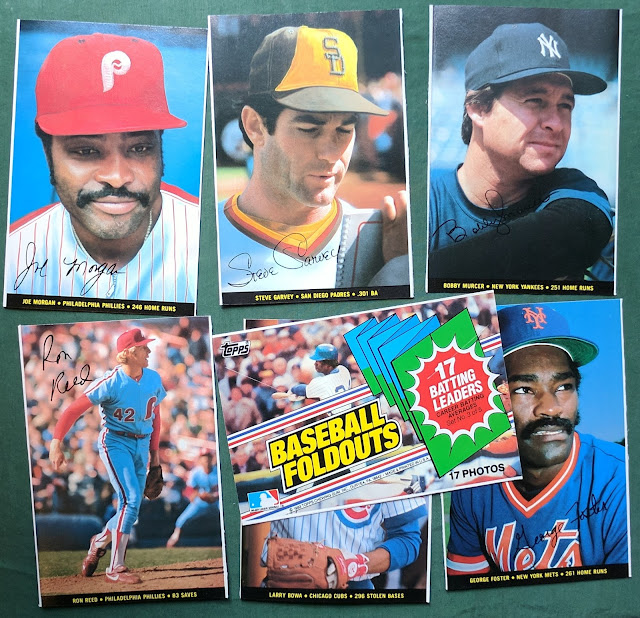 These Topps Baseball Foldouts panels from 1983 are postcard sized. They're separated, but apparently they come connected, hence the name, and are double sized. For example, Steve Garvey is on the other side of Bill Madlock... both guys I collect, but lucky for me I keep my oversized cards in a separate box, so I don't have to decide which PC to store it with.

Next is a PWE from Sport Card Collectors. 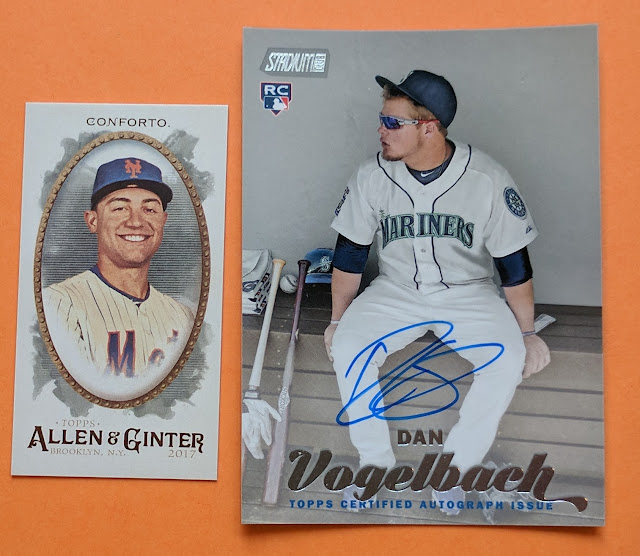 Nice Conforto mini, though the star of the show is the Vogelmoster autograph. It's my first of his in a Seattle uniform. Seems he's been getting a lot of love from Topps this year, though he still hasn't done much in his limited MLB action. While my enthusiasm for collecting him has waned lately (unlike P-town Tom), still nice to add another auto of his. 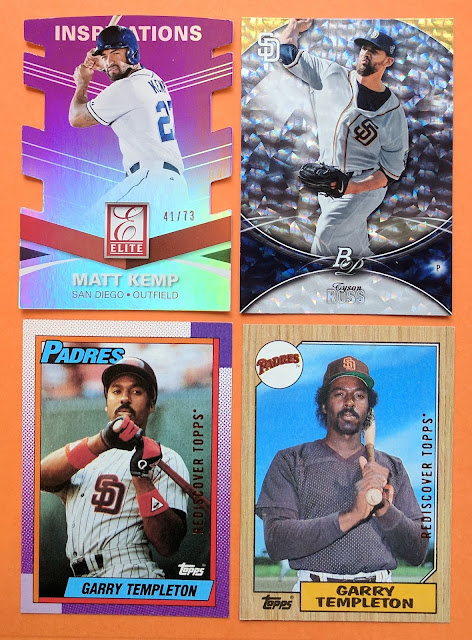 And a few Padres cards, including a #'d diecut Kemp, and a couple Templeton buybacks. 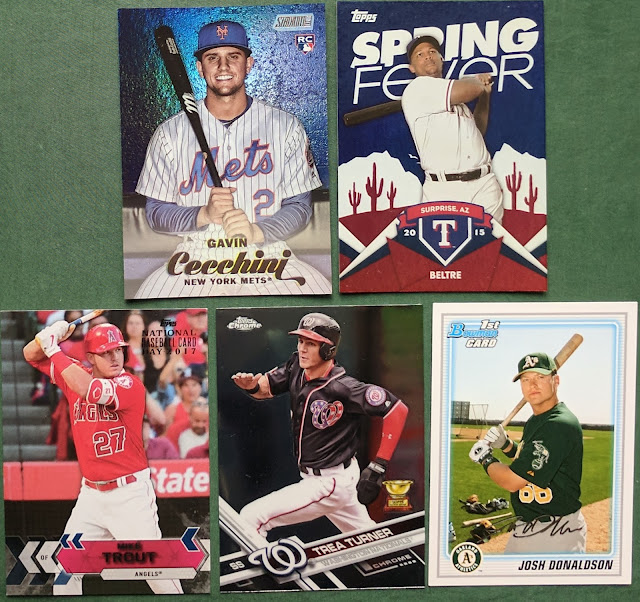 Here's a Gavin and a few big names of today. The Cecchini is a fancy parallel #'d 18/25. I think the Trout is my first card from the 2017 National Baseball Card Day promotion. Dig the early Donaldson card. 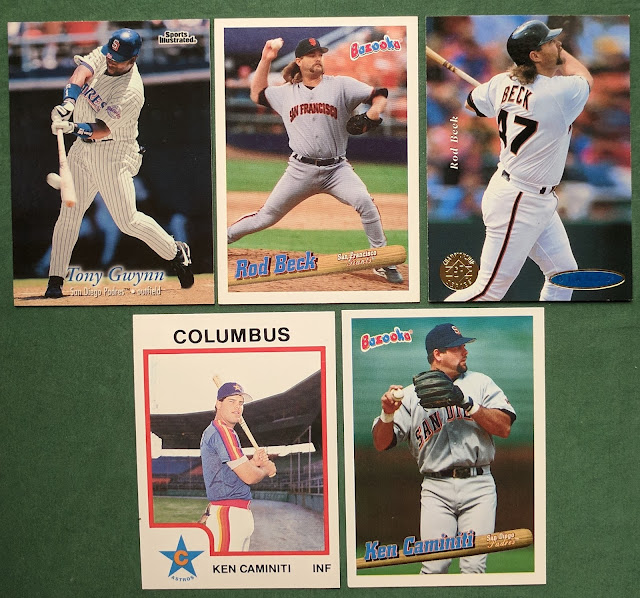 Some late, great Padres of the past. Always love getting new cards from these guys. Especially exciting to see the minor league Caminiti. 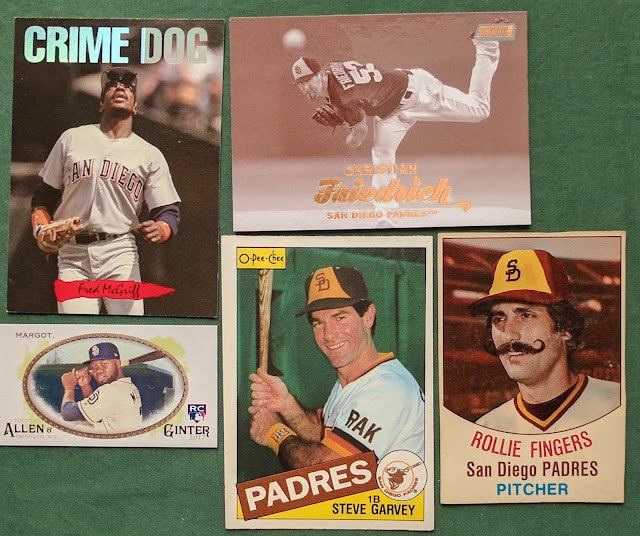 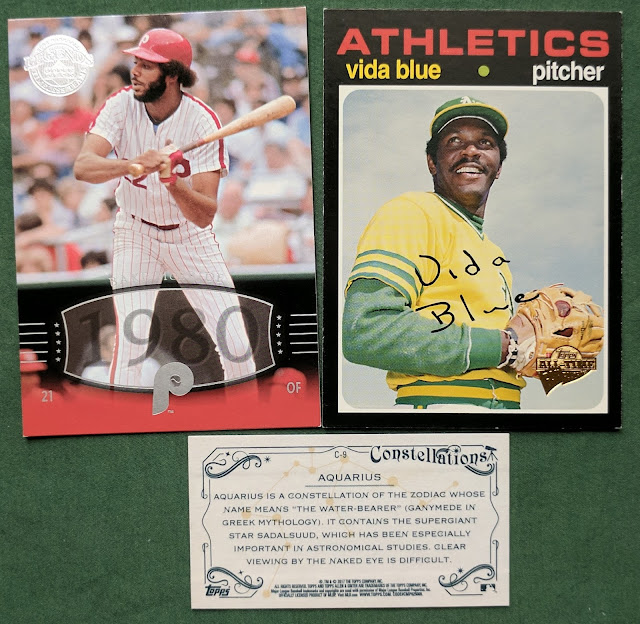 And very cool to land needed cards from Bake McBride and Vida Blue. The glow-in-the-dark Ginter mini is also appreciated, though I already have it. In fact, I think this is the 3rd copy I've gotten of Aquarius, which is kinda crazy seeing as I only have 3 of the 10 Constellations cards so far. This is the dawning of the age of Aquarius, indeed.

And thanks again to Mark and SCC. I was proactive putting returns to you 3 guys in the mail quickly, and they should be arriving any day now.
Posted by defgav at 3:25 PM