Other than pulling an Aaron Judge fishfractor out of a 2017 Chrome blaster, my recent ripping experiences have been underwhelming. But this one left me feeling good about it.

I'm not usually a big Ginter guy, but Topps was blowing out boxes of 2016 Allen & Ginter X at a deep discount the other day. I couldn't help myself and grabbed 3 before they sold out later that day. I figured I'd open one immediately, and throw the other 2 into the stockpile for my once-a-month box breaks. 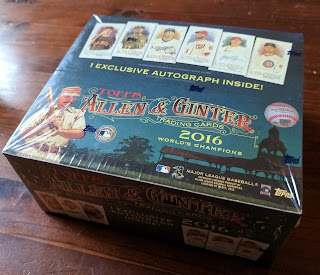 If you're not familiar with this product, it's an online-exclusive parallel to Ginter with black cards instead of the standard white (despite what the images on the box would suggest). I've already got a complete base set (+ SPs) of regular 2016 Ginter thanks to winning it in a contest last year at Bubba's Bangin' Batch of Baseball Bits. And I've got a few various 2016 Ginter X cards via trades. With 3 boxes to go through, perhaps I'll work on putting the X set together. It probably wouldn't be too hard since it seems like there are no inserts or parallels clogging up packs besides one-per-pack minis and one-per-box autos. The autographs are the big draw here. The silver ink on framed black mini just looks really cool, and there are some nice names on the autograph checklist to chase.


So let's crack open a box and check it out. 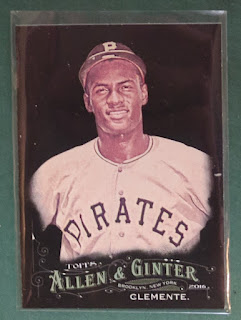 Here's a nice Roberto Clemente to lead off with. I believe it's an SP, as the card number is over 300. 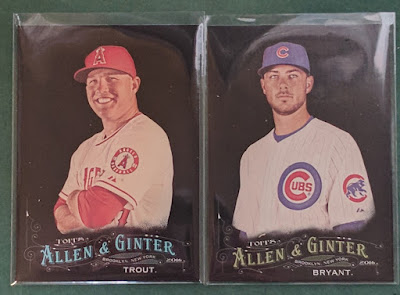 Here are a couple other good base cards to pull. 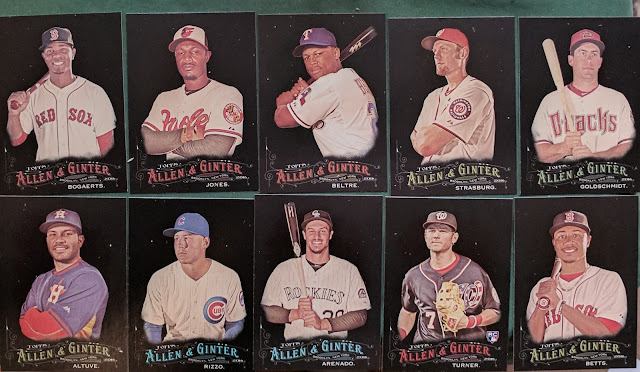 BTW, I apologize for the white specks on these cards. My state is currently on fire and Portland is being coated in ash. It's really terrible. These cards were left by an open window in the evening and ended up with some flakes on them in the photos. I hadn't realized it at the time or I would have tried blowing them off first.

Anyways, above are a few more active players I collect. 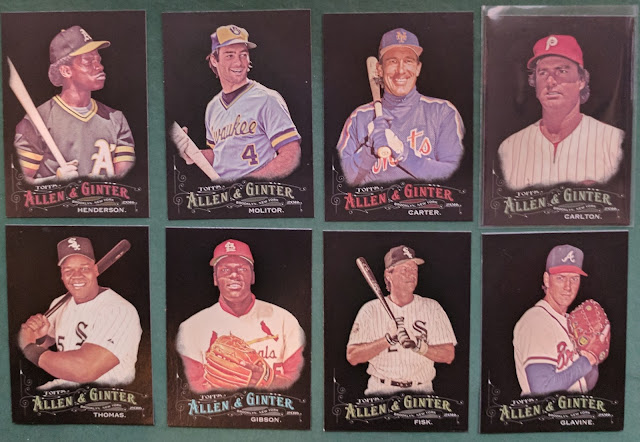 HOFers. At #350, Steve Carlton is the last card in the set and an SP, hence the pennysleeve treatment. 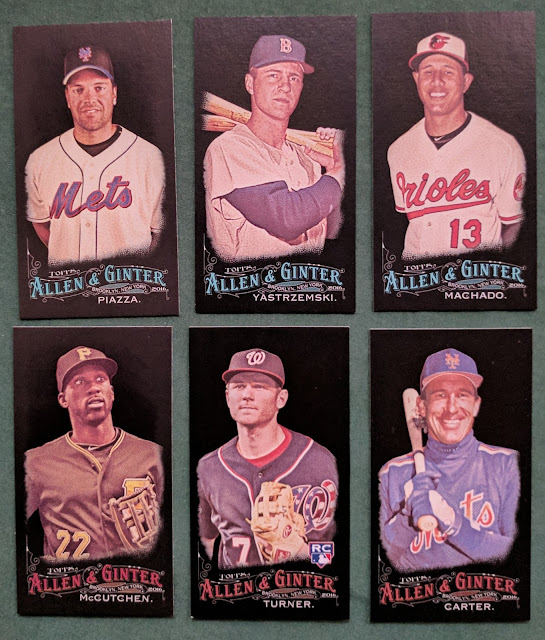 Some minis of guys I collect. A handful of cards had less-than-perfect corners directly out of the pack, such as the lower left of Trea Turner here, but I suppose that comes with the territory of black-bordered cards. 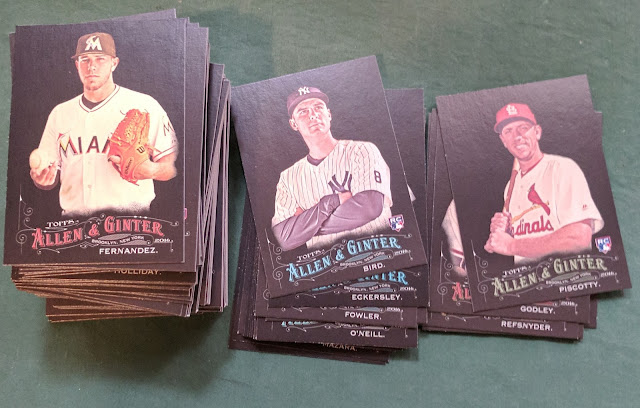 I gotta say I like this set, especially at the price I got the boxes for. Anybody working on this set? Again, I'm undecided if I'll work on completing it. I guess it depends on how good the collation is with my other 2 boxes. Hopefully I'll be able to end up with nearly the complete base set and about half the SPs, but we'll see. 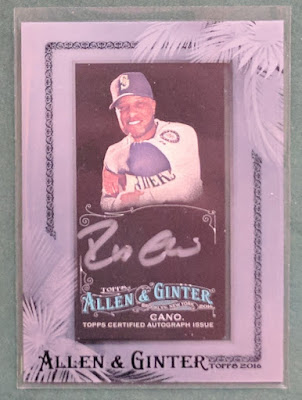 Robinson Cano! While not a player I collect, definitely a solid name to pull.. especially considering Ginter includes a lot of D-list celebrities cluttering the auto checklists. Pulling an auto of an established Major Leaguer is something to be happy about. Cano's put together a career of consistent All-Star caliber seasons, though you don't hear about him quite as much since he left the limelight of the Yankees for the solitude of Seattle. Assuming he can stay productive through the end of his mega-contract (he's signed thru 2023), he'll have a solid chance at the Hall.

Very happy with the card and it looks awesome in-hand even though the pic is not great, partially due to the smokey orange sky lighting it. (Sure hope they get those wildfires under control soon!) I'll probably hang onto the card and add it to my other miscellaneous autos, though if any Cano collectors wanted to make me a trade offer, feel free to get in touch. Looking on COMC and eBay, I was only able to find one available for sale, with an asking price of $50, which is considerably more than I paid for the box.

Hopefully the other 2 boxes are as nice as this one, but chances are this box will end up being the best of the lot.

Thanks for stopping by!
Posted by defgav at 3:24 PM