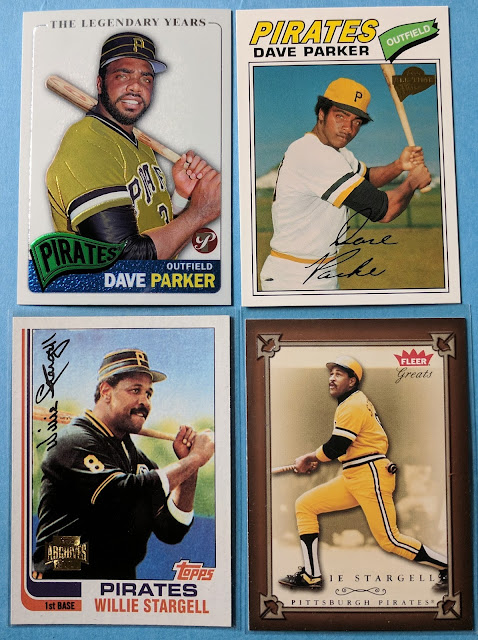 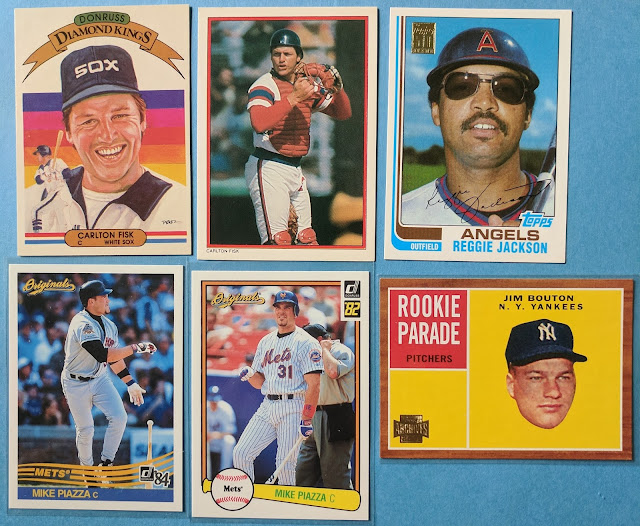 A couple great catchers and a couple Yankee agitators. 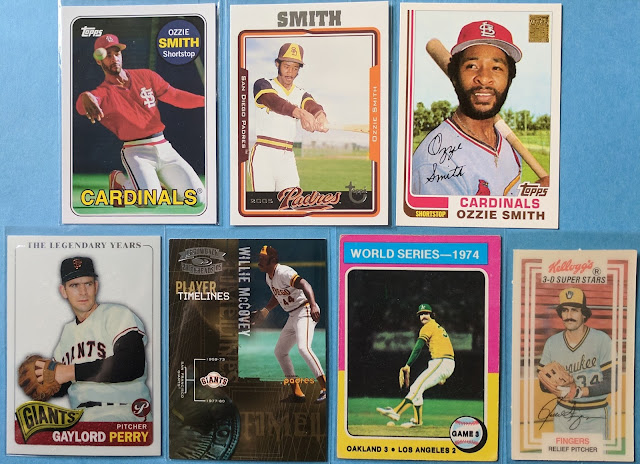 Former Padres in the Hall. I had received a Christmas Card relic of the McCovey from gcrl a few months ago, so it's nice to have the base version now to pair with it. 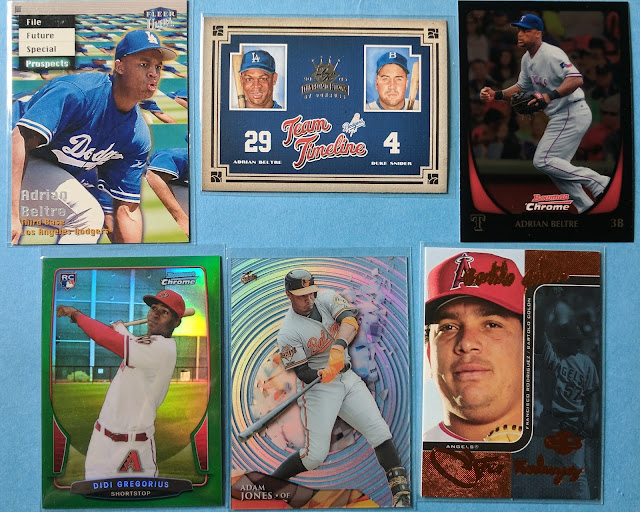 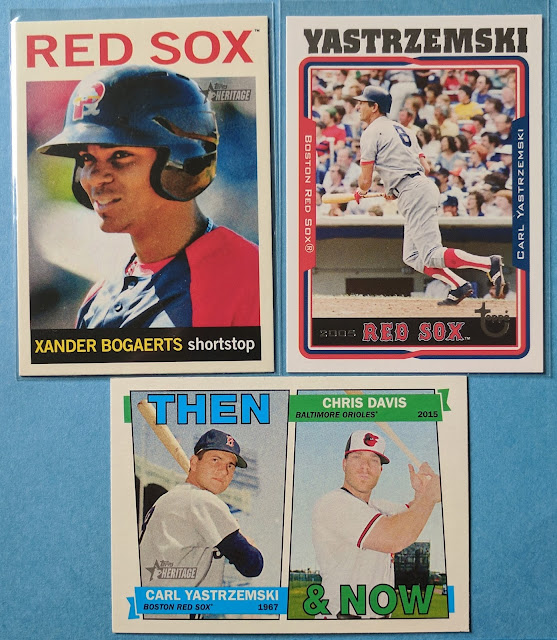 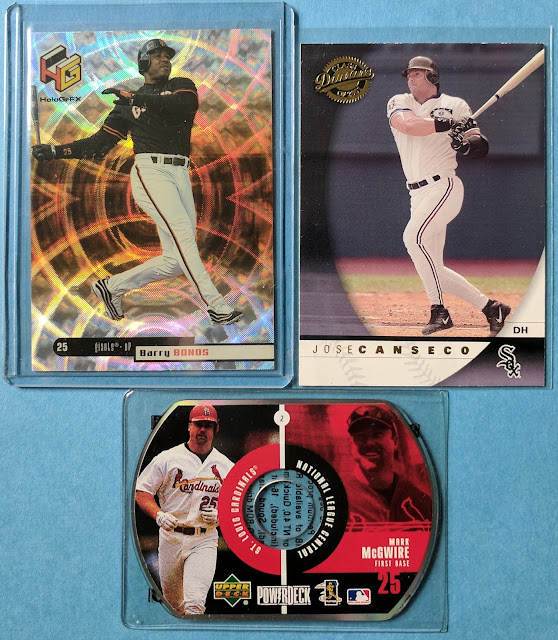 Juicers. There's always way too much of these guys in Bill's bins, but I caved and threw some on my stack. The HoloGrFX cards are just cool looking. I dug the throwback on the Canseco. And Powerdeck discs are hard to pass up when that cheap. 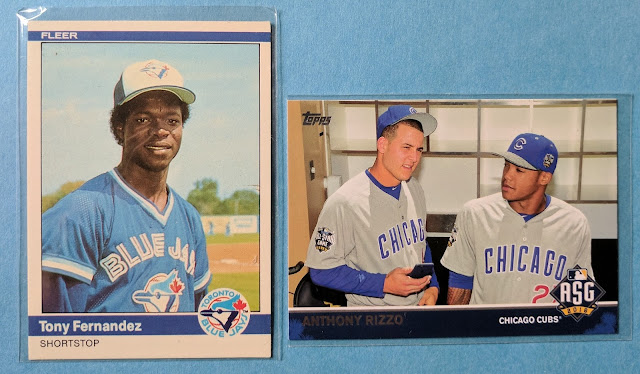 I kinda-sorta collect Tony Fernandez, plus I'd like to work on completing 1984 Fleer someday. As for the Rizzo, I just thought it was an odd photo choice for a card. According to COMC, it's a two-buck card, so not a bad pickup for a dime. 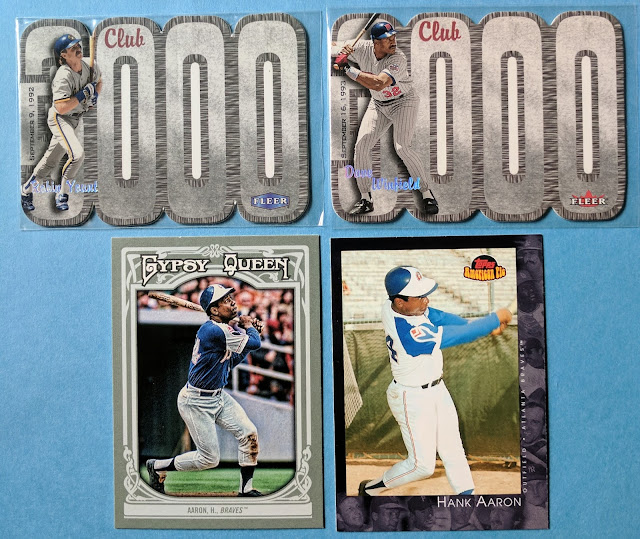 A couple 3000 Club cards and a couple Hanks. 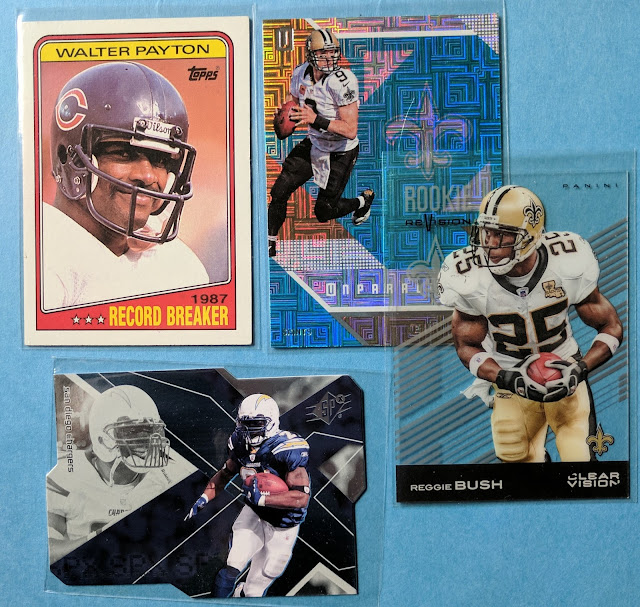 A few football cards to close the post with. When I first got to Bill's tables, the only available space for me to pull up to was the football dimebox area. So I bided my time there while I waited for space to open in front of the baseball bins. It all worked out, as I was able to grab a few cards for myself, plus some trade fodder. I'll likely have a big "trade bait" post up within the next few days.

More cards later. Thanks for reading!
Posted by defgav at 4:29 PM