Matt at Red Cardboard generously surprised me with a bonus package of cards in the wake of our recent swap. 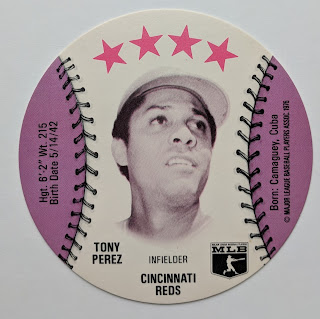 Leading off with a vintage oddball of Tony Perez. 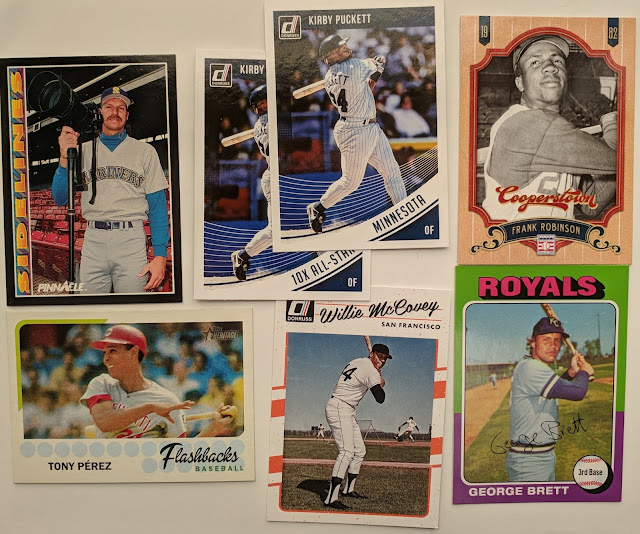 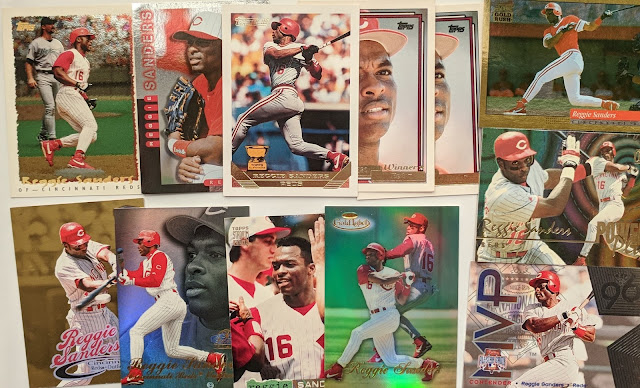 Sweet-ass lot of Reggie Sanders!, most of which are 90s parallels. Nice bump to the PC. 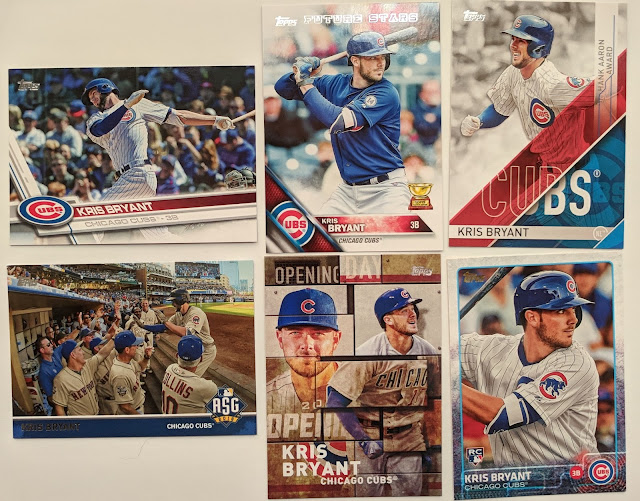 Plenty of active guys were included, too, such as Kris Bryant. The 2015 RC is actually a Berger's Best reprint (--unlike the '75 George Brett reprint above, I need to point this out.) 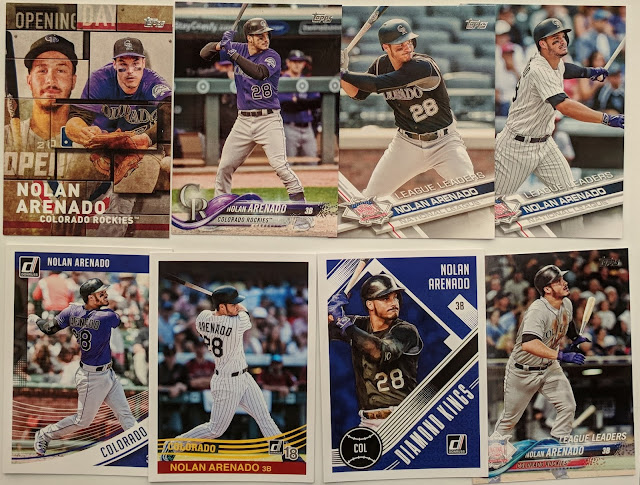 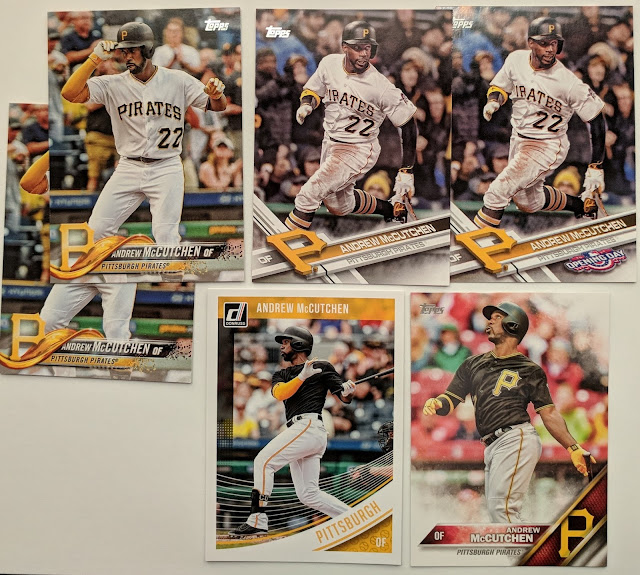 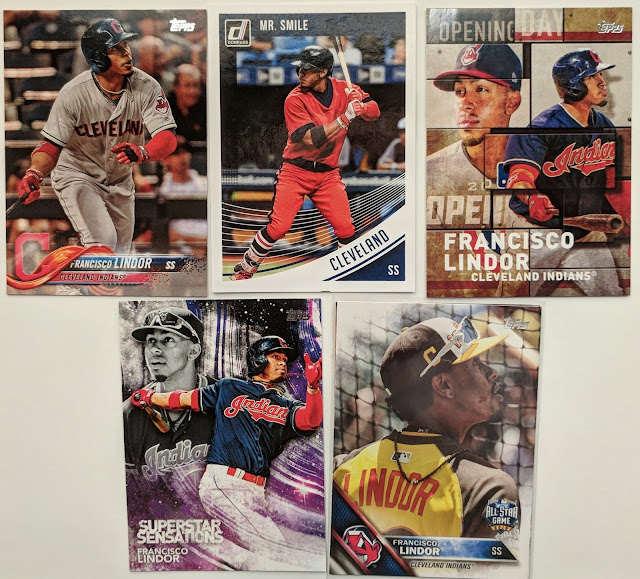 Lindor to my door. 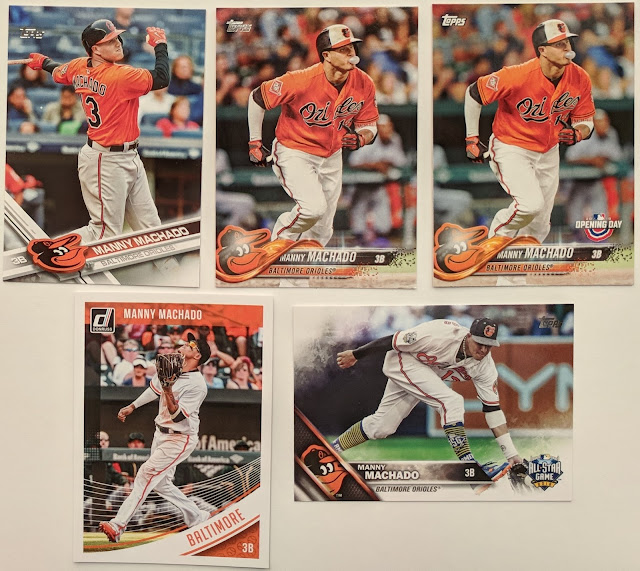 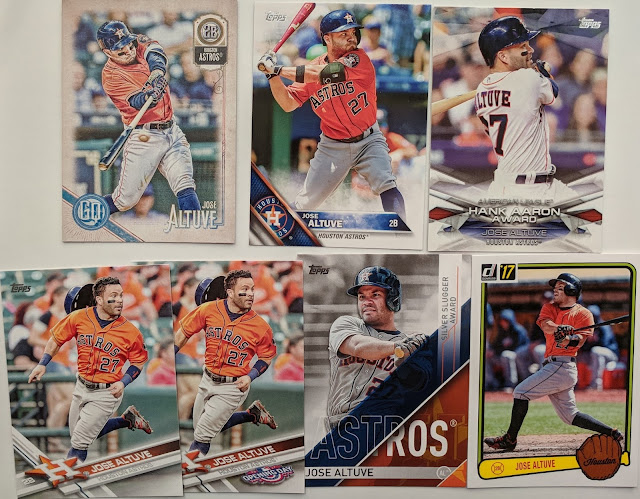 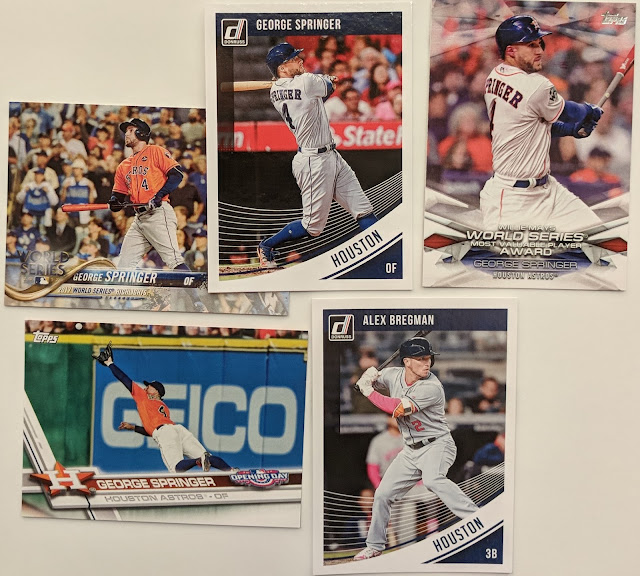 Springer and a Bregman. 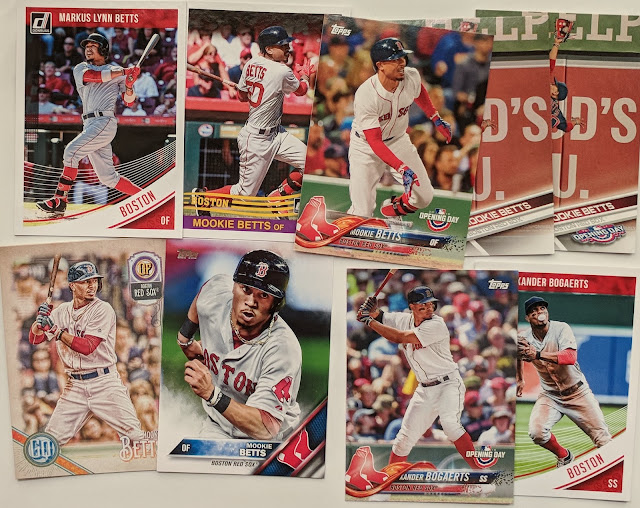 Mookie had a huge game today. 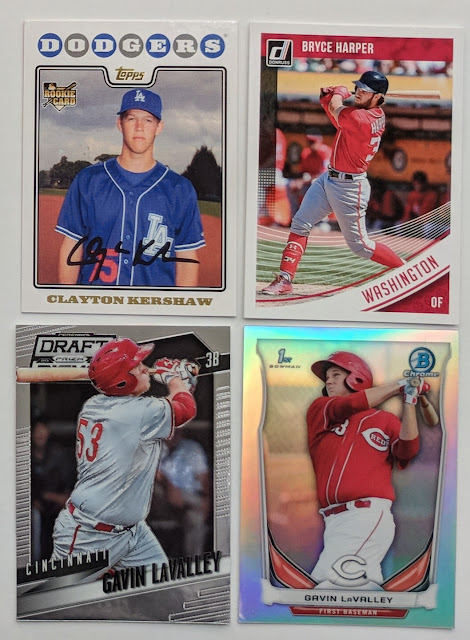 Closing out with a Kershaw reprint and a Bryce. Expect to see plenty of Gavin LaValley on my blog in the near future, as he was included in 2018 Bowman and I've been going after some of the parallels lately.

Thanks again, Matt! Dropped a little something in the mail for you the other day.
Posted by defgav at 3:24 PM