Mookie Betts has been damn good the past few years, and has been even better so far this season, giving Mike Trout legit competition for the title of best player in the game. I figured it was time I sorted out my Mookie PC and get a blog post out of it. 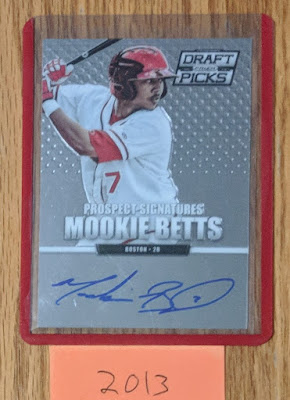 I've just got one card of his from 2013, but it's a nice one. I believe this 2013 Panini Prizm Perennial Draft Picks auto is his first-ever autograph, as he didn't get into Topps/Bowman products until the following year. 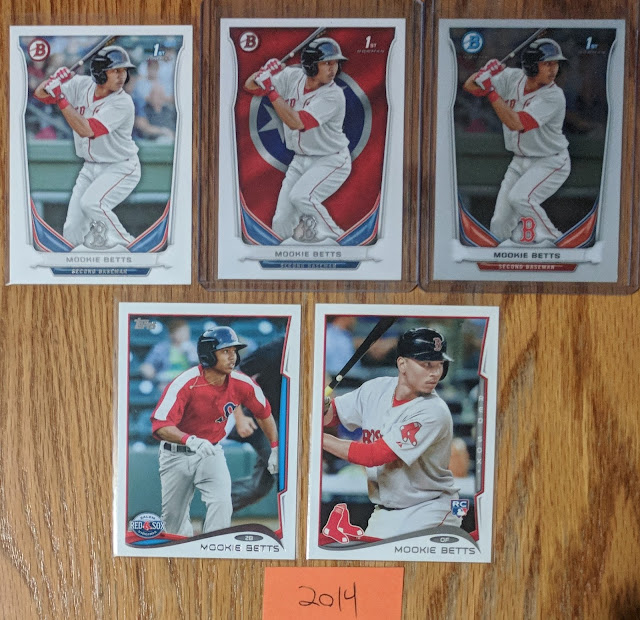 2014 pt 1. Nice selection of 1st Bowman cards. There were times I was after a First Bowman Auto on eBay, but came up just short in my attempts. That was a couple years ago and I think I've missed my chance unless I really wanna pony up big dough. 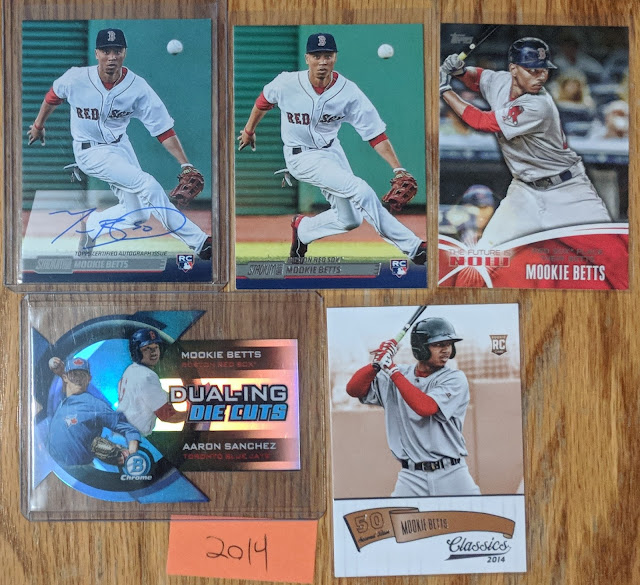 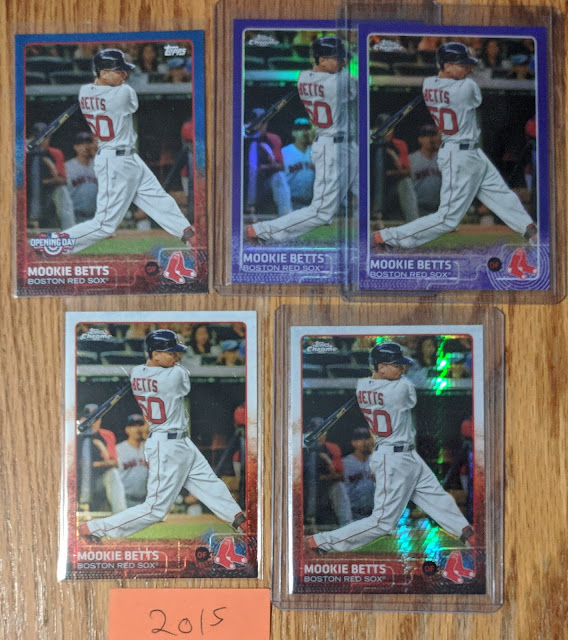 2015 pt 1. I'm hoarding those purple Chrome refractors with two of the 250 print run. I don't have his flagship 2015 Topps card here. But technically I've got it because I've got a sealed factory set sitting in my Black Friday stockpile which I will break up into PCs later this year. 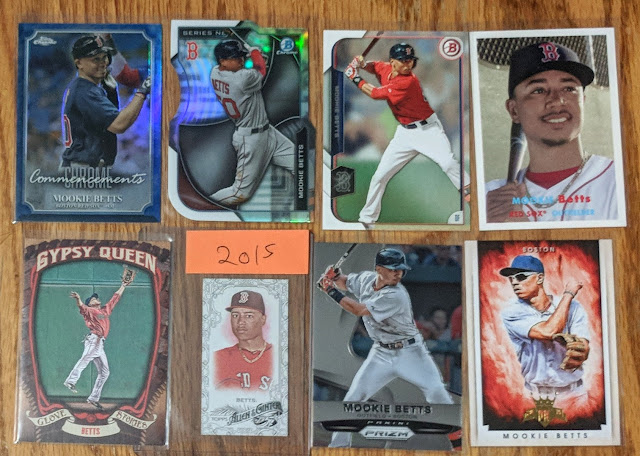 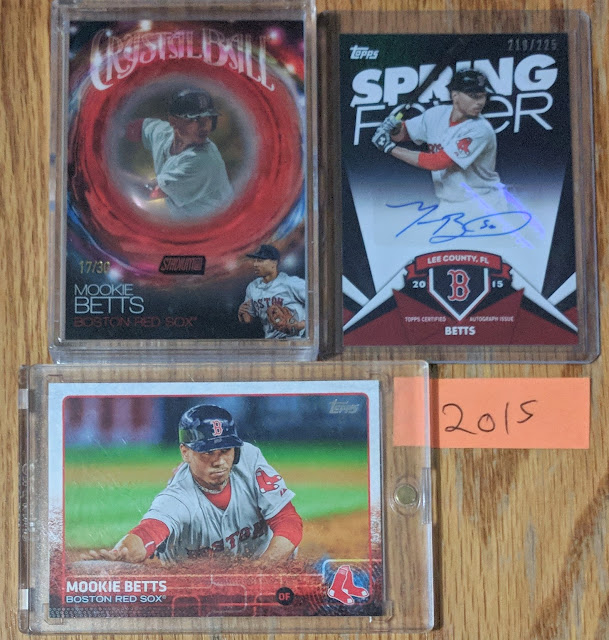 And here are some real nice cards from 2015. The Crystal Ball insert is my lowest-numbered Mookie at 17/30. Bought it for $22 back in October 2015, which is a lot for a non-auto modern insert, but I think these fat case hits are super cool and this split the difference (pricewise) between a common and a Trout/Harper. I tried to get an idea of the current rate, but couldn't find one anywhere on eBay or COMC. The Spring Fever auto was received in a gracious trade with reader Josh Bob a couple years ago. The 2015 Topps "sliding variation" is an SP I scored from the 7-for-$5 bins at the July 2016 card show. 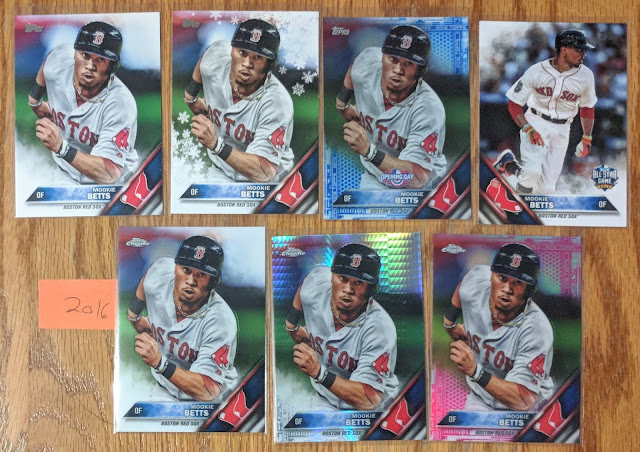 2016 pt 1. Chrome parallels include a fishfractor and a bubble gum. 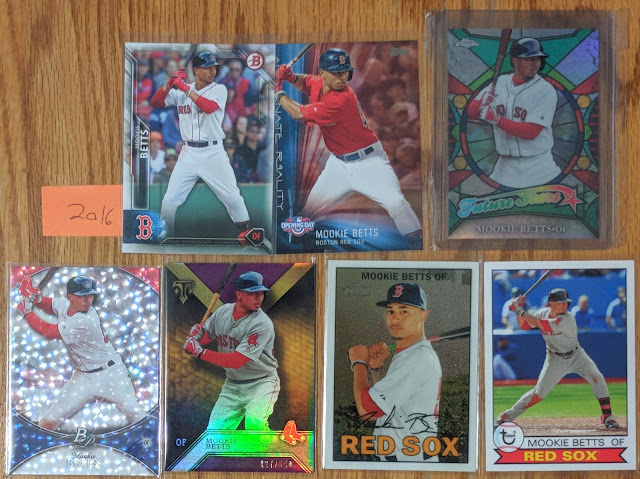 2016 pt 2. Always funny when you've got a fancy parallel but not the base version. 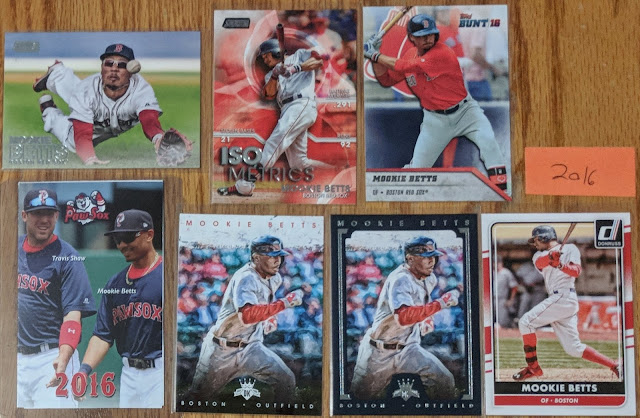 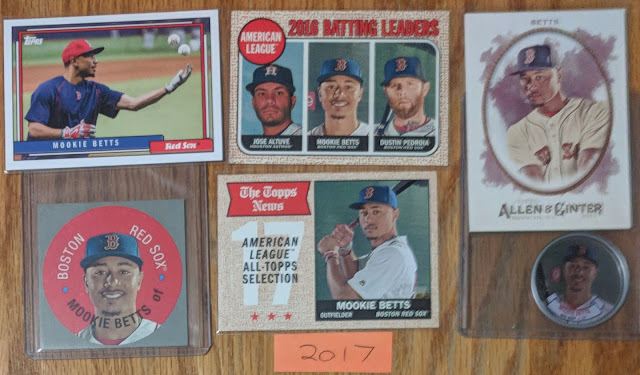 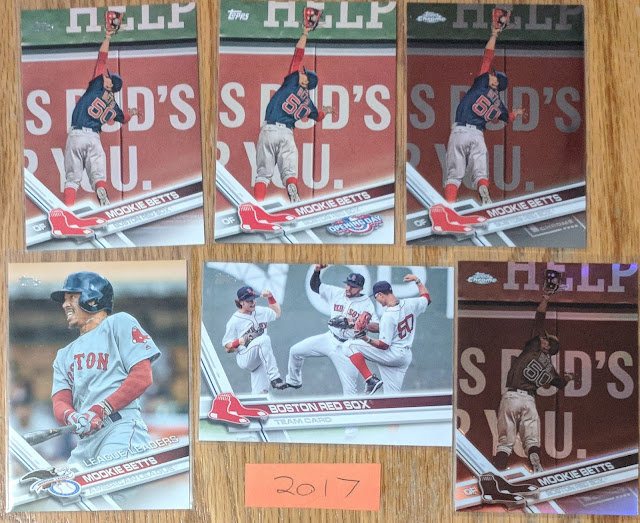 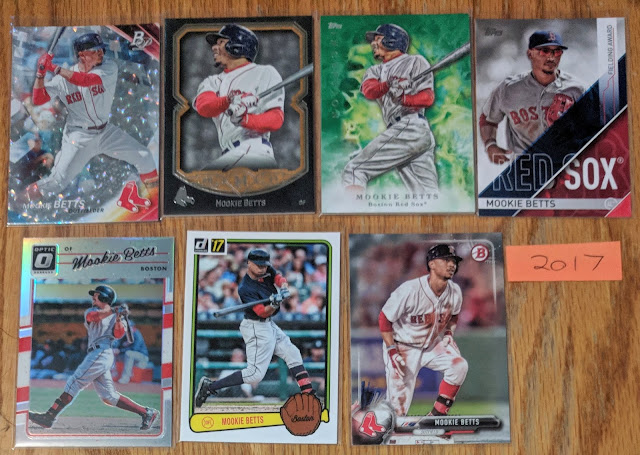 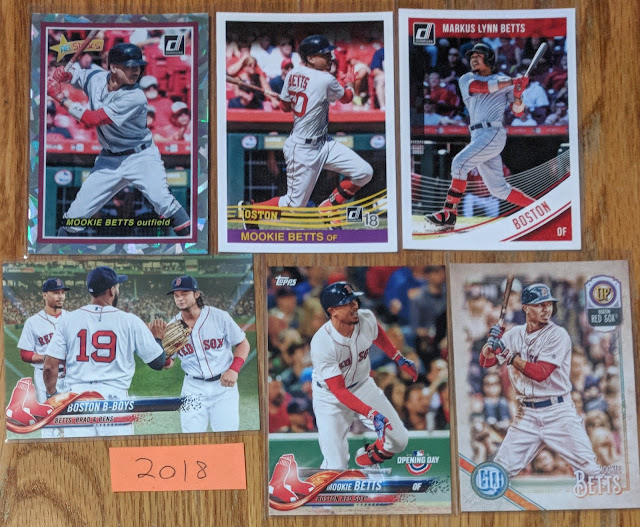 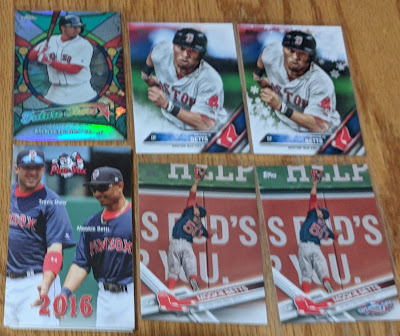 And these are the dupes I weeded out, if anyone wants to trade for them.

By my count, I'm at 72 unique cards. Shouldn't be long now till he's in the ol' Hundred Card Club. Feel free to get in touch if you've got any cards I need and want to trade. Thanks!
Posted by defgav at 3:25 PM