Josh Hader has been incredible this year. He had a particularly dominant outing last night. Here are a few blurbs from Twitter:

"Brewers Josh Hader is the first pitcher in baseball history with at least eight strikeouts in a game during which every out he recorded was a strikeout." (source)

"The last pitcher to record a save of 8+ K's before Hader did tonight … the Big Unit himself." (source)

"At his current pace, the Brewers' Josh Hader would finish the season with 97 innings and 211 strikeouts. All in relief." (source) 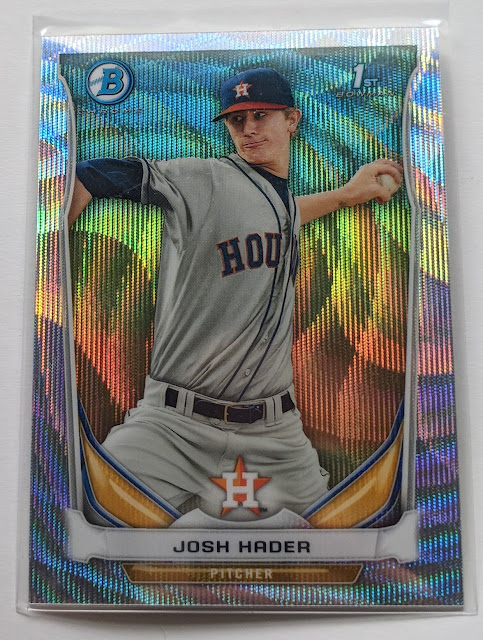 This 20¢ card show pickup from last year just keeps looking better and better! Perhaps one of my all-time best deals. His card prices aren't too crazy right now, but if he keeps on pitching like he has, they could definitely see a steep upswing soon. 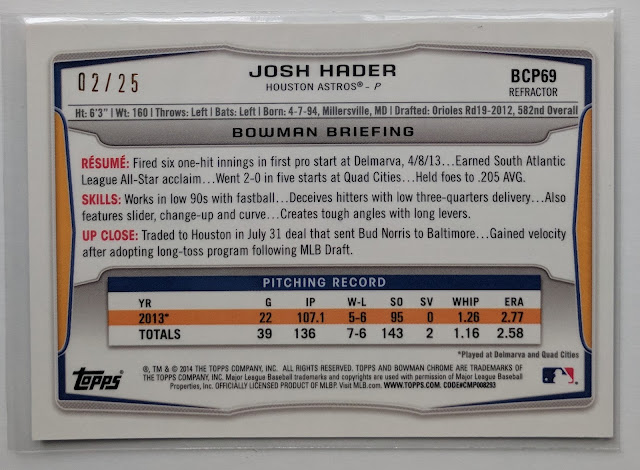 I'm always a sucker for wave refractors... and stick a low serial number on the back and an exciting young player on the front, and you've got a winner for me. 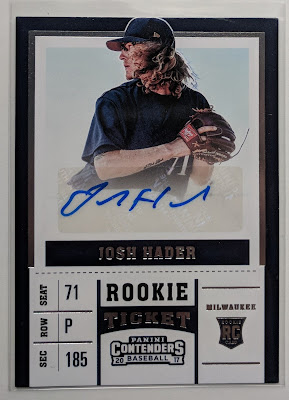 Here's my other good Josh Hader card, an auto I just got the other day from Sport Card Collectors.

I'm not pulling the trigger on PCing him just yet, but glad I've at least got a couple nice cards of the guy in my collection.

Thanks for swinging by.
Posted by defgav at 1:15 PM