May's monthly card show is in the books.

I don't collect Favre or anything, but I thought this was one of the most impressive lenticular cards I've ever seen. Looks like a damn video! This gif doesn't quite do it justice, but still neat. 1995 Skybox Impact - Brett Favre #N/A 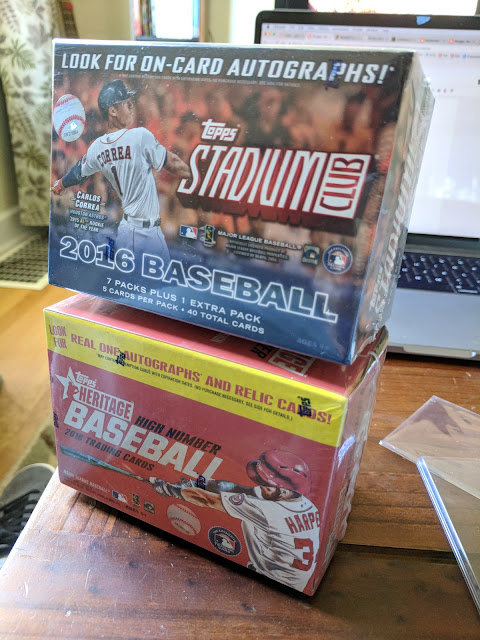 Snagged a couple half-price 2016 blasters to give me something to rip. I'll probably sit on these for a little while and use them for my June "black friday stockpile" break since I had 2018 Archives boxes tentatively penciled in there, but turns out that product isn't coming out till mid August this year. 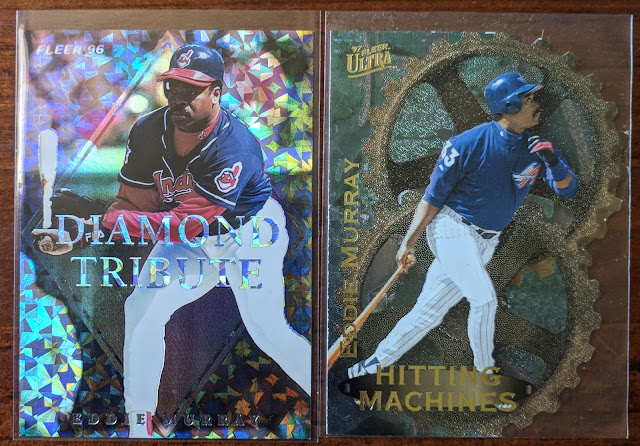 A pair of cool Eddie Murray inserts. That 1996 Fleer Update Diamond Tribute might have been my best deal of the day. Bought it for 50¢ and the cheapest one on COMC right now is $16.50. 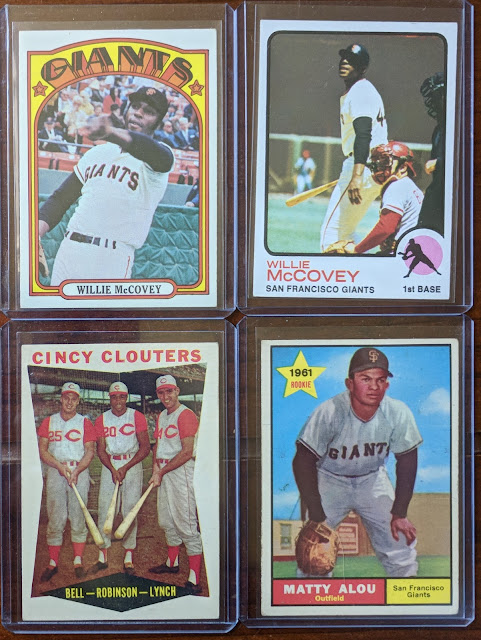 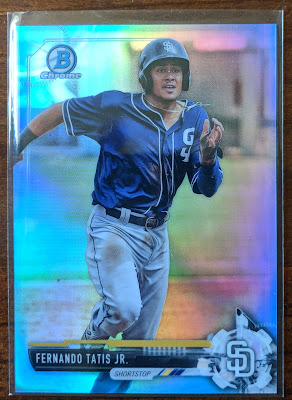 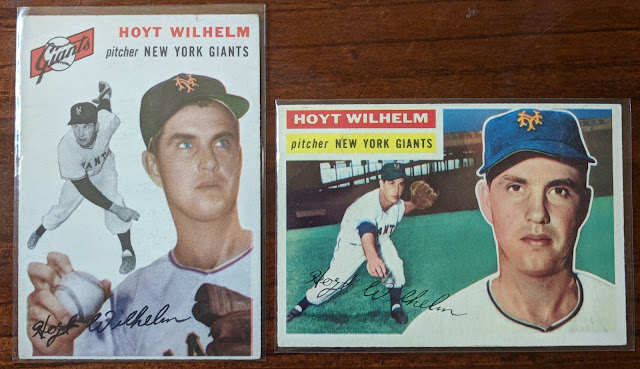 And let's close with a couple vintage additions to my Hoyt Wilhelm PC, my biggest pickups of the day. Might have overpaid a little for these (hey, win some, lose some), but still happy to knock a pair of needs off one of my favorite guys to collect.

So there are the highlights from my haul. Not too bad. Also grabbed some trade fodder and some nickelbox cards that aren't all that exciting. Plus I bumped into Rod and he had another box of cards for me, so I'm looking forward to going through those.
See you next time.
Posted by defgav at 3:18 PM