Tim Blackwell's mustache is a sight to behold 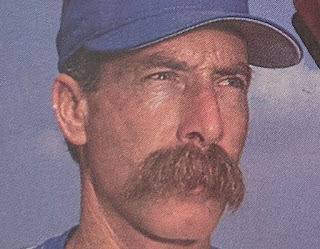 Wow, that's a hell of a mustache!

Tim Blackwell didn't have the same MLB success as the likes of Bill Buckner or Rollie Fingers, so he might not often be brought up in the discussion of baseball's best mustaches, but he damn well should be. 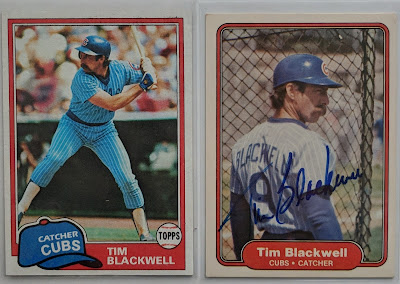 He was a backup catcher in the mid 70s through early 80s. Despite debuting with 44 games for the '74 Red Sox, his mainstream rookie card wasn't until 1978 Topps, though he does have a 1976 SSPC card, which I suppose can be thought of as his true rookie. But looks like he's got an oddball from 1975 Red Sox Herald. So maybe that's his true rookie. Whatever. I need both of those cards. I also still need several of his Topps, Fleer, and Donruss cards. I've probably got 3 or 4 more of his Topps cards sitting in sets, but didn't dig them out for this post (since they're not particularly expensive, I'd like to get dupes for the PC).

But while I still need many of his mainstream cards (hoping trader buddies can help me out there), I hit his minor league cards hard in the couple oddball-heavy orders I made a while back. 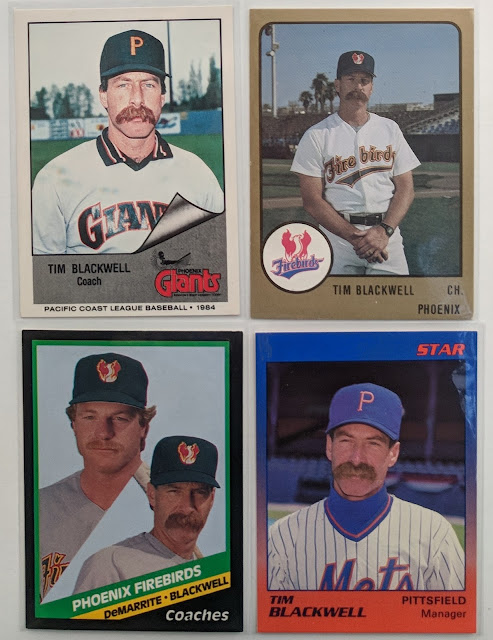 Tim's last season as a player was 1983, then he went right into coaching the next year. 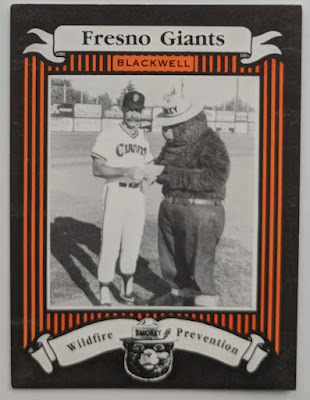 Here we see Smokey the Bear giving Tim a citation for the overgrown dried brush underneath his nose. Talk about a fire hazard! 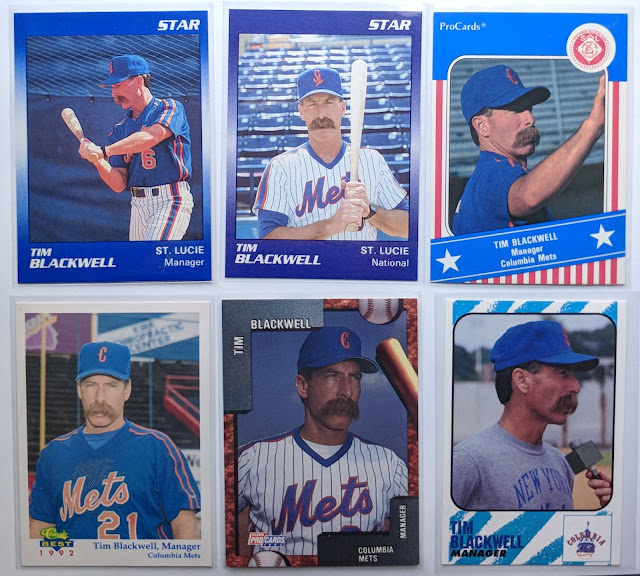 Here are some cards from the early 90s. His most successful year was 1991, leading the Columbia Mets to a Sally League title with a lineup featuring Fernando Vina and Butch Huskey. 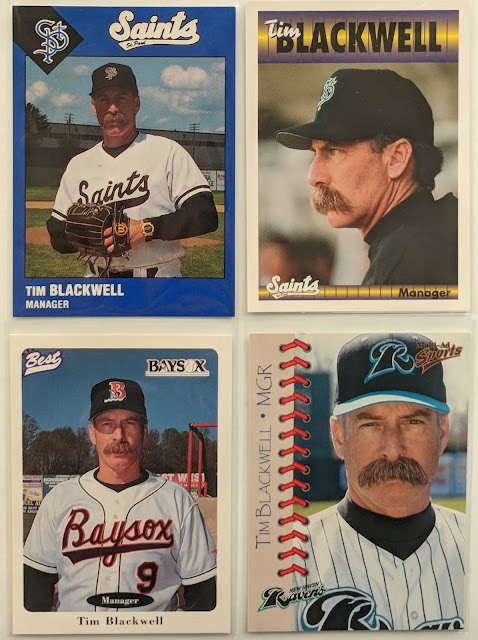 Here are some cards from the late 90s. A touch of grey in the old pushbroom, but still just as majestic as ever.

However, the dawning of the new millennium would bring change... 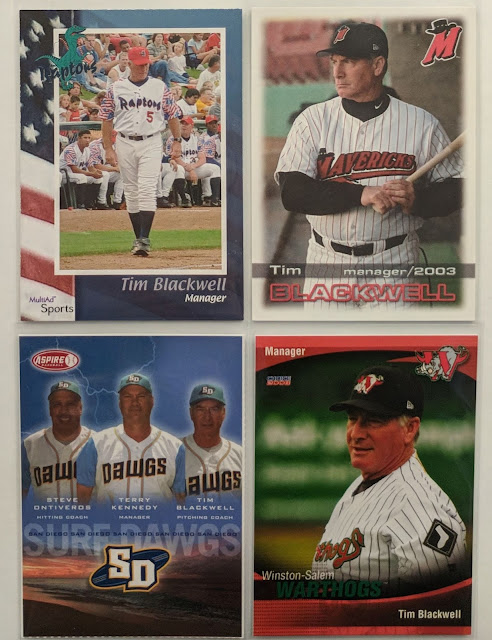 No!! The soup strainer is gone! Tragic.

Besides the very impressive Mr. Tickles, another thing I like about Tim is he's a hometown hero of mine. Like myself, he was born in San Diego and considers El Cajon his hometown (according to the back of many of his minor league cards, at least). He's also a fellow alum of Grossmont College. Very cool.

Nice that he was able to spend a season at home with the San Diego Surf Dawgs as pitching coach in 2006. The Surf Dawgs were a short-lived independent team that featured Jose Canseco as a gimmick for one game, and the previous season had Rickey Henderson as a regular at the tail end of his career. Looks like Tim retired after the 2008 season.

Anyways, fun dude to collect. Please let me know if you've got any Tim Blackwell cards available for trade not pictured here. Thanks!
Posted by defgav at 3:13 PM