Springtime Christmas (catching up on a big bunch of trades)

Got a lot of good incoming trade packages lately. Let's check 'em out.

First up is a reader named Kermit who was keen to score himself some of the Simpsons cards I whipped up a while back, and though he isn't a sportscard collector, still rounded up a nice trade offer for me. 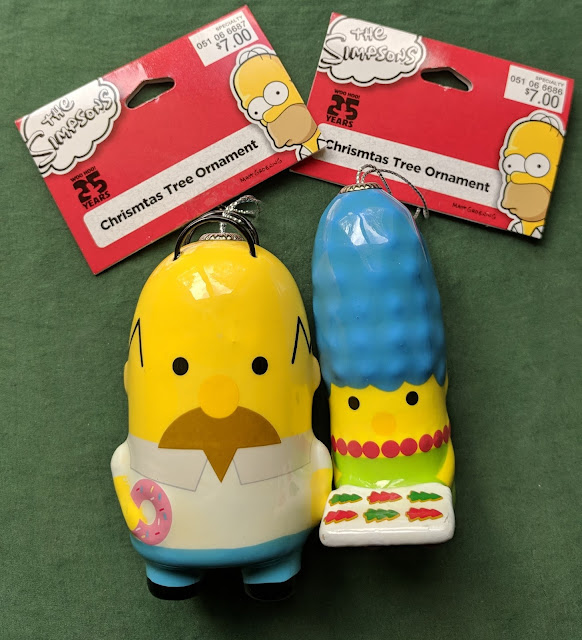 These minimalist Simpsons ornaments are cute. I'm torn if I should keep them in "new with tag" collectable condition, or take off the tags and throw them on the tree this December. I found a couple Marges on eBay going for around $15 each, but couldn't find Homer on there. (well, there are a ton of Homer tree ornaments, but couldn't find this specific one.) 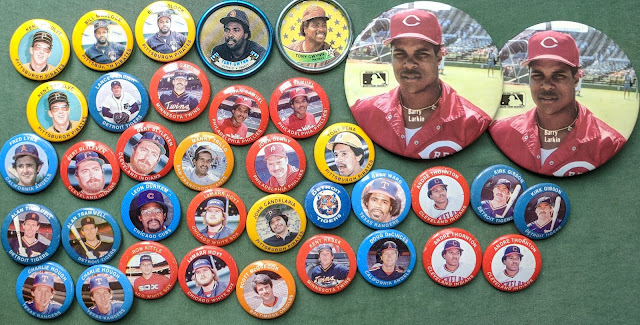 As I mentioned, the guy didn't collect cards, but he did dig up some baseball pins that caught my eye. A few players I collect in this lot. (Plenty of dupes and guys I don't collect, too, so let me know if you want to trade for any of these.)

When he told me he had a bunch of old comics to offer, I perked up hoping for some vintage Amazing Spider-Man and Superman and stuff like that. ... 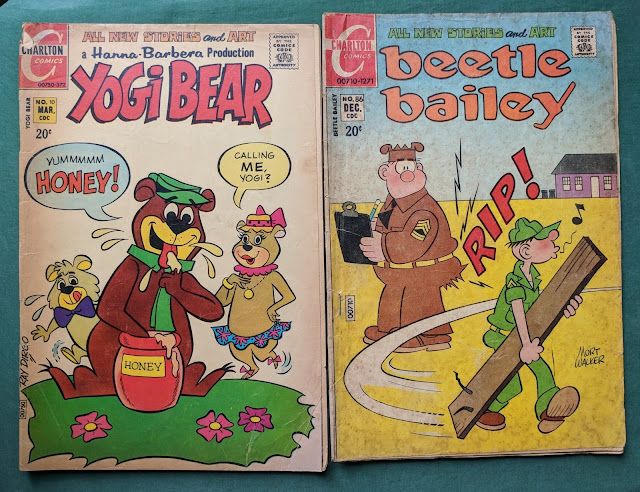 Welp, not exactly. But I was still moderately interested in these cartoon comic books from the 70s. 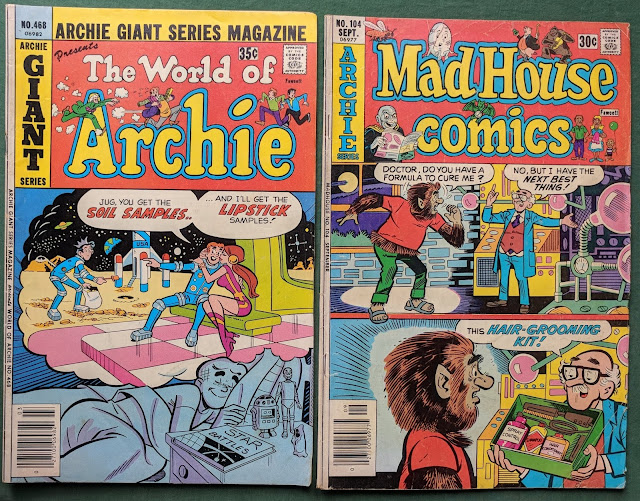 He was nice enough to throw together a nice sampler lot for me. 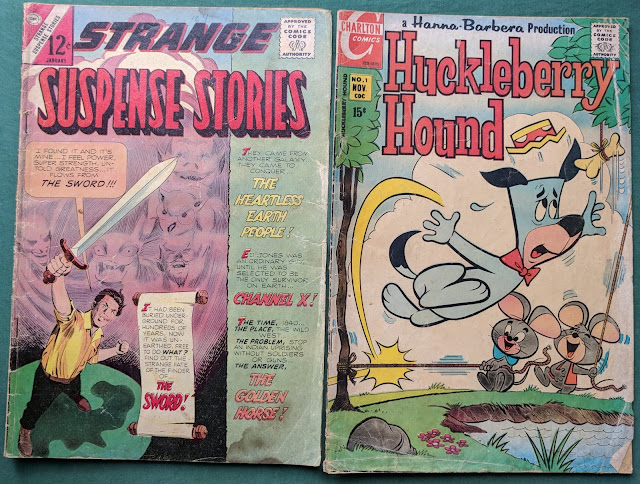 Definitely well-loved condition, these are "dollar bin" caliber, as he warned me, but should be fun to read through on a rainy day. 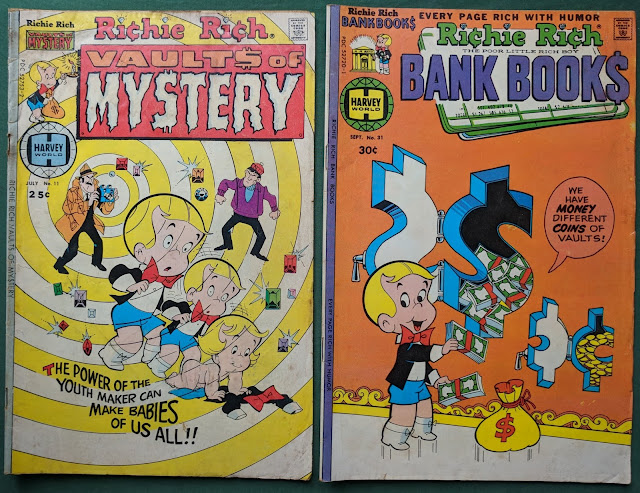 Should I maybe do a future post on these few comics? Might be fun to recap the story and show some of the more amusing advertisements. Eh, let me know in the comments if that's something you'd like me to post about. 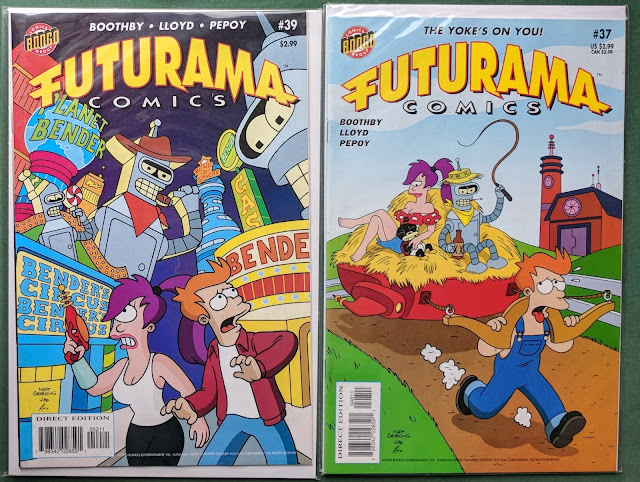 It wasn't all 70s, though, as he had some modern Futurama comics to throw in, too. 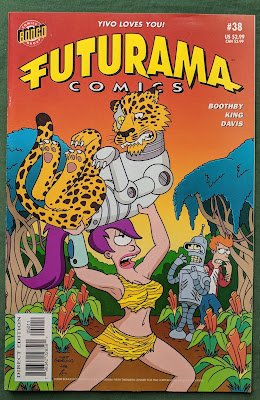 Neat stuff. Thanks again for the trade, Kermit! 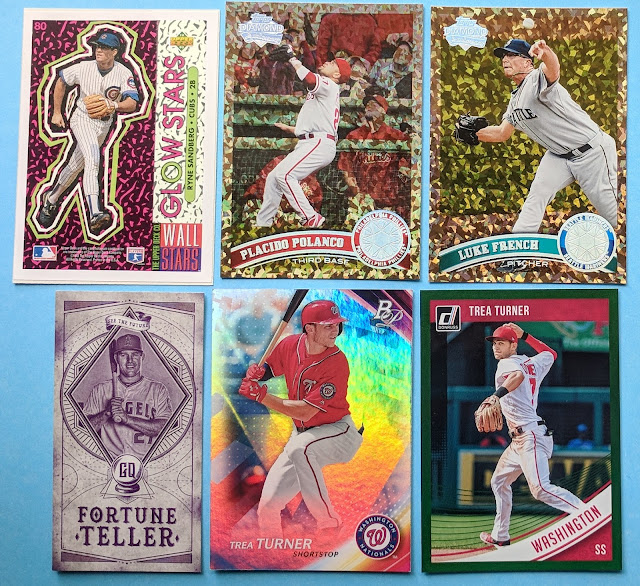 Very happy to land the Sandberg glow star, as that finally completes that '93 UD Fun Pack subset for me. Now I gotta round up all the cards (some are in PCs) and do a glowing-in-action post with them one of these days.
As for the 2011 parallels, already had one, but the other was a need for the frankenset.
Also cool Trout insert and a couple shiny Treas. 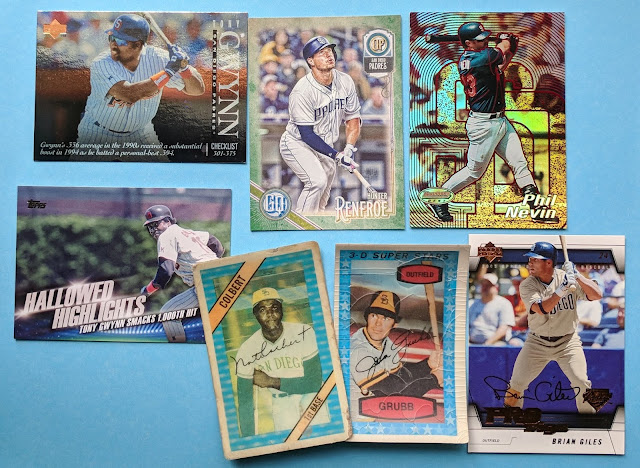 And some Padres highlights from the package.

At the card show last weekend, I bumped into Rod and he was nice enough to give me a box of cards. 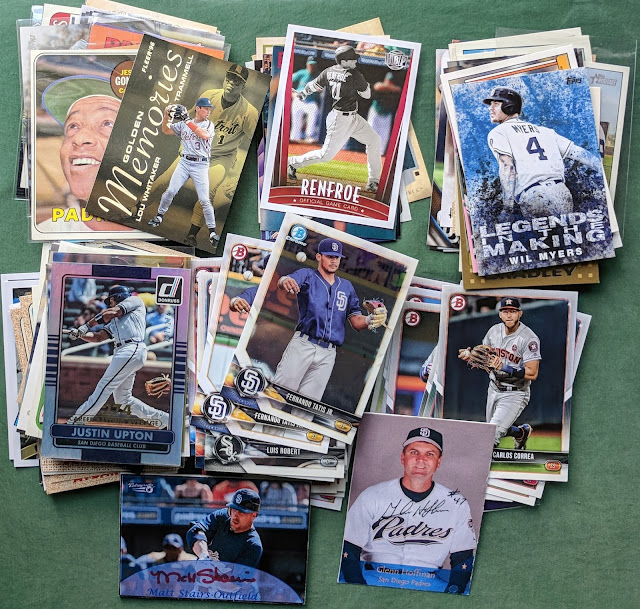 While it wouldn't be stretching too much to get a week's worth of posts from the box, I'm lazy / have a lot going on, so I'm just going to call it good with this overview photo with some highlights visible.

I believe that Renfroe is the first Honus Bonus card in my collection. There are also custom autos of Matt Stairs and Glenn Hoffman.

Thanks as always, Rod!

Now here's a nice "Christmas in May" mailing from John Miller. 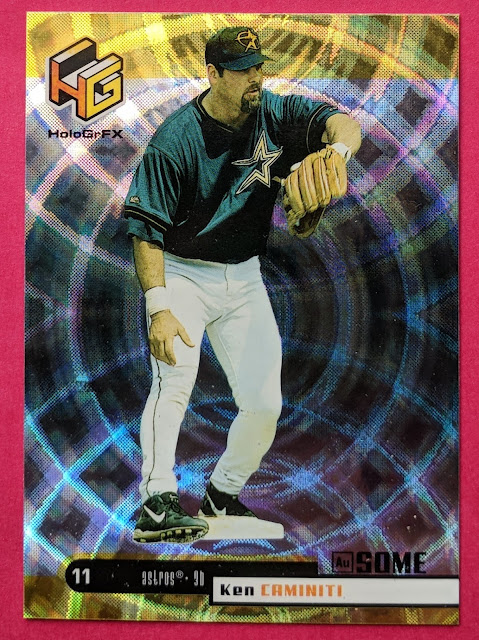 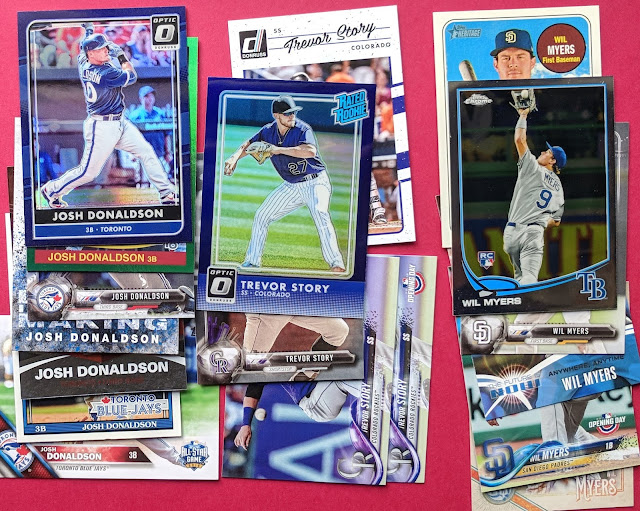 Ha, sorry, but these are kinda like opening a gift on Xmas morning and it's socks. John, I know your heart is in the right place, but Josh Donaldson, Trevor Story, and Wil Myers were knocked off my wantlist a few months ago. You can stop setting them aside for me please. What can I say, I'm a fickle player collector. 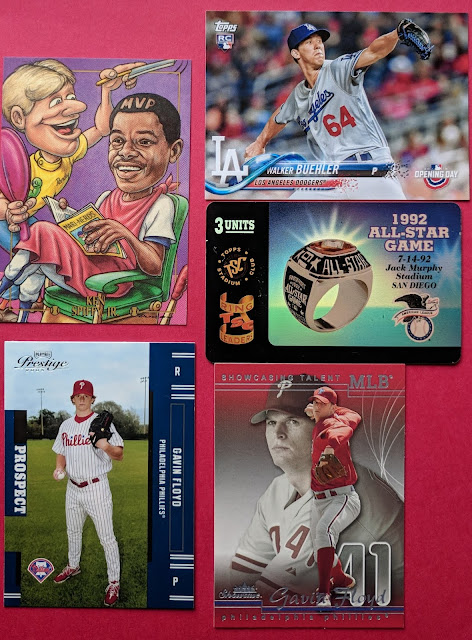 Some other cool miscellany.

Thanks, John! I'll round up some cards for you soon.

The yuletide celebration comes to a close with an incredible 4-card package from Raz. 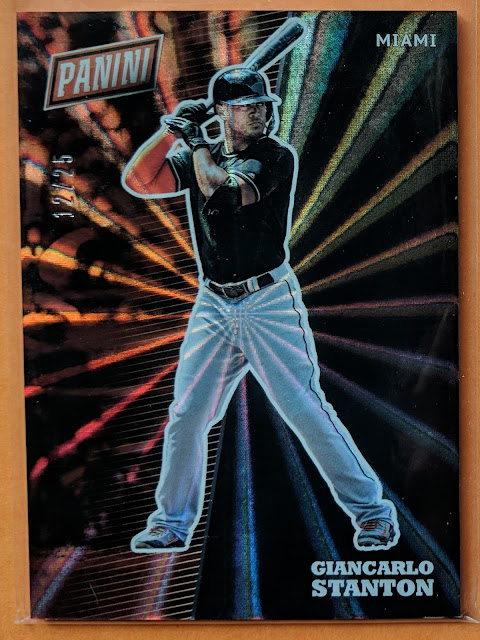 12/25 Giancarlo!! With lasers shooting out from his crotch! Awesome card. 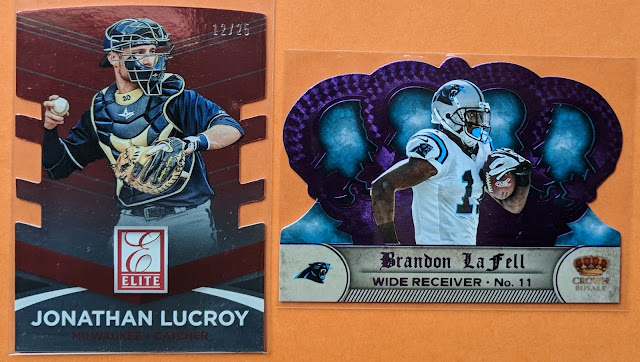 And here are a couple diecut 12/25's. I know Raz kinda/sorta is also a Christmas Card collector like myself, so he must keep an eye out for them, and was kind enough to share a few. 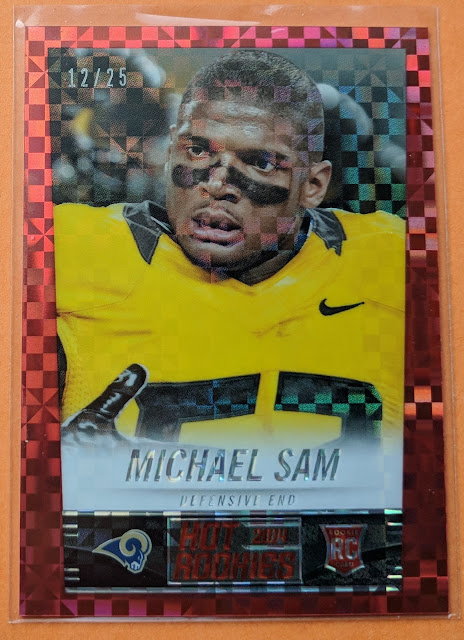 Shiny Michael Sam.. very cool. This might be the first minicollection double-whammy that hits both my Christmas Card collection and Pride PC.

Four cards and all 12/25.. wow, thanks, Raz! I know you said you weren't looking for a return, but I'll hit you back with a little sign of appreciation soon. (like it or not! lol)

Thanks again to Kermit, Nick, Rod, John, and Raz!
And thanks to you for reading.
Posted by defgav at 4:25 PM