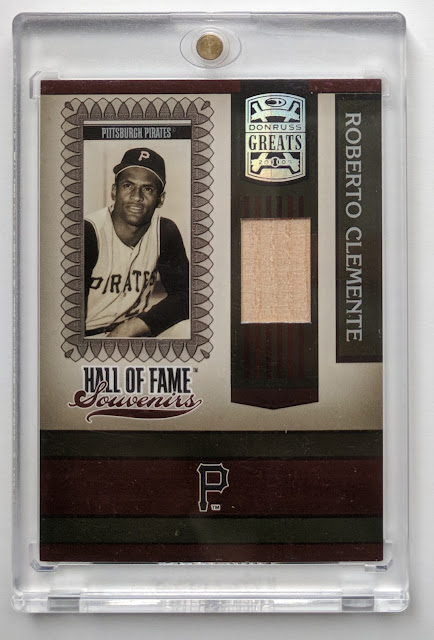 I've got a decent bunch of vintage Clemente cards, but was happy to add a modern hit to the PC recently. I have it on good authority that this bat chip is from his 3000th hit bat. No, I just made that up. It's probably not even really from an authentic Clemente-used bat, but who knows? Still pretty cool. It's from 2005. Not the greatest looking design, but at least it's got a nice, licensed photo.

With Albert Pujols passing him yesterday, Clemente is now 32nd on the all-time hit list. Miguel Cabrera and Robinson Cano will likely be the next players to crack 3000. 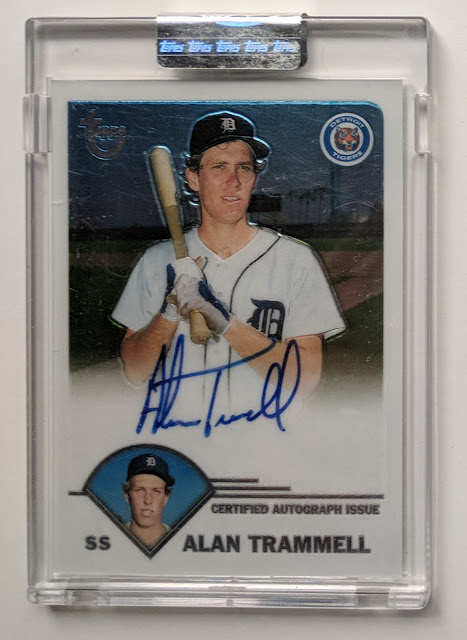 Picked up this Alan Trammell 2003 Topps Retired auto from the same seller. (Actually, I won this first, then took a look at the seller's other auctions and ended up with a great combined-shipping deal on the Clemente.) Tram doesn't have a ton of certified autos out there, and seems like there was a bit of a run on them following his surprise HOF selection a few months back.

Trammell is 134th on the all-time hit list and will probably remain there for a couple more years until Nick Markakis or Joe Mauer passes him.
Posted by defgav at 3:32 PM