I hadn't messed with any '18 Bowman besides a bad experience in a player break (the one that netted me nothing but base cards of Gavin LaValley out of 12 freakin' cases). Saw a lot of Twitter hype about the "mega boxes" that recently popped up on Target shelves. Lots of guys cleaning out their store's/town's inventory in one fell swoop, and other guys getting upset at this dick move. I had planned to sit this one out, but then yesterday I got a text from Kerry giving me a heads-up that the downtown Target by where we both work had some. It was a nice day, and my wife was down to join me for a walk, so we headed over to check it out. 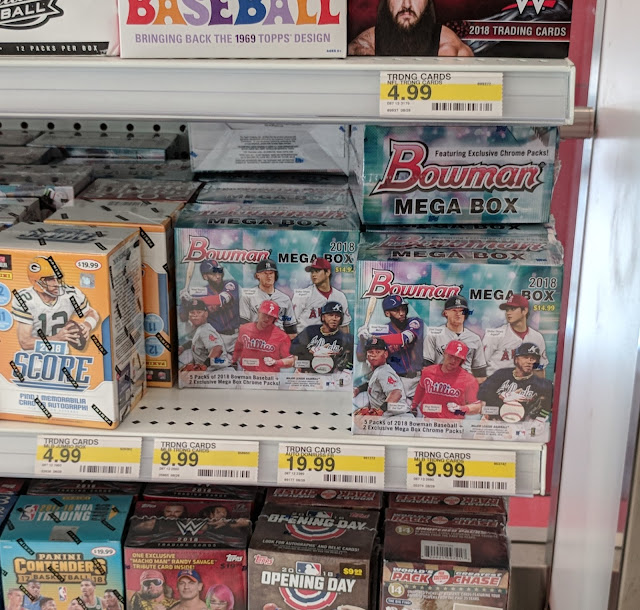 Yep, there they are. Don't believe the sign; they ring up at $14.99. I was gonna grab a couple, then went nuts and grabbed a third. While I was tempted to flip one or two on eBay (where they've been selling for around $40 each), I went ahead and busted all 3 of them over the course of the evening. 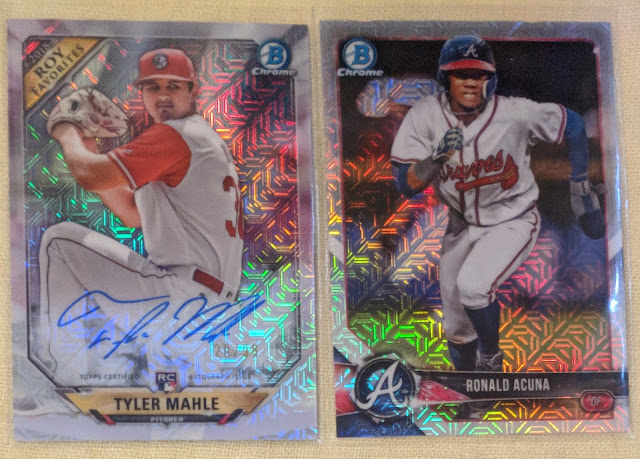 The first box got things off to a good start with a Tyler Mahle auto /99. Not a big name, but that pretty much covers the "value" of the box right there, as looks like these go for around $20 on eBay. Was happy to pull Ronald Acuna from a mega pack too. 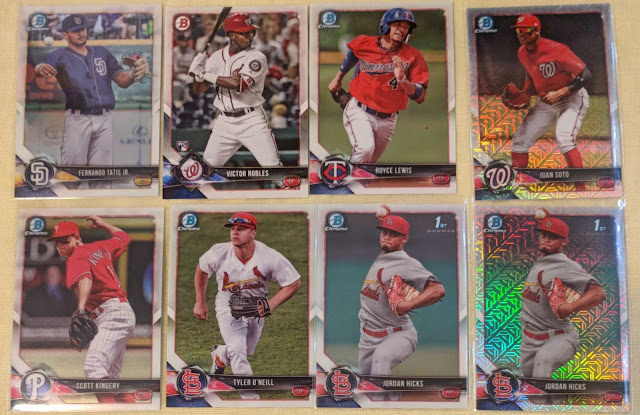 The boxes had plenty of hot, young talent, as you'd expect from Bowman. 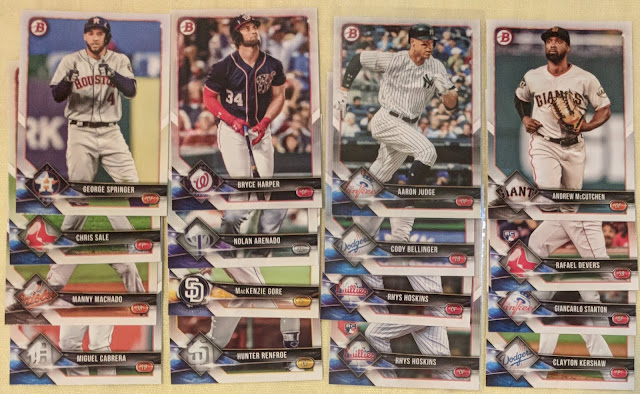 Plenty of PC hits for me among the paper base (there are apparently no parallels in the mega boxes besides those that might be in the 2 mega packs; the regular Bowman packs that are included are only base paper and a base Chrome card or two in each pack), including my first card of Cutch as a Giant. Not much dupes between the boxes other than one "deja vu" pack, but at least it netted me another Rhys Hoskins RC.

Found a couple Dodger prospects Zippy asked me to keep an eye out for. 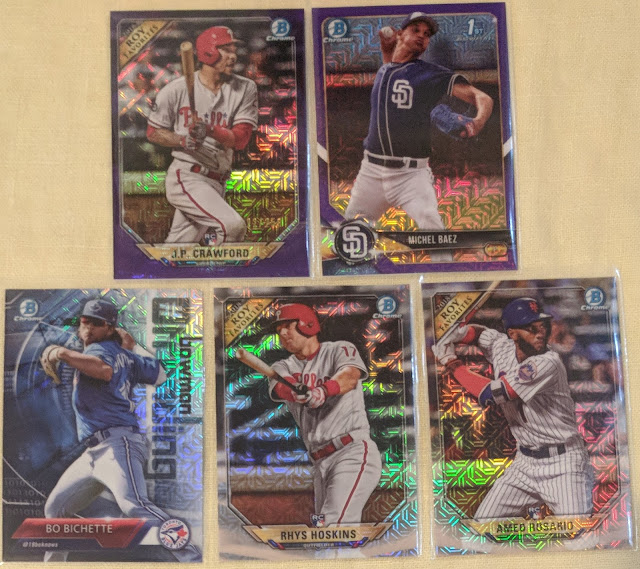 Pulled a couple /250 purple parallels, including a Padre prospect, so that's cool. Looks like Michel Baez is San Diego's #5 prospect at the moment (source). Despite his inclusion in the "ROY Favorites" insert set, Rhys is ineligible for 2018 ROY as he exceeded rookie limits during 2017 season, but I'm happy to land another card of his regardless.

Just when it looked like I would be shutout in the Shohei Ohtani sweepstakes... 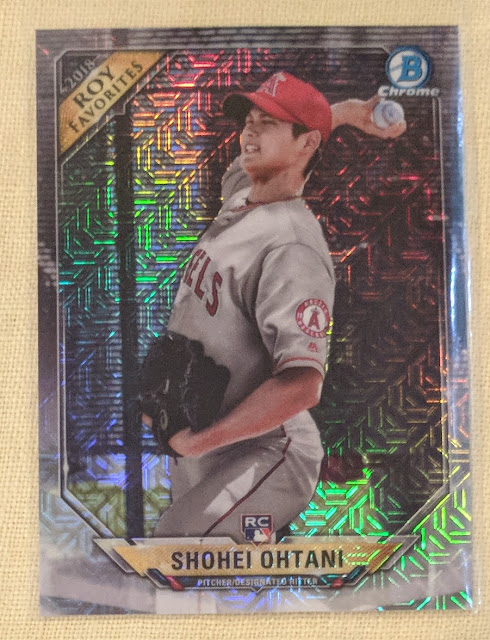 ...I pulled this guy in my final pack. Just an unnumbered, non-auto insert, but I'll take it. It's my first (real) Ohtani card. Though I haven't gone nuts over him like many baseball fans/collectors, still nice to get some representation in my collection. Pulling a shiny RC is a good way to go.

But no.. guess what else I pulled?! 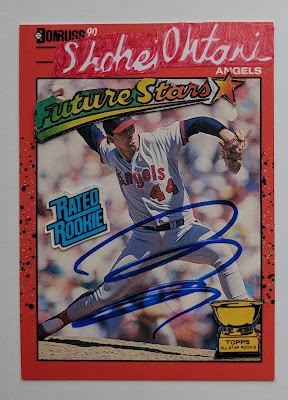 Ka-Boom!! Ohtani auto! You might remember I pulled the base version of this auto last month, but this megabox parallel is much more grandiose, as you can clearly see. I've done it again!

Anyways, I went back today around 11am with the intention of grabbing another box or two, but nope, they had been cleared out. Glad I grabbed some when I had the chance. While I didn't hit anything huge, still fun to get in on the mega mania and score some decent cards for my collection.


Thanks for reading and have a great weekend.
Posted by defgav at 3:33 PM