2017 Stars and Stripes box break with a bunch'a autos 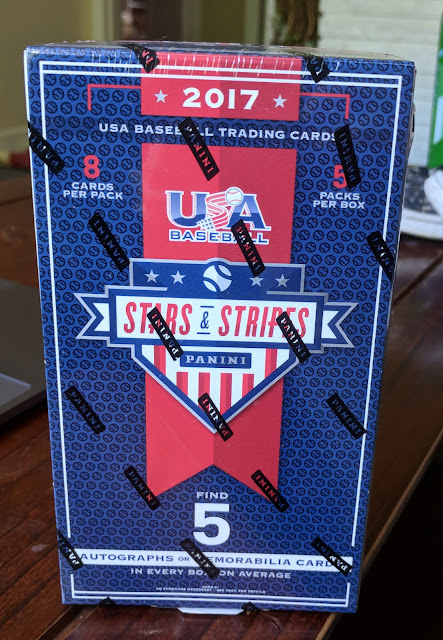 Like I did last year, I scheduled a Team USA product to be July's box from my Black Friday haul that I spread out through the year. Patriotic cards, ya know? I may be troubled over the direction our country has been pulled in over the past couple years, but I still love America and hope she can bounce back after we get some relatively decent human beings running things again. But enough of that; let's look at some baseball cards!

The configuration of this product is just 5 packs, but with each pack promising a hit. So it gave me less base cards than the earlier product I busted this time last year, but I'm ok with that, because unless you're a TTM fiend like Zippy, those base cards don't do you much good. I'm definitely not trying to complete the base set or anything, just hoping for a fun break with a decent hit or two. 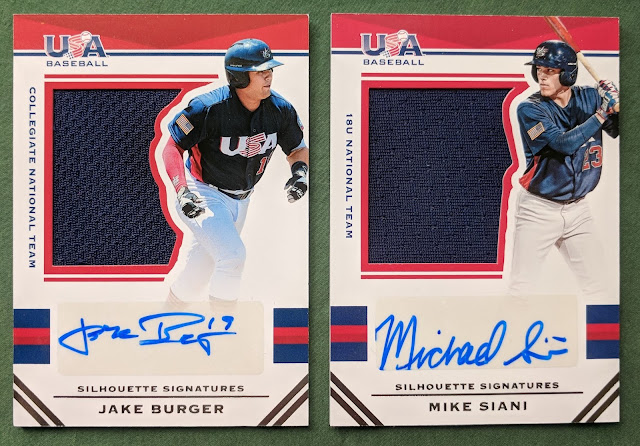 Here are a couple solid jersey/autos I pulled, each numbered /199 on the back.

Jake Burger, a big 3rd baseman, was a 1st round draft pick (11th overall) by the White Sox in 2017, but unfortunately lost his 2018 season due to an achilles rupture early in spring training. Hopefully he can bounce back next year.

Mike Siani signed with the Reds in the 4th round (109th overall) of the recent 2018 draft. He may have fallen down the draft board due to signability concerns, as he was leaning toward attending college at Virginia, but the speedy center fielder ultimately decided on going pro. 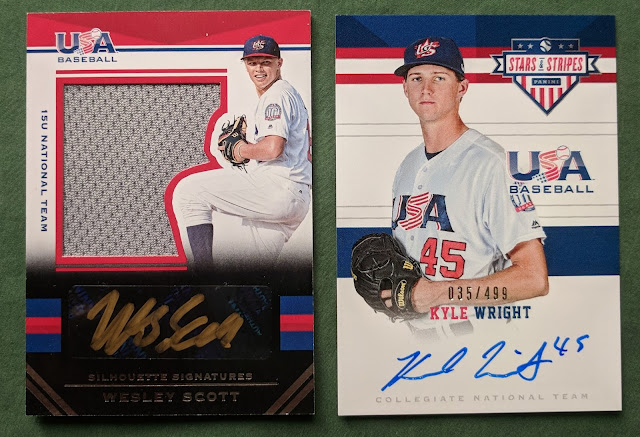 Wesley Scott is still in high school, on track to graduate in 2019. Amateur totals so far include a batting average of .430 and an ERA of 2.36. The metallic gold auto is cool, even if the fact it's a sticker takes it down a notch. But still a nice pull, #'d /89.

Kyle Wright was drafted in the 1st round by the Braves (5th overall) in 2017 out of Vanderbilt and is already in AA this season. After a few stickergraphs, it's nice to pull an on-card auto! This one is #'d 035/499. 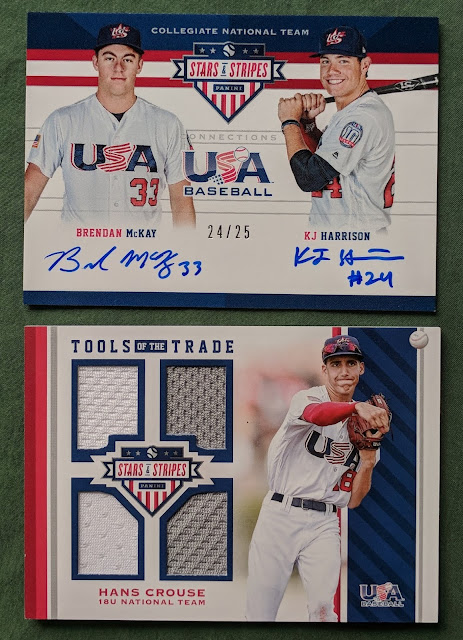 Brendan McKay was the 4th overall pick in 2017 out of the University of Louisville, and has been pitching well in the Rays' chain so far in his professional career. Looks like he's a 2-way player, also getting starts at 1B and DH.

K.J. Harrison was taken in the 3rd round (84th overall) of the 2017 draft by the Brewers and is now one of their top catching prospects.

Hans Crouse was drafted in the 2nd round (66th overall) by the Rangers out of high school in 2017 and has put up good numbers in limited action so far in the low minors. This relic cards with 4 different kinds of jersey fabric (?!) is #'d /199 on the back. 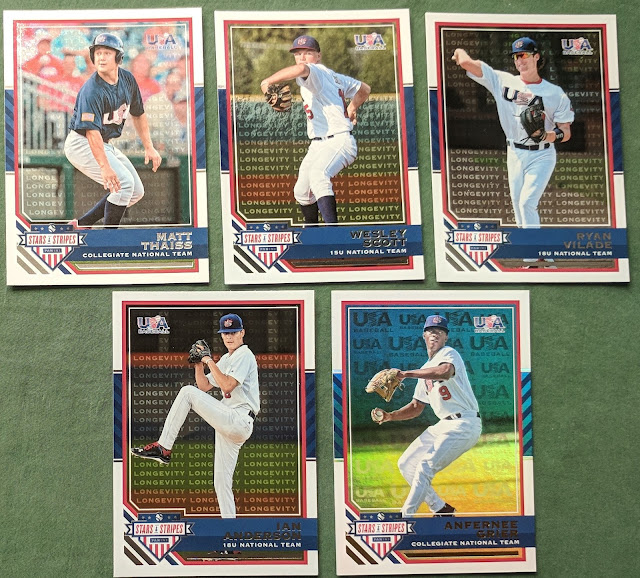 Each pack includes a foil parallel, usually a "Longevity" card. The highlight of this batch is the Anfernee Grier, numbered to 25 copies. The D-backs took him in the 1st round (39th overall) in 2016, though he hasn't had much luck in the minors as of yet. 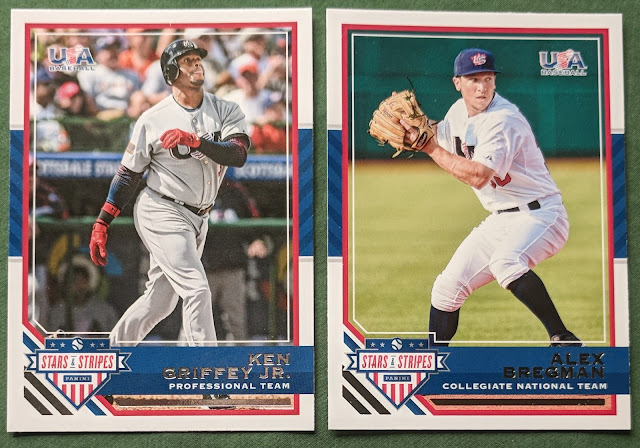 The base cards included a couple familiar names among the kids, with me pulling a Griffey and Alex Bregman for the respective PCs.

So there you go. Pretty solid box for the BF sale price of $29.95 shipped, with autographs of six different young dudes, plus a quad relic and more. I think the box probably already broke even as far as value, and has the potential to be a very good box should one or more of those guys I pulled an auto of go onto a nice MLB career. I'll plan to hang onto the cards, though feel free to try talking me into a trade if anything caught your eye.

Thanks for reading and Happy 4th of July, everybody!