A haul of cards celebrating 10 years of Cards on Cards

Cards on Cards recently reached the milestone of a decade of cardblogging. Kerry generously celebrated with free group break for his readers. I jumped in and and snaked the Red Sox. Yeah, they're not my #1 team (sorry, Padres), but well, I collect a lot of their players, plus I've probably traded with more Red Sox collectors than any other team over the past year or two, so it's always nice to add some trade fodder. Seeing as he's a fellow Portland resident, we met up the other day to save shipping. I scrounged up a handful of Cardinals for him, and he gave me my haul from the break with plenty of bonus cards. 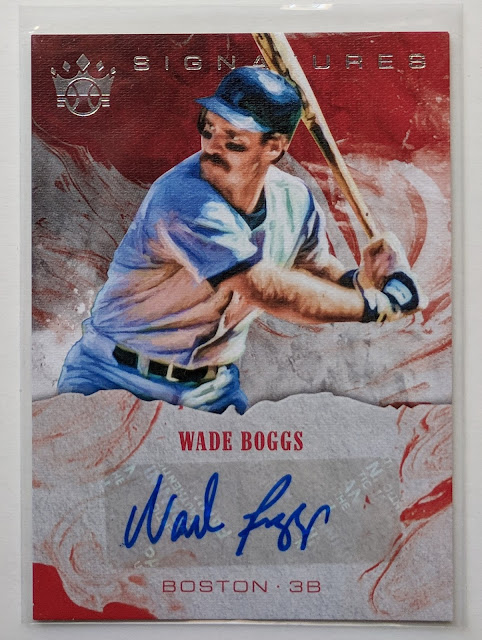 Nice Wade Boggs auto! I was pretty stoked to land one of the highlights of the big group break. Kerry tempered expectations by saying this card came damaged out of the pack, and yeah the upper right corner was dinged a little, but not as bad as I was expecting. 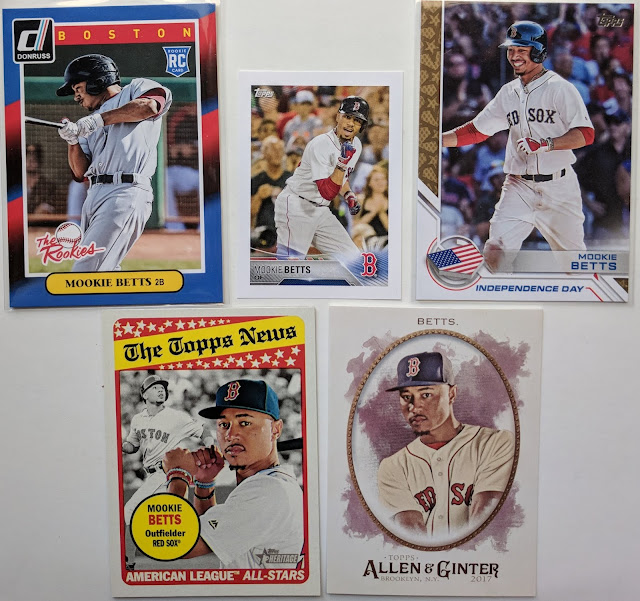 Some great additions to my Mookie Betts collection, highlighted by a 2014 Donruss The Rookies RC. There's only one of these on COMC right now and it's priced at a ridiculous $49.95.. Geez! He's making a strong case for 2018 AL MVP. 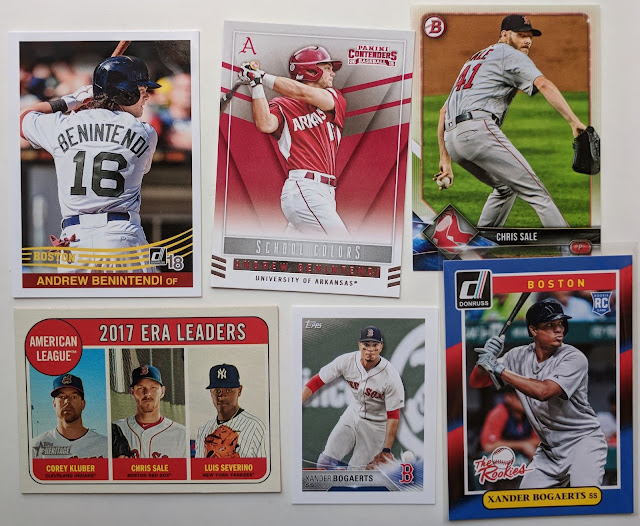 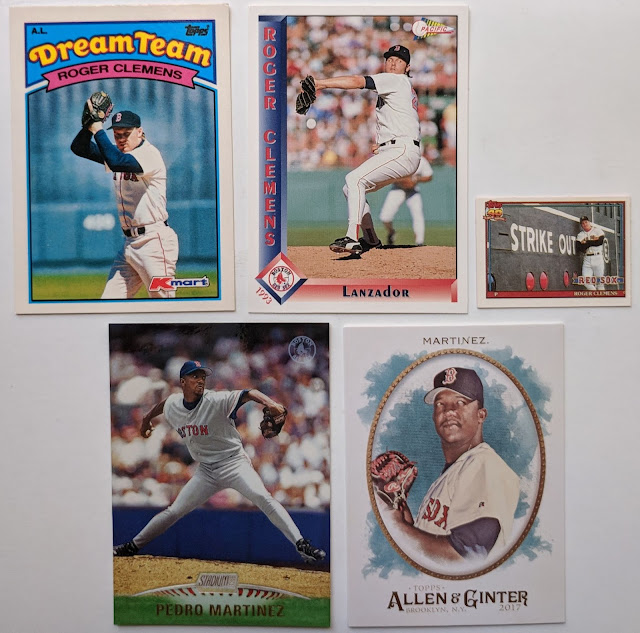 A couple all-time pitching greats here, with Clemens and Pedro. 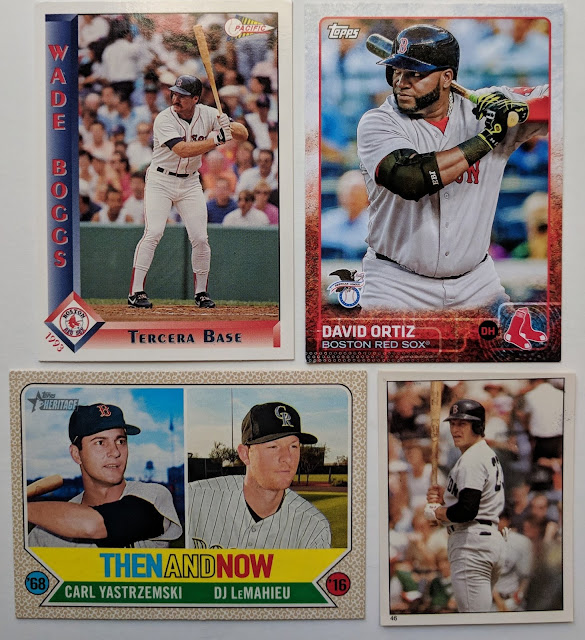 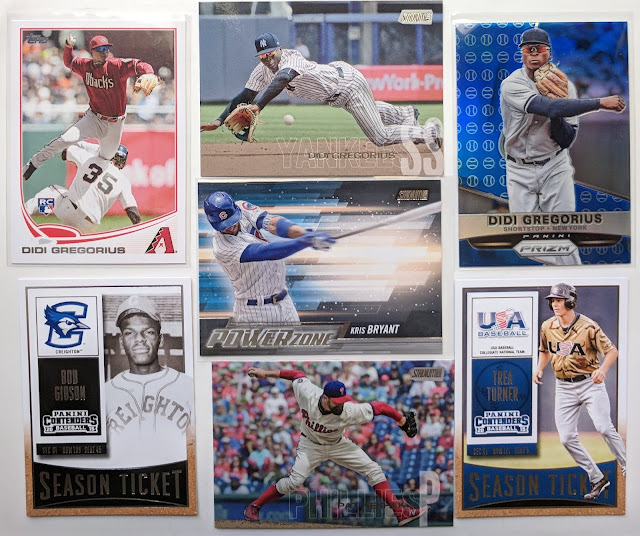 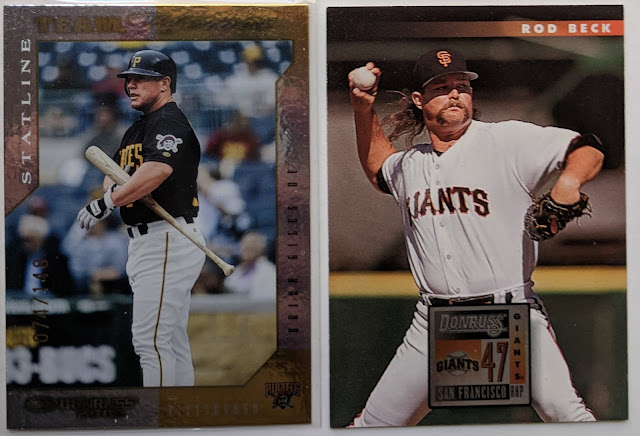 A numbered Brian Giles (making a consecutive appearance on my blog after a starring role last post) and fan favorite Rod Beck. 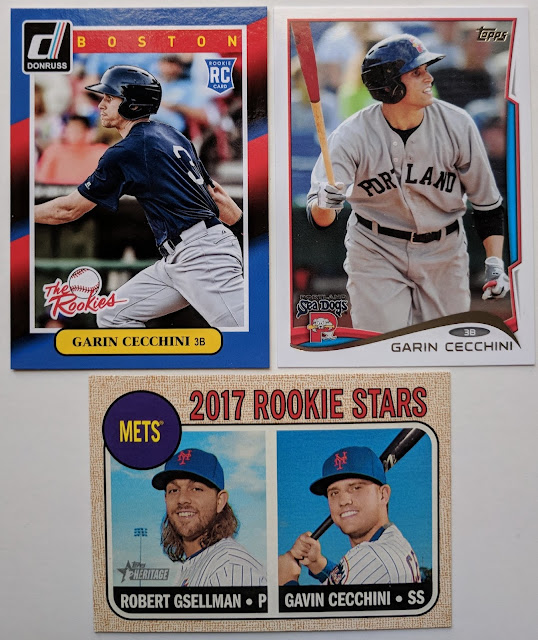 The Cecchini Brothers haven't done much this year; Gavin hanging out in AAA, Garin playing in Mexico. But best of luck to them. 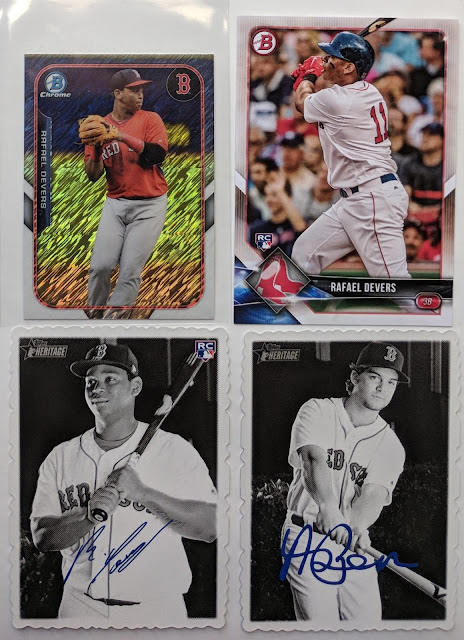 Oh, some more Sox, with a nice trio of Devers. Love that shimmer mini. And Kerry hooked me up with a bunch of basketball cards too. 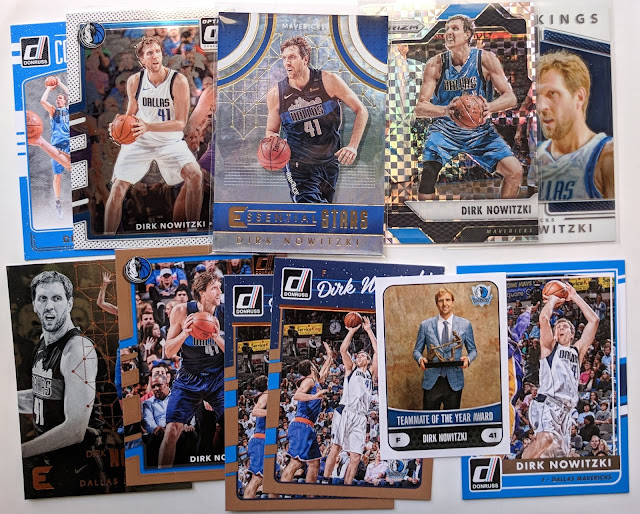 My Dirk PC got a big boost here. Happy to hear he's coming back for another season. 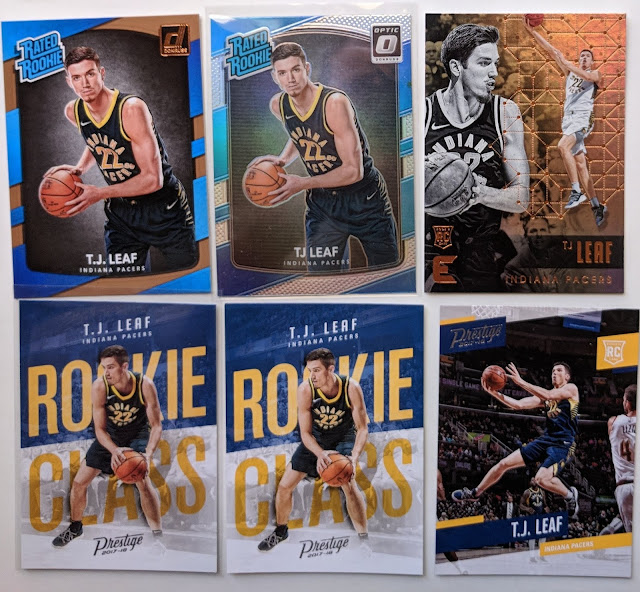 Hometown hero of mine, TJ Leaf! I only had 2 or 3 cards of his cards prior to this. 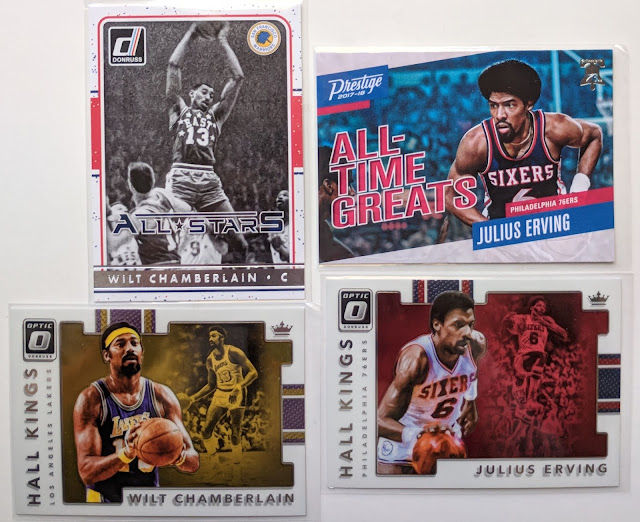 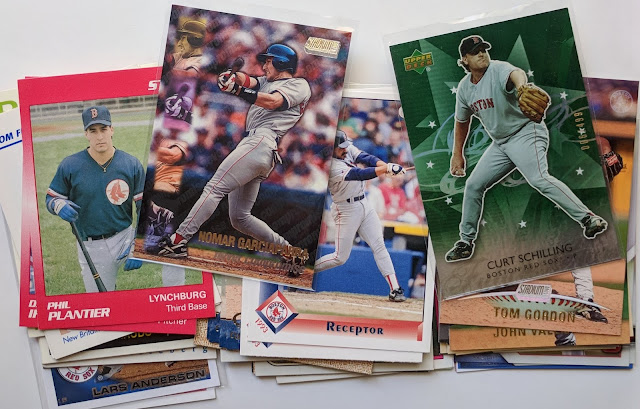 And a bunch of other Red Sox that didn't fit my collection to add to my tradeables box. Plantier minor league, Nomar SC insert, #'d Schilling. All up for trade. 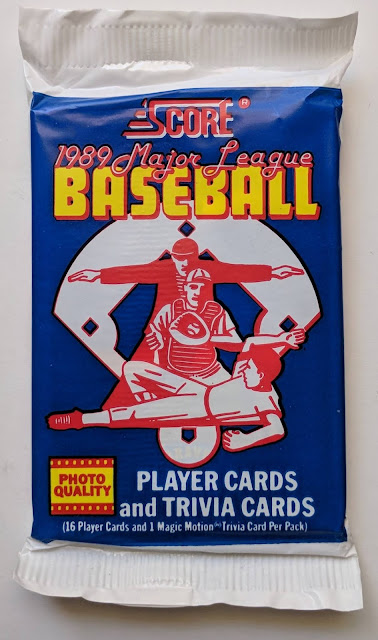 Unopened pack of '89 Score to add to my rainy day stockpile. I like this set despite being horribly overproduced and would likely pick up a set if I found it for ~$5 at a card show sometime. So yeah, should be a fun rip. 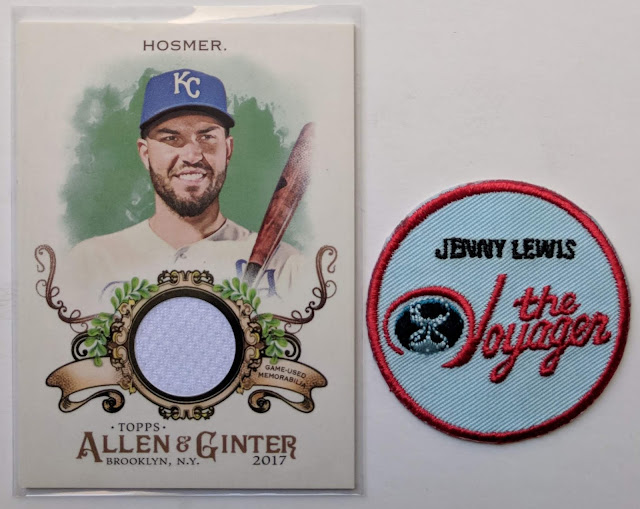 Finally, a little cloth. Love the Hosmer relic. He's been solid for the Padres this year, though the team has had a lousy 2nd half. (I'm deeply troubled about reports they're looking to give up some of their top prospects in exchange for a starter like Chris Archer or Syndergaard.. NO!! Trust the process. Just have patience for another year or two. Don't do anything stupid and screw up the future.) And Kerry must've remembered my post talking about my love for Rilo Kiley / Jenny Lewis, hooking me up with this cool little patch.

Thanks so much for your generosity, Kerry! Lots of great stuff here. Congrats again on a decade of blogging!
Posted by defgav at 4:25 PM