First up is from a man of many names who tweets at @TwitchWasHere. He's been stockpiling cards for me for the past year or so, packing a big punch.

Here are 3 cool cards that on the surface don't seem to really fit into my collection, but flip them over... 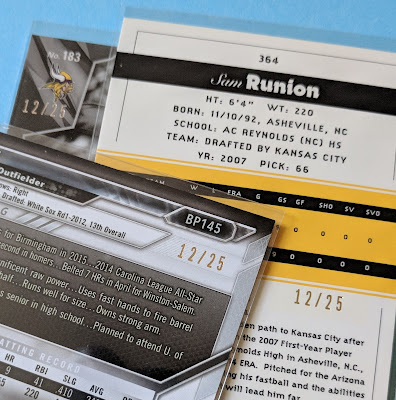 Christmas Cards!
Rodney Smith bounced around the NFL for a few years and is currently playing in the CFL.
Sam Runion pitched a decade in the minors, currently in independent ball.
Courtney Hawkins was a 1st round pick by the White Sox in 2012, but couldn't get it together and is now also playing indie ball.
But hey, these castaways are welcomed guests into my collection thanks to the festive serial number! 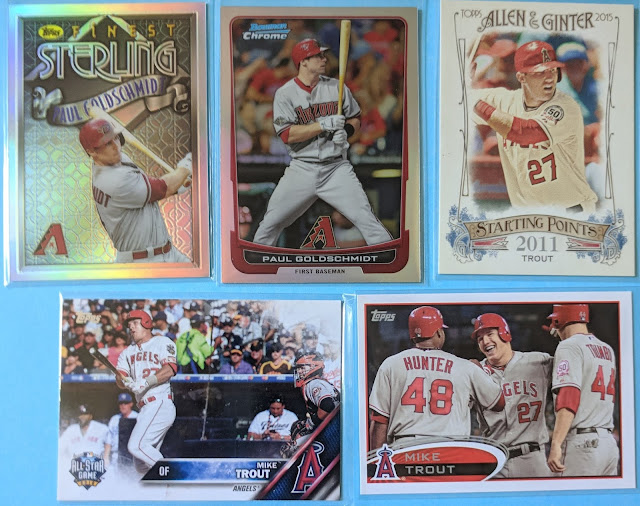 Shiny Goldys and some Trouts! 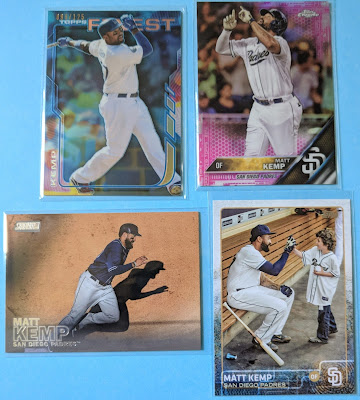 Who would have thought Matt Kemp would return to his All-Star form from years past?! Love the 2015 photo variation high-fiving a kid. 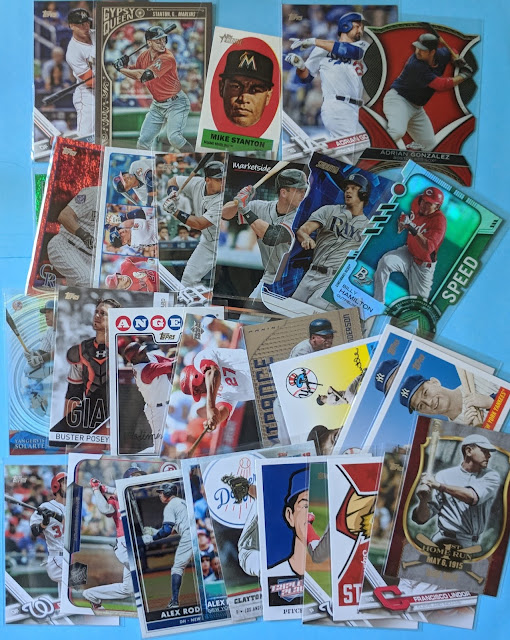 And a bunch more cool stuff I don't have time to mention, but there they are! 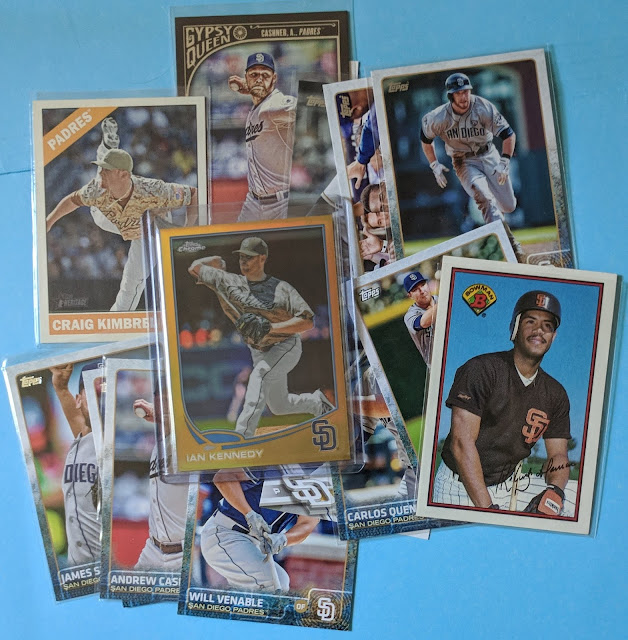 Some various Padres highlighted by an Ian Kennedy gold refractor. 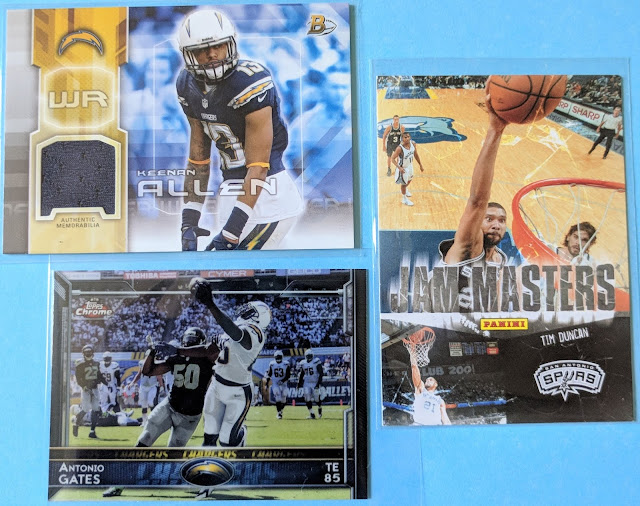 A couple Chargers and a Tim Duncan. 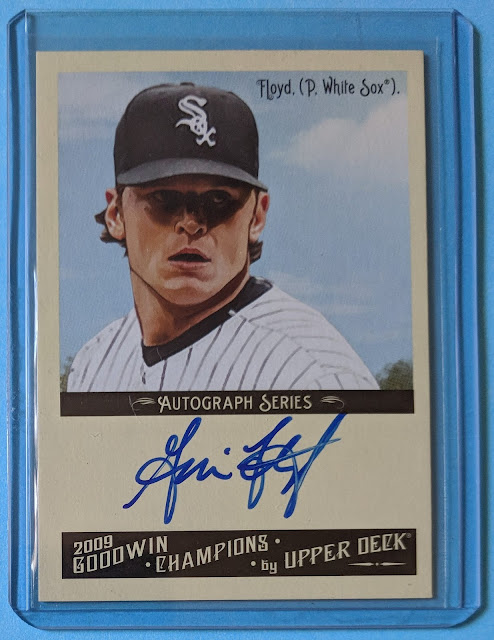 Nice Gavin Floyd on-card auto to close out the package.

Big thanks, CC! I'm rounding up a return for you.

Next up is a potent little PWE from Dennis, with an aftershock from our recent bigger swap. Looks like he targeted my Desperate Double Dozen wantlist and really did a number on it. 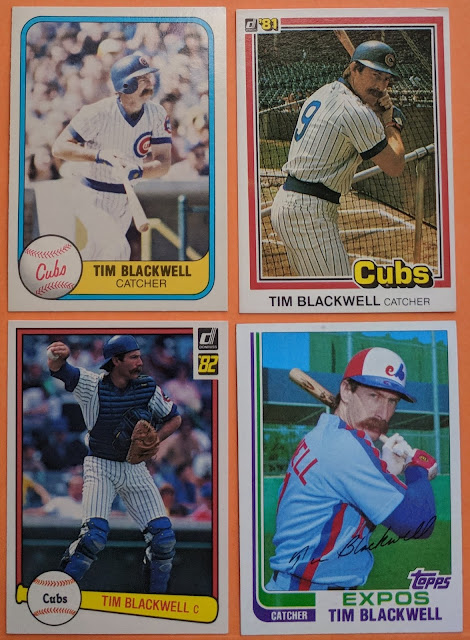 This 4-card lot help my burgeoning Tim Blackwell PC get closer to respectability. Much appreciated! 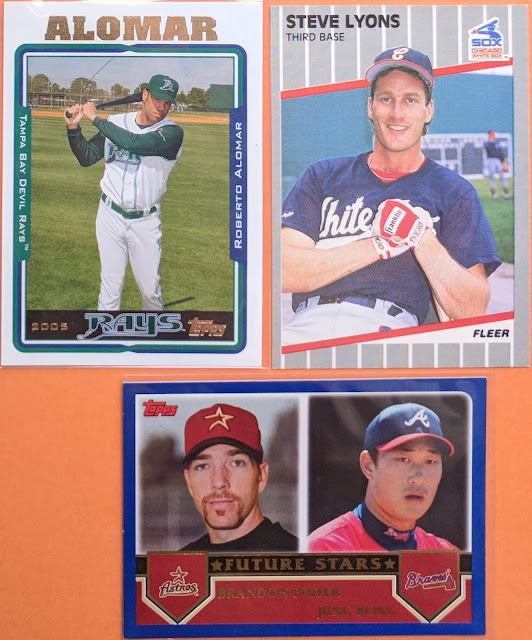 I've been after that short-term stop Roberto Alomar since seeing it on Dimebox Nick's blog a while back.
And while someone else narrowly beat sending that Steve Lyons '89 Fleer to me, I'm happy to get this dupe because now I can try a TTM with one.
And as for the Bong/Puffer card, as a fan of quirky cardboard, that's one I've wanted to add to my collection for a long time.

Thanks so much, Dennis! I'll try to scrounge up some cards to send your way soon.

Last one for today is a contest win / trade hybrid from John Miller. 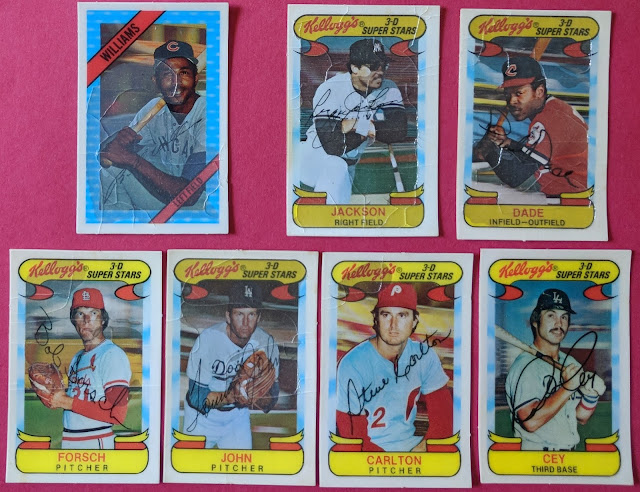 In his recent Big Fun Game, I ended up stealing a prize of a Kellogg's lot. Some of these are pretty darn cracked, but some, like the Penguin, are nice enough to send in for grading, if one was so inclined. 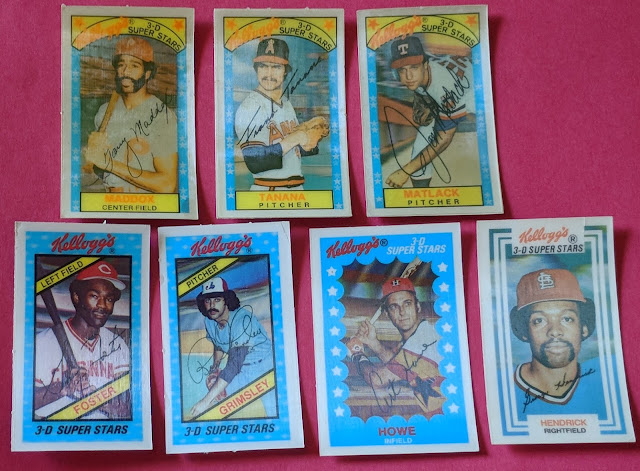 I just love Kellogg's cards and figure perhaps someday I'll work on putting a run together, so I couldn't resist yoinking the lot from Bo, who had previously stolen it from the Dimwit. 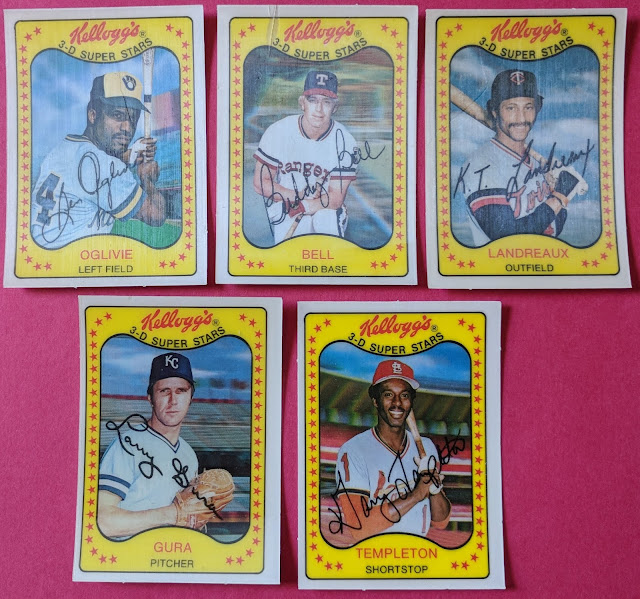 Love that Templeton! Thanks again for the Big Fun Game! 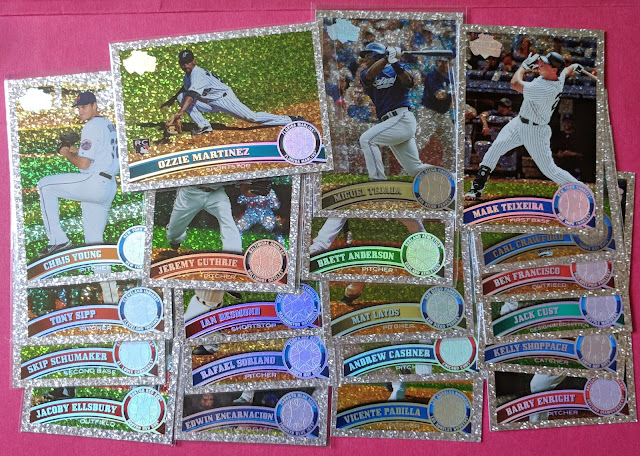 John also threw in a big lot of 2011 Topps diamond parallels for me. Excited to go through my checklist and hopefully knock several numbers off. (Update: I needed about a third of them. Took me to over 46% completed with this parallel frankenset of mine.) 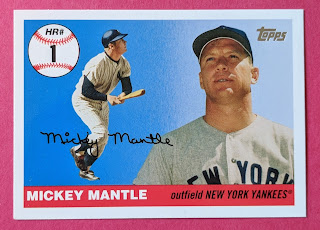 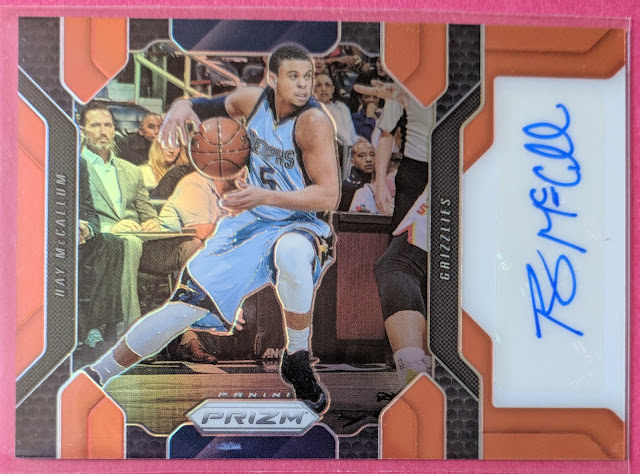 I have no idea who this guy is, which means my eyes start looking around the card for a serial number. .... Yep!... 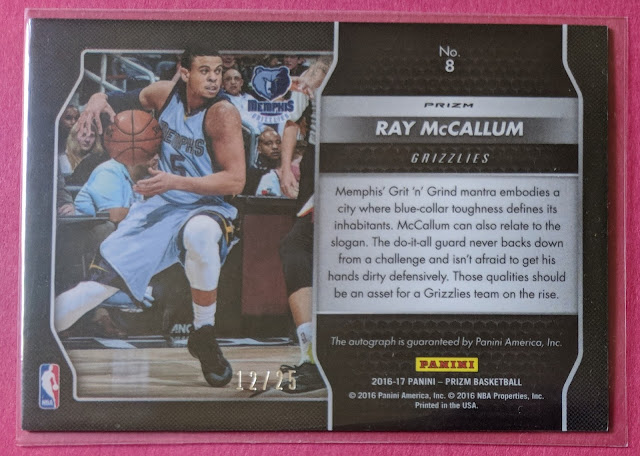 It's indeed another Christmas Card for my collection!
Ray McCallum bounced around for a while and is currently on a team in Turkey. 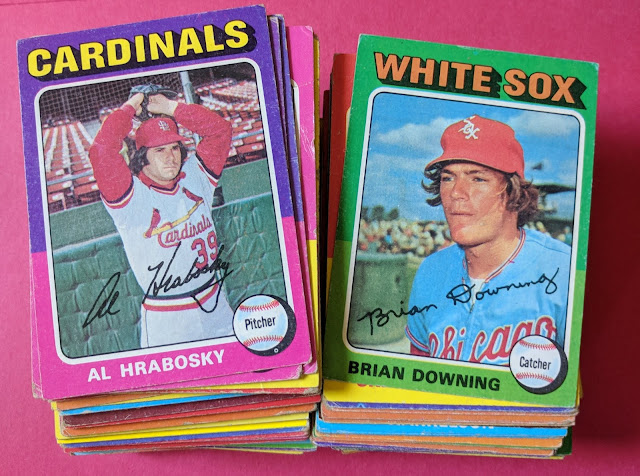 But the heavy-hitter of John's package was a starter lot of 1975 Topps. There's probably about a third of the set in there. Awesome! This is a set I'll likely go after in earnest after I finish off some of my current set-building projects. Great to have a nice foothold for starting a set.

Thanks, John! I'll get a return out to you soon. And yeah, feel free to hit me with any custom requests whenever.
Posted by defgav at 4:59 PM