My buddy Matt at Sport Card Collectors and I swap blind PWEs on the regular, but once in a while we bring out the big guns and hash out a full-on trade. I had been stockpiling a few nice cards for his collection, and recently cashed them in for a nice haul. 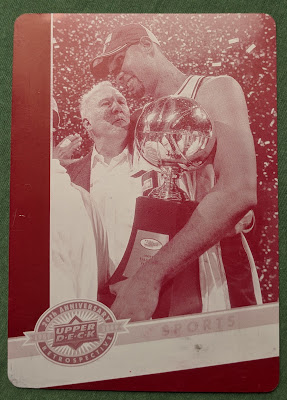 Tim Duncan printing plate! Great shot of him and Pop celebrating a championship with the Larry O'Brien NBA Championship Trophy as confetti falls.

And the plates don't stop there... 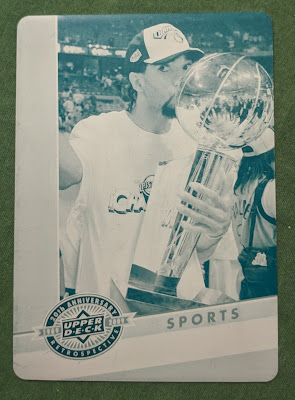 Now this one is actually a plate mistake in the deal. It was supposed to be another Tim Duncan plate, which at first glance it would seem to be, thanks to the partially obscured face. But while researching the card for this post, I discovered it's actually a Detroit Pistons player celebrating the 2004 championship. Here's what the base card looks like, courtesy of COMC: 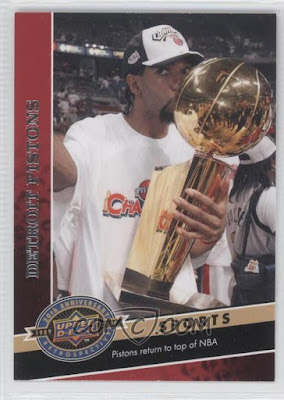 D'oh! Yeah, upon closer inspection, that's definitely not Tim Duncan. I'm pretty sure it's Richard Hamilton, though the card doesn't identify any specific players. (To his credit, Matt was very apologetic when I brought this up to him and said he'd make it up to me.)

Oh well, not a big deal.. I'll probably trade or sell that one since I don't collect Hamilton, though he had a very fine career. (Let me know if you're interested in it.)

And it's not like I've got a shortage of Tim Duncan printing plates... 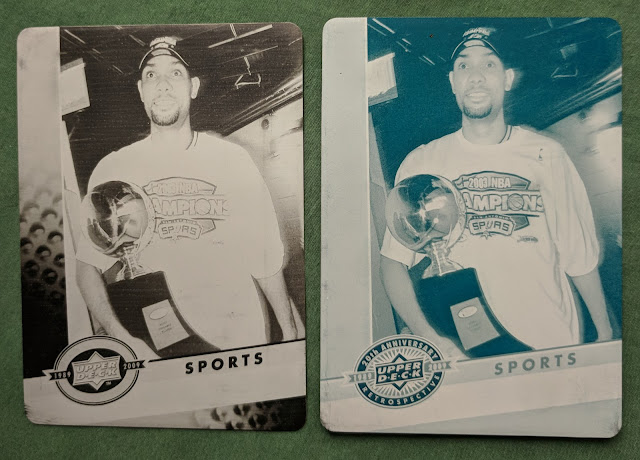 Yep, two more Tim Duncan printing plates were included in our trade! This wide-eyed card commemorates his incredible 2002-2003 season where he capped off winning regular-season MVP by getting even better in the playoffs and winning Finals MVP, too. 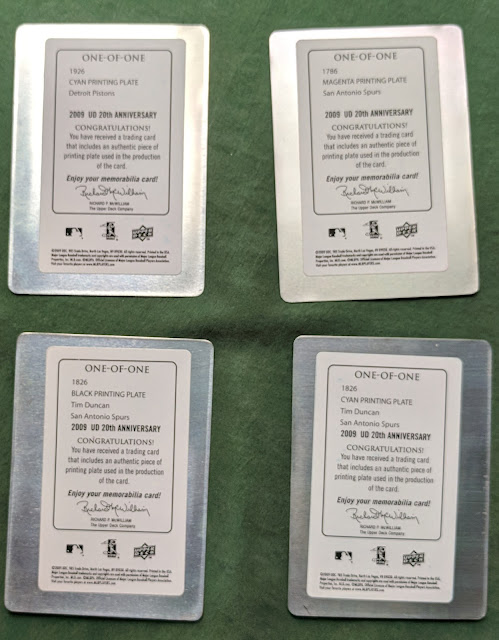 All 4 are from the 2009 Upper Deck 20th Anniversary Retrospective set, a huge multi-sport product. 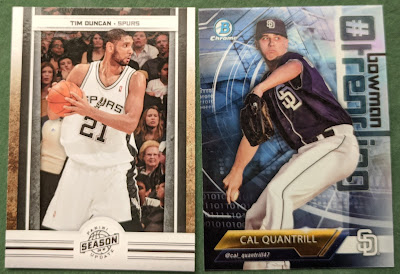 A couple bonus cards include another Tim Duncan and an insert of Padres pitching prospect Cal Quantrill.

Thanks again for the trade, SCC! This definitely kicked my Tim Duncan PC up a few notches. Now if I could only score an autograph one of these days.