The Captain and 2 Fleer

Swing and a miss coming up with a clever name for this post, going with a stretch of a Captain & Tennille reference. I also thought about going with an arms pun (like "Call to ARMS" or "ARMS wrestling") since it's mostly about my Archives Reserve Master Set.

To refresh you on that project, I have a long-term goal of collecting a copy of every Archives Reserve card ever made. This is feasible because there are no printing plates, parallels, or serial numbered cards (unless you want to count buyback autos from recent Archives Signature products, which I am not going after, only the original 2001-2002 run.)

While there are enough autos and relics left to keep me working on this goal well into my golden years, I'm closing in on finishing all the non-hits. I've got complete base sets for all 3 Archives Reserve sets: 2001 baseball, 2002 baseball, and 2001 football. What I'm working on now are the 2001 Archives Reserve Rookie Reprints, which are inserts that were only available in the "Limited Edition" factory set of 2001 Topps, making them tough to find. 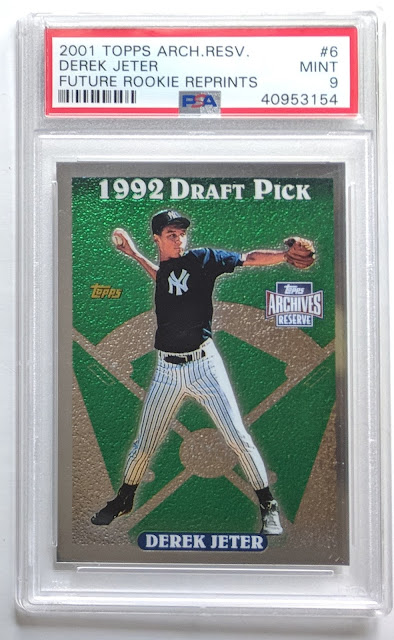 Derek Jeter here was a big one to check off. It rarely pops up at a decent price, so I was all over it when it recently showed up on eBay at a low opening bid. I don't care about the fact it's graded, though I have no plans at this time to break it out.

(BTW, sorry to flood your Blogger timeline with Jeets.. coincidentally Sport Card Collectors and Dime Boxes both posted with him leading off their blog today.) 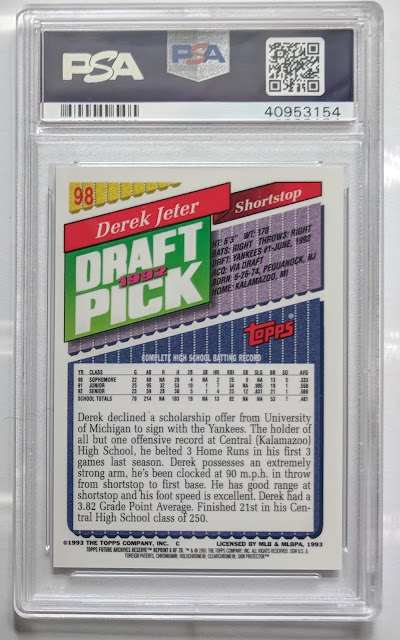 I think this is my best Jeter card now, and will probably remain on top unless I manage to score an auto someday. 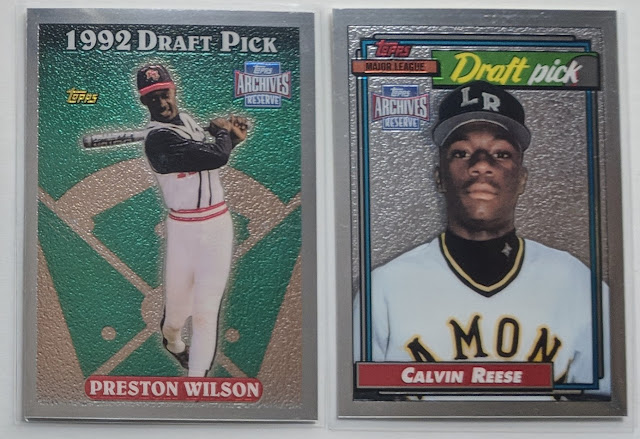 In my recent COMC order, I snagged a couple less exciting names I needed, Preston Wilson and Pokey Reese.

Some big names there, with the Rickey likely to set me back the most.

Now for the aforementioned 2 Fleers... 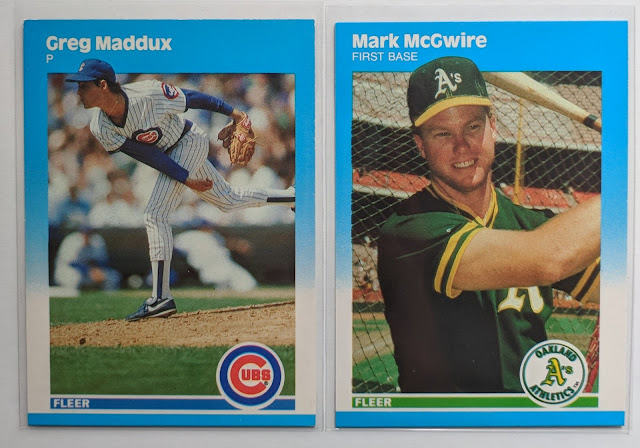 I've nearly finished 1987 Fleer Update. While I would have liked to complete it only through trades, I caved and grabbed the two big cards I was missing during the COMC sale event a while back, figuring they'd be hard to come by via trade.

I've said it before, but it must have sucked for Fleer to have missed including Mark McGwire in their base set in '87 when he was so hot. But the Bo Jackson and Will Clark were pretty huge back in the day, so they probably carried the set fine. As for Greg Maddux, only Donruss had the foresight to include him in their '87 flagship set, though his rookie year wasn't very good, so that probably didn't effect pack sales much.

Anybody got any of those and want to swing a trade? Let me know.