Let's finish up with my haul from the card show a couple weekends back. Last time was the vintage cards, but now these here are the more-modern cards I picked up from the dimeboxes. 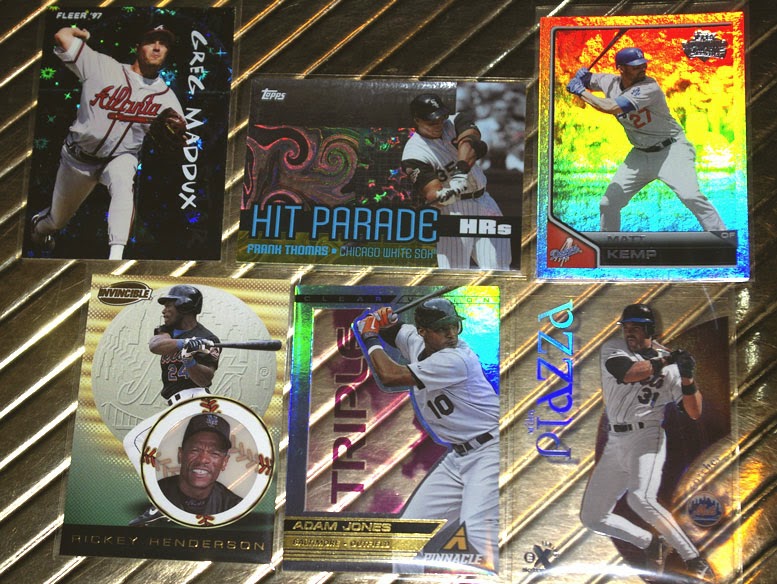 Here are the neat looking cards of the bunch, with the shiny on top, clear on the bottom. 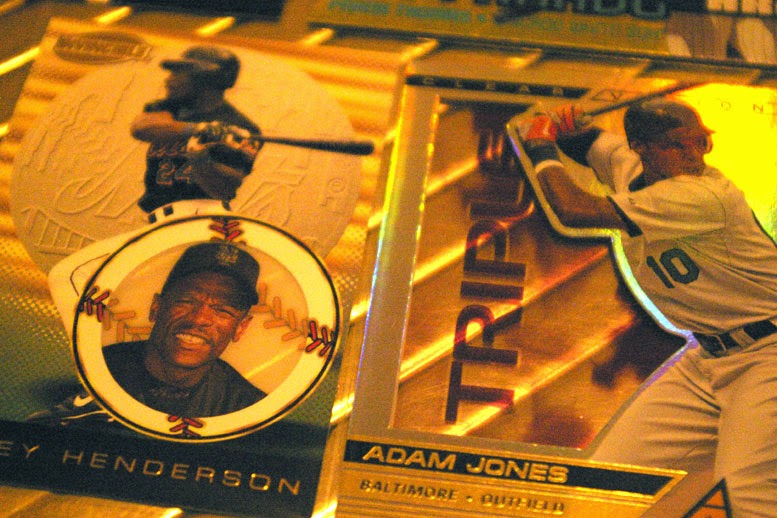 Rickey only has a little bit of translucent area behind the headshot. The Adam Jones is a 2013 Pinnacle Clear Vision insert, my first one of these things. There are 4 versions with "single" being the most common, through "home run" being the rarest. So this "triple" is a reasonably tough pull and hard to pass up for a dime. 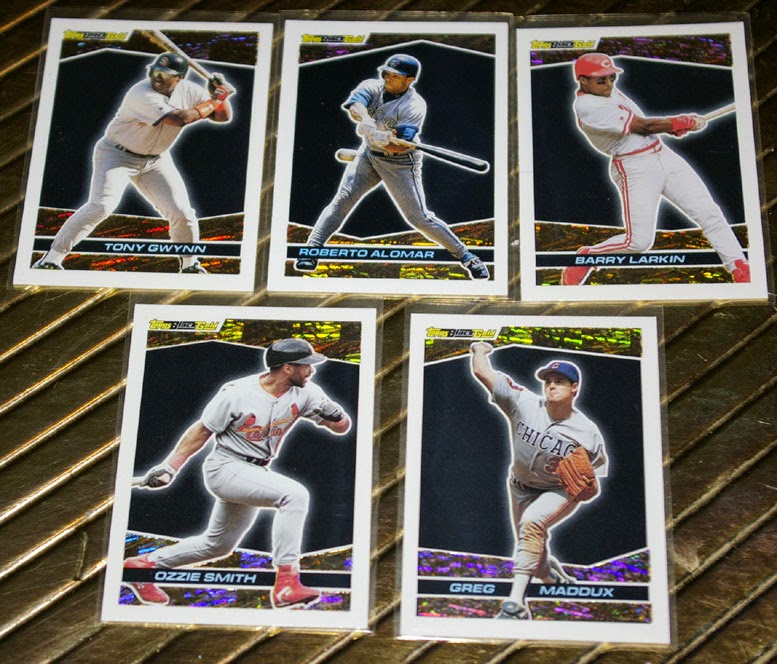 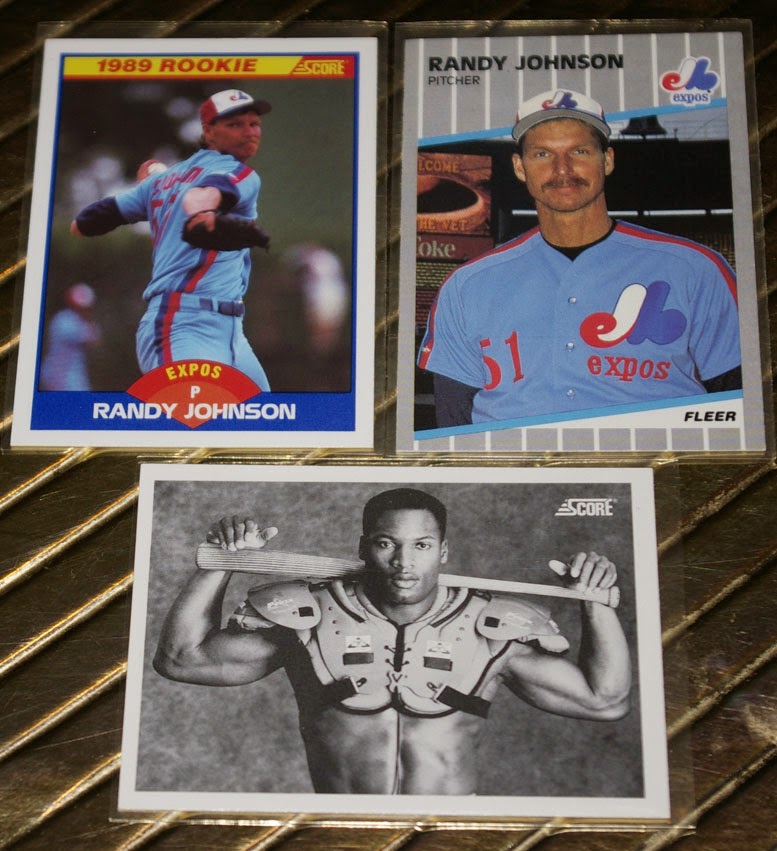 Here's some more from the junk era. A couple newly-inducted HOFer Big Unit RCs, and the iconic football/baseball Bo Jackson special from '90 Score. I already had one from back in the day, but sheee, for just ten cents, I'll pick up another. Maybe I'll sacrifice it to an arts & crafts project, such as making it glow in the dark or something. 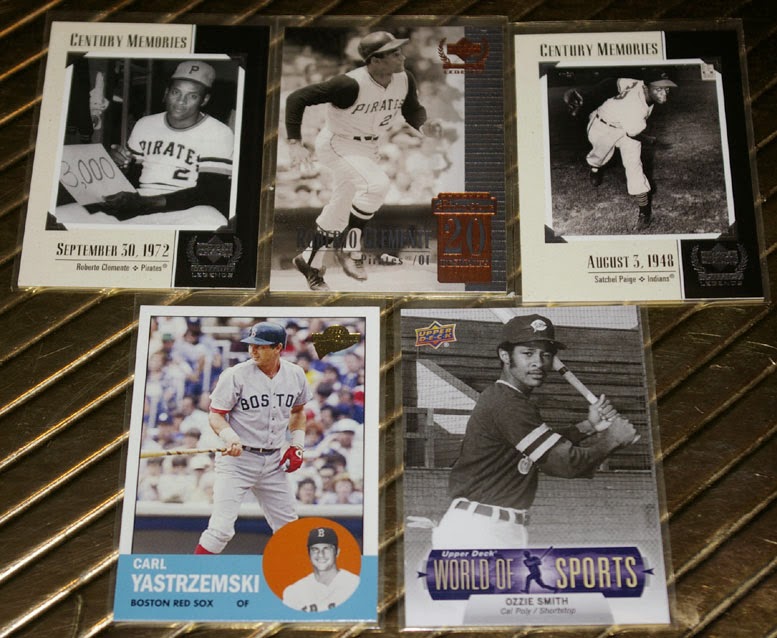 Picked up some modern cards of old-timers, per usual. Cool picture with Clemente giving a nod to his 3000th hit, but sad to think that it's possibly the last time he was photographed in his Pirates uniform. The Ozzie card pictures him in his college uniform from Cal Poly. 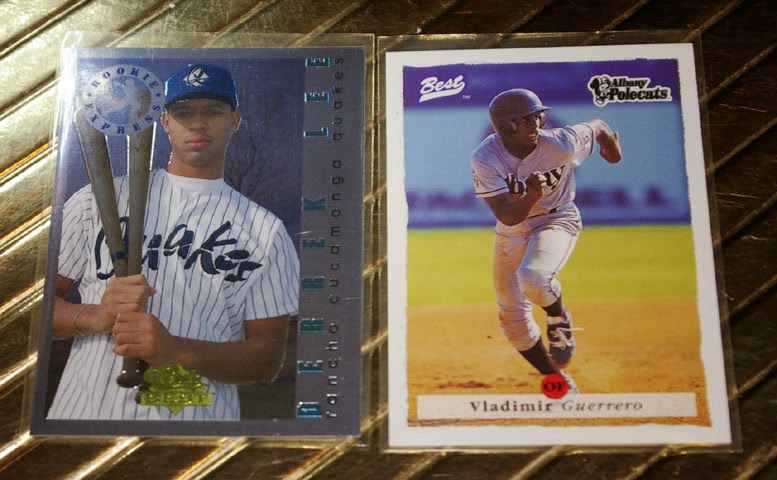 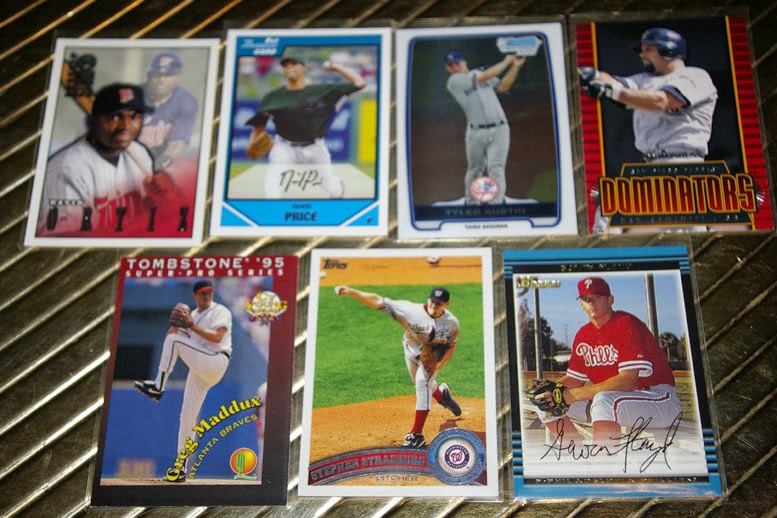 And I got 3 glow-in-the-dark cards:

I've actually bought all 3 of these cards previously. The Robbie Alomar I had ordered from COMC but due to a mixup on their part, I ended up with the non-glowing version. Glad I could rectify that. As for the other 2, they're dupes, but I love glowing cards, so if I see them that cheap, I pretty much gotta pick 'em up. 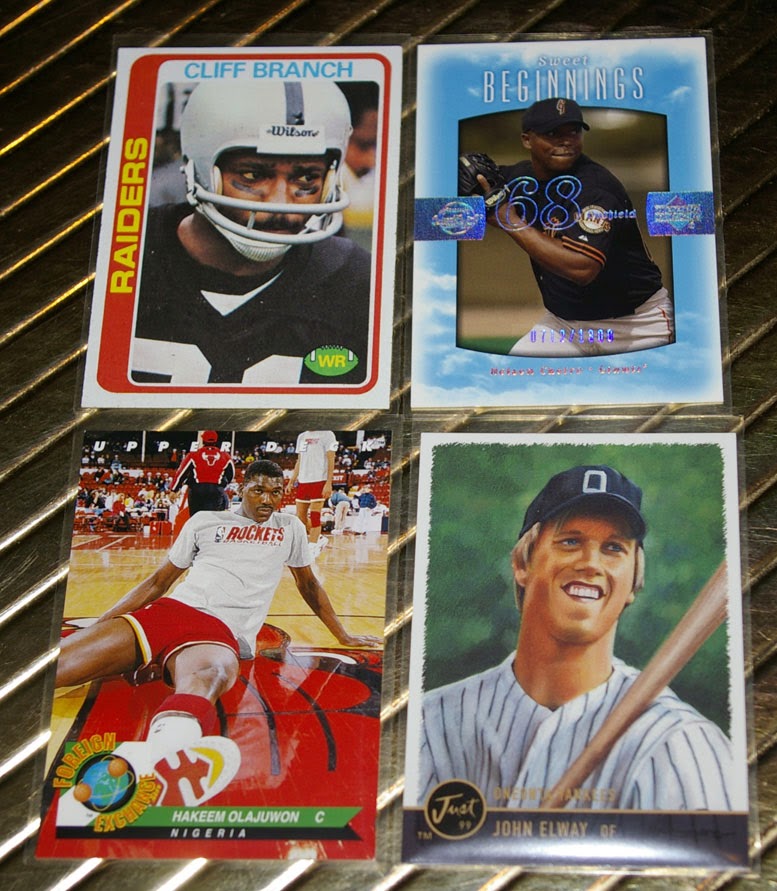 "And the rest." A vintage football card. A numbered Giants card. Hakeem. And John Elway painted in a minor league uniform from his brief stint as a pro baseball player.

There you have it. Pretty successful dimebox dig, I think!
Thanks for reading.
Posted by defgav at 3:59 PM